Iceland's chef of the year is Hafsteinn Ólafsson 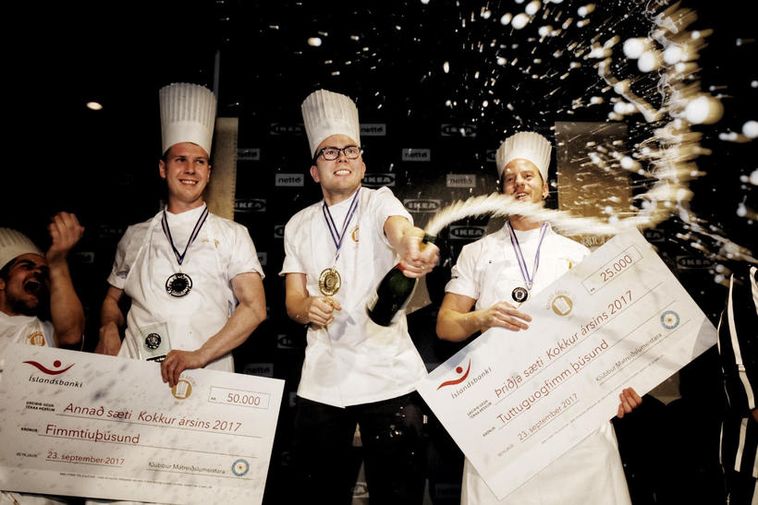 Hafsteinn Ólafsson, centre, is Iceland's chef of the year. Photo/mbl.is

Hafsteinn Ólafsson, chef at Sumac Grill & Drinks in Reykjavik, has won chef of the year award 2017 in Iceland after battling it out in an exciting contest at Harpa Concert Hall and Conference Centre.

Head judge was Krister Dahl from Sweden who manages the kitchens at the Gothia Towers in Gothenburg including Michelin restaurant Upper House. "I was particularly impressed with the winner who enchanted the jury with his fantastic food and professionalism. Iceland is certainly on the high quality food map and Icelandic chefs are doing really well on an international level and in international chef contests."

Second in the contest was Garðar Kári Garðarsson, chef at luxury restort Deplar Farm and Strikið, and in third place was Víðir Erlingsson chef at the Blue Lagoon restaurant.