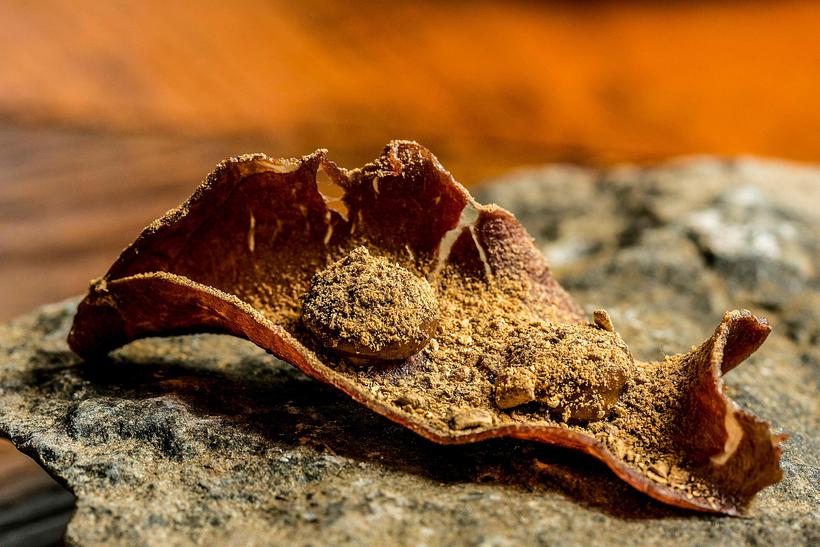 The turn of tides in Nordic gastronomy has probably not escaped the notice of anyone with eyes on the culinary scene. Danish restaurant Noma has been voted the best restaurant in the world four times and chefs from the Nordic countries have been up front in prestigious culinary competitions such as Bocuse d’Or.

Swedish chef and ethnology professor at Lund University, Håkan Jönsson has been researching this, the gastronomic revolution. Iceland Monitor got a hold of him for an interview after a lecture at the University of Iceland.

The Nordic countries went their different ways in embracing the new culinary identity. Sweden and Norway dived right in, Danish chefs were more fastidious about their traditions as their culinary scene was the richest of them all, with the most restaurants. With rapid changes in society, Iceland came last. 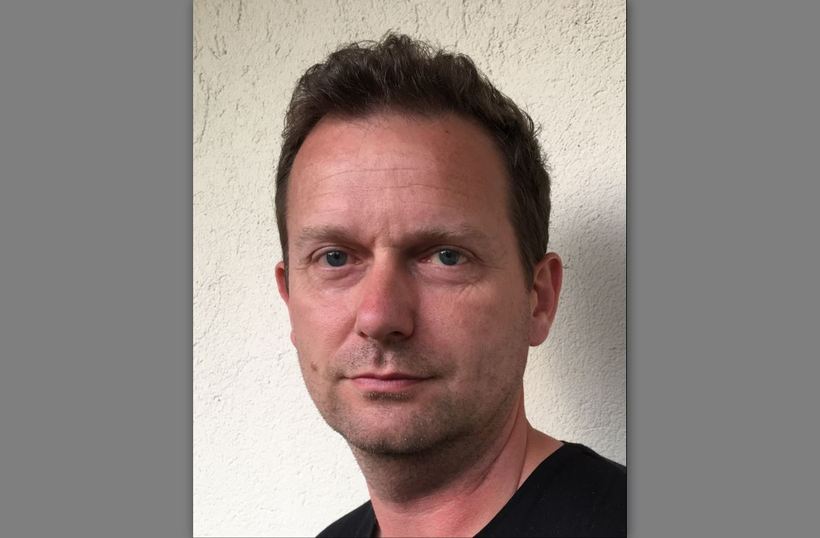 Håkan Jönsson literally wrote the book on the gastronomic revolution in Scandinavia.

A decent Scandinavian didn’t dine in a restaurant

“Norway just as Sweden, and perhaps even more so, is a very lately urbanized country. It has a lot of heritage from the Temperance movement in a way that a decent Scandinavian, especially in Norway and Sweden would not go to restaurants. That was only something that people with social problems or people who wanted to brag about being rich did.”

These were the modern, welfare states but after the crisis of the 80’ and 90’ it started to crack. “The old economy started to change as well, you didn’t make as much money on industrial production and a lot more money on delivering experiences. A kind of new identity emerged in urban middle classes where indulging such as dining out and consume wine in the middle of the week was ok. There was a transition towards making a distance from the welfare state, the Lutheran heritage and strict rules on behaviour into something else.

Denmark on the other hand based their gastronomic revolution much more on the actual traditions of the country, than for instance Sweden and Norway. “I think that is the reason both for why Denmark lagged behind in the start, because they were a bit reluctant to leave their old traditions, but the Swedes and the Norwegians had nothing to lose more or less. They were dragging in all sorts of influences, it was all right to try everything because it was all better than what was served in most restaurants at the time.

At the time Denmark had both more and better restaurants so they were a little more hesitant towards new things. When they started they also realised that they actually had some interesting traditions. That was no coincident that the Danes that actually and primarily created the New Nordic movement.” 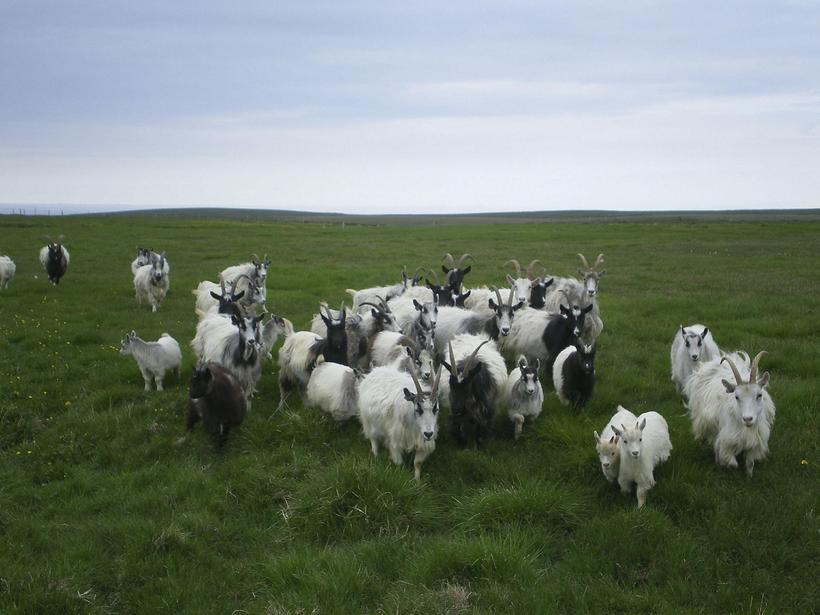 Not only in restaurants

The effect of the revolution is not only visible in restaurant, in agriculture as well. The wave of modern cooking insists chefs cook from the freshest ingredients available each given time. Contrary to before, when just about every fine dining restaurant in the Nordic countries was French, and many ingredients were imported.

The modern cooking brought together the farmer and the chef directly, to find out what was possible to grow, what is local, what is special. The interaction lead to more diversity, species of vegetables and even farm animals almost extinct were brought back. “There’s a tremendous development in what is being cultivated in the Scandinavian countries. Which is a result from this upgrade of gastronomy.”

New Nordic chef’s interest in recipes and traditions that are decades and even centuries old is not favoured by all. Many dishes speak of poverty, utilizing scraps and only eaten out of necessity at the time. “The whole identity of the modern nation in the 60’s and 70’s was to leave the old behind, for what was to remember but monuments of poverty?”

To this day the majority of restaurants in Scandinavia have imported cuisine, though it’s much easier to find restaurants in Denmark that at least claim to be Nordic.

However, there doesn't seem to be any halt to Nordic Chef's success on an international level, and most of the highest rated restaurants in the Nordic Countries are in the New Nordic style. Food like everything else goes in and out of style, but by the looks of it the New Nordic isn't going anywhere soon. This will likely lead to some of the local's reconciliation with the hip version of their youth's cuisine, and even more restaurants opening in this style. 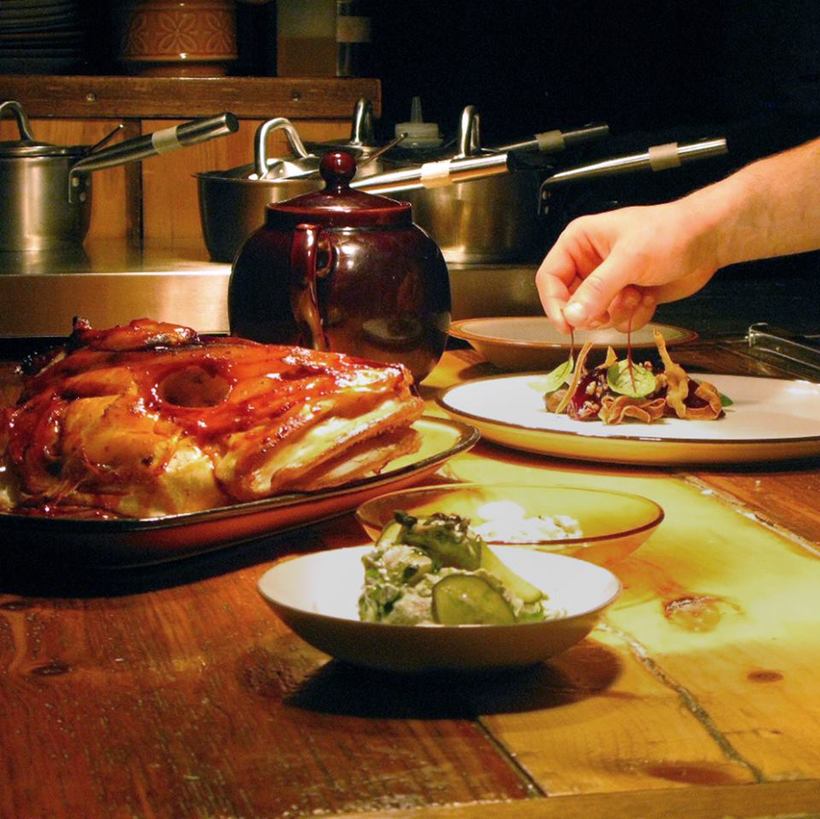 Restaurant Matur & Drykkur serves classic Icelandic cuisine with a modern twist. Some Icelanders have been sceptical about one of the most popular dishes, poached cod's head.

Yet another new restaurant for Hverfisgata, the new hip street of Reykjavik