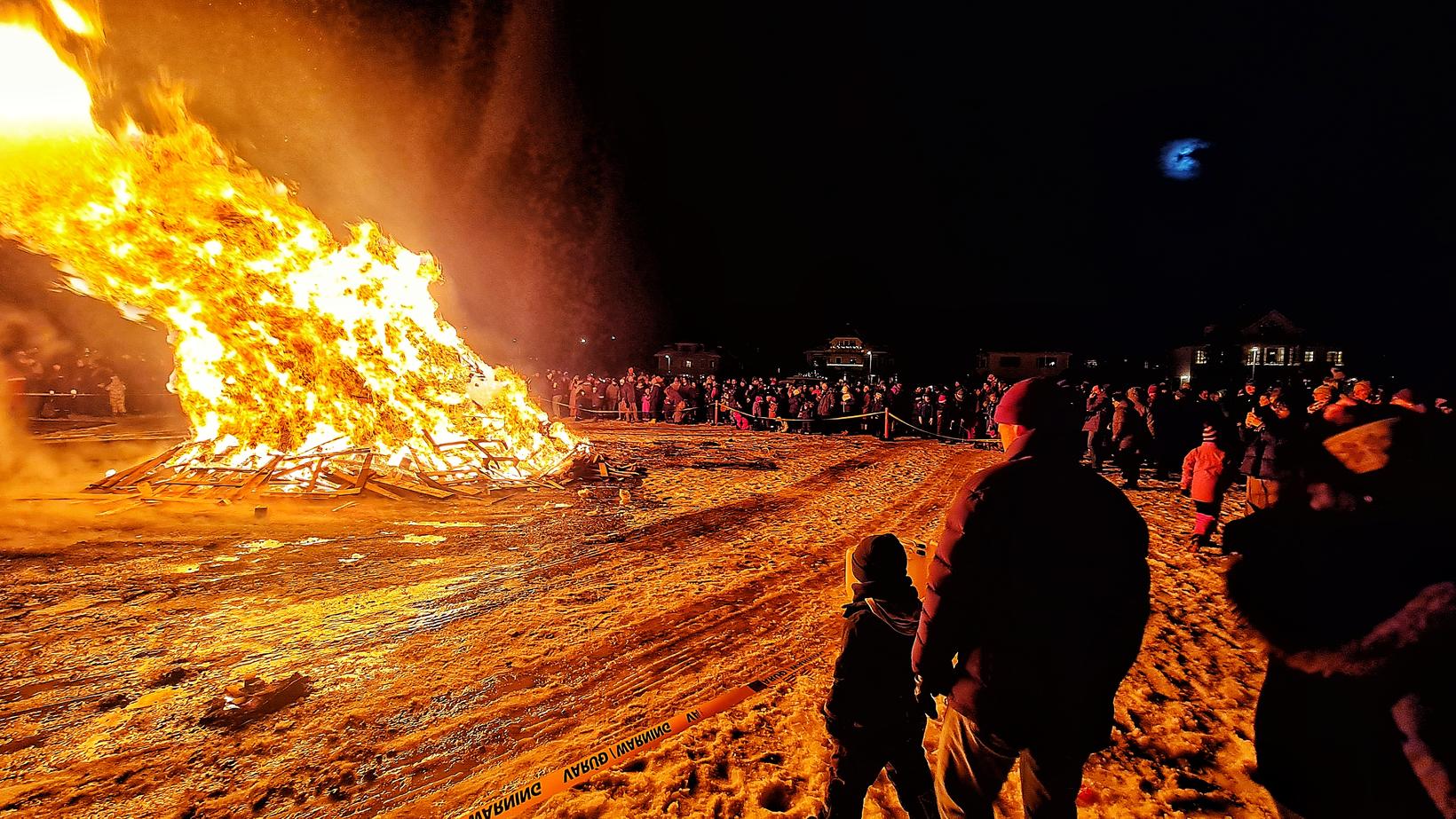 From the bonfire last night at Ægissíða in the western part of Reykjavík. mbl.is/Árni Sæberg

The sixth of January is the official end of Christmas in Iceland and is called the Thirteenth or Þrettándinn in Icelandic, which is more known as the Twelfth Night in the English speaking world. This day is celebrated with bonfires and more fireworks and yesterday was no different.

In the western part of Reykjavík a lot of people attended the bonfire at Ægissíða to say goodbye to Christmas. Sveinn Bjarki, a teacher who led a group singing, says the bonfire was unusually large.

The festival started at Melaskóli elementary school at 18 PM, where Sveinn led a mass singing group that marched with torches down to Ægissíða, accompanied by the police. There the Icelandic Yule lads met with the group and the torches were thrown at the stake.

The weather was calm but cold

Sveinn says that just before the departure only a few people were at Melaskóli, but a last-minute surge of activity secured a good size group. A fairly large group of tourists also joined the locals in the area for this festivity. 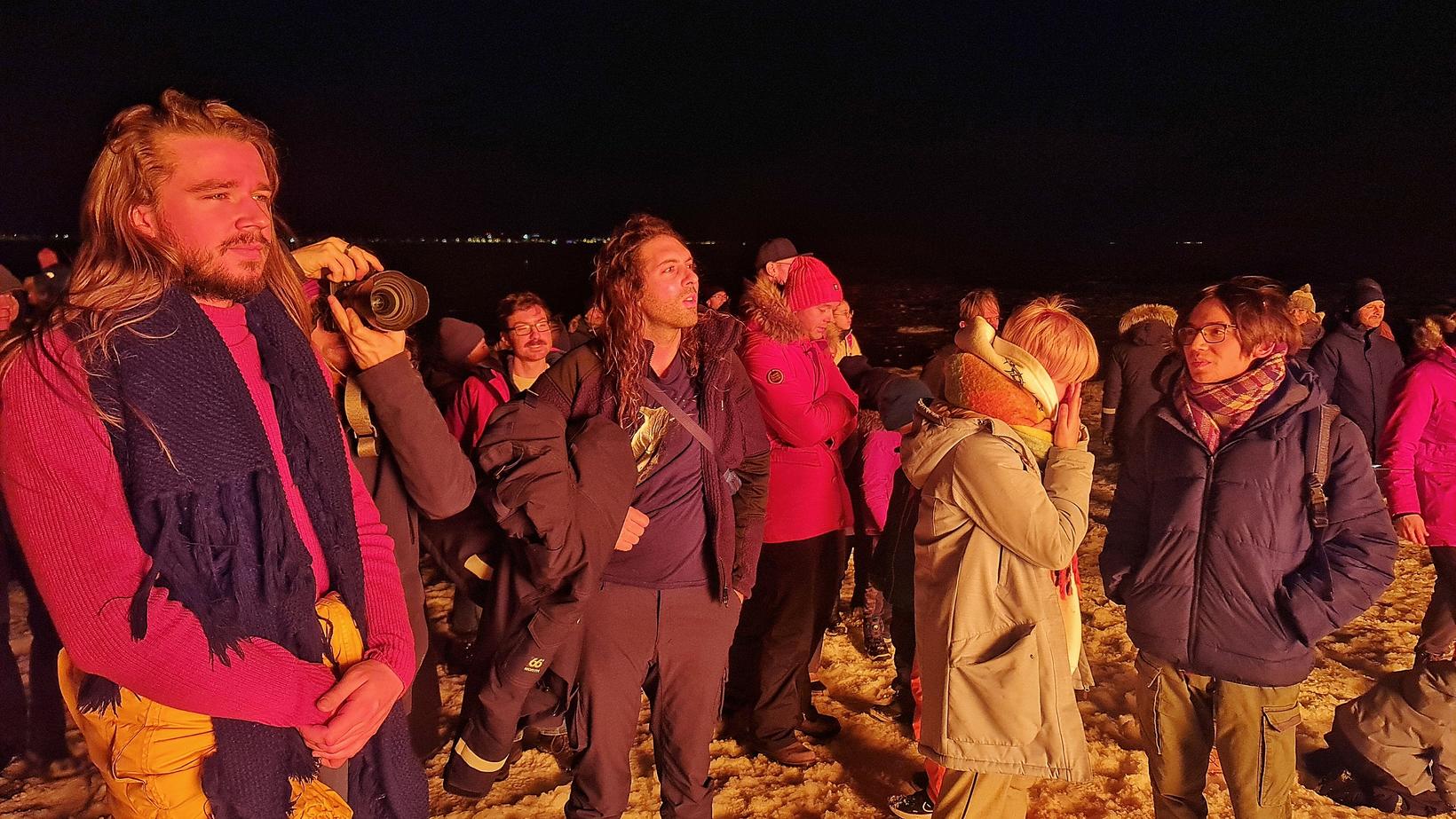 People were enjoying the moment and many enjoyed eating some waffles while celebrating the last day of Christmas. mbl.is/Árni Sæberg

“It was really fun because it’s been a bit of a wait since the last time we did this. That’s why it was a bit of a surprise that this many people showed up,” says Sveinn, believing the weather to have helped, but it was calm but cold last night.

The bonfire is a part of the Twelfth Night celebration in the western part of Reykjavík, hosted by the parents’ association of the elementary schools in the area. Attendees could enjoy baked waffles at the fireworks and the local sports club, KR, had a a fireworks display.

The bonfire in the western part of town was one of two, but the other one took place in Gufunes where the singer Friðrik Dór Jónsson performed for guests.

Across the country there were more bonfires, in Akranes, Mosfellsbær and in Djúpivogur to name a few.