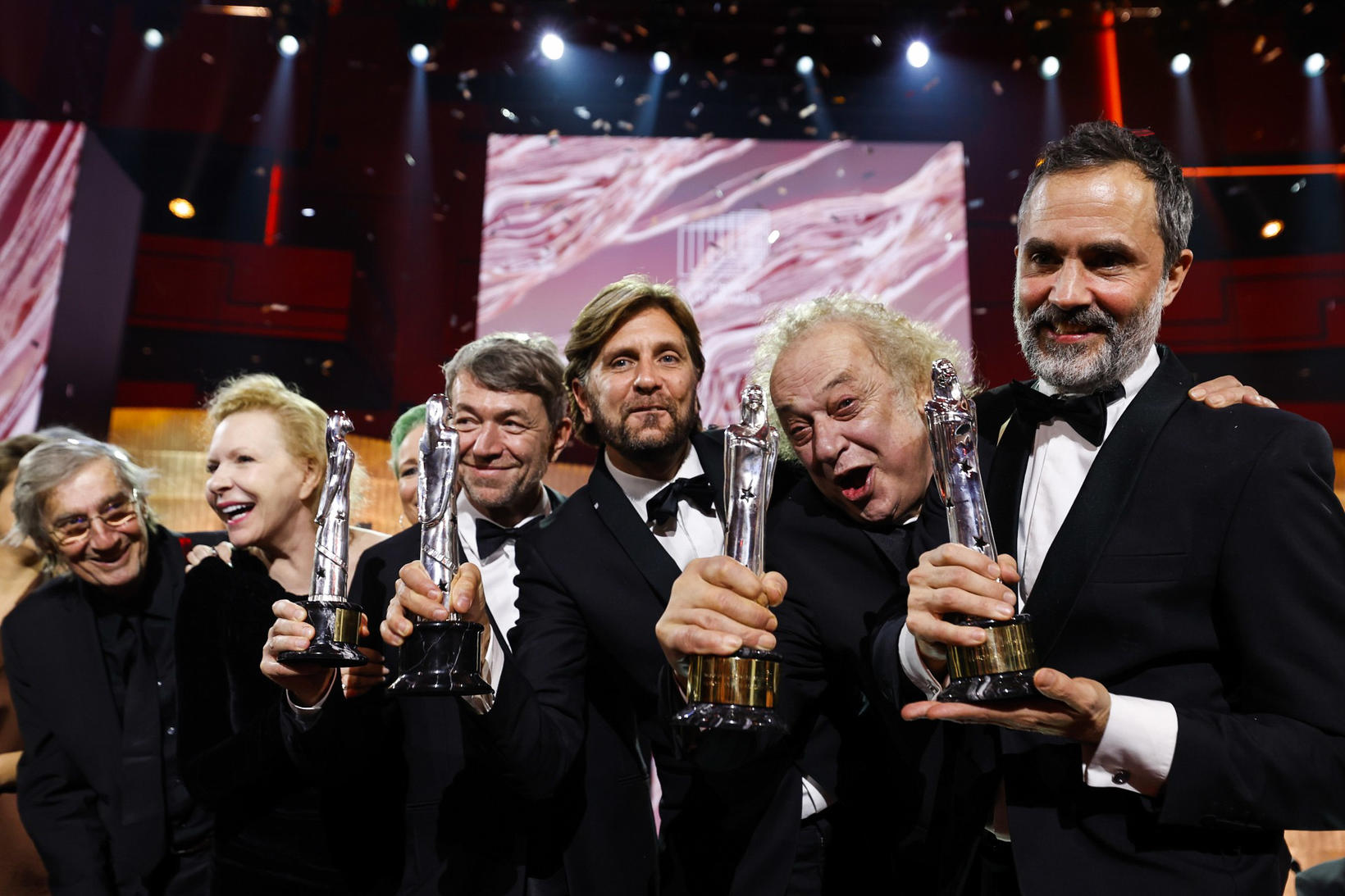 The people behind the fourfold winner Triangle of Sadness with their awards in Harpa last night. mbl.is/Eggert Jóhannesson

The movie Triangle of Sadness won four awards at the European Film Awards, which were awarded at Eldborg Harpa last night. The film was the biggest winner of the evening.
The European Film Awards are the best known and most prestigious in European cinema and were screened live in 24 countries, including Iceland.
The awards are held every two years in Berlin and in other European cities. It was scheduled for 2020 in Reykjavík, but because of Covid-19, the celebration was not celebrated here until this year. Many well-known directors and actors are present in the country, with over 700 guests in the country and about a hundred foreign journalists.

Ilmur Kristjánsdóttir and Hugleikur Dagsson were the evening’s presenters, and their black comedy was highly entertaining as such. Other guest hosts included Icelanders and foreigners, including film director Baltasar Kormákur and Danish actor Nikolaj Coster-Waldau. 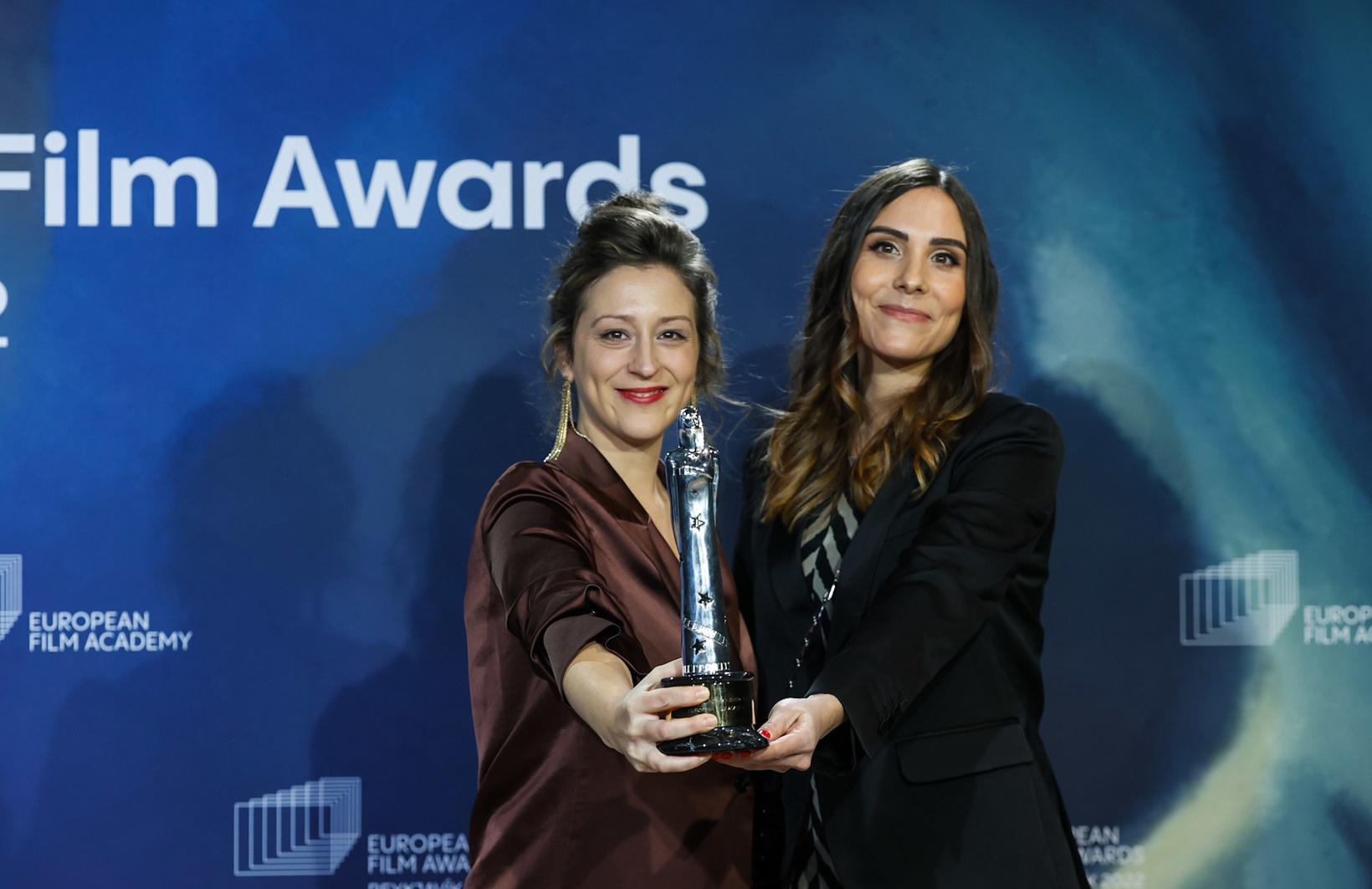 A rather unusual route was taken when Icelandic swimmers were asked to present nominations for best European short film. Visitors in Vesturbæjarlaug swimming pool, were invited to a hot tub. That could hardly be more Icelandic. And the winner of that category was Granny’s Sexual Life, a Slovenian-French film by directors Urška Djukic and Émilie Pigeard.

One of the night's top prizes was next handed out, for best director and the actors who acted in the films were called on the stage. The nominees were Lukas Dhont, Marie Kreutzer, Jerzy Skolimowski, Ali Abbasi, Alice Diop and Ruben Östlund. 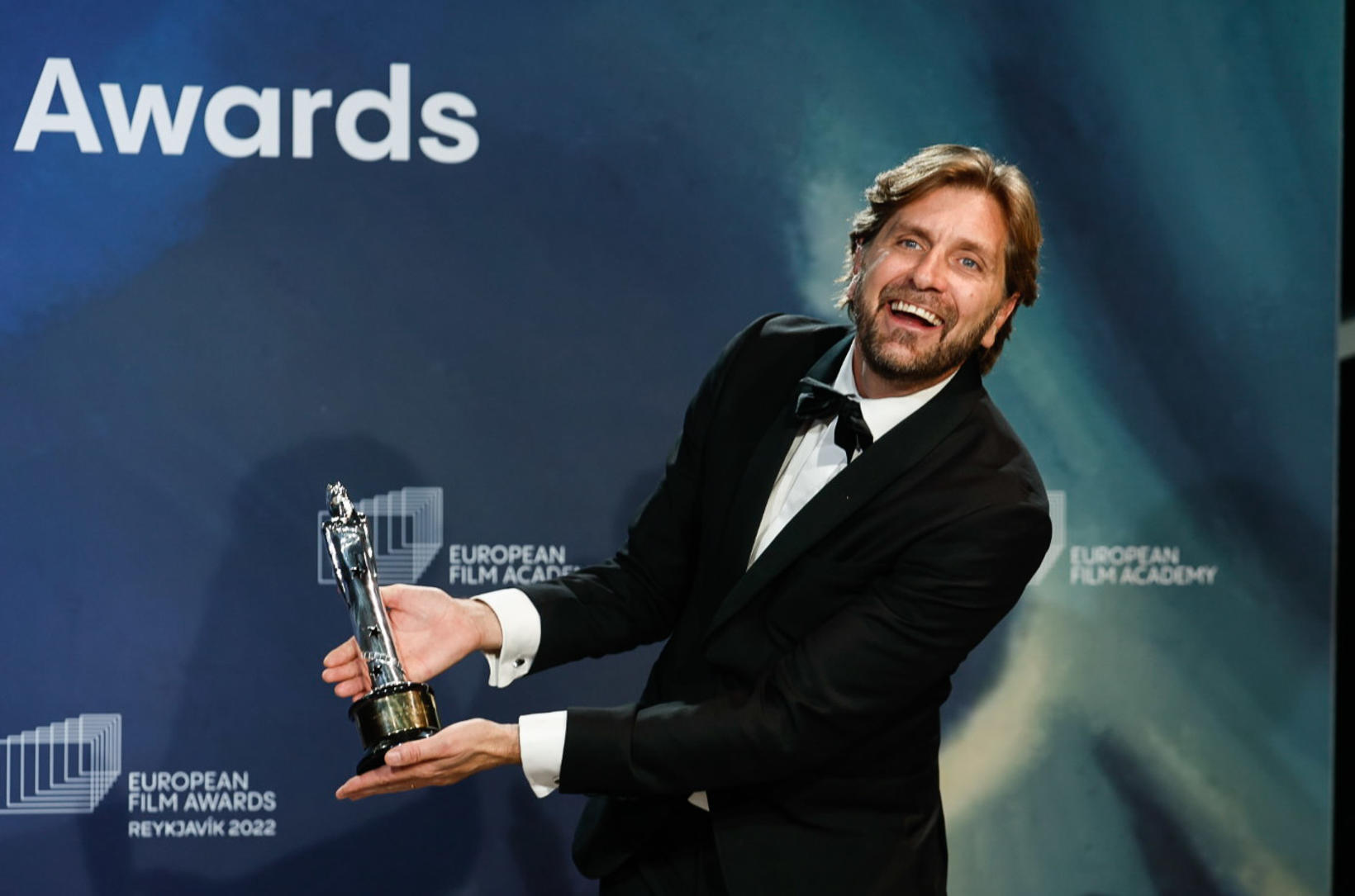 Ruben Östlund, the European Director of 2022 was over the moon last night. mbl.is/Eggert Jóhannesson


The award was awarded to Ruben Östlund for Triangle of Sadness, which has been very popular in Iceland as well as other countries. Östlund said he was delighted to be in Reykjavík and thanked one of the film’s actresses for their outstanding performances in casting. He also mentioned another actress in the film, Charlbi Dean, who died way before her time. 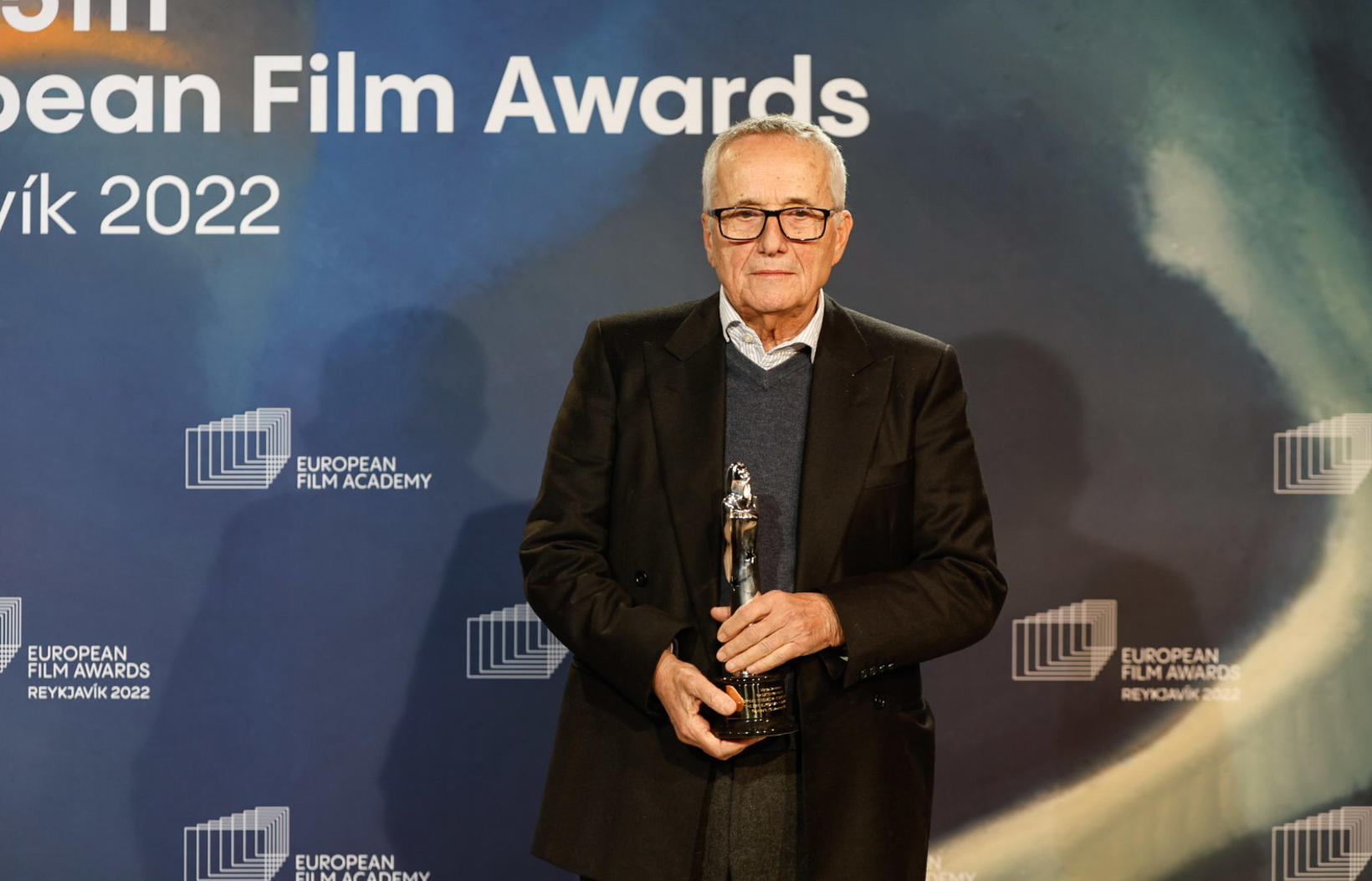 Next awards were for editing and technical effects, a category of awards called the Excellence Awards. Next came a Spanish singer, Jedet, who said she was a little tipsy when she had some problems reading her lyrics from a piece of paper. She introduced the Fipresci-awards, which is given annually to a new director for their first feature-length film. The winner was Italian Laura Samani for Piccolo corpo, in English A small body. Samani was very happy when she accepted the awards and shed some tears of joy.

Solidarity with the Ukrainians

A new sustainability award presented by three young people, named Prix Film4Climate, was given to the European Commission for the establishment of the European Green Deal climate project, chaired by Ursula von der Leyen, President of the European Commission. She accepted the awards with a video address. Then all the Ukrainian film producers were awarded the next award together, the Eurimage Co-Production Award, and this showed solidarity with the Ukrainians for the Russian invasion of their country.

Next category was the best screenwriter, and the competition was fierce in that category, as is the other categories. Ruben Östlund’s award won for the screenplay of Triangle of Sadness and this was his second award that night. Consoling other nominees, he said that they would definitely receive a prize for screenwriting in the future, and the room burst into laughter.
Three filmmakers were awarded honorary European Film of the Year awards; Elia Suleiman, Margarethe von Trotta and Marco Bellocchio. Suleiman received an award known as the European Achievement in World Cinema Award for her influential career in film, and this is the first time a Palestinian director has received the award. Von Trotta began her career as an actress both on stage and in film but was also active in the fight against pornography and misogynism, and Bellocchio is awarded the prize for innovation in storytelling for the television series Esterno. 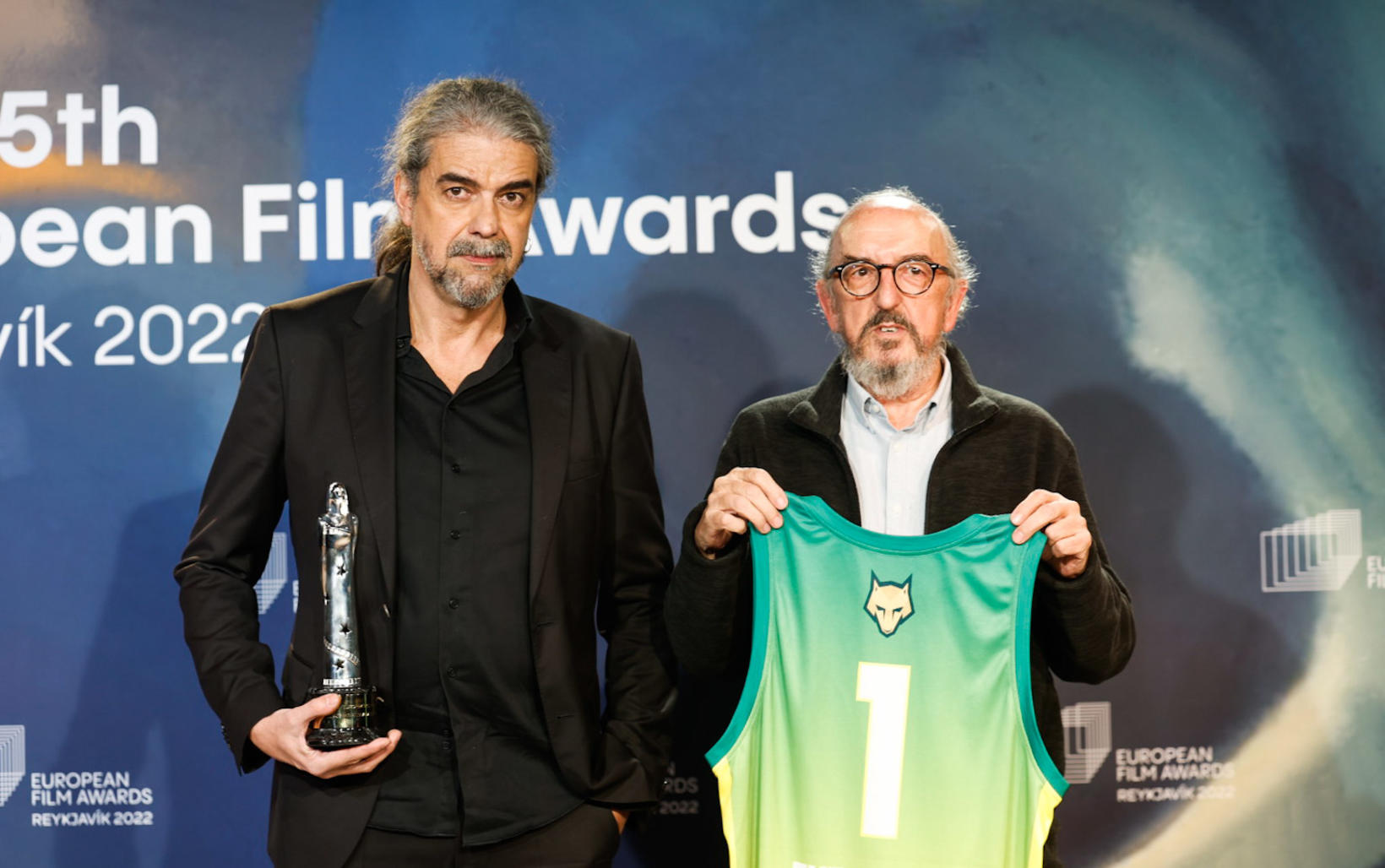 The only Icelandic film nominated dramedycomedythis year, ‘The Secret Police’, was next, in the best comedy category. The basketball team Stálúlfur or Steel Wolves was brought in to present the nominated films, but in addition to ‘The Secret Police’, the nominees were El buen patrón from Spain and La Fracture from France. Hannes Þór Halldórsson, director of ‘The Secret Police’, seemed pretty excited, but in the end El buen Patrón won the award. The producer of the film said that it was a bit of a misunderstanding categorizing the film as a comedy because it was indeed a drama. The director, Fernando León De Aranoa, agreed. Maybe it is a “dramedy”? 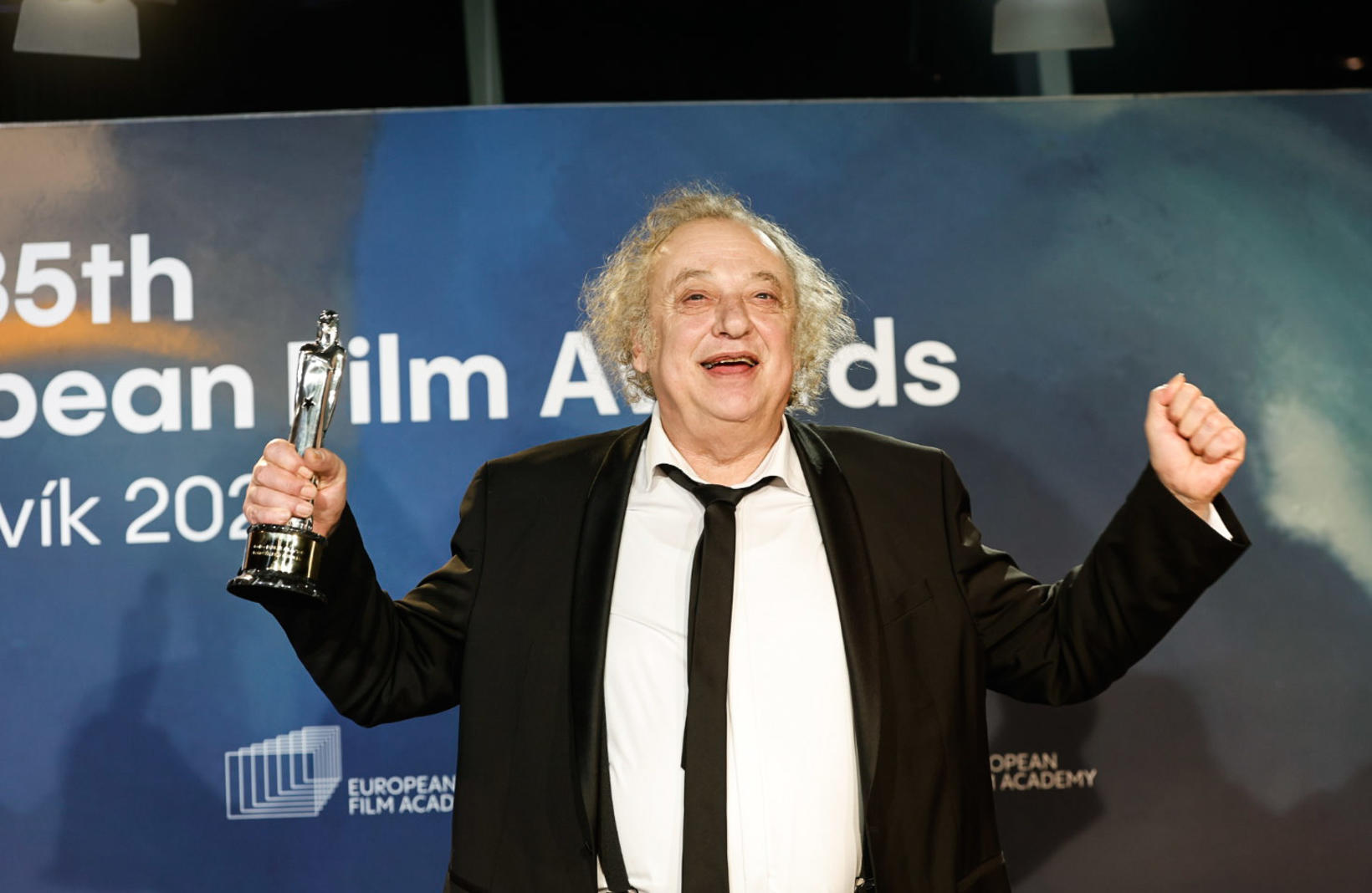 Zlatko Buric was in great spirits at the ceremony. mbl.is/Eggert Jóhannesson


By then, it was time for best actor and the excitement was running pretty high. The winner was the Croatian Zlatko Buric, who starred in Triangle of Sadness, and that film now had three awards. And if the excitement was high about best actor, it was probably even higher when it came to the best actress. All the nominated actresses were great in their roles. The award was given to Vicky Krieps for Corsage. The actress is from Luxembourg and she thanked for the honour with a live stream from her home. 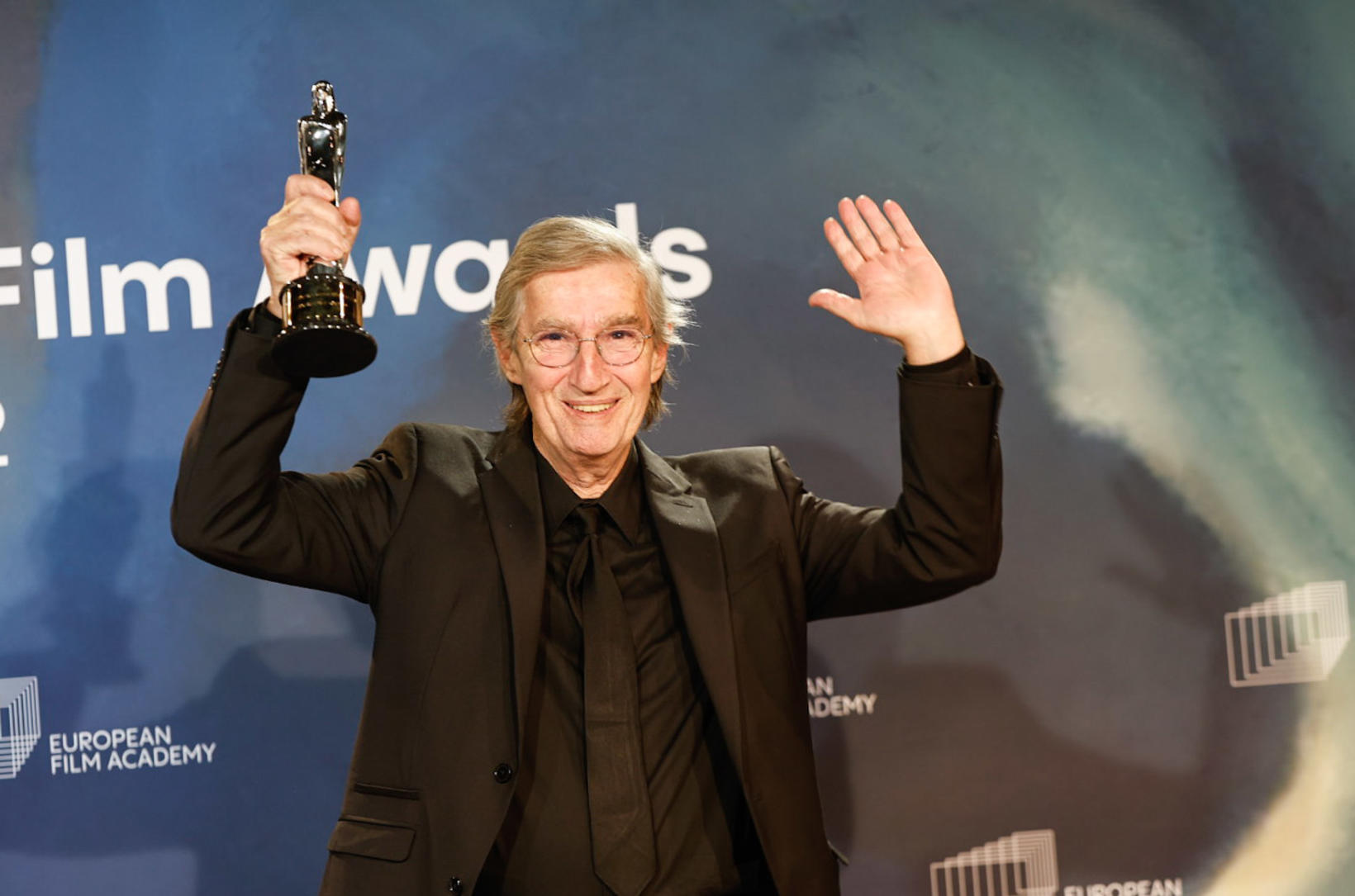 Alain Ughetto just after he won for the best animated feature. mbl.is/Eggert Jóhannesson


The Bulgarian actress Maria Bakalova presented Europe’s best European animated feature film this year. Italian guests of the ice cream parlour Gaeta Gelato were invited to introduce the films, which was a fun surprise, like so many others in the broadcast. The film who won this category was No Dogs or Italians Allowed by director Alain Ughetto.
Mariupolis by Lithuanian Mantas Kvedar won for best documentary and the director's daughter accepted them as her father sadly had passed away. She said her father died helping others, but he died in Mariupol in Ukraine in March this year, where he was filming the war.

A screenshot from the film Triangle of Sadness who won in all the four categories it was nominated in.

And then it was time for the main prize, the best European film and the epic actors, as Hugleikur called them, Ingvar E. Sigurðsson and Halldóra Geirharðsdóttir, were given the honor of presenting them. The group that were behind the show, With our eyes on Iceland’s National Telelvistion, presented the films, which was agreat idea from Unnsteinn Manuel and his people organizing the show. And the best film in Europe in 2022 is ... Triangle of Sadness. The film was clearly the winner this year and Östlund taking home four awards.