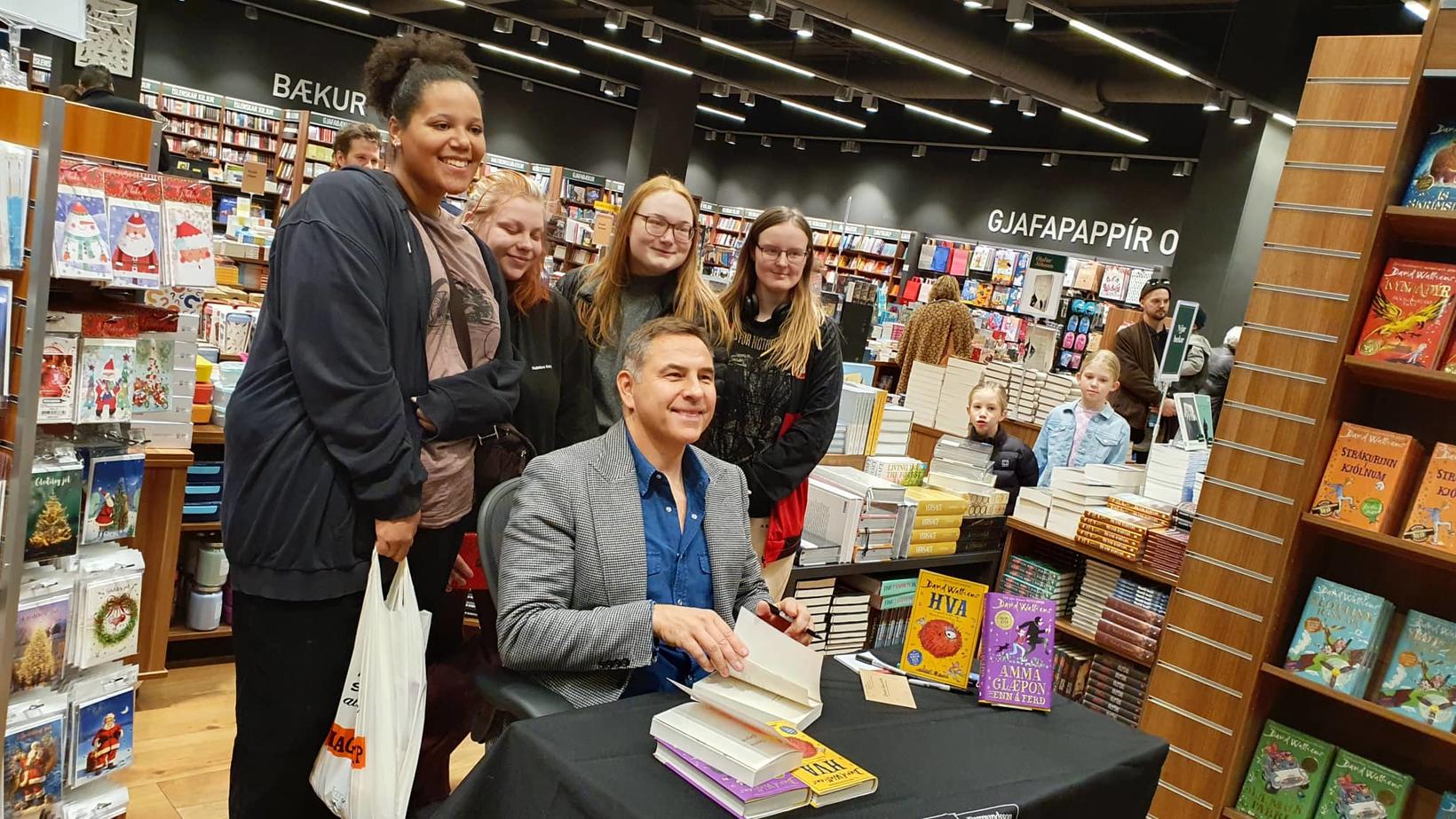 Fans of Walliams posing with the author at the book signing in the bookstore Penninn-Eymundsson. mbl.is/Jón Pétur

Some fans of the children’s book author and actor David Walliams were not happy campers when they did not get their books signed on Saturday after having waited in a long line in front of the bookstore Penninn-Eymundsson at Smáralind mall. The author had to leave due to a previous engagement.

Walliams had to be at the Bæjarbíó in Hafnarfjörður before 3 o’clock PM where he had been booked for a talk with Guðni Kolbeinsson translating over to Icelandic. 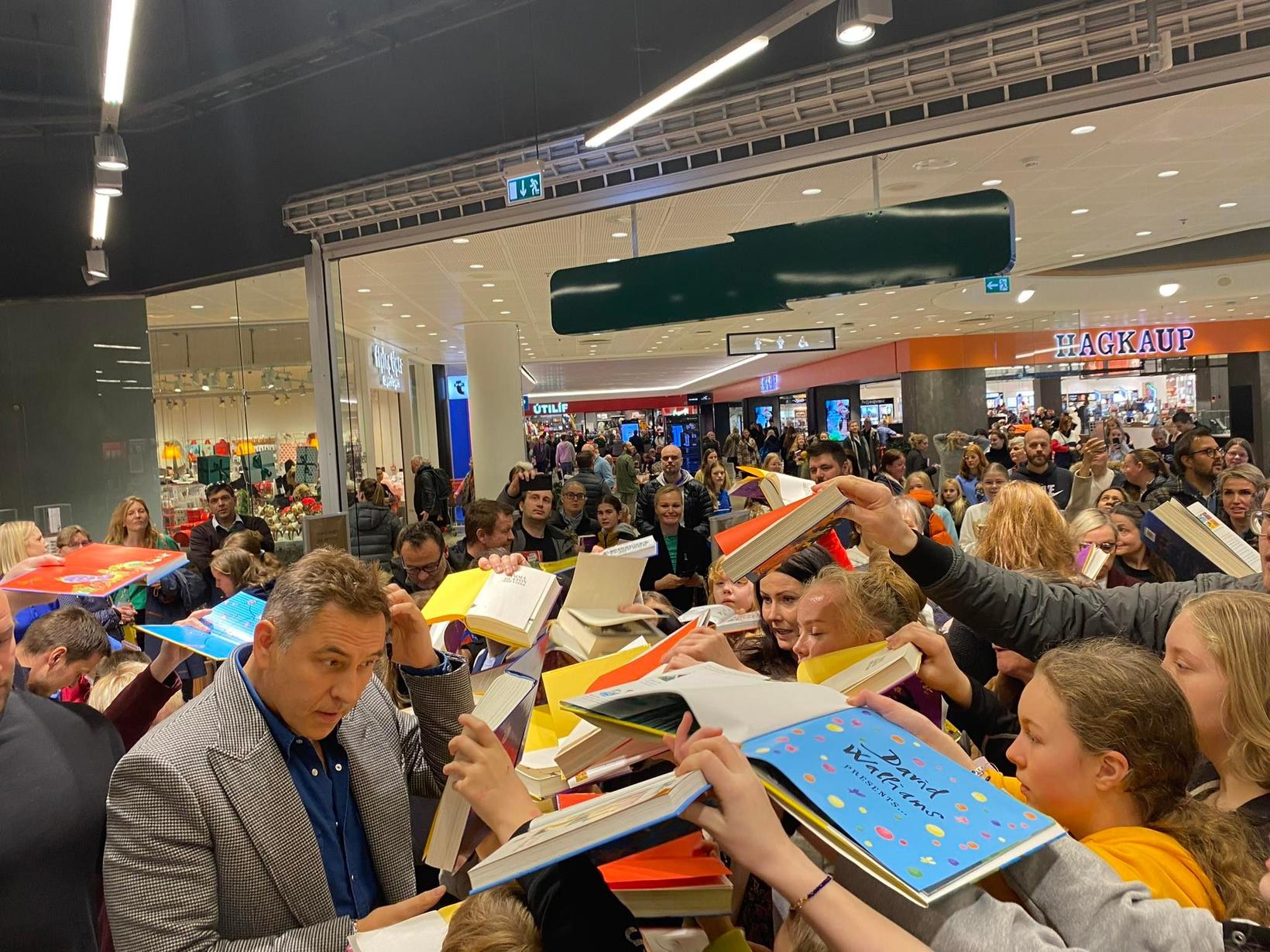 There was quite a commotion in the mall when fans were trying to reach out to Walliams to get their books signed. mbl.is/Ari Páll

The author was trying his best to sign as many books as possible. He not only signed the books at the table inside the book store, but continued to sign standing up before he was escorted out of the bookstore at the back of the store.

The line had already formed an hour before the scheduled book signing at 1 PM and a journalist of mbl.is estimated that at least 3-400 people were waiting, and almost blocking that part of the mall.

Walliams is one of the most popular children’s author in the world and he was in Iceland for the start of the literature festival Iceland Noir that was held in Arion Bank last night, but will continue from 16th-19th of November. Walliams is also known as an actor in the comedy series Little Britain and for being a judge on Britain's Got Talent.