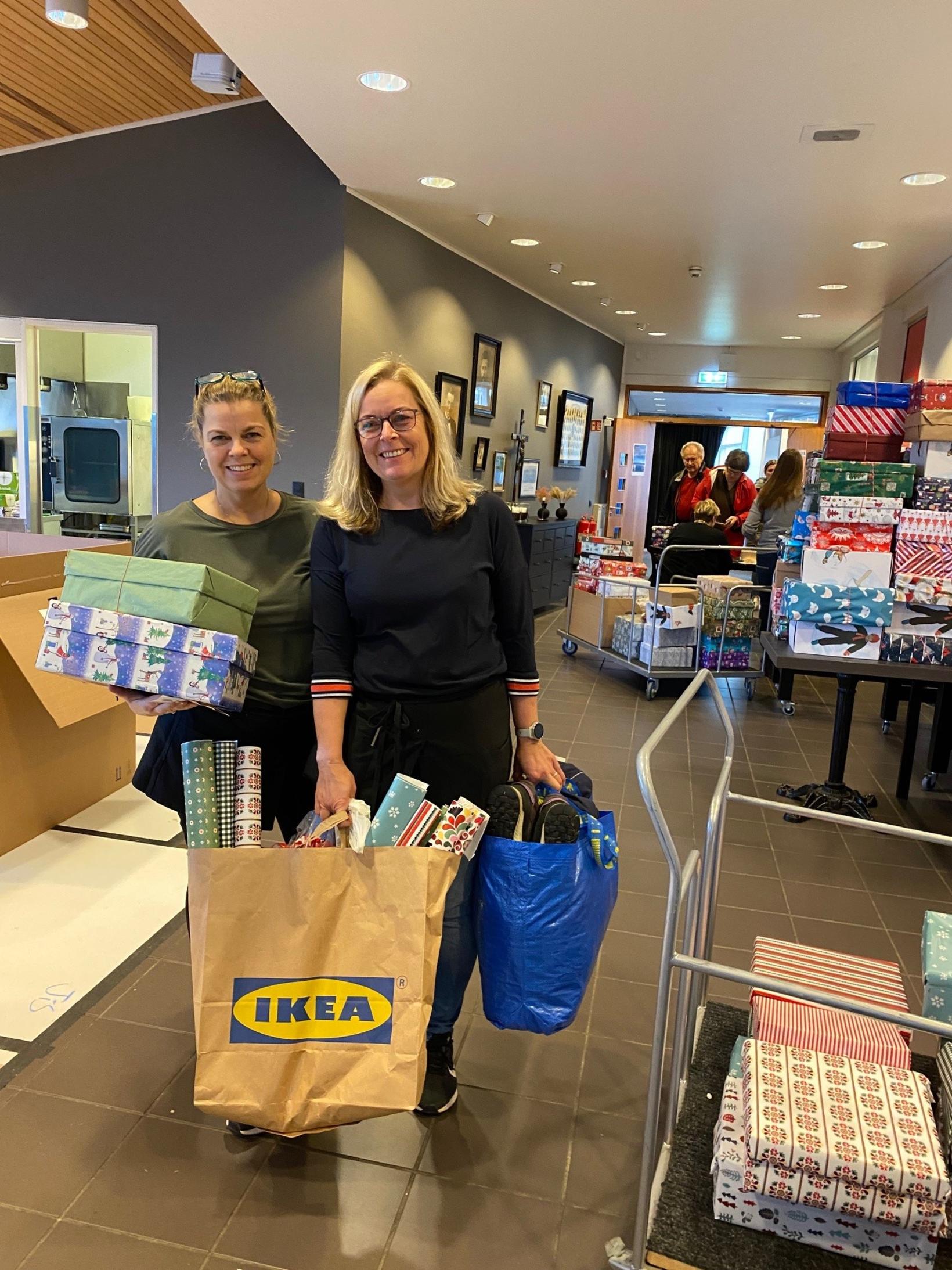 Ingibjörg Valgeirsdóttir and Mjöll Þórarinsdóttir are both on the board of the international YMCA project Christmas in a shoebox.

A total of 5,575 shoeboxes were collected in the project “Christmas in a shoebox” which is a project of the Christian YMCA associations in Iceland called KFUM and KFUK. This year there have never been as many boxes collected for the project in Iceland.

Christmas in a shoebox is an international project that involves getting children as well as adults happy by making children happy who are living in poverty, have diseases or are living in a difficult situation by giving them Christmas presents. The gifts are put in a shoebox and, in order to ensure that all children receive a similar Christmas present, it is recommended that certain items are included in each box. 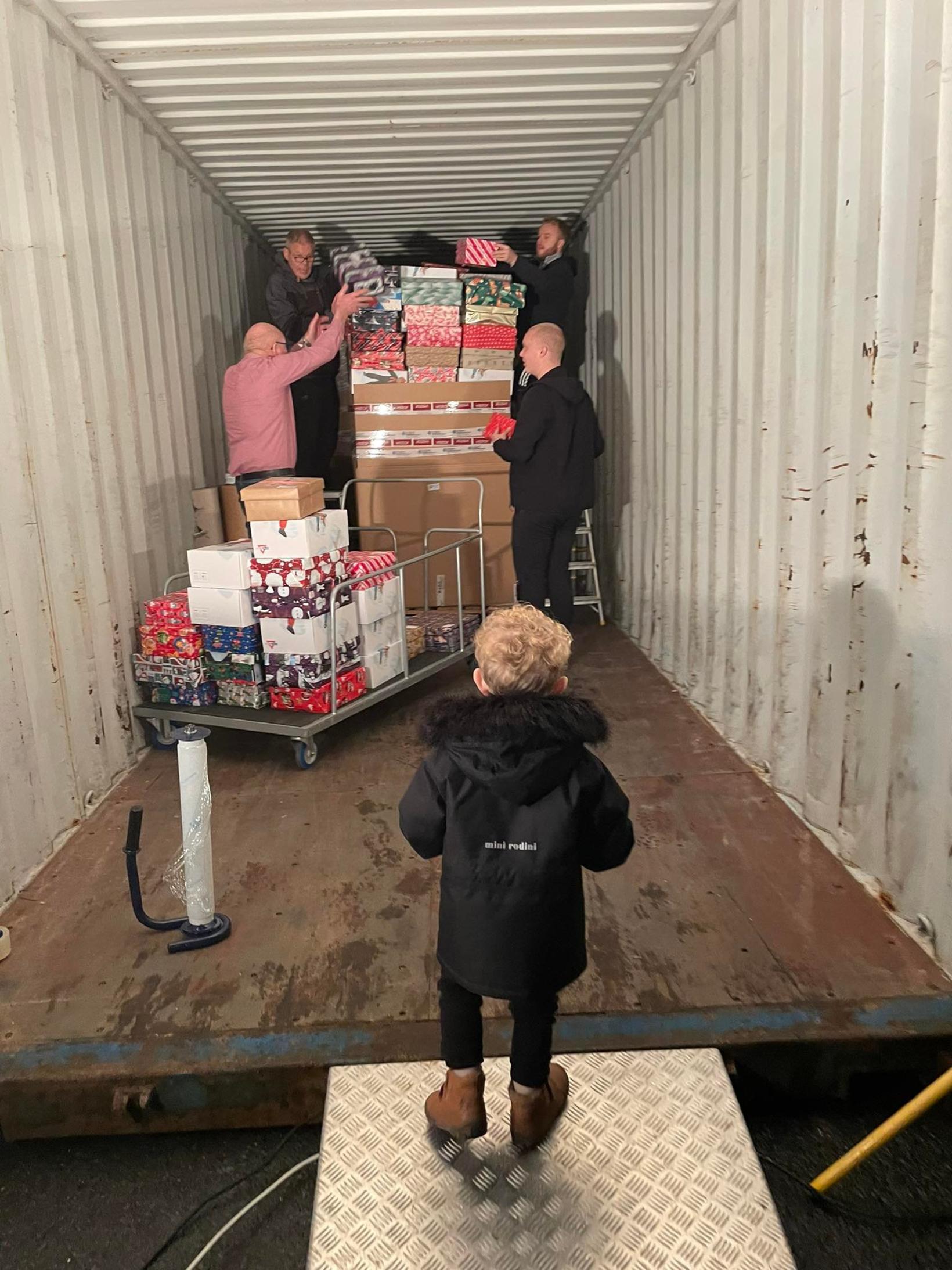 Filling up the container with the Christmas gifts in shoeboxes that will be sent to Ukraine.

The project has been operating in Iceland since 2004 and the shoeboxes from Iceland have always been shipped to Ukraine. In cooperation with the YMCA and the YMCA in Ukraine, the boxes are distributed to children living there under difficult c onditions.

Due to the war that started in Ukraine in February, more people might now be involved in the project than before. 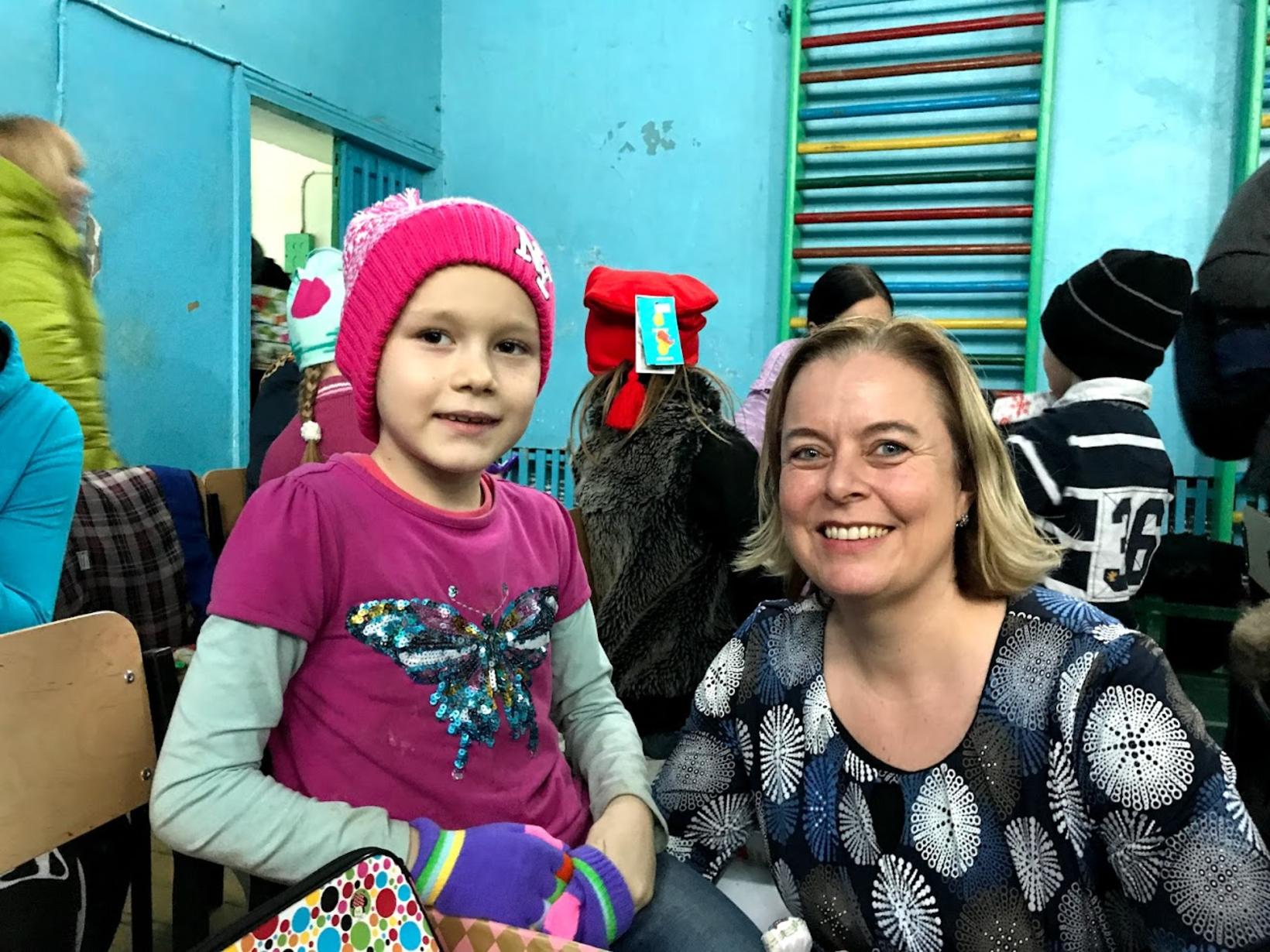 In 2018 Valgeirsdóttir visited Ukraine in relation to the project. Ljósmynd/Aðsend

“There were more donations this year than last year, so you see that people want to do something  to help the people in Ukraine,” Ingibjörg Valgeirsdóttir, tells mbl.is,but she is a volunteer who is currently on the board of directors of Christmas in a shoebox.

This year, YMCA requested a special warm-weather gifts in the shoeboxes. Valgeirsdóttir says that message was heard and there are quite a few knitted items in the Christmas shoesboxes this year.

The whole country is participating

A number of volunteers throughout the country participate in the project every year, but KFUK and KFUM are operating nationwide and the gifts are then sent to Reykjavík before they are sent to Ukraine.

“It’s not just  a project here in Reykjavik, but all over Iceland so whole countryis participating,” says Valgeirsdóttir.

On top of that a number of companies are participating in the project. Among them are Eimskip, Góa, Samhentir Kassagerð and Lindex. 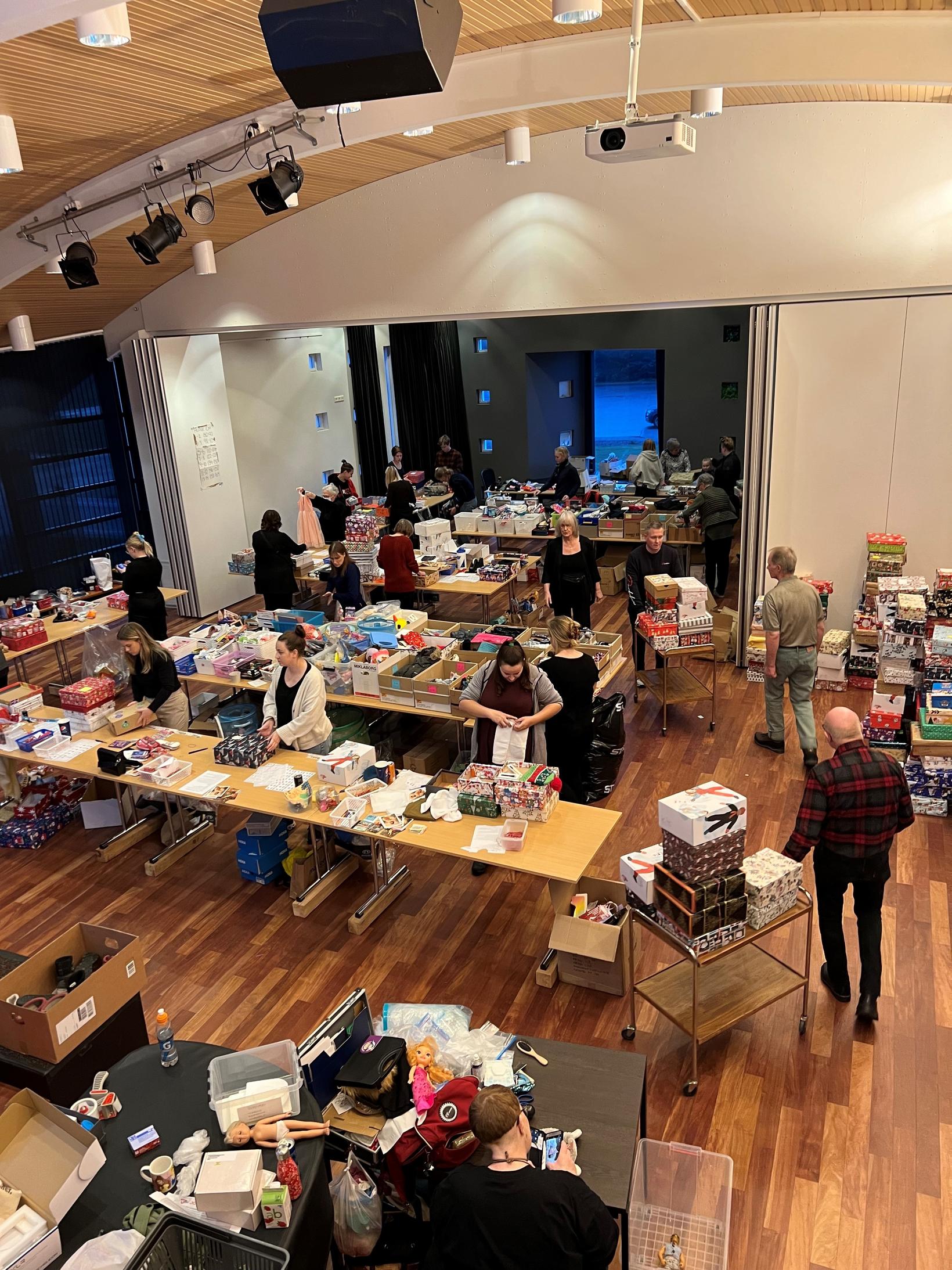 A lot of volunteers participated in the project this year.