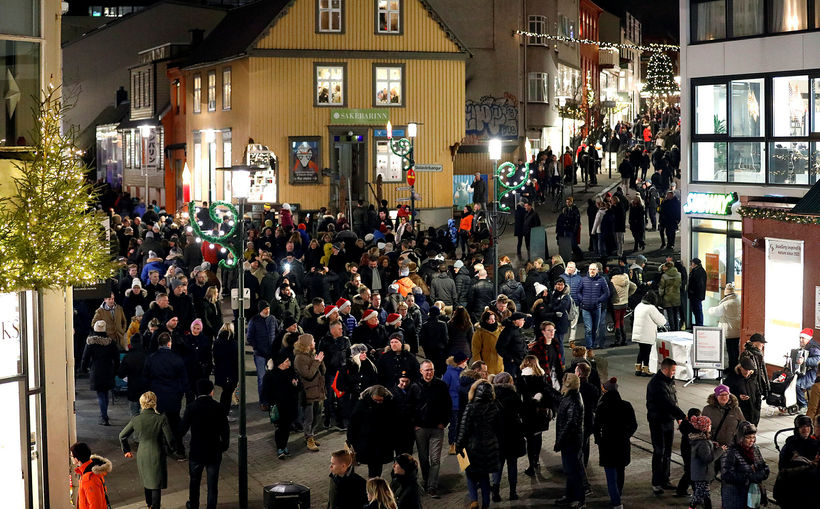 This picture is taken on the corner of Skólavörðustígur and Laugavegur and shows a typical weekend night during summer. mbl.is/Eggert Jóhannesson

The downtown area of Reykjavík has been developing into an area of restaurants, bars, clubs and hotels as is often the case with growing cities. The party scene can be a bit of an issue for the hotels in the area, as well as the residents.

Bjarni Hákonarson, the former hotel director of Hótel Óðinsvé for twelve years, knows a thing or two about running a hotel in close proximity to the party zone. Last Thursday the residents of area 101 downtown Reykjavík had a meeting about living next to the nightlife. 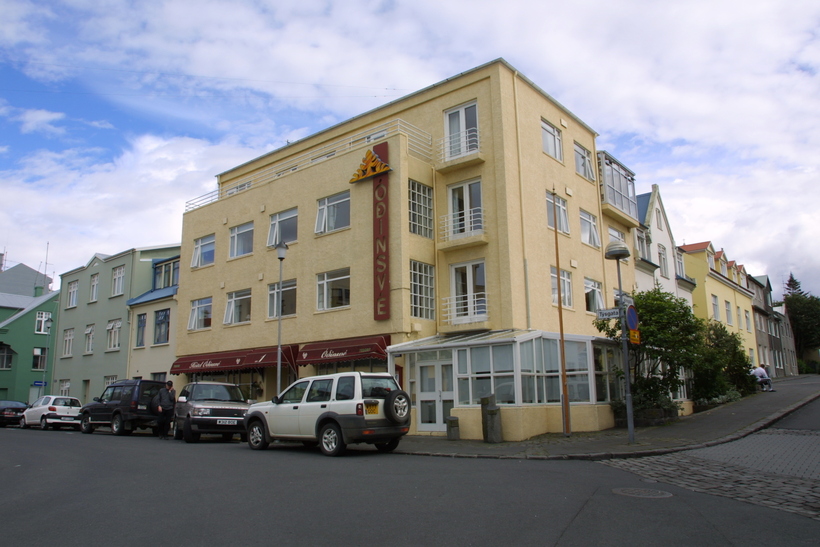 “We have often complained throughout the years, either on the phone or by writing emails to the city officials. Usually we get a courteous answer and sometimes we get no answers. The bottomline is that nothing changes. We are probably getting used to living with this noise and often people are just giving up,” Hákonarson says. “But when the hotel guests cannot sleep at night, they understandably are not happy about it,” he says.

We are suffering because of the partying

“The product that we are selling is sleep and peacefulness. Going to bed in cozy surroundings and relaxing. This product we sell for a certain price and at certain times. Then there are others who get to run their business in a manner that does not agree with ours, but we are the ones who suffer because of the partying.”

He says that the consequences of what others are doing should not be his problem. “We own Skólavörðustíg 7 where we run a little hotel and there are a lot of bars in close proximity. In good weather during the summer this area is like a crazy party zone every weekend and music is played loudly outdoors in many of the bars. People are laughing, screaming, fighting and our customers are not expecting this mayhem. We have had people with us who have not been able to sleep at night because they are scared and others who cannot sleep because of the noise. On top of that our property has also been vandalized.”

Hákonarson says that his customers often demand a refund or a lower price because of the noise in the area.

“We have a lot of examples of customers simply checking out and demanding a refund or a much lower price. We also get cancellations, because people are sometimes writing about this situation on Trip Advisor. We can get a bad review where people are warning others about the noise and that it is impossible to sleep during the weekends. So the consequences are both financial and impacting the reputation of the business.”

No incentive to do anything

When Hótel Óðinsvé started its business, the nightlife in Reykjavík was not as concentrated in a small area downtown as it is now, and there were big clubs in other parts of the city. Hákonarson points out that the hotel has been in the same place for over forty years and the hotel apartments in Skólavörðustígur for around twenty years. The hotel is, therefore, older than any of these clubs in the area.

Hákonarson says that he and his staff feel like the city has no incentive to do anything about this situation so that it would work for everybody involved.