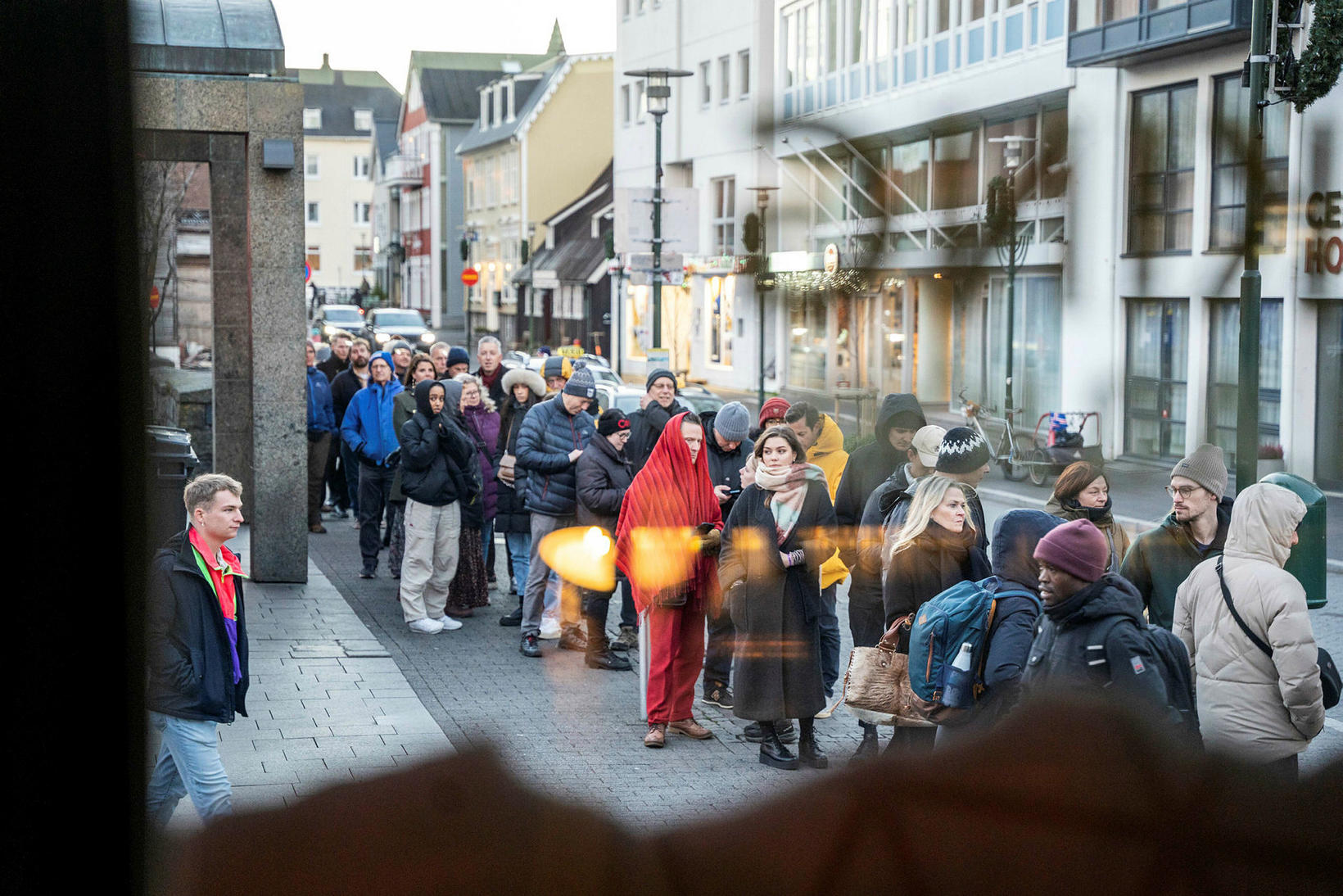 A lot of people made their way downtown Reykjavík last night in order to attend the first day of the Iceland Airwaves music Festival, which is held this weekend.

27 artists performed at six venues; the Reykjavík Art Museum, Gamla Bíó, Iðnó, Fríkirkjan, Gaukurinn and Húrra. The festival has not been held since 2019 and it is estimated that many music lovers had been craving the music, both Icelandic and foreign. Icelandic Airwaves has built up a fanbase over the years where often up and coming artists as well as established ones make music in a long party weekend. 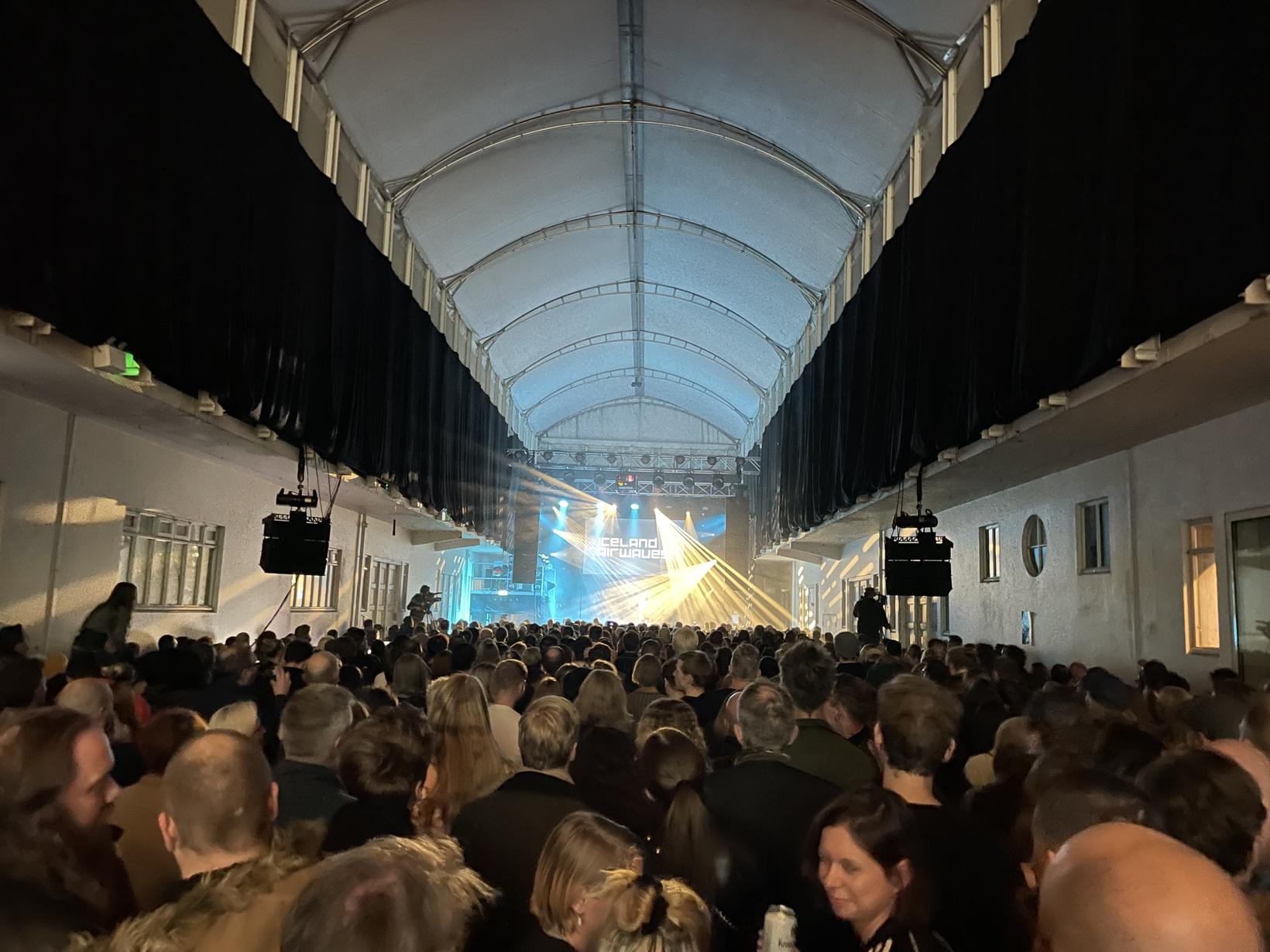 A testament to that craving were long ques all over downtown Reykjavík and all tickets sold out fast. The formal start of the festival was at 19:30 in Fríkirkjan with the concert of Magnús Jóhanns around the world carried the banner, but the festival sold out. The festival’s formal program began at 19:30 at Fríkkirkjan in Reykjavík with a concert with the pianist and composer, Magnús Jóhann .

It wasn’t long before the young star Gugusar launched the Festival in the Reykjavik Art Museum, the festival’s biggest stage. At the other three concert venues of the festival: Gaukurinn, Húrra!, and Iðnó, there was a diverse music program where there was a row out of the door. 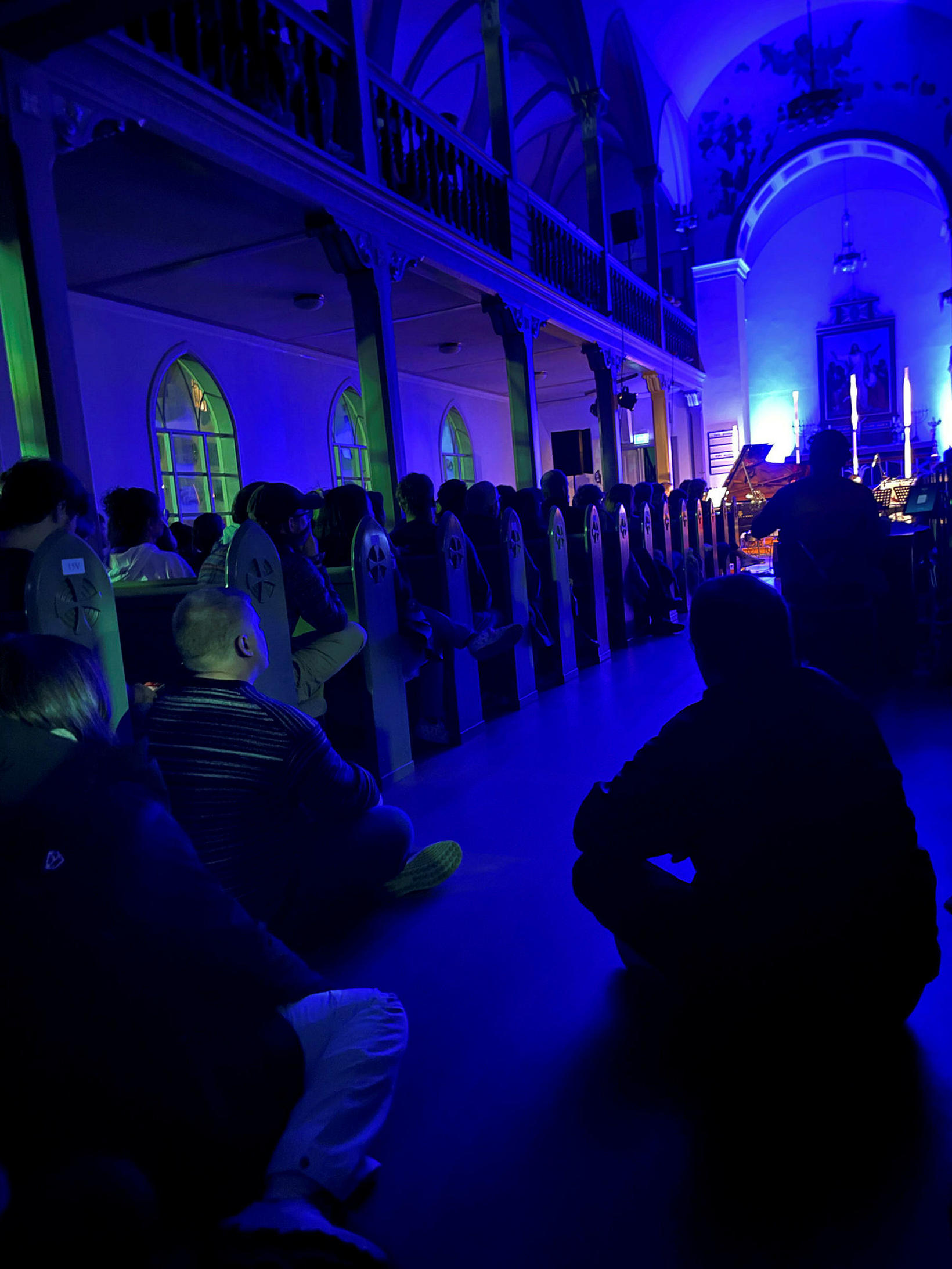 People had to sit on the floor while the Atli Örvars was playing the piano with a string quartet. mbl.is/Ari Páll

People sat on the church floor.

Fewer people than wanted made it to the concert of the Faroese artist Janus Rasmussen who performed in Gaukurinn just before 21 PM. The Húrra venue was packed just before the band Supersport! performed. At Fríkirkjan the seating was not enough and people were sitting on the floor listening to Atli Örvarsson and later the world known jazz/pop artist Laufey. 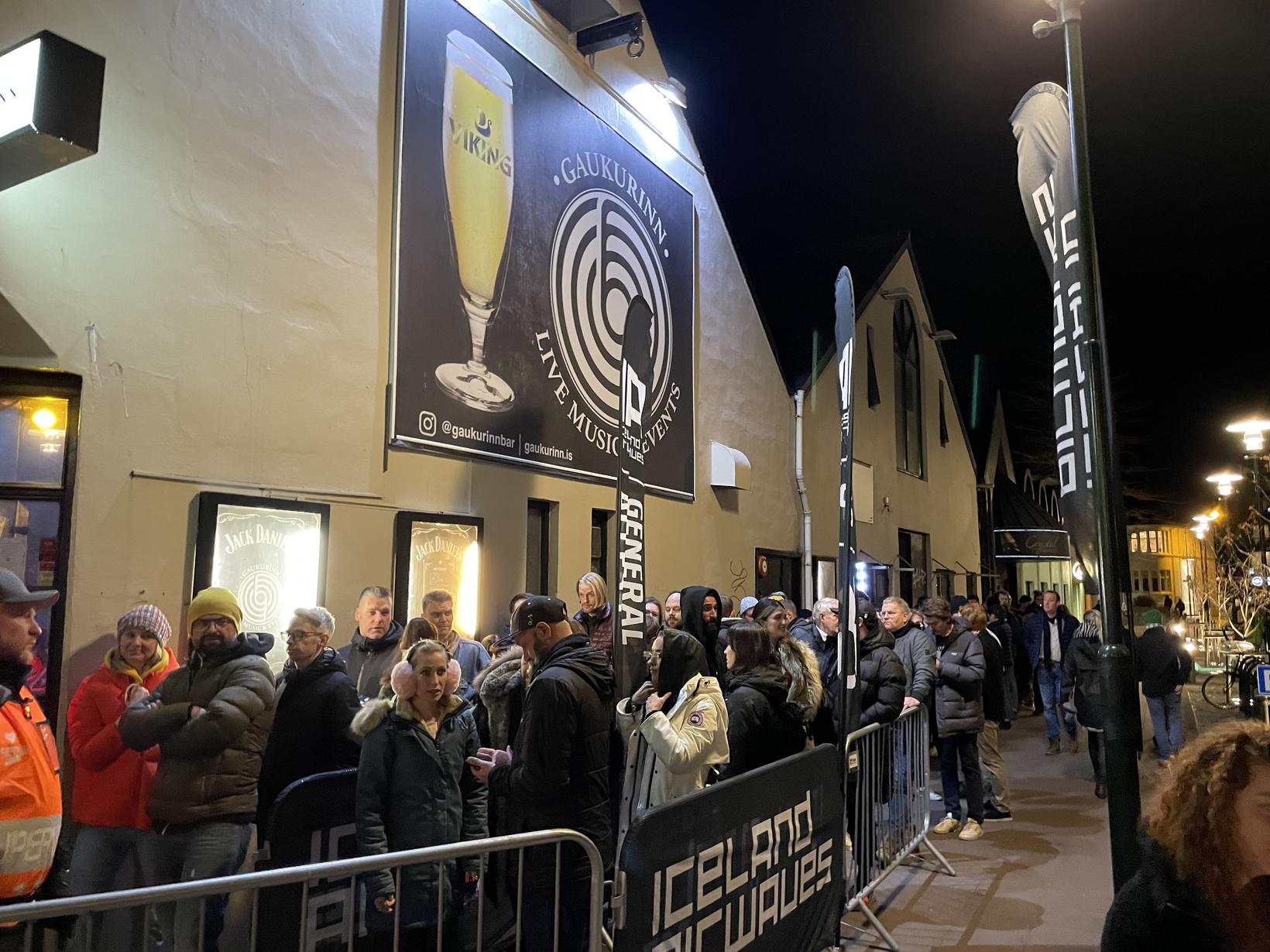 At that time Gamla Bíó was completely packed  while composer and singer Jófríður Ákadóttir JFDR played theguitar and sang along with a band and a string quartet.

Although the formal schedule of Airwaves was only in six venues, there have been many, informal off-venue concerts in recent years. This year was no different. One of these concerts was held að Sæta Svínið (Sweet Pig) in Reykjavík just by Ingólfstorg that started just before the formal schedule began, at 17 PM. The queue was long for the concert where the artists Jói Pé, Gugusar, Emmsjé Gauti and the rapper Birnir performed.

Here below are some pictures from last night. 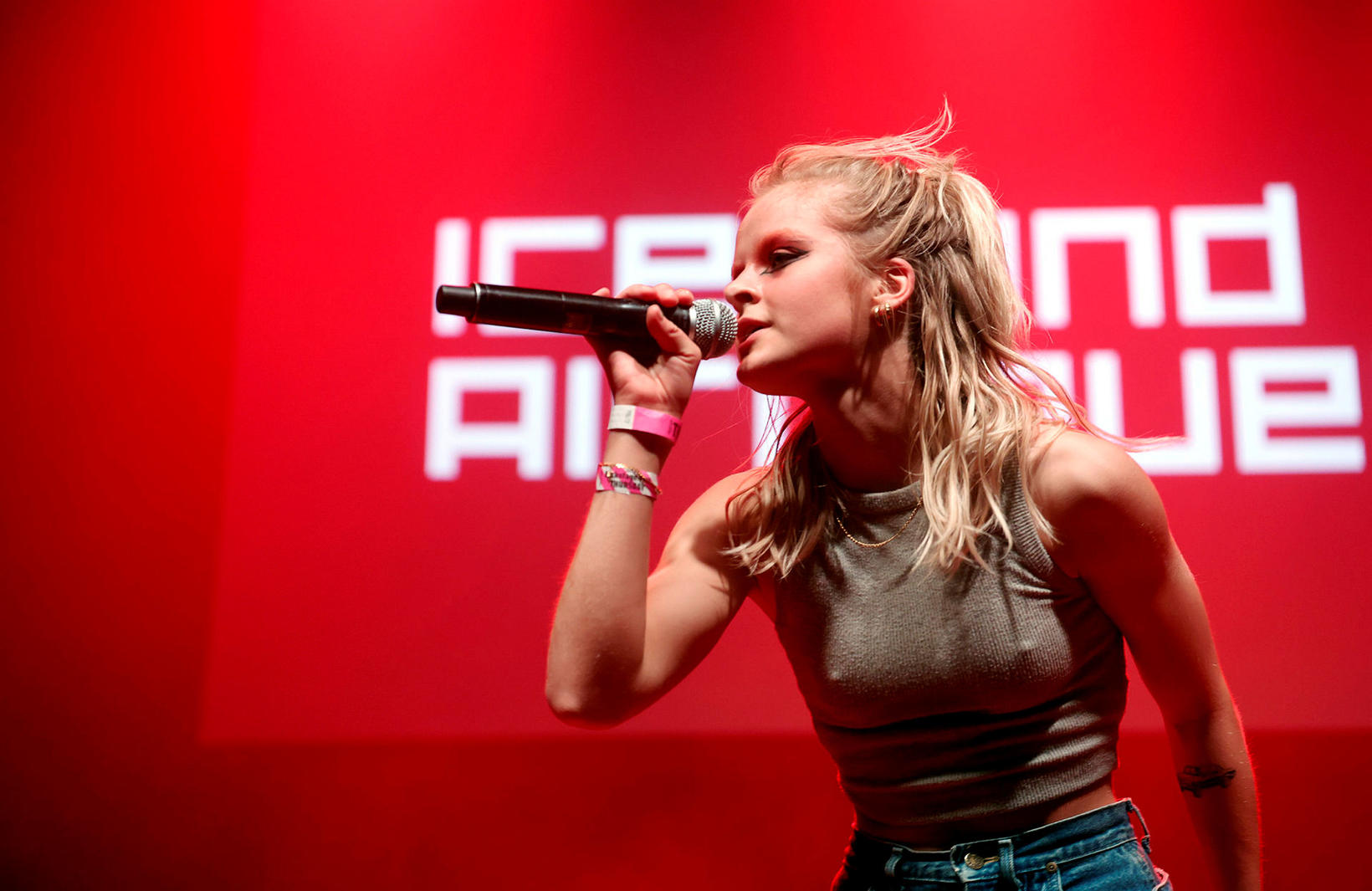 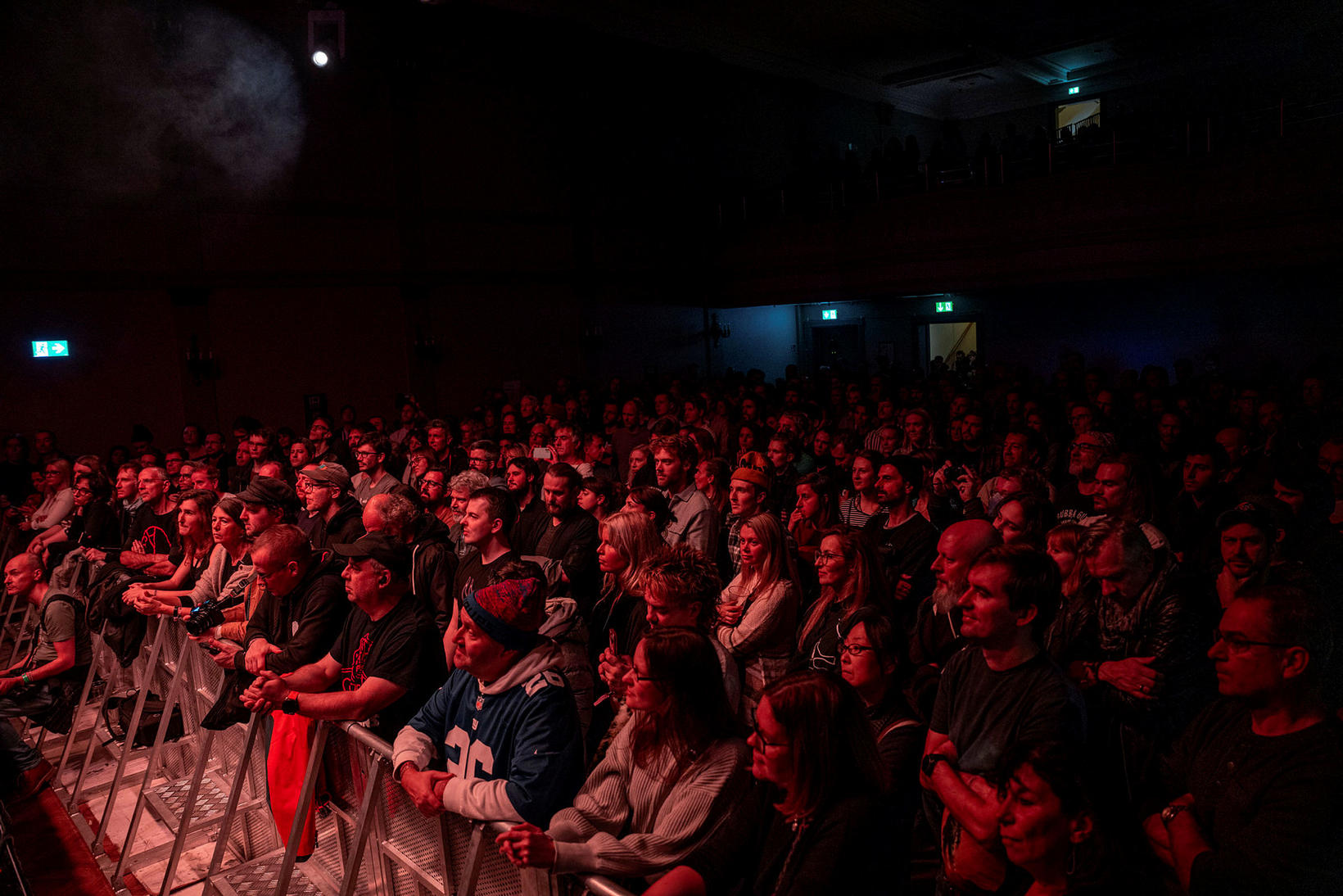 It was packed in Gamla bíó when JFDR was playing guitar and singing. mbl.is/Ari Páll 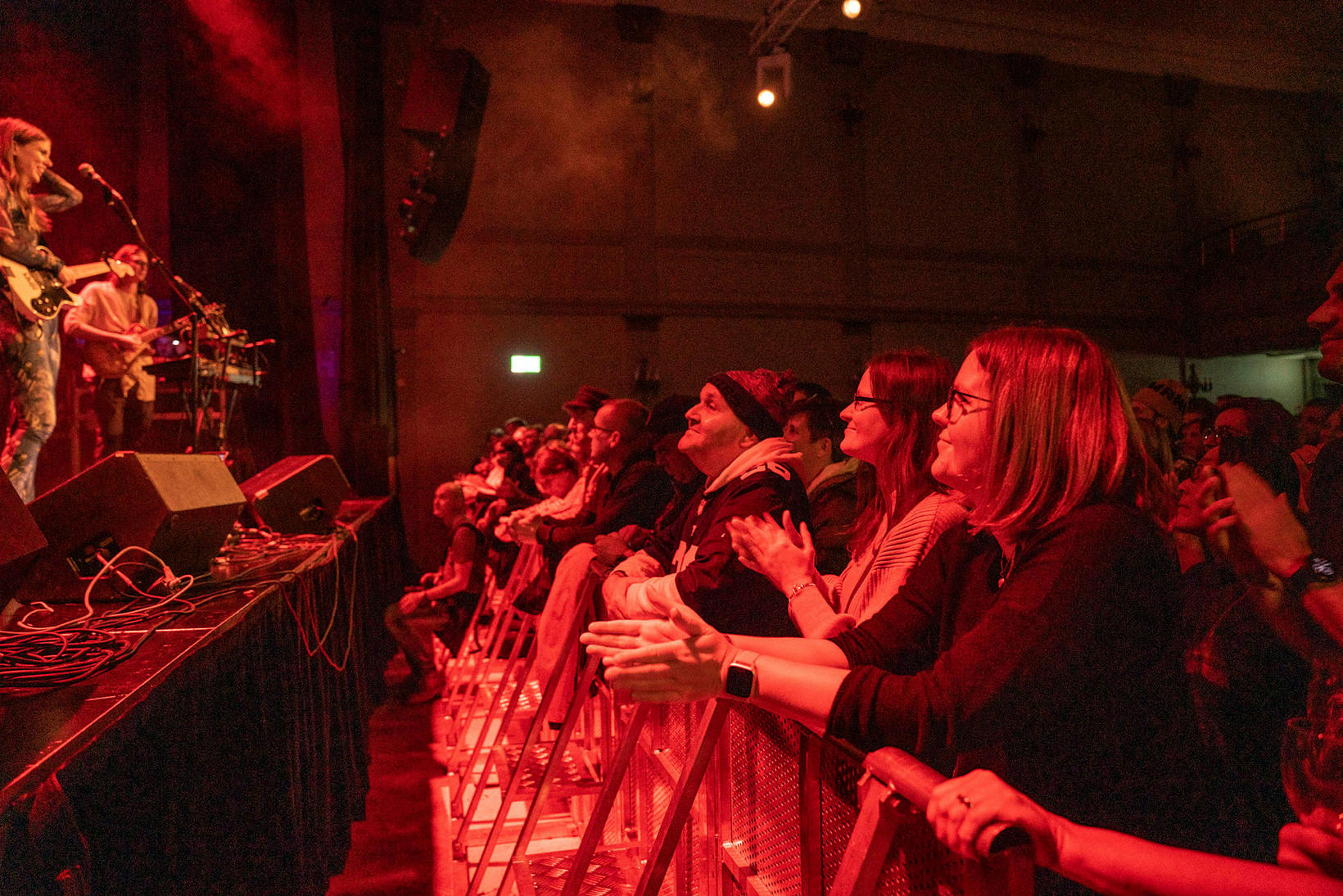 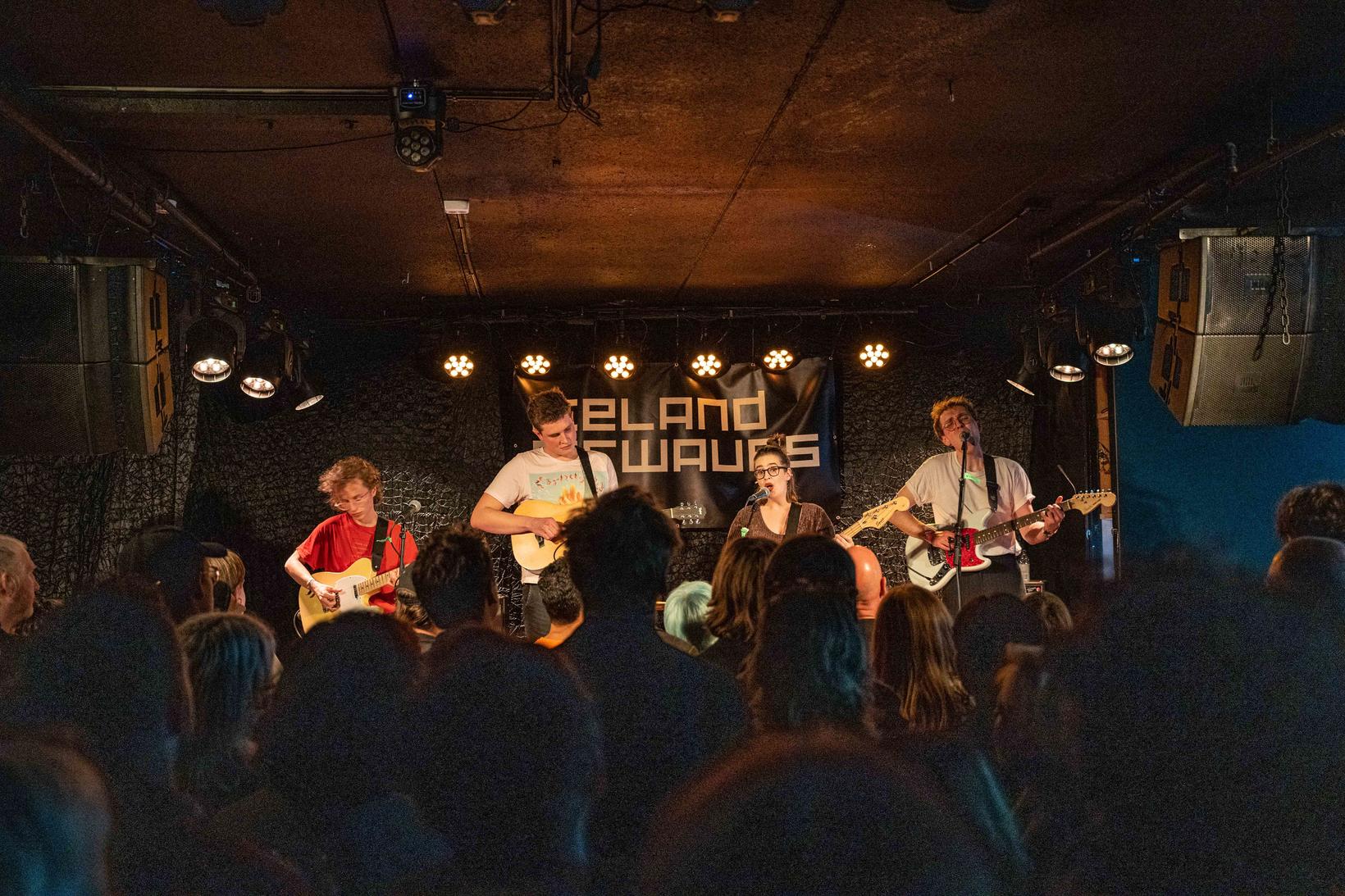 The band Supersport! was performing at the venue Húrra for a crowd. mbl.is/Ari Páll 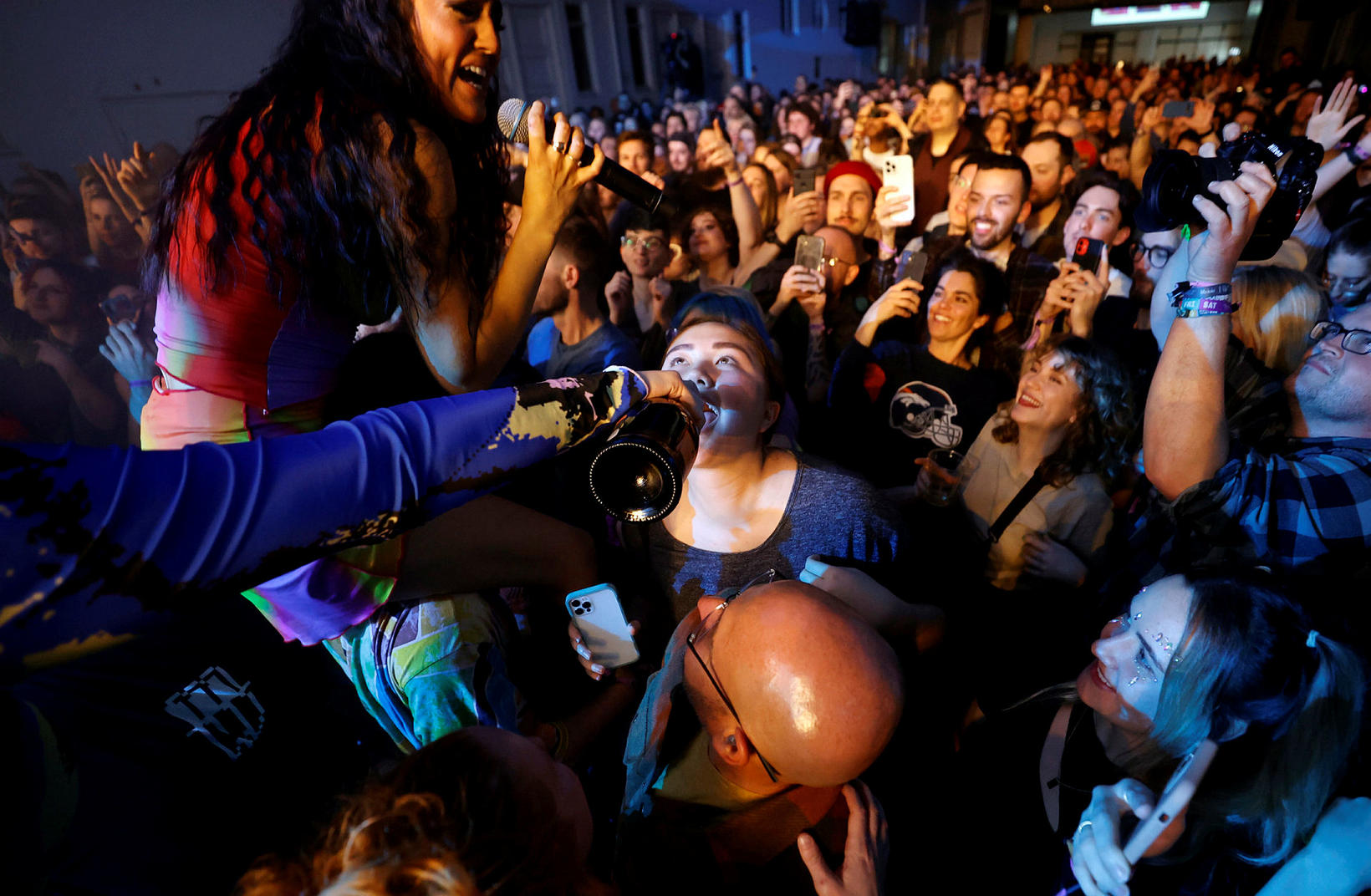 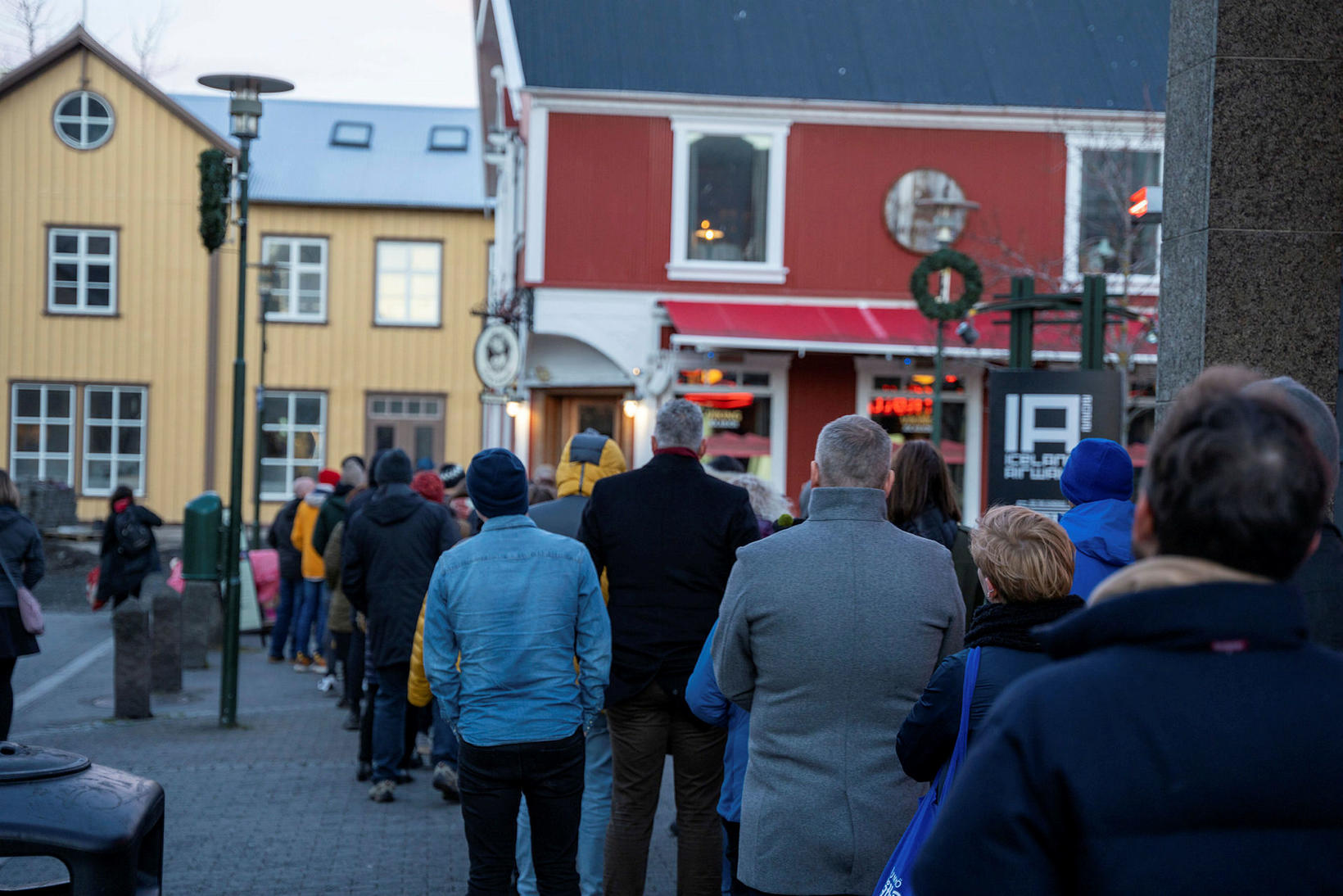