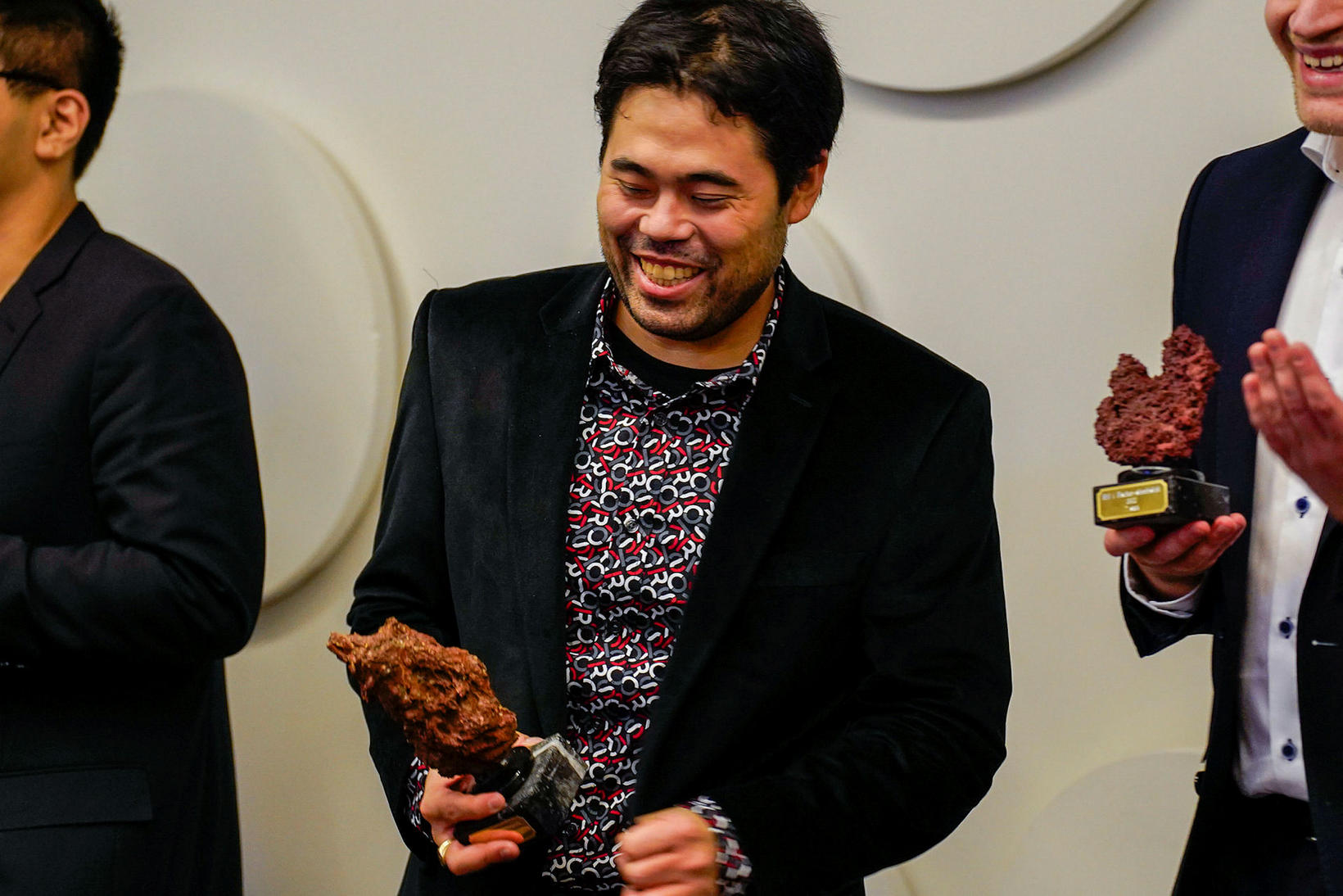 Nakamura was a happy camper on Sunday night with the 1st prize in hand. mbl.is/Óttar

The American grandmaster Hikaru Nakamura won the Fischer Randcom Chess Tournament that ended Sunday night in Reykjavík. The winner of the final was Hikaru Nakamura, defeating Ian Nepomniachtchi in armageddon after drawing the match 2-2. He is the second FIDE world champion in Fischer random chess.

Magnus Carlsen, the world chess champion, came third in the tournament after winning against the rising Uzbek youngster Nordibek Abdusattorov by three wins to one.

Nakamura does not go home empty-handed since he leaves with the $21 million ISK prize.