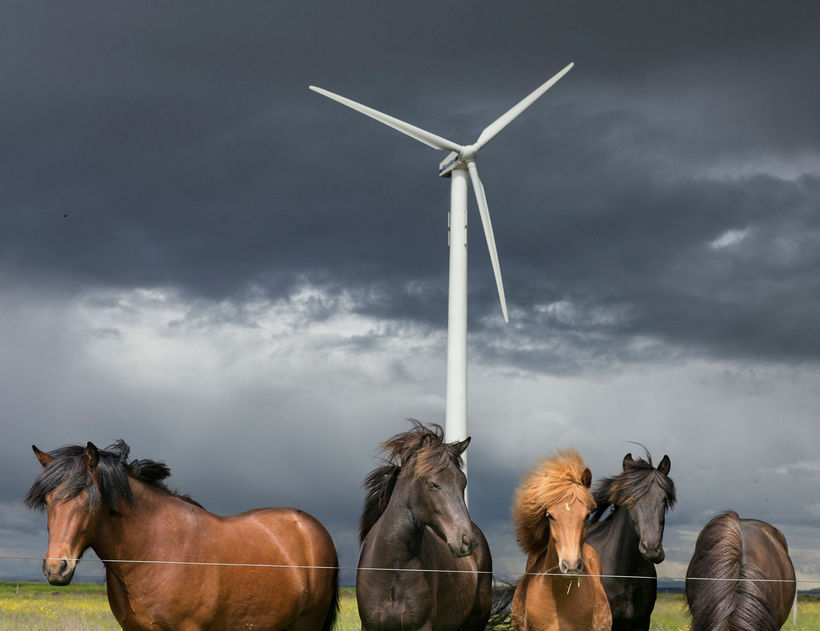 A wind turbine in Þykkvabær behind a group of horses. mbl.is/RAX

The latter wind turbine in Þykkvabær is now down after the staff of Hringrás first cut the foundation with a welding equipment and then jacked up one side of the turbine until it toppled over.

The work started at 14 PM yesterday and everything was planned, including drawing the exact line where the wind turbine was to be cut. This time no explosives were used, like last time, when the first wind turbine was taken down. That proceses took quite a few attempts, and proved to be a difficult and tedious undertaking.

This time the estimated time to take the wind turbine down was half an hour, but it ended up taking a longer time. The work didn't start at the scheduled time because it was decided to wait for the news crew from RÚV, and then the work itself took a bit longer as well.

The idea was to just use the welding device to cut the wind turbine, but when that was not  sufficient, it was decided to jack the turbine up on one side to make it topple over on its side and then use the welding equipment again and then let gravity do the rest. 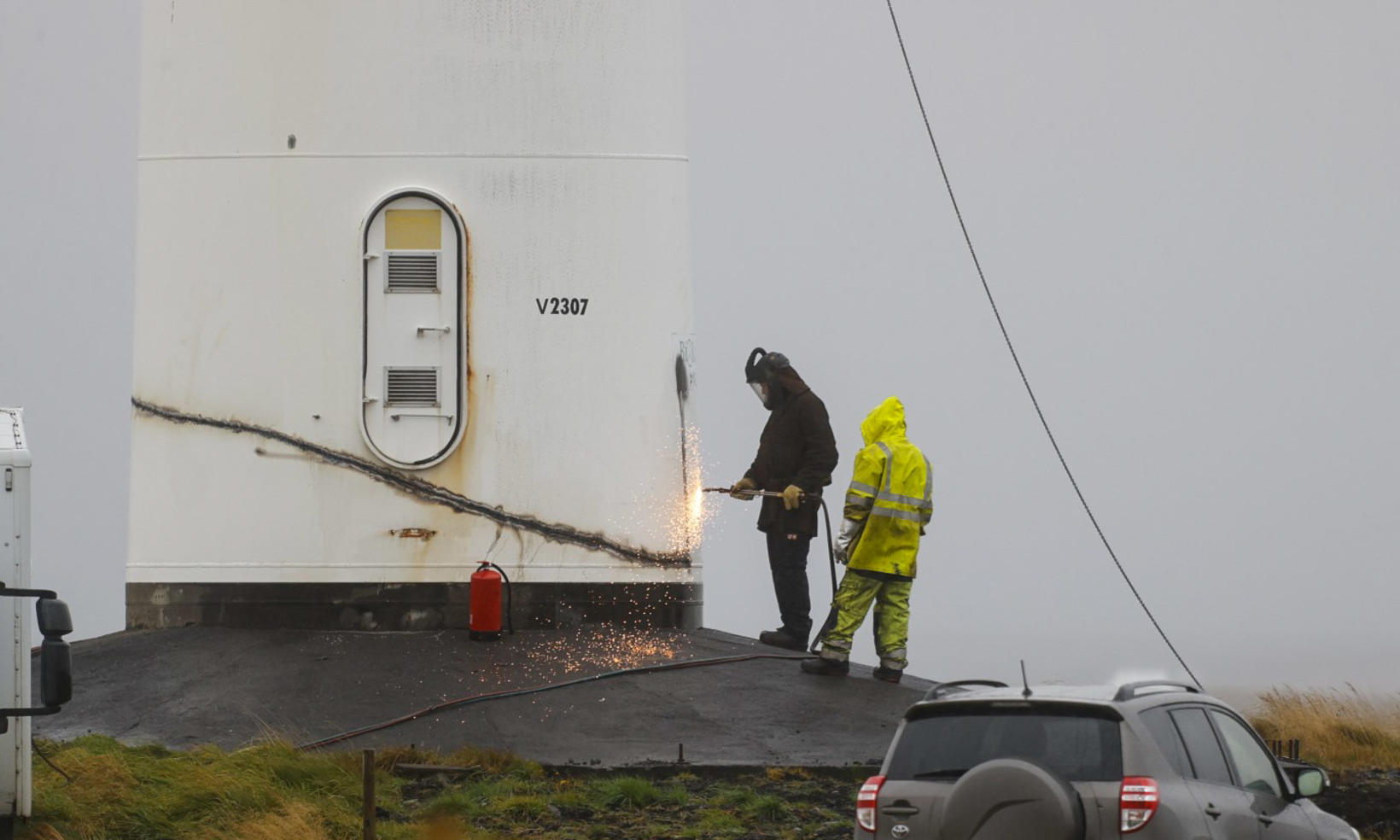 Why the wind turbines were taken down

Two wind turbines were in Þykkvabær, but both of them got damaged in a fire. The first wind turbine was taken down by the Coast Guard's bomb squad last April and now was the time to take the second one down.

The company Háblær who owns the turbines is planning on replacing these two turbines with new ones that are more productive. The new wind turbines will be erected on the foundation of the old ones. 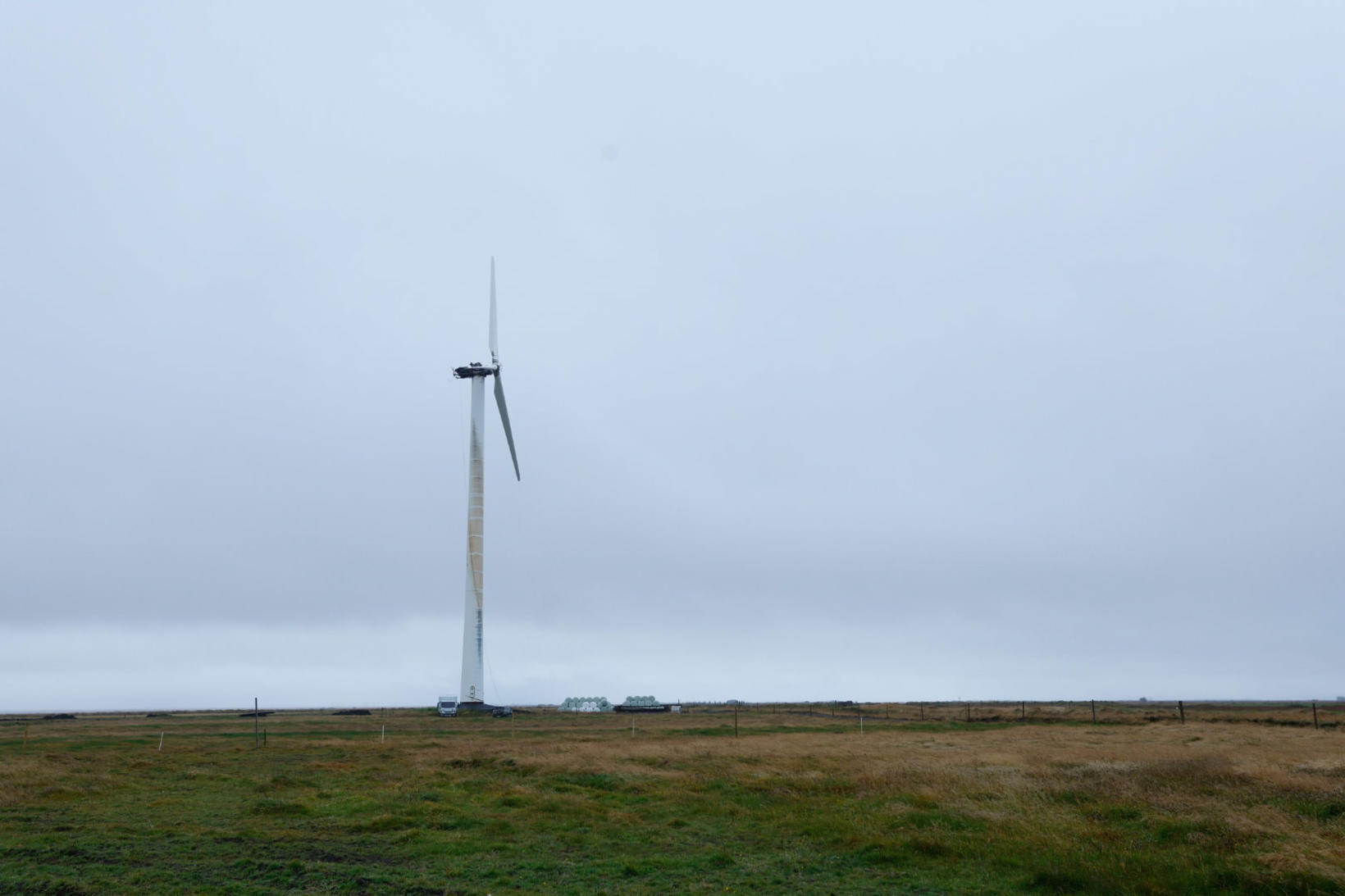 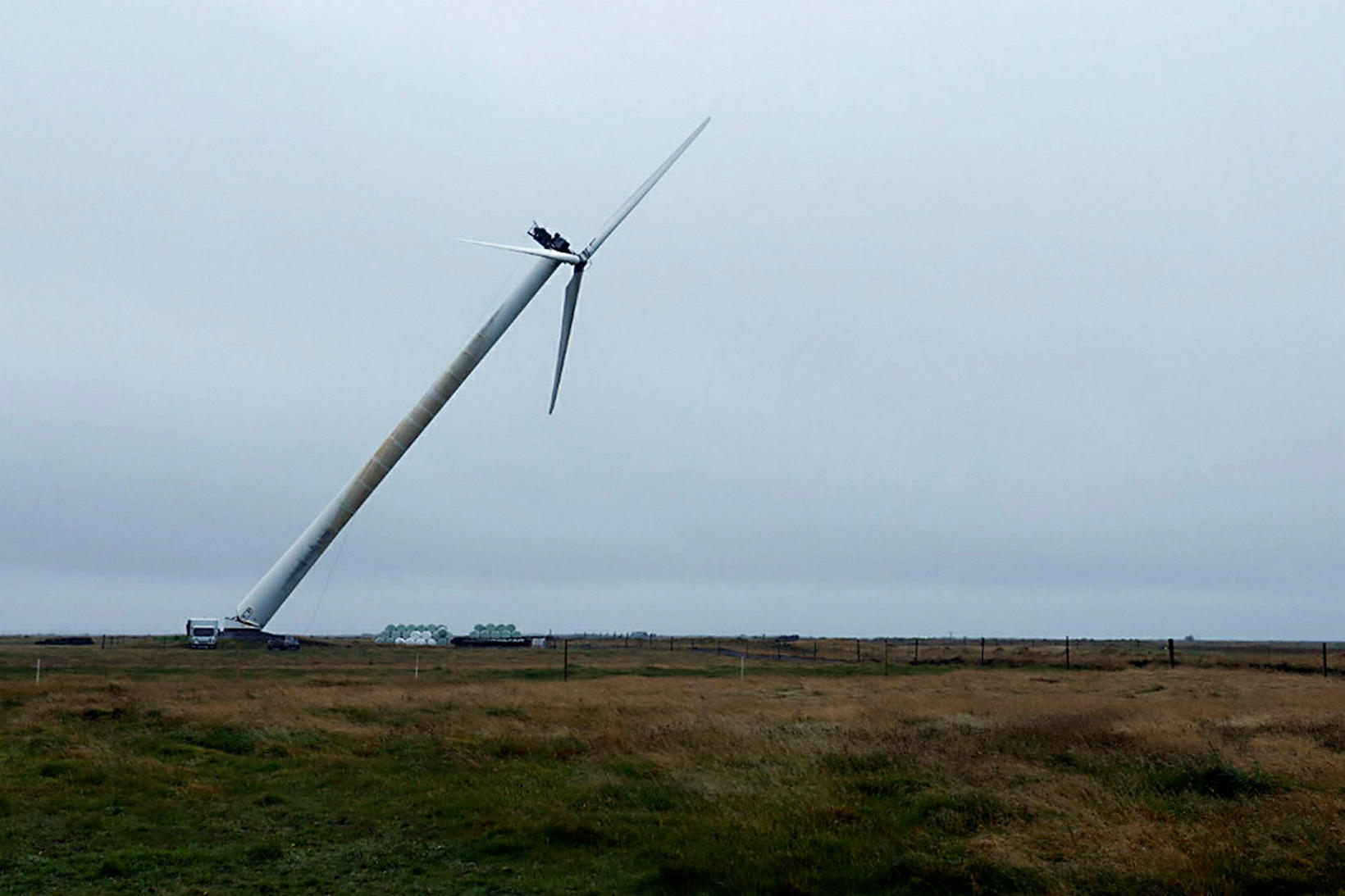 Here the wind turbine is toppling over. mbl.is/Eggert Jóhannesson It took about an hour and a half to finish the job. mbl.is/Eggert Jóhannesson 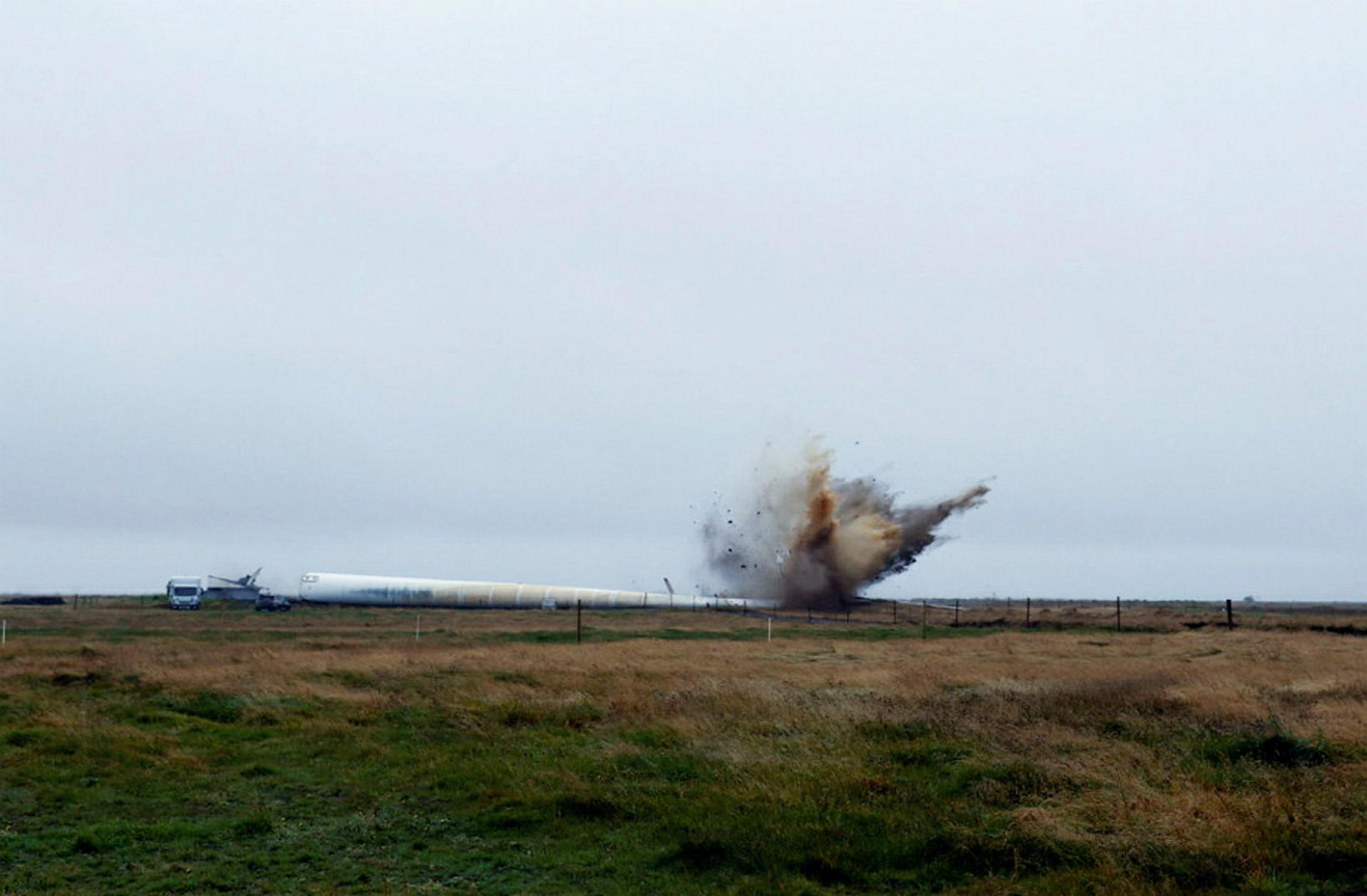 When the wind turbine fell to the ground the soil was hurled up into the air. mbl.is/Eggert Jóhannesson