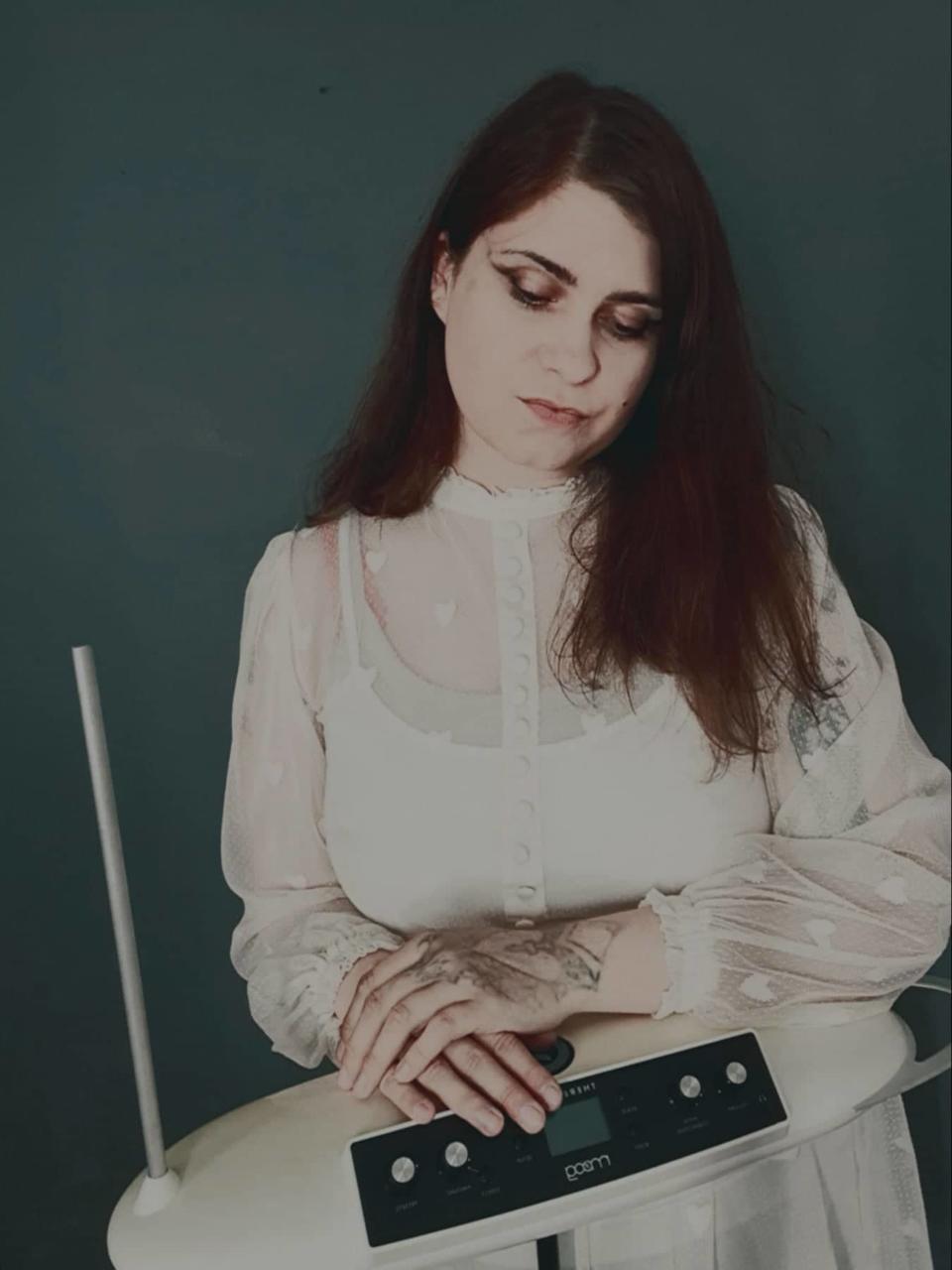 Hekla Magnúsdóttir has mastered and reclaimed the sound of the Russian instrument theremin according to John Lewis in The Guardian, who chose Xiuxiuejar the Contemporary album of the month. Sent to mbl.is

It is not every day that an Icelandic artist gets their new album chosen as a top album in their category by the foreign press. But last Friday, Hekla Magnúsdóttir's new album Xiuxiuejar was chosen the Contemporary album of the month in The Guardian , but the album was released on September 9th 2022 by Phantom Limb in the UK.

John Lewis writes in The Guardian that Hekla started playing on the theremin with a surf-rock band. "But she’s now part of a generation of musicians who are reclaiming the instrument’s unique properties on their own merits. Throughout Xiuxiuejar (Catalan for “to whisper” – Hekla has lived in Barcelona for much of her life) she multitracks bass lines, flute-like melodies and string-like mid-range counterpoints on multiple Moog Etherwave theremins, sometimes whispering vocals over the top." 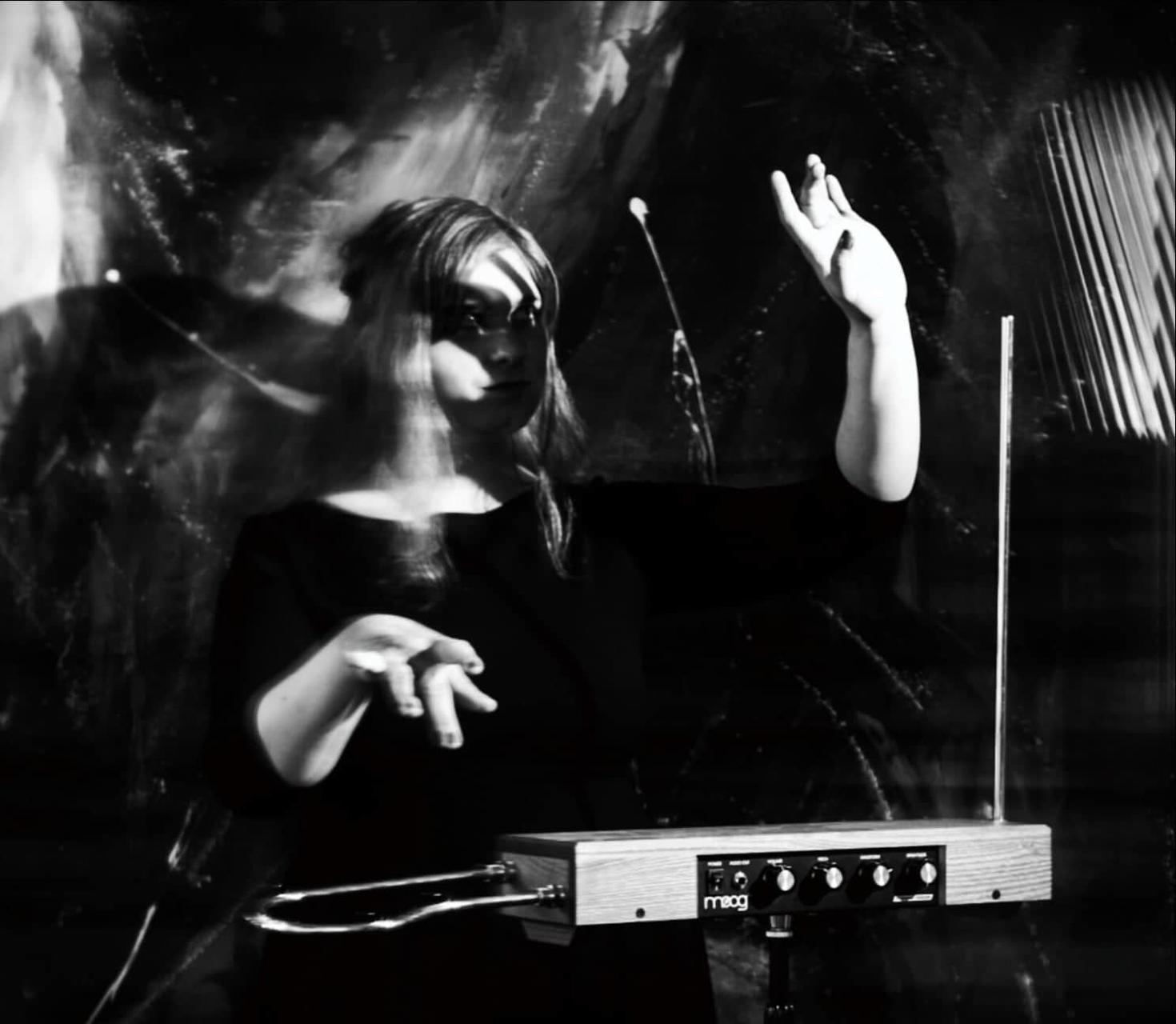 The music of Hekla is brautiful and eerie and evokes different feelings in the listener. Sent to mbl.is

"Somehow both ancient and futuristic at the same time"

"I think it is the dramatic element of the instrument that is so fascinating," Hekla says and adds: "The sound is somehow both ancient and futuristic at the same time."

There is no denying the dramatic effect of the melancholic theremin but listening to Hekla's music is like entering a mystical world that is almost on another frequency, perhaps a frequency closer to the emotions that seems both eerie and alien but at the same time has some enticing ambiance that makes you want to dive in and explore this musical world she has created.

Hekla lives and works in Reykjavík but she has a wordly flair, having been raised in Barcelona in Spain, and she has lived in different places in Europe, like Berlin. Her first solo album, Á, came out in 2018 by Phantom Limb, but two years earlier she released a single, Hekla, which won her the Kraumur awards in Iceland. Before that she worked with the surf rock band Bárujárn.

On her new album Hörður Bragason plays the organ, Óttarr Proppé sings and Arnljótur Sigurðsson and Sindri Freyr Steinsson play the flutes. Other instruments are played by Hekla herself, but she learned to play the cello from a young age. The artwork on the album is done by Hafsteinn Ársælsson.

On October 2nd Hekla will play in Queen Elizabeth Hall in Southbank Centre in London and next December here in Iceland in Doomcember , "the annual celebration of the most slow, heavy and groovy bands of Iceland."

Here below you can enter the musical world of Hekla by listening to Silfurrofinn from the new album Xiuxiuejar: