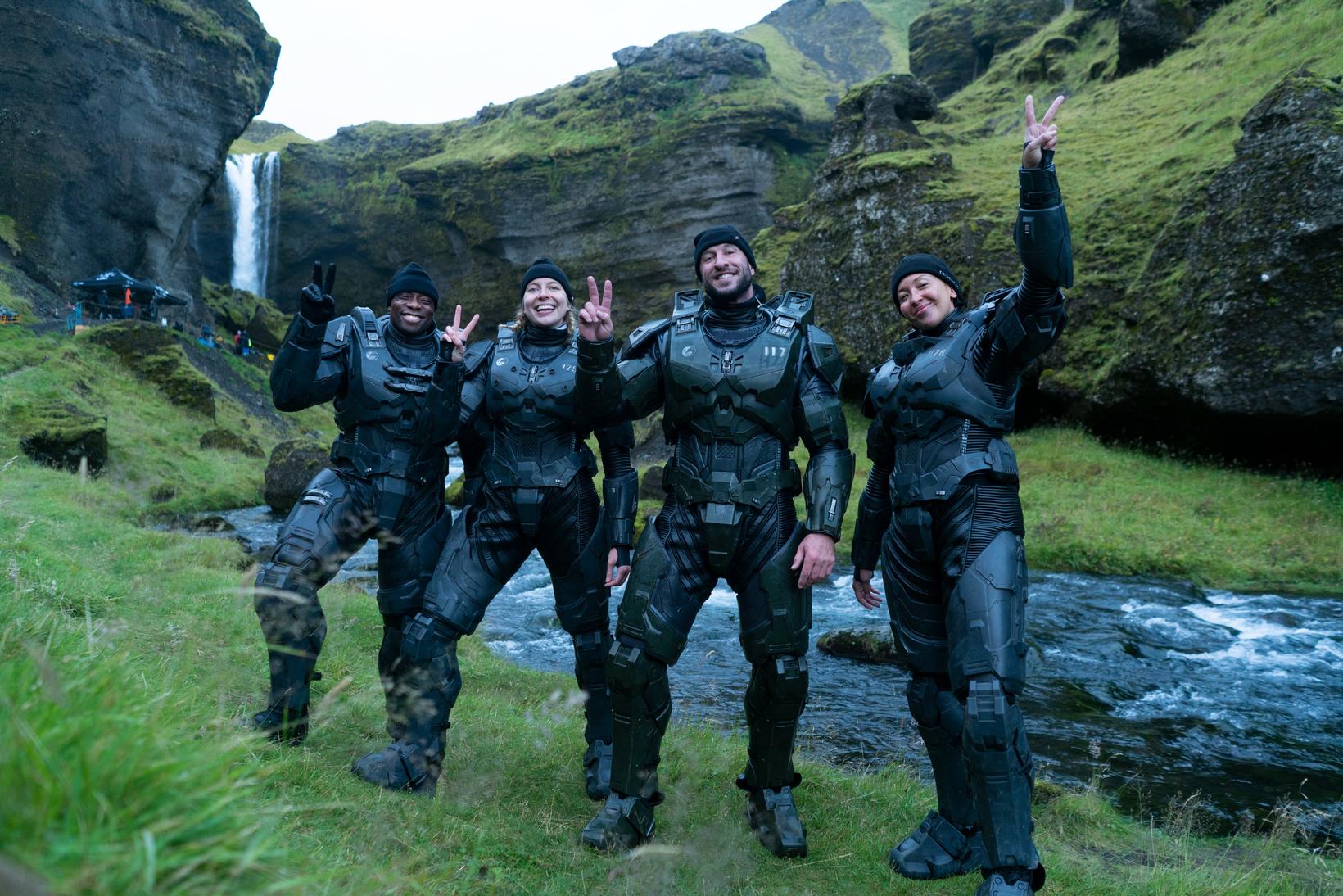 Shooting of the second series of Halo is now in process here in Icaland. The shooting locations are in the Reykjanes peninsula and also by Kvernufoss in the South of Iceland, as can be seen in the picture that was published on the Twitter page of the series yesterday.

In the picture is the leading actor, PabloSchreiber, who plays Master Chief and his team mates. Schreiber has been a supporting actor in many series in the last years, but many might know himfrom Orange is the New Black where he played George "Pornstache" Mendez.

Krýsuvíkurvegur was closed temporarily earlier this month because of the shooting for the series. Mbl.is/Guðrún Selma

As has been reported by mbl.is, the road to Krýsuvík was closed for a few days because of the shooting.

True North is in charge of the shooting in Iceland, but the series is produced for Paramount+ and are based on the popular computer game Halo which is made by Xbox Games Studios. The series is set in the 26th Century and is about a war between humans and aliens. The first season aired on 24th of March this year. The famous director, Steven Spielberg is one of the main producers of the series.

The first series was shotin Canada but were moved to Budapest in Hungary because of the the pandemic. The second season is estimated to air in the middle of next year, 2023.