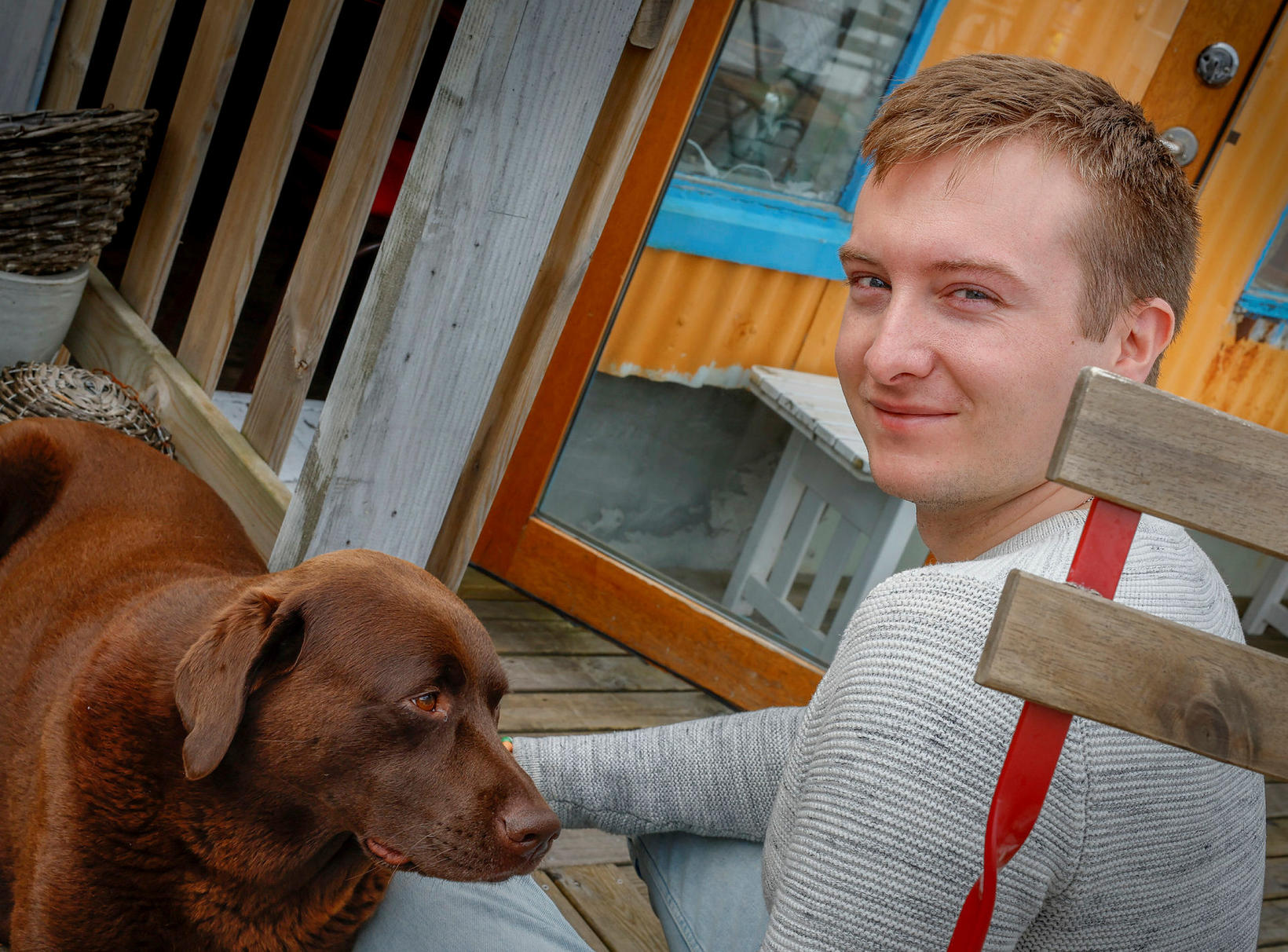 The director and writer of Redux, Heimir Bjarnason, with his dog Ripley who follows him everywhere he goes. mbl.is/Árni Sæberg

A new Icelandic film will premiere next Wednesday called Redux ( Þrot in Icelandic). The filmmaker is Heimir Bjarnason and it is his first feature film.

"Writing Redux was not only a job for me but more like a therapy that took me four years to complete. I see myself a lot in the three main characters, because they all have some elements of myself and by analyzing them I somehow got a clearar picture of myself. I didn't start out with that idea, it sort of just came up as I was doing it. It is quite nerve-racking to reveal the movie, because even though it is a crime drama, it also gives a lot of insight of who I am."

Bára Lind Þórarinsdóttir and Guðrún S. Gísladóttir in their roles in Redux.

Bjarnason has a lot in common with the main character Ragna. "She doesn't have a place in her life, and sticks to her brother, who becomes her role model. I wanted to analyze the relationship between the siblings. Even though I use a lot of my own experience when writing Sara's character, the story and the setting is completely different. I hurried to tell my mother that the mother in the film is not based on her," he says laughing.

The other main character, Arna, is more of a rebel and an anarchist. "Sometimes I get like that myself. I can get tired of all the rules and the conservatism."

The third main character is Júlíus who is struggling with his own prejudice. "That is something we all need to face."

Bjarnason has done about ten shorts but he says the process of making a full feature is completely different. He says he thoroughly enjoyed himself on the set. "I feel I can be  100% myself on the set. There I am in my element and I know exactly what I want and I can answer all questions I am asked. But it was a difficult process, nevertheless, and I lost 17 lbs in one month." 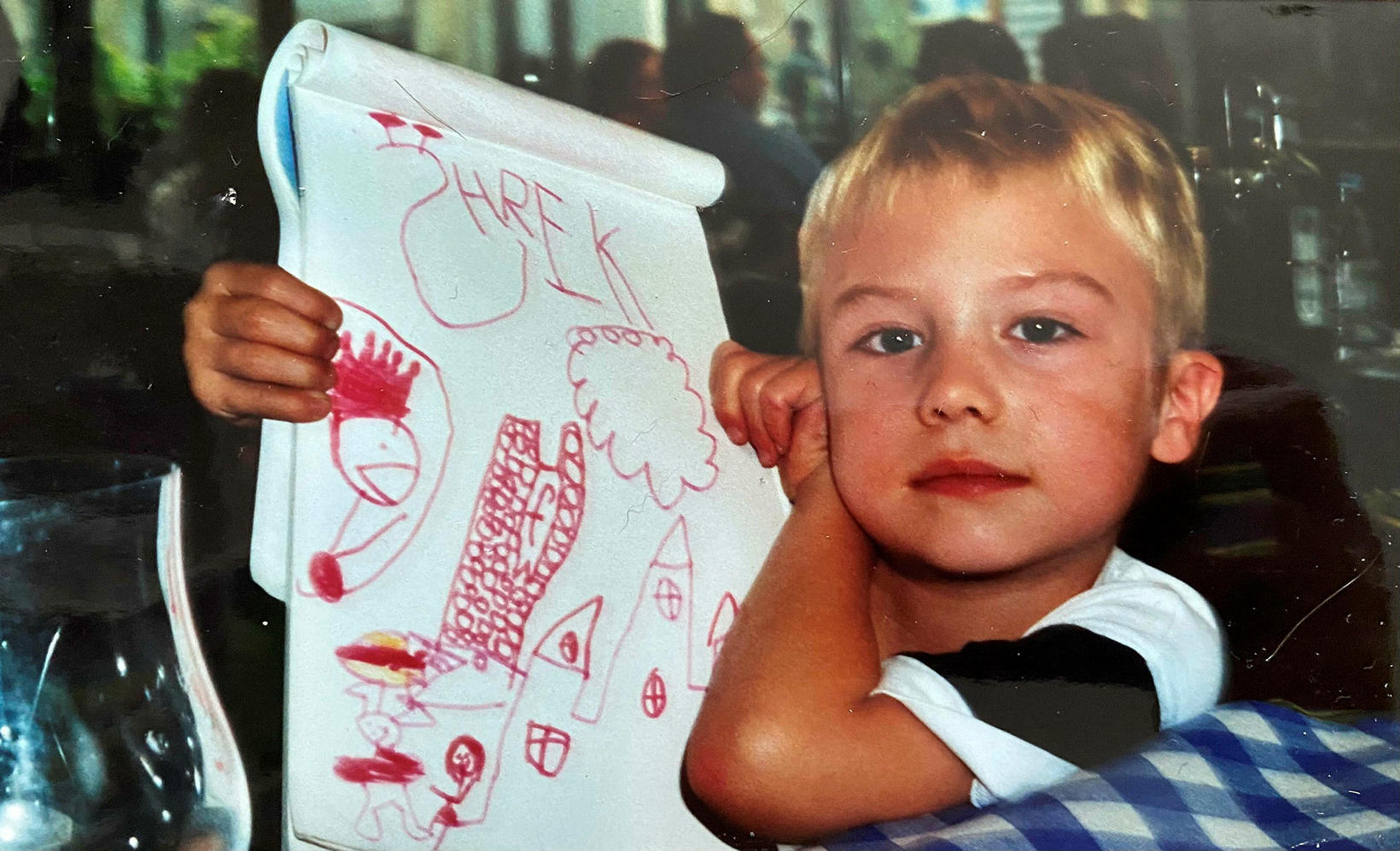 A young Bjarnason with his drawing of Shrek. He knew very early that he wanted to become a film maker.

Knew what he wanted at five years old

He was only five years old when he knew that he wanted to become a filmmaker. "It happened when I saw my first Indiana Jones movie. The first one is fine for young children but the sequel is not," he says jokingly. "Films have always shaped me and given me access to the world."

He did not fit in as a child and as a teenager and got bullied. He says that if he hadn't had the movies he would probably have been a very late bloomer. "I got to know life through the movies and they have always been my source. I got to know death when I saw My Girl , love in You've Got Mail and last but not the least, I got to know the dinosaurs in Jurassic Park .

Played the clown and the "crazy" guy

Bjarnason grew up partly in Switzerland but came to Iceland and went to Versló, the Commercial College of Iceland. He has mixed feelings about his time there. He learned a lot of things and made good friends but his insecurity was still like a theme through these school years. "Earlier, in my school years as a 14-15 year old I used to play the clown to get laughs, but in Versló there was a lot of partying and drinking. I got my attention by being the "crazy" guy, and that cannot end well. I was a bit of a paradox during those years and was torn over my idea of having to be a certain type." 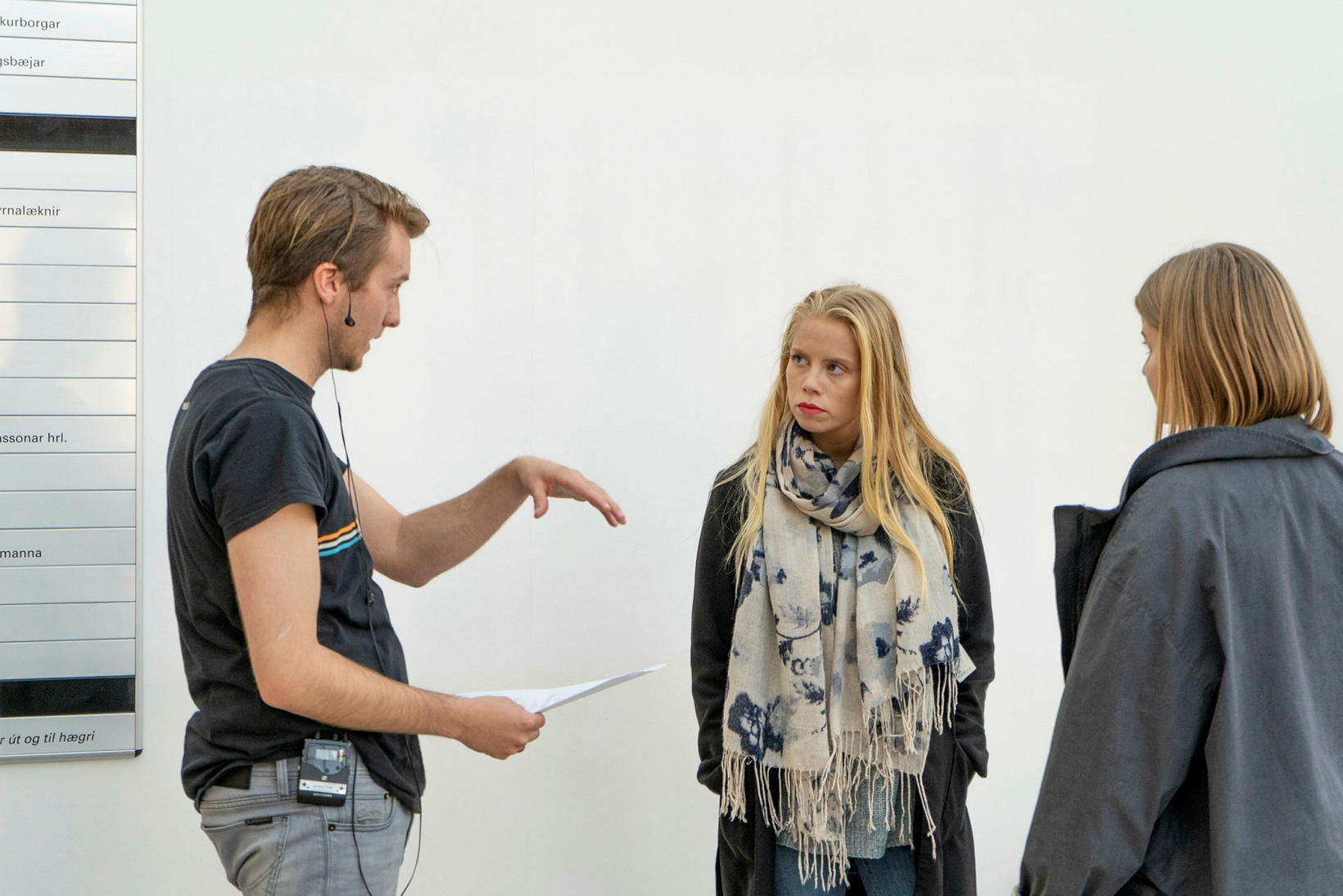 Bjarnason on the set directing Silja Rós Ragnarsdóttir and Bára Lind Þórarinsdóttir who play two of the main roles in the film.

Thought there was a hidden camera somewhere

Slowly but surely he got a better hold on his life and coming out of the closet at 15 was a huge milestone on that journey. That obviously happened as a result of a movie, but he had been watching the Icelandic film Jitters (Órói in Icelandic) by Baldvin Z.

"It was a revelation and I thought to myself: This is me! It is wonderful that there is an Icelandic movie that speaks to me that powerfully. To begin with I only came out to my sister. It took another two years for me to come out to the rest of the world."

"It was some kind of insecurity, I just wasn't 100% sure. For a while it was like I was between sleeping and waking. I was not at all the type that others found likely to come out of the closet. I was known as a bit of a hustler, which in hindsight I see as my insecurity, and there were only boys in my group of friends."

- Did this come as a surprise to others?

"Yes it did indeed. I told one of my friends about this in the mall and he thought there was a hidden camera somewhere," he says laughing.

"But what happened is that I just decided to finish it once and for all and wrote an article in the Versló school paper. I have always had a way with words, and find it easy to write."

He says his parents and his close family were supportive. "Admittedly, I have never asked them about their conversation about it just after my announcement," he says grinning. "But, jokes aside, I have felt nothing but support from my friends and family. People take me as I am."