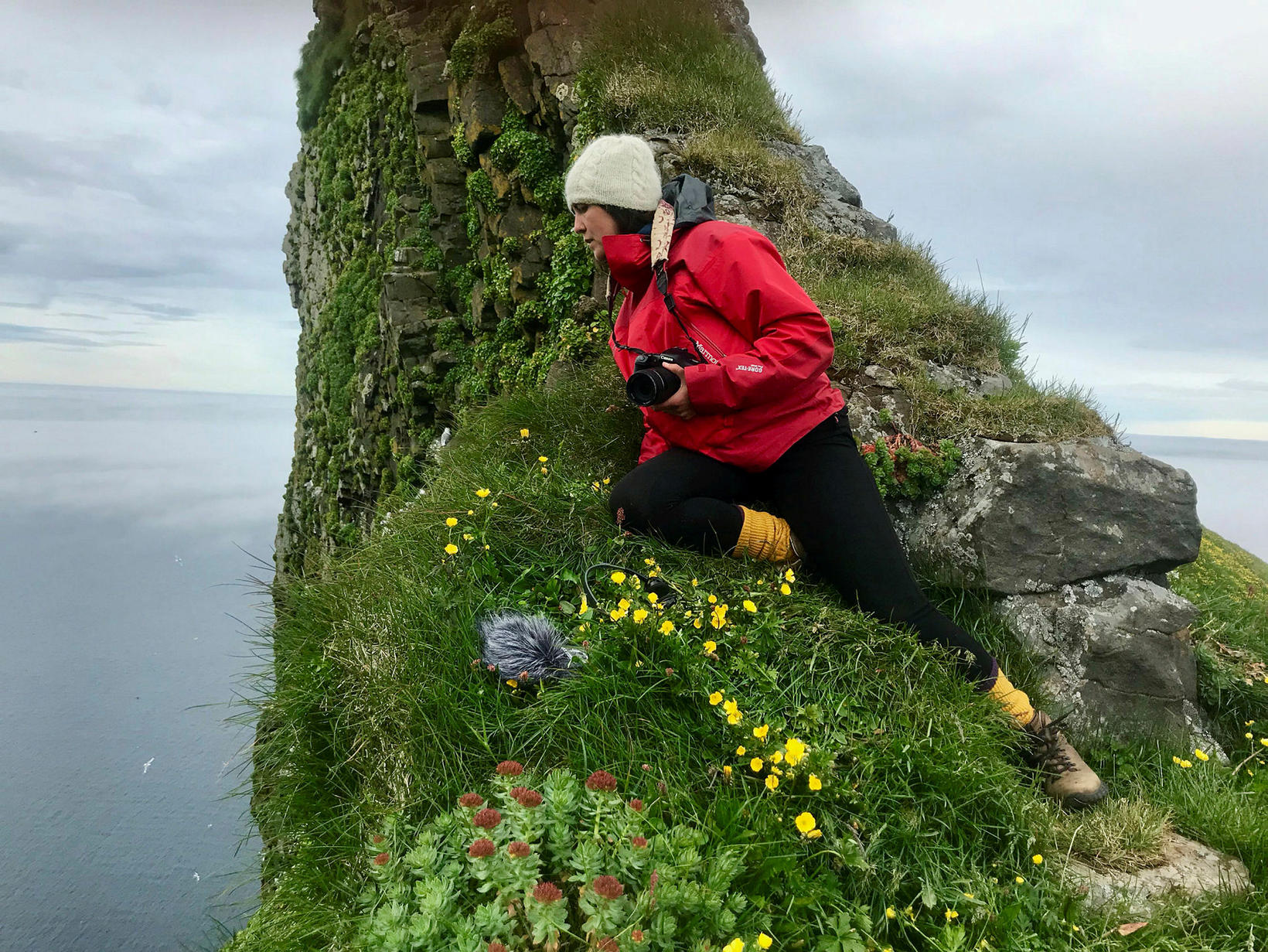 The writer and filmmaker Sarah Thomas lived in Iceland for a decade and now she has written her memoirs from her stay in the Westfjords in the book The Raven's Nest that was published recently.

Thomas first came to Iceland in the spring of 2008. There was a conference for anthropologists who are working on making documentaries in Ísafjörður in the Westfjords. "I have much more interest in everything that was happening outside of the conference rooms. This was in late May and constantly bright. I was completely charmed with the place."

This was her first experience of Iceland, but then fate took the reins. "The reason why I ended up moving here was that I stayed with a few artists who were friends of a friend and they offered me a summer job at Landmannalaugar. I accepted gladly, because I had seen pictures of the place and though to myself: "Oh my god, I will get the chance of living there?" Her job for the Tate museum in London was ending so it was a perfect fit.

Then Thomas met an Icelandic man and they decided to see where their relationship would go."We found a house near his family and that is how I ended up in Hnífsdalur and I believe that this experience and living there is what made me become an author."

Pretending to be invisible

Thom­as did not plan on writing a book at the outset about her stay in Iceland. "The plan was to make a documentary, something about recilience, because I noticed the people from the Westfjords are unbelievably resilient people."

But even though she had a lot of footage, she failed to make a movie, she says.

"I was trained in making movies in the way that the filmmaker is invisible, like a fly on a wall. But when trying to convey the experience of being a foreigner trying to adjust to a different culture, it somehow doesn't make sense to pretend to be invisible."

So what she had learned was not of much use and she felt she had footage she really couldn't work with as it was.

"Writing the book was a new way to re-take the movie. When writing you can position the camera elsewhere, or go back in time and reminiscence. So I feel like I have made a movie with words."

Beause she had already tried to make a movie translated into the book well because the memories were so clear in her mind. She remembers conversations well, the light and the surroundings because she was always thinking: "I wish I was shooting this now." That way the little things became easier to draw upon in the text.

"I got married, got divorced and moved away. After that experience I felt I had a huge story to tell which really needed to be told in some manner. I began to write, just as some kind of an experience, but then people were reading what I was writing and told me I really needed to do something with this text," Thomas says. 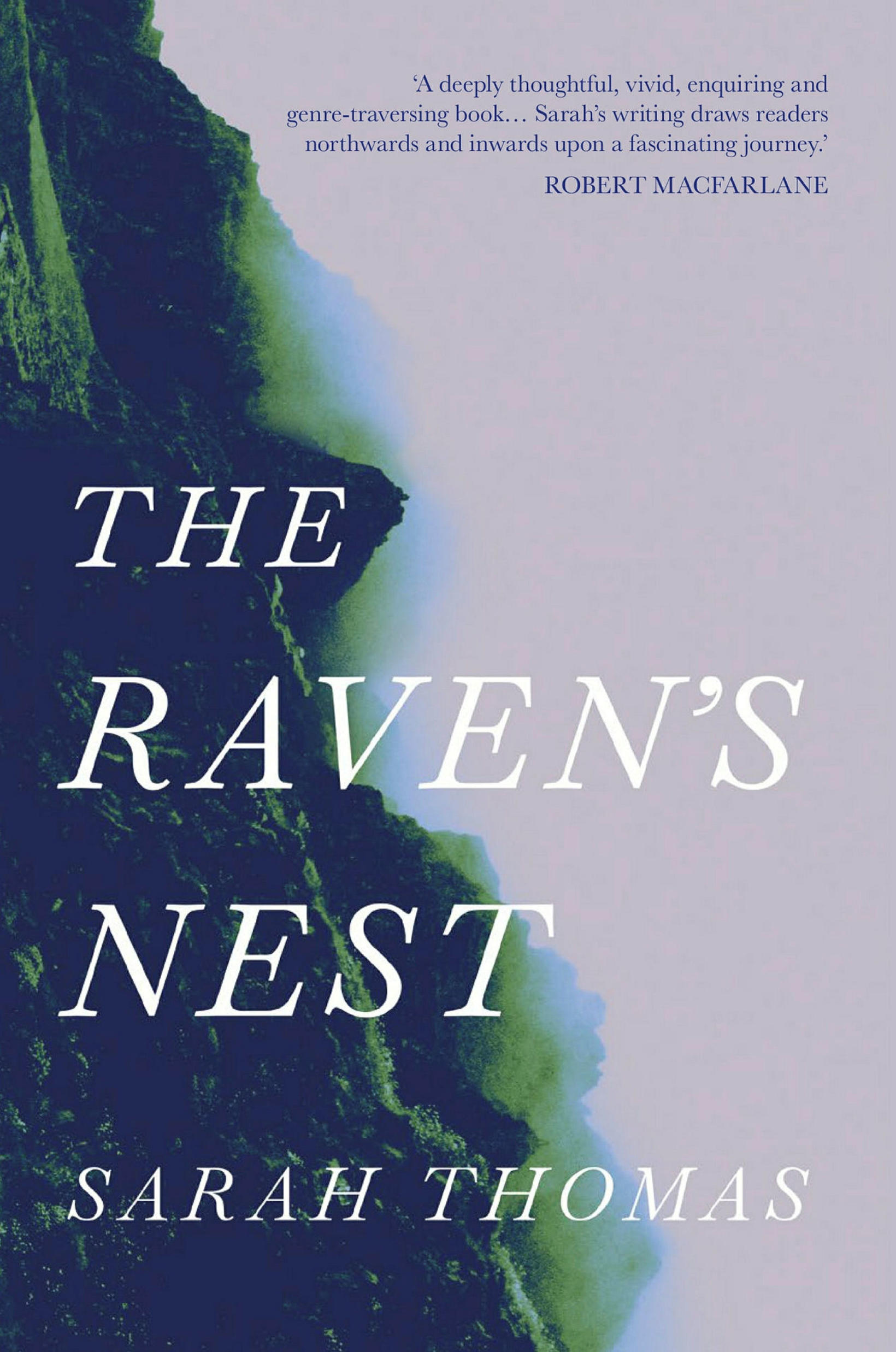 The only thing worth writing about

Even though climate change that humanity is facing is not directly the subject matter of the The Raven's Nest it is clearly an underlying theme in the book.

When asked whether climate change is an important issue for her she says: "The word "important" does not even cover it.We are all subject to this pending threat and anyone who doesn't think this is a huge issue is simply not paying attention. I am not saying that it is helpful to be constantly anxious, but this is the world we live in and deep down I think that this is the only thing worth writing about. But you won't find the words climate change in the book or anything similar," she says but gives an example of how that theme presents itself in the book.

"Once I called from Kenya, where my parents live, home to my husband to hear how he was doing and then a polar bear had come to shore on Hornstrandir and had been shot. I go through that phone conversation and indirectly point to what is going on."

But how was it for Thomas to live in the Westfjords.

"One of the things that made me decide to move to Iceland was that I knew deep down that this country would force me to think differently and it still has that effect on my to this day. I am still trying to figure out many of the things I learned when I lived there. It was very difficult, but I think it was vitally important for me to have to rethink everything from a different perspective. We get to a certain age and forget that we are a product of the community we grew up in. It is sometimes quite healthy to have it thrown upside down, especially in times of distress when you need new ideas."

-What was it about the people in the Westfjords which was different from what you were used to?

"Perhaps this attitude, which might be shared by all Icelanders,of "just trying". This was one of the first things I learned to say in Icelandic: "Bara prófa". I grew up in a community where in order to get to do something you needed some kind of an education, experience or something to make you fit for the job. But the first time I went gathering sheep I thought I would just be watching the others and filming. But very soon I became aware that since I had an extra pair of hands I should really help gather the sheep."

The language of the mountains

Another thing that had a deep impact on Thomas was learning Icelandic. "I don't speak it fluently but I had to learn it to be able to adjust to the community and the family that I was marrying into. My former father in law told me that he did not speak English. Later I found out that he actually did, but it took me two years to find that out."

Thomas was enchanted with how poetic Icelandic is. "My favourite word is "bergmál", which literally means the language of mountains. Just this one word makes the mountains come alive. I am not sure Icelanders think about it every time they hear the word "bergmál"."

Thomas is travelling in Iceland these days and she will read from her book in the old bookstore in Flateyri today at 4 PM and in the Museum of Jón Sigurðsson in Hrafnseyri next Sunday at 7:30 PM.

The Raven's Nest is available in Penninn Eymundsson .