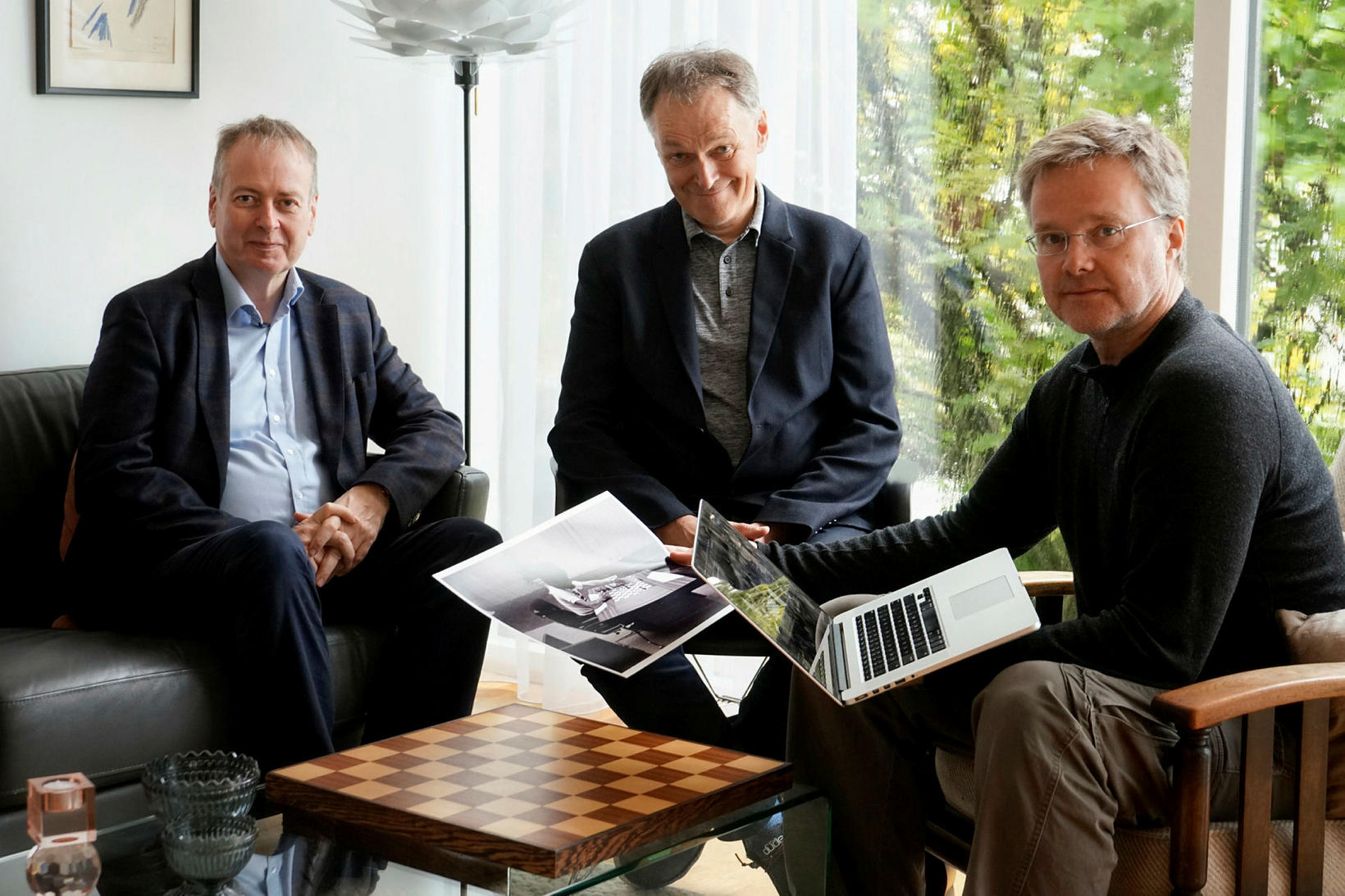 Jóhann Hjartarson, Helgi Ólafsson and Jón Gústafsson by the original chess table that was used in the Chessbattle of the Century 50 years ago in Reykjavik. Mbl.is/Hákon Pálsson

The Grandmasters Helgi Ólafsson and Jóhann Hjartarson are certain that the chess table that Bobby Fischer and Boris Spassky used when playing the 7.-21 st chess matches in the World Chess Championship, or what Icelanders call the Chessbattle of the Century, in Reykjavík in July 1972, which was held in Laugardalshöll in Reykjavík.They even fathom that they probably played the 3 rd game of the battle using that table as well. How do they know? They have been doing some detective work,with the help of the Icelandic filmmaker, Jón Gústafsson. 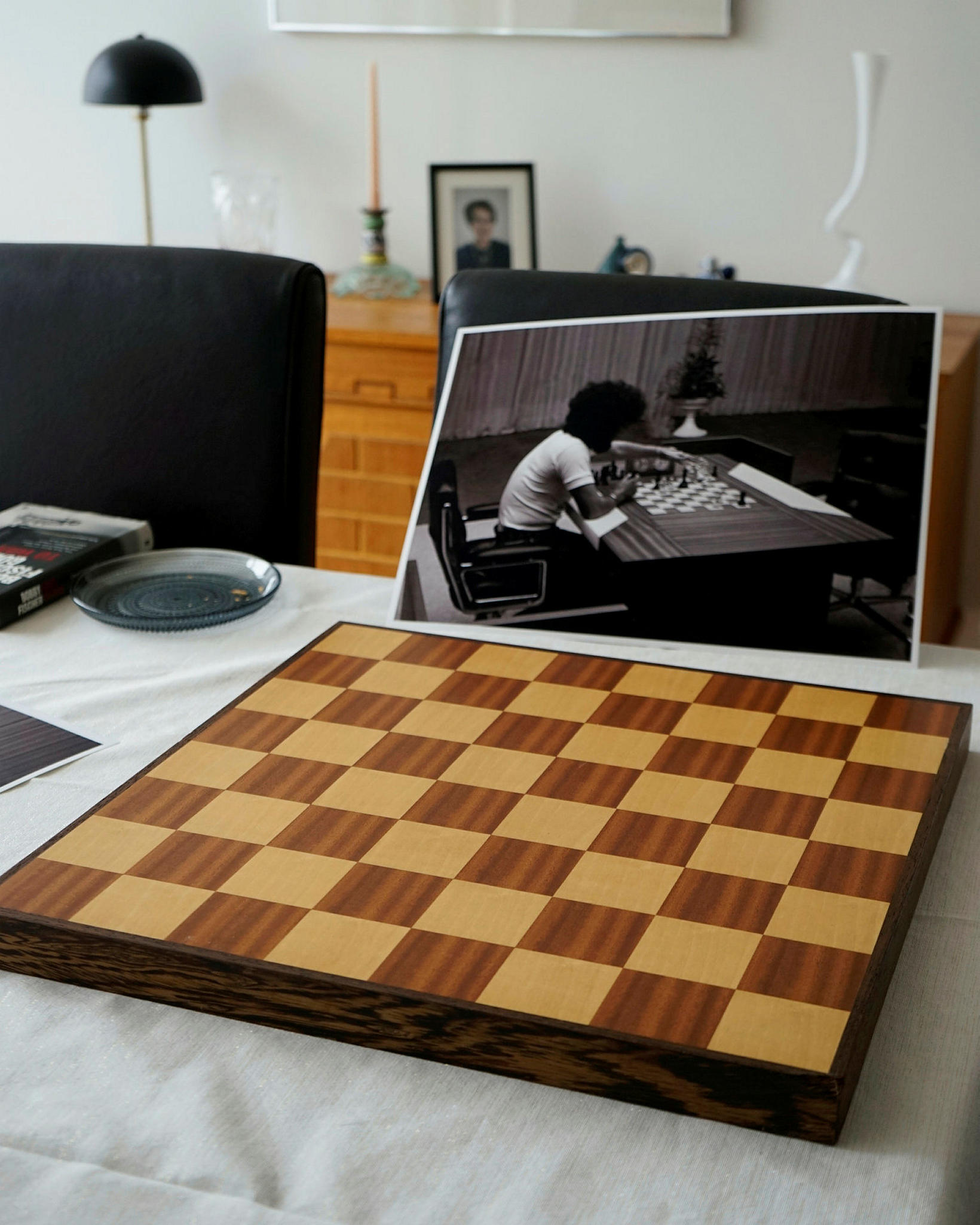 The historical chess table that was used in 1972 in Reykjavík in the World Chess Championship battle between the eccentric American wunderkind, Bobby Fischer, and the more friendly Russian, Boris Spassky, in July 1972. Mbl.is/Hákon Pálsson

There have been divided ideas whether the chess table, which has been the property of the Chess Associaton of Iceland, is in fact the very table the chessmasters used 50 years ago. Now both Ólafsson and Hjartarson say they are certain it is indeed the table Fischer and Spasskí used in the match. Hjartarson wants to talk about a 95% certainty, but Ólafsson wants to go even further. “The likelihood that this is not the table are minimal. I think it is at the stage where other options can be ruled out,” he says.

Clues in the historical photographs of the night porter

- But how can they be sure?

Now the filmmaker Jón Gústafsson comes into the picture. He works with Hjartarson at deCode Genetics and he was asked to compare photographs taken at the time of the World Championship in Reykjavík with the actual chess table in question. These pictures were taken secretly by Sigurður Jakobsson, who was the night porter of Laugardalshöll at the time. He used a camera which was owned by the Spanish reporter, Alberto Canaguerals. The photographs were taken one night after the last game of the battle and on it you can see the final end game of the match. Gústafsson is not beating about the bush: He states that this must be the same table. 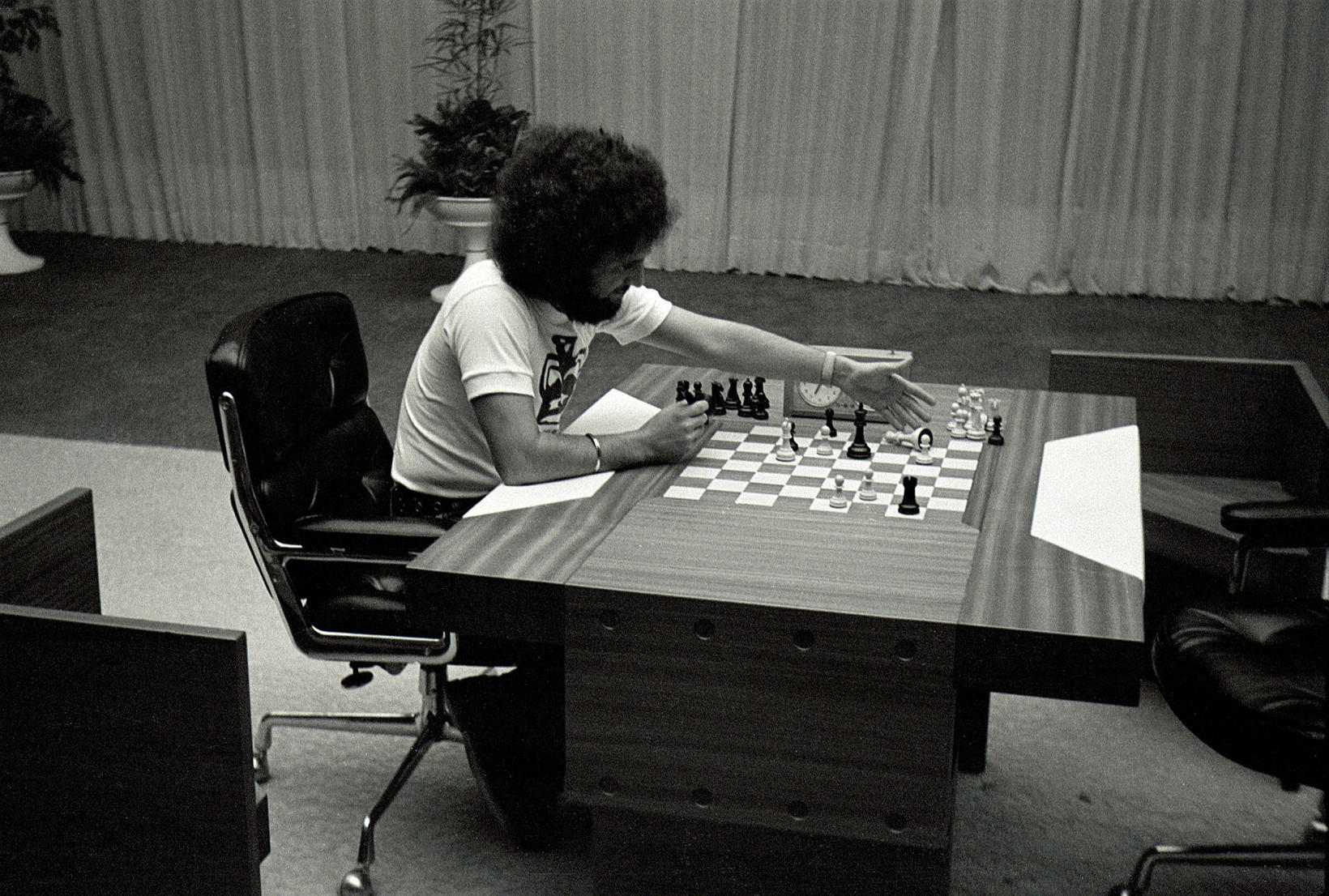 The night porter, Sigurður Jakobsson, was friends with Alberto Canagueral, who can be seen here on the stage in Laugardalshöllin at the beginning of September 1972. The chess table displays the final endgame of the last game of the World Chess Championship. Photograph/Sigurður Jakobsson

Ólafsson got a hold of said photographs in 2018 when he met Canagueral in relation to a different matter and he published one of the in Morgunblaðið, where he writes a weekly column about chess. He urged people in the column to make sure the case of the chess table would be solved before the 50 th anniversary of the Chessbattle of the Century. “I had been looking for this photograph for decades and there it finally was, right in front of me. It captured the chess table in detail and I knew I had to investigate this further,” says Ólafsson, but through the years there has been a lot of talk about the original chess table used in the match in Reykjavík having been sold at an auction in New York City in 2011. But at that time there were already doubts whether it was, in fact, the genuine article.

Both Ólafsson and Hjartarson agree that the photographs that Jakobsson took of Canagueral are a remarkable historical source, but only one specified photographer was allowed to photograph during the match. “Fischer was furious if he heard anyony snap a picture and he maintained he could hear the noise of film equipment in the room,” Hjartarson says. 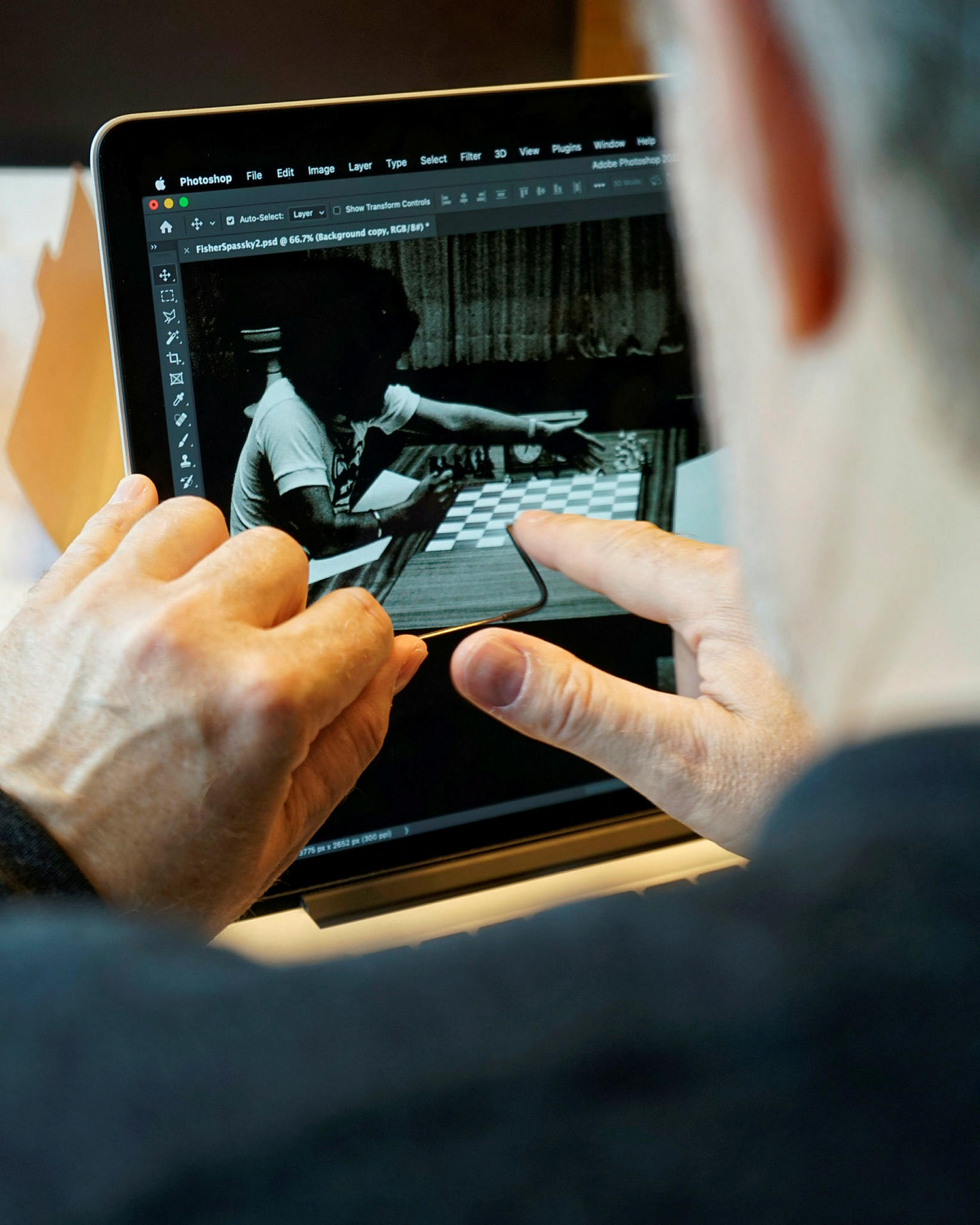 Both Ólafsson and Hjartarson are on the board of the Bobby Fischer Center in Selfoss, and one night late last year on their way home after a board meeting they started talking about these photographs. “I got the idea of getting Jón Gústafsson to analyse the photographs and compare to the chess table that the Icelandic Chess Association has had for ages. Gústafsson is mainly doing Hollywood movies but he decided to do this on the side,” says Hjartarson smiling.

With Gústafsson on board, the real CSI investigation started, but that is what they call the work and are referencing to the famous CSI TV shows where investigators on the field really shine. “I am not here because I know more about Chess than they do,” says Gústafsson, but he knows a thing or two about analysing photographs and has a top notch equipment for the job.

The first step was to get the photographs from Canagueral in the best pixel resolution possible. “Obviously I wanted to get the actual film, but he did not want to part with it,” says Gústafsson, but the photographs were probably taken on a 400 asa film. The next step was photographing the chess table itself and compare it with the older photographs. By thoroughly comparing the photographs and putting the new ones on top of the old ones, he shows the journalist how some of the black squares, like D6, C7, E7 and C3 are completely identical. The lines in the table are also identical as in the old photographs. “In my mind this is as good an evidence as could possibly be found. We are talking about the same chess table.”