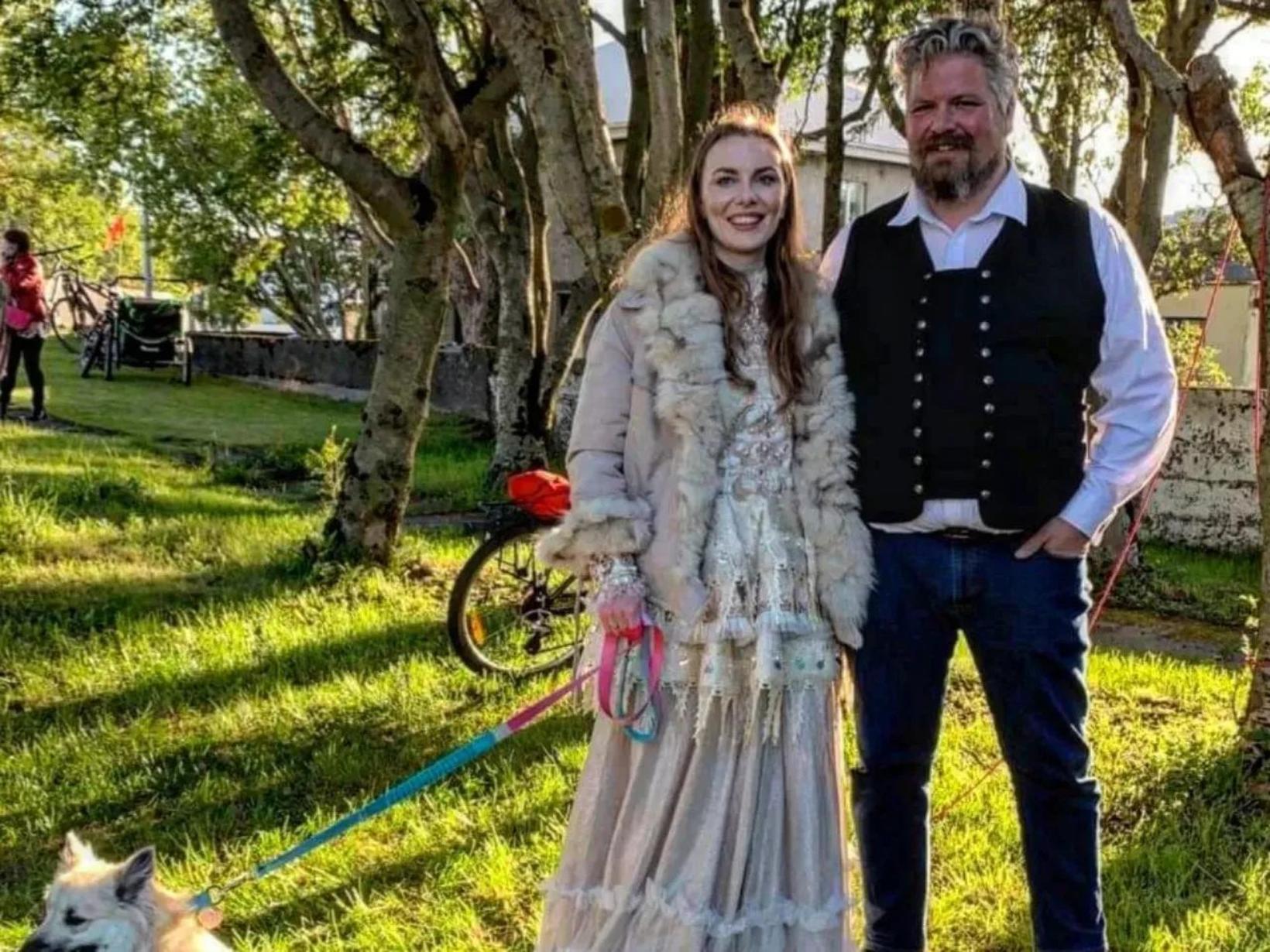 The couple Jón Þorsteinn Sigurðsson and Svetlana Veschagina got married last summer and had planned a second wedding party on their first year anniversary so her family could attend. The war in Ukraine, however, made a dent in that plan. They decided to still go on with the anniversary celebration but added a new twist. They decided to have a big garden party and invite all their neighbours to the festivities and raise money for disabled children in war. 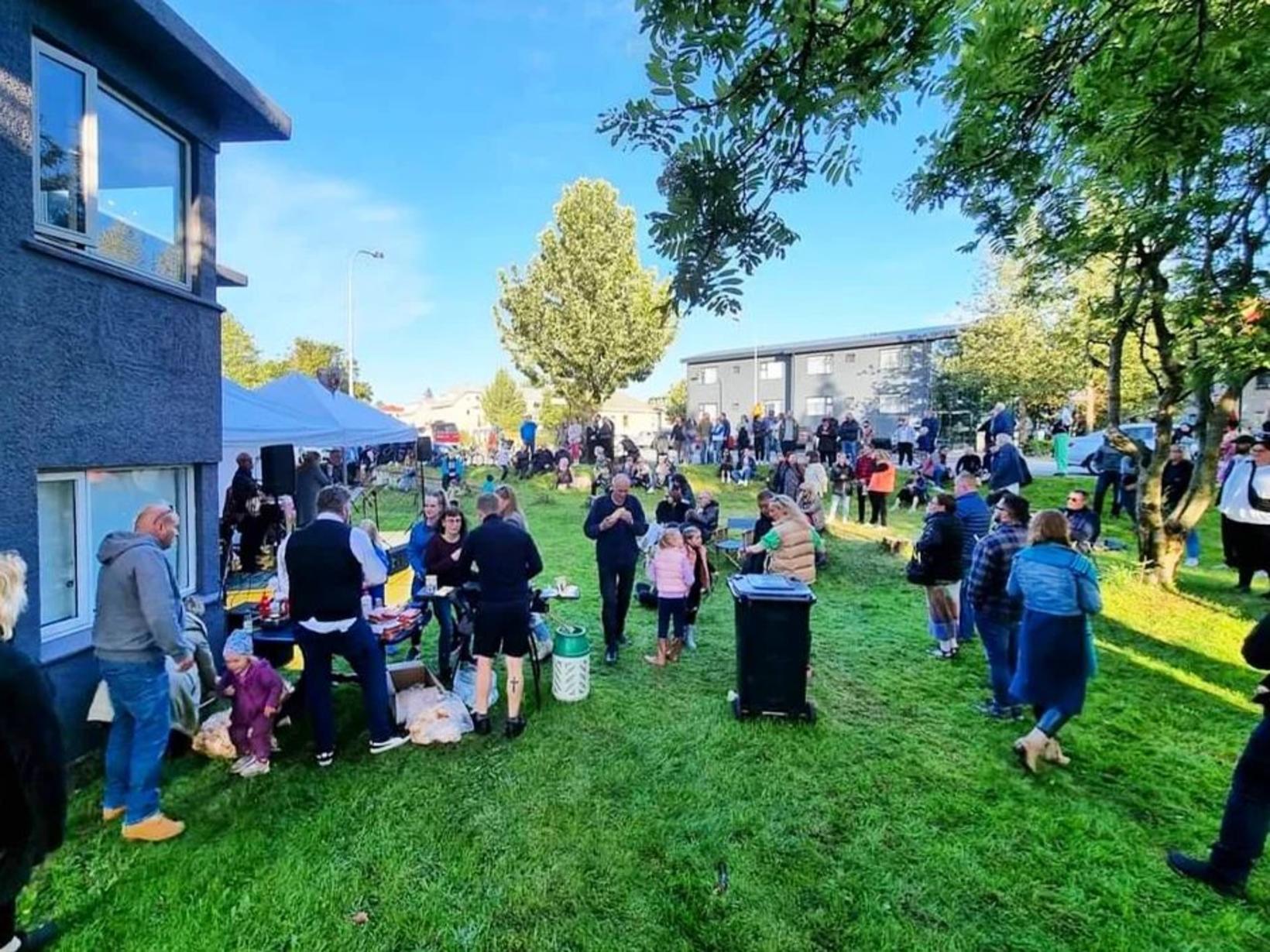 There were approximately 170 people in the garden party. Ljósmynd/Halldór Ingi

A change of plans

"It all started because I was going to get married again next Tuesday with my wife's family from Russia. But because of the situation in the world that was not a possibility because they did not get travel visas to go to Iceland," Sigurðsson says.

"We wanted to have a big wedding party with all her side of the family," he says. 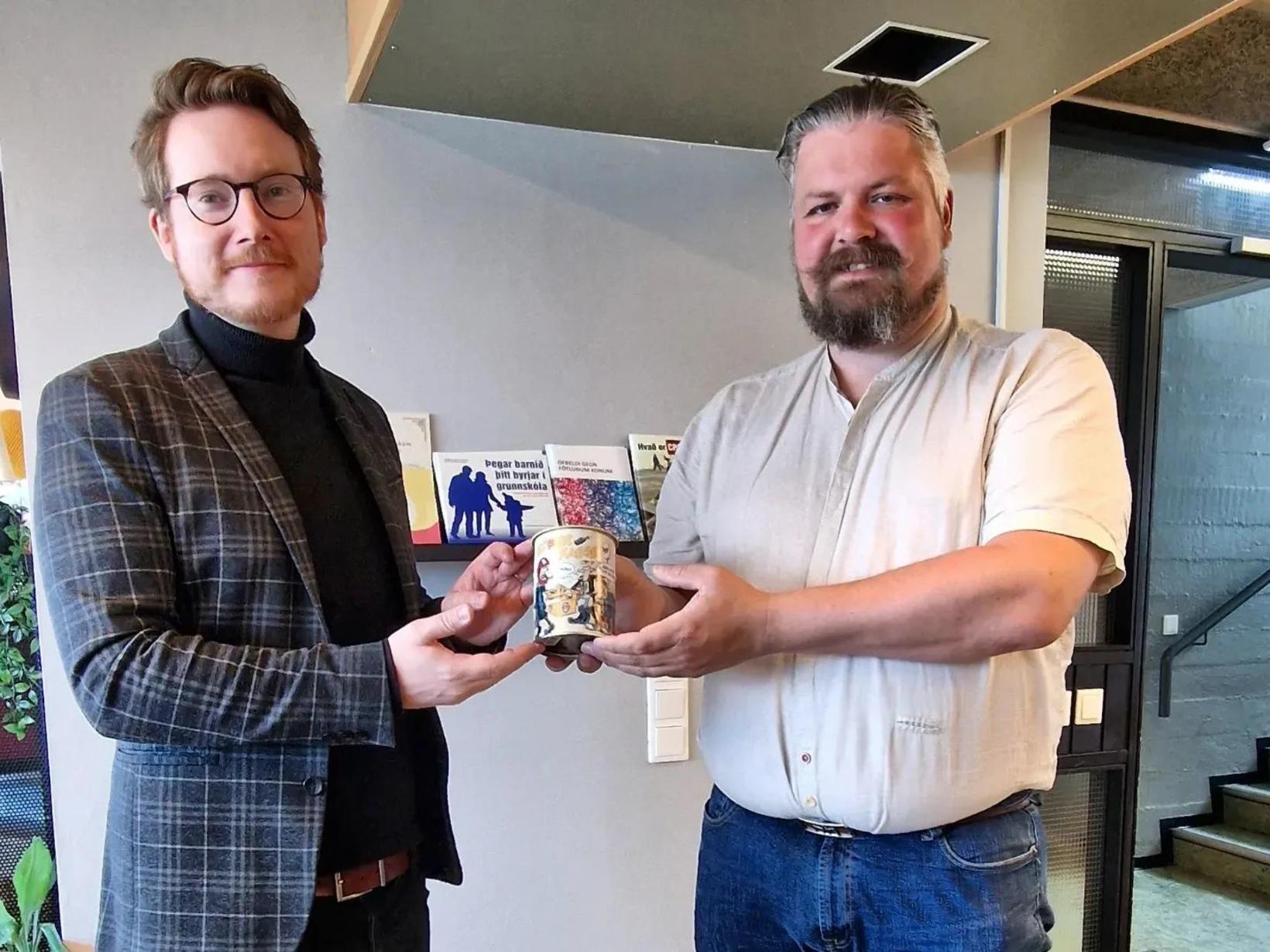 Sigurðsson donating the money raised to a representative of Þroskahjálp. Ljósmynd/Aðsend

The couple had already booked the band Sérfræðingar from Reykjavík to entertain in the wedding party that was already planned in their big garden. The singer Herbert Guðmundsson came to the party at the end and "rocked away," said Sigurðsson. Everybody got hot dogs but SS provided the hotdogs and Bernhöft Bakery the buns.

A charity close to their heart

As much as the party was a celebration of their wows they decided to raise money for disabled children in warzones. "We agreed that we really wanted to do something positive with our celebration and both agreed on this charity," he says, but the couple raised 50,000 ISK and donated it to Þroskahjálp . 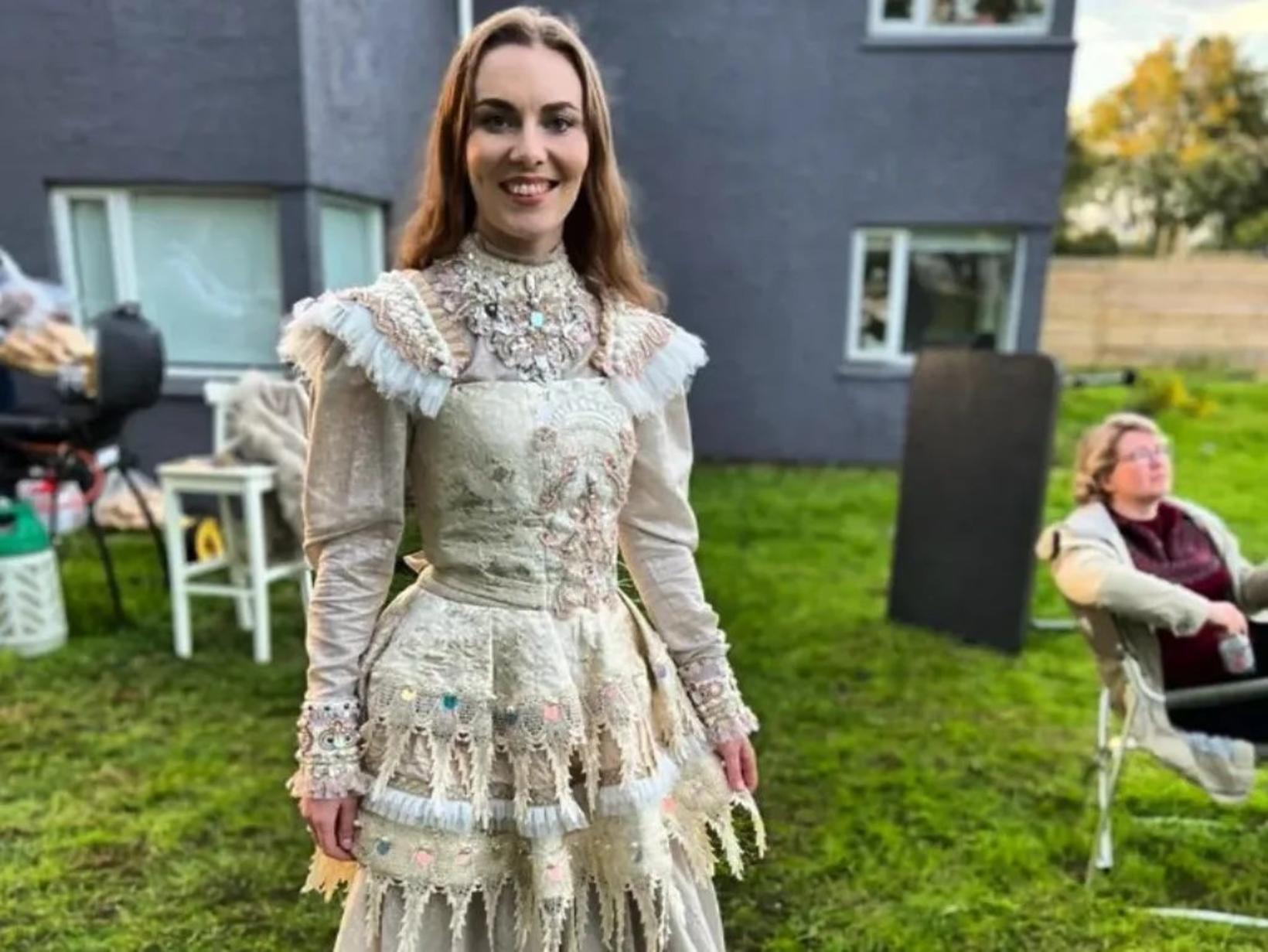 Svetlana was dressed in a dress much like the Russian national costume, which she designed herself with a Russian designer.


First there was Covid and then the war 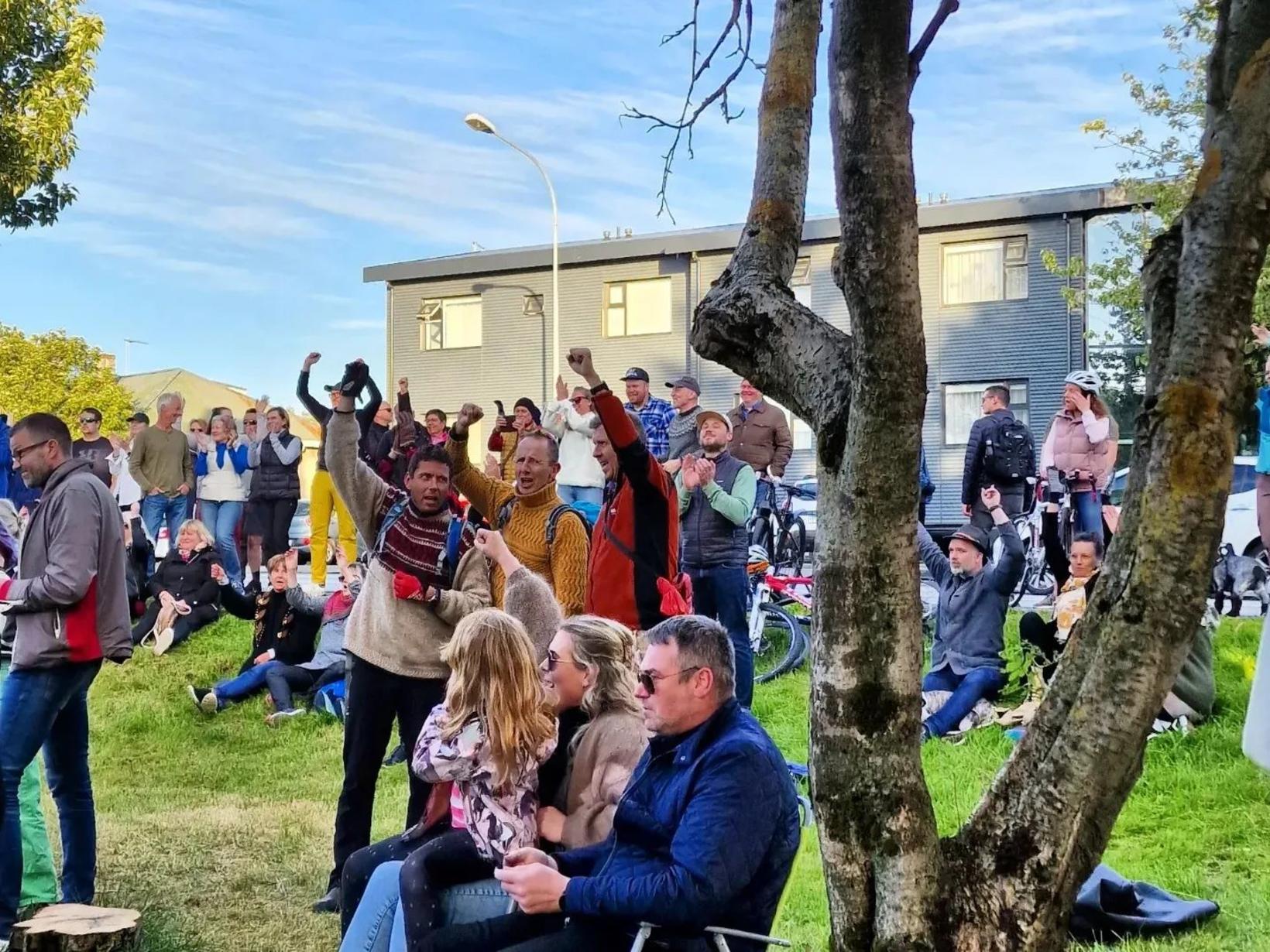 The Garden party was a huge success and the neighbourhood came alive. Ljósmyndari/Halldór Ingi

He says they might try third time next year, and hopefully the third time is the lucky charm. But regardless of a special wedding celebration, he says that Garden Parties are there to stay, because it was such a huge success.

"The Garden party just incited this feeling of doing something more," he says.