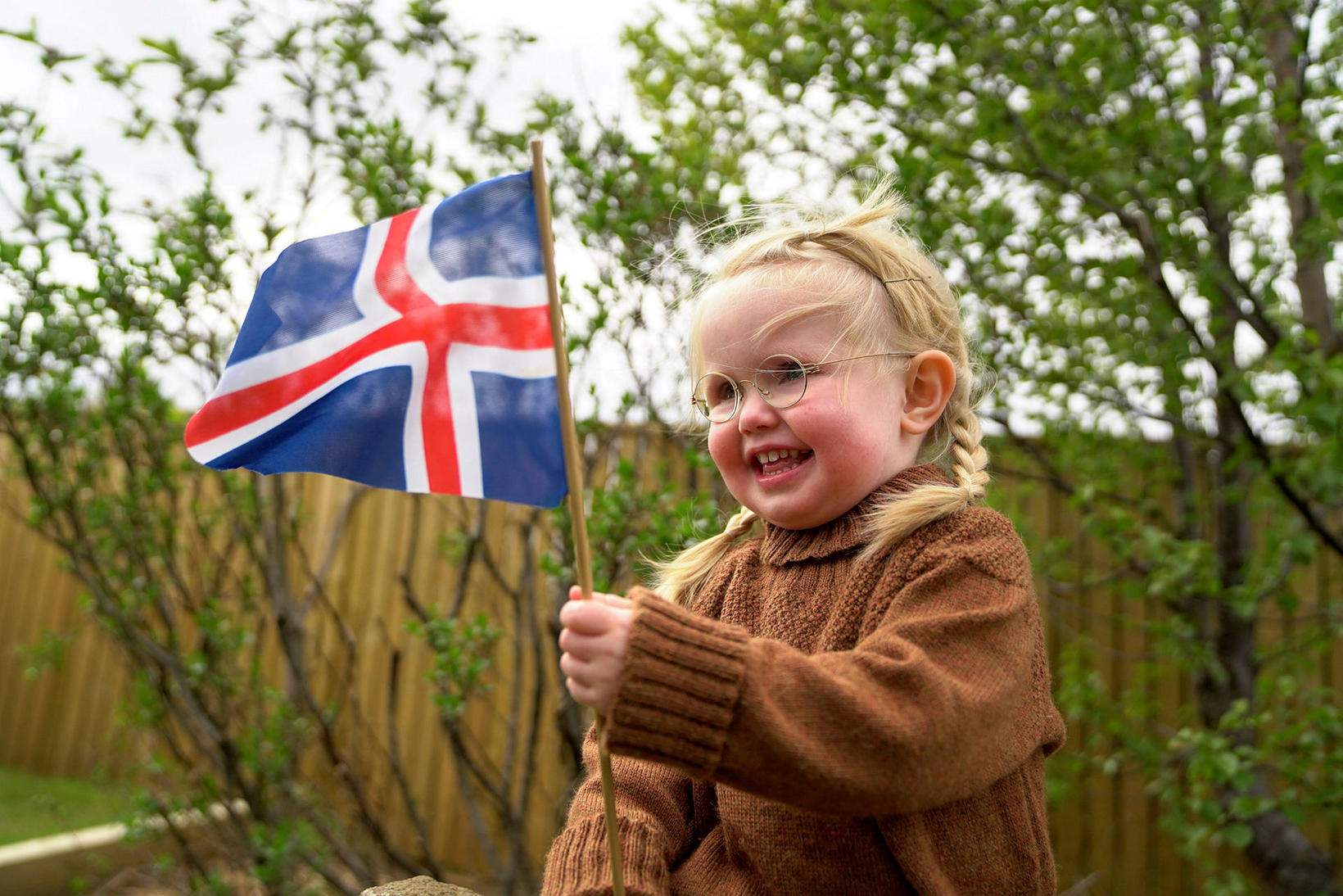 Having fun on the 17th of June. The girl is Lilja Jörgensen and the picture is from last year's celebration. mbl.is/Unnur Karen

Today is Iceland’s National Day and it will be celebrated all over the country, but in 1944 Iceland gained independence from Denmark and the Republic of Iceland was founded on 17th of June 1944. The ceremony in Reykjavik it is televised on National Television and it started with the President of Iceland Guðni Th. Jóhannesson putting flowers from the Icelandic nation on the memorial of Jón Sigurðsson. Then the Prime Minister of Iceland, Katrín Jakobsdóttir gave a speech.

Parades, Street theater and all kinds of fun

At 1 PM two parades leave from Hallgrímskirkja and Hagatorg and they end in Hljómskálagarðurinn. Reykjavik will be filled with fun activities for families, like circus acts, hoola hoop, clowns, street theater, bounce castles to name a few. In Árbæjarsafn there will be a celebration in many other neighbourhoods in ReykjavikHere is the official program of the festitivites today.

The official program of 17th of June

The forecast for today is cloudy and overcast and rain is very likely in most places in the country, but maybe the capital and the South might just be overcast.

Here below is the celebratory song of the Icelandic National Day: