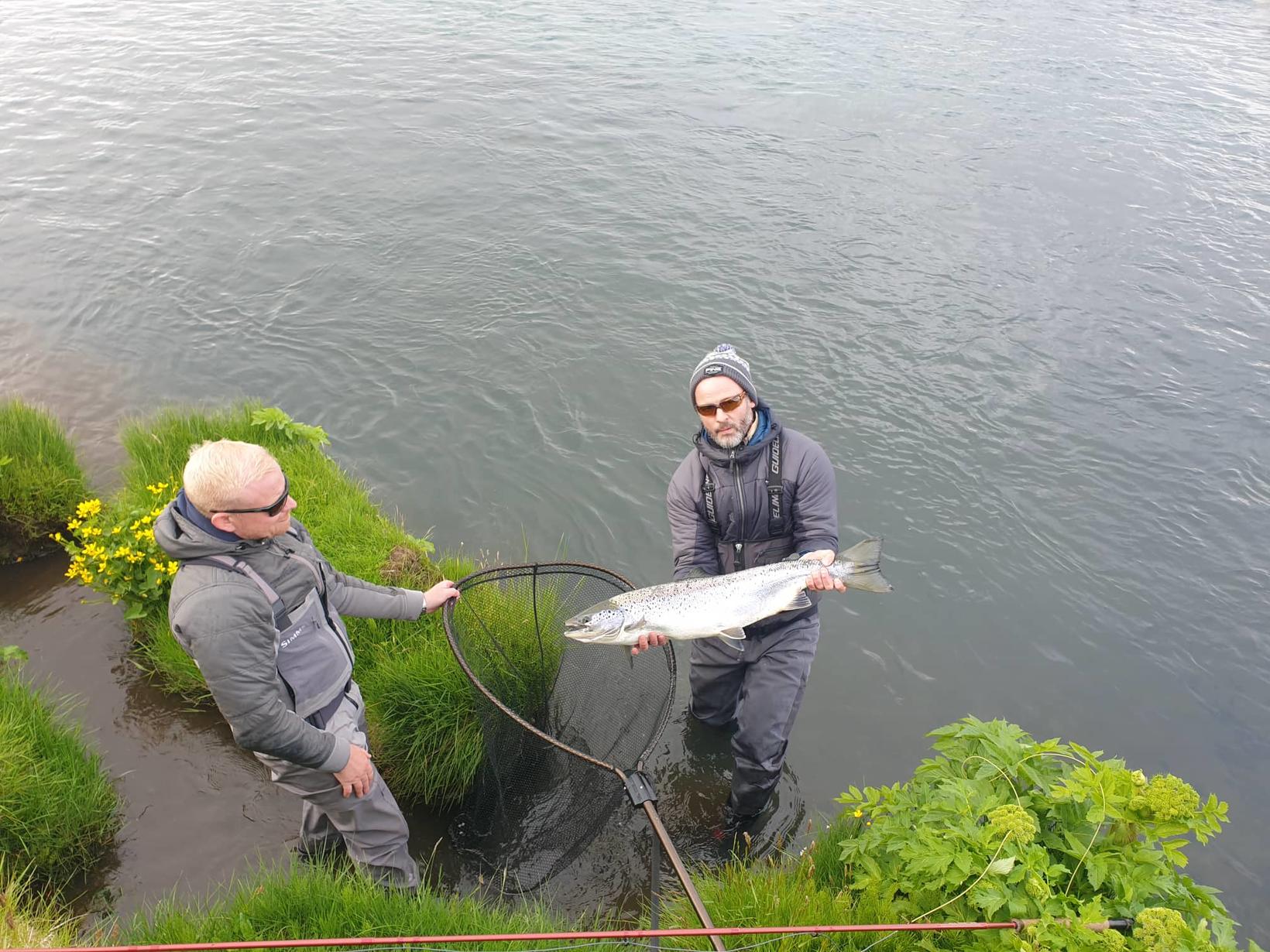 Arnarson with the first salmon of the 2022 season in East Rangá. Jóhannes Hinriksson has the cap. Ljósmynd/GAÁ

East Rangá opened yesterday morning but no salmon was caught on the first shift. It didn't crush the spirit of the anglers who were certain that the silvery one was to be had soon. Lo and behold and in the afternoon the painter Alexander Arnarson caught the first salmon of the season in East Rangá. Arnarson, who is a former national handball team member was in the area Bátsvað when he caught a big one. After quite a fight he landed the 92 cm salmon and was one happy camper. A nice way to start the East Rangá season. 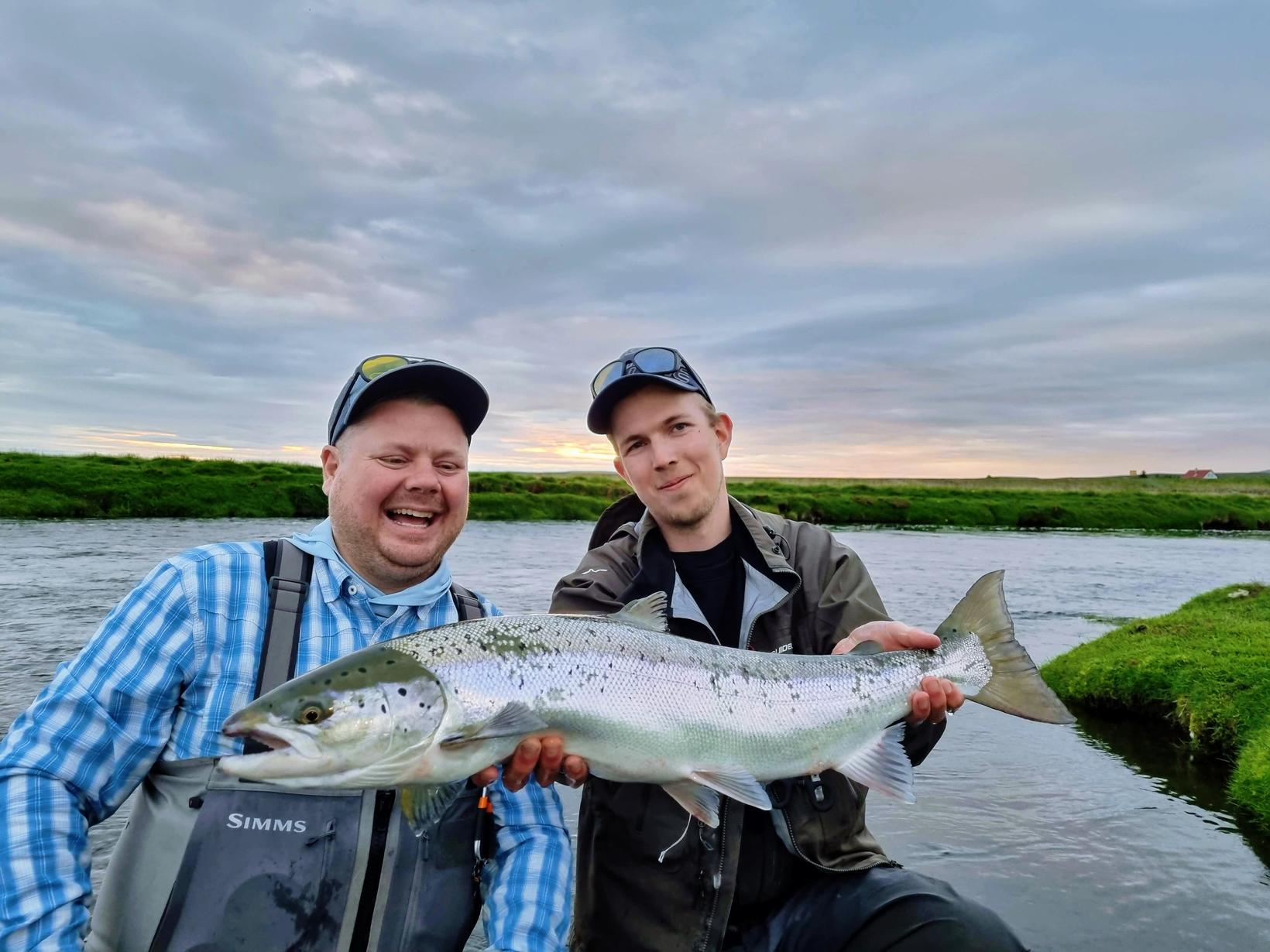 Happy father and son, Matthías Þór Hákonarson and his son Ísak with the second salmon of the season. Ljósmynd/MÞH

The second salmon of the season was caught in an area called "Mýrarkvísl". It is very exciting that the salmon seems to be early this year in that area. Matthías Þór Hákonarson who manages the river and the fishing says that he does not remember two salmons in June since 2016. "Whether this is a sign of things to come, I cannot say."

The year of 2016 is a warm memory for many because there was a lot of fishing and a lot of big salmon. The Nesbrothers in Aðaldal almost ran out of 20 pound congratulatory pins that anglers get when they land a 20 pound fish.

Fish have been seen in Laxá below Æðarfoss already. Big Laxá opens next Monday on the 20th of June.