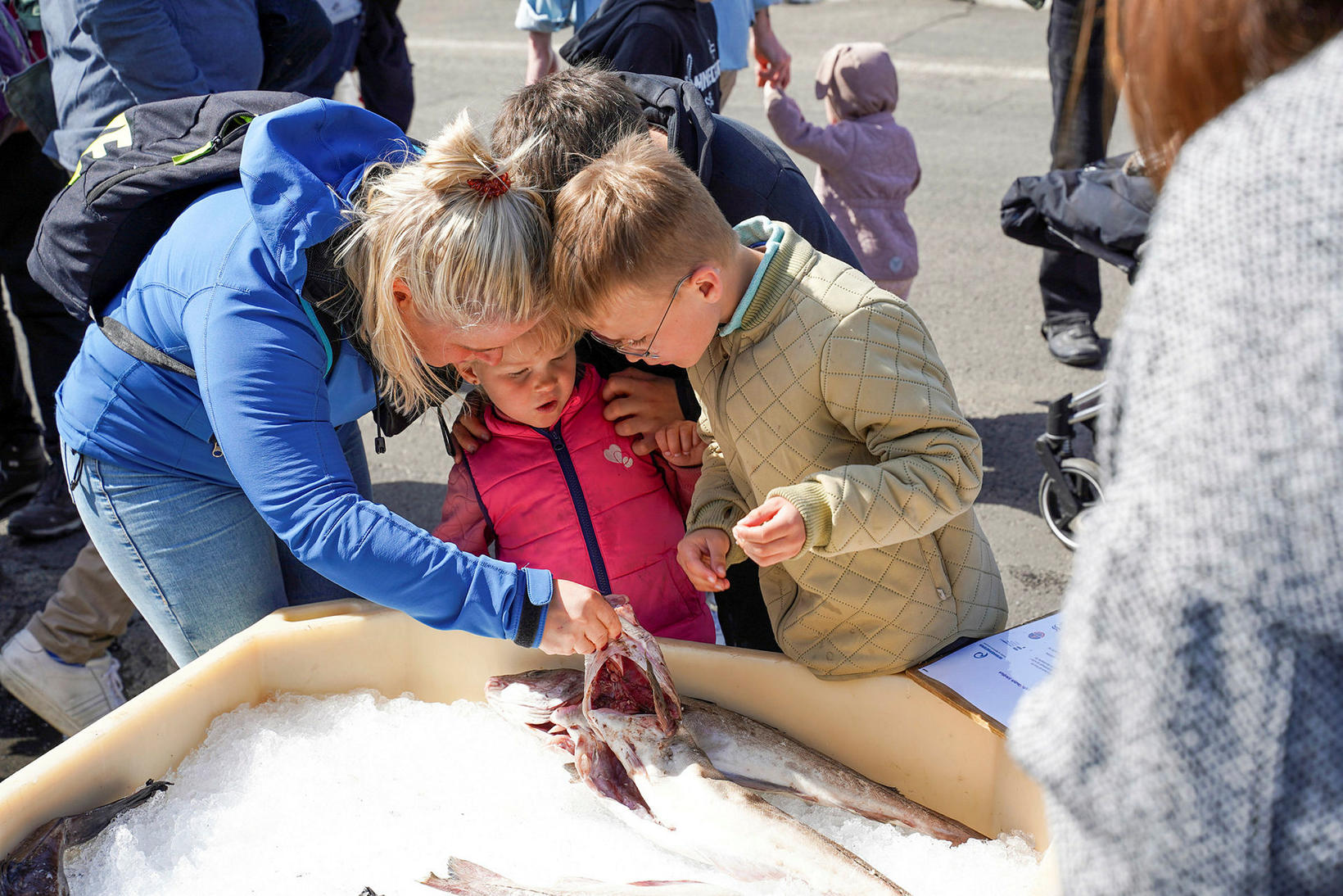 Children getting education about fish in a playful real life setting. mbl.is/Kristvin

"It is obvious that the same feeling of support that fishermen and the fishing industry had in the year 1938 when the Fisherman's Day was celebrated for the first time still prevailsl," says Aríel Pétursson, chairman of the Fisherman's Day Council, which was held yesterday after a two year hiatus due to the Covid 19 pandemic. 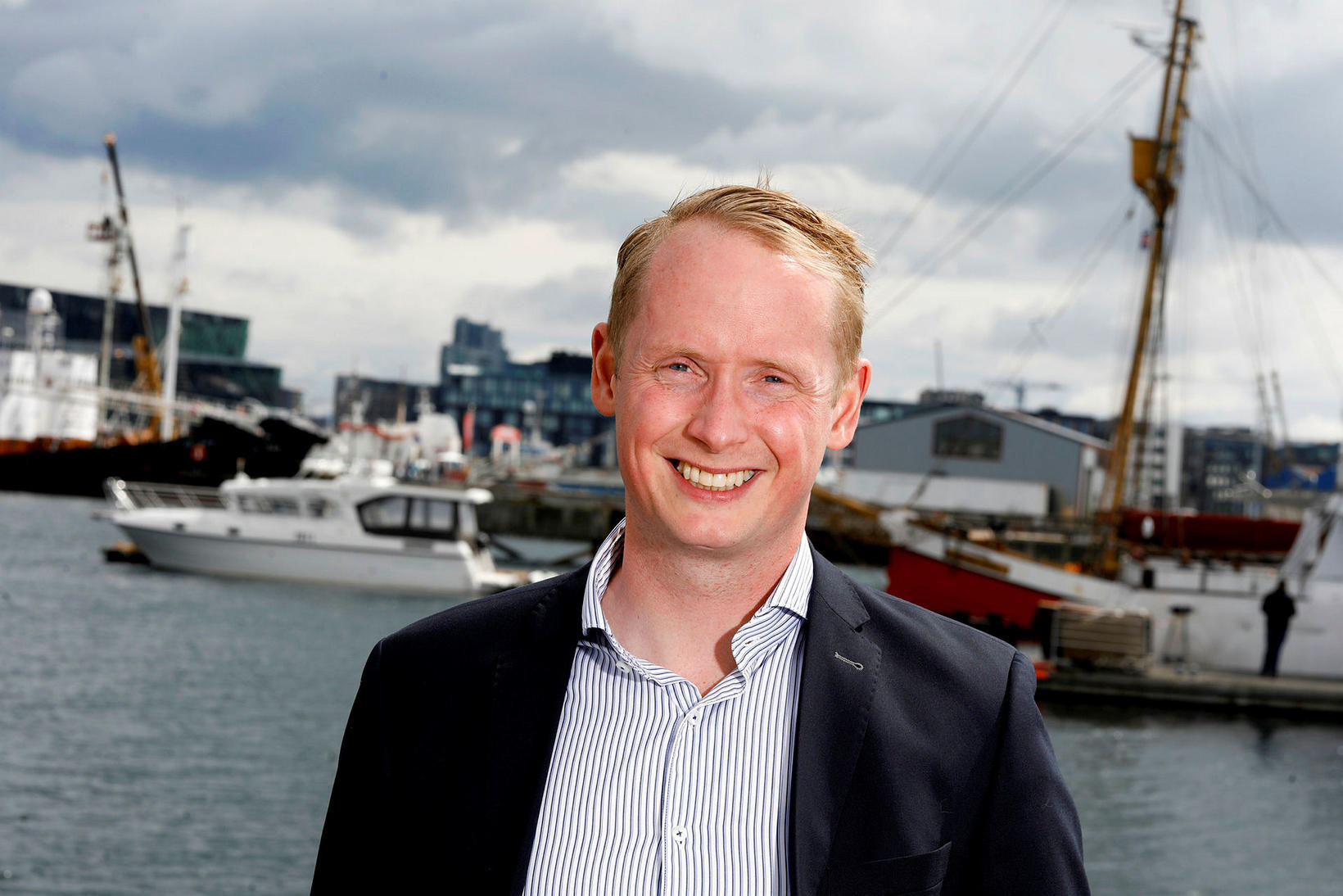 "Everything today exceeded our expectations," he added yesterday and said that all the events were packed.

There was a lot going on in Grandi and Aríel mentions a lot of excitement in going on a short sailing tour on the ICGV Þór patrol ship. But there were a lot of other options, like kajak sailing, pillowfights and a showcase of strange looking fish. 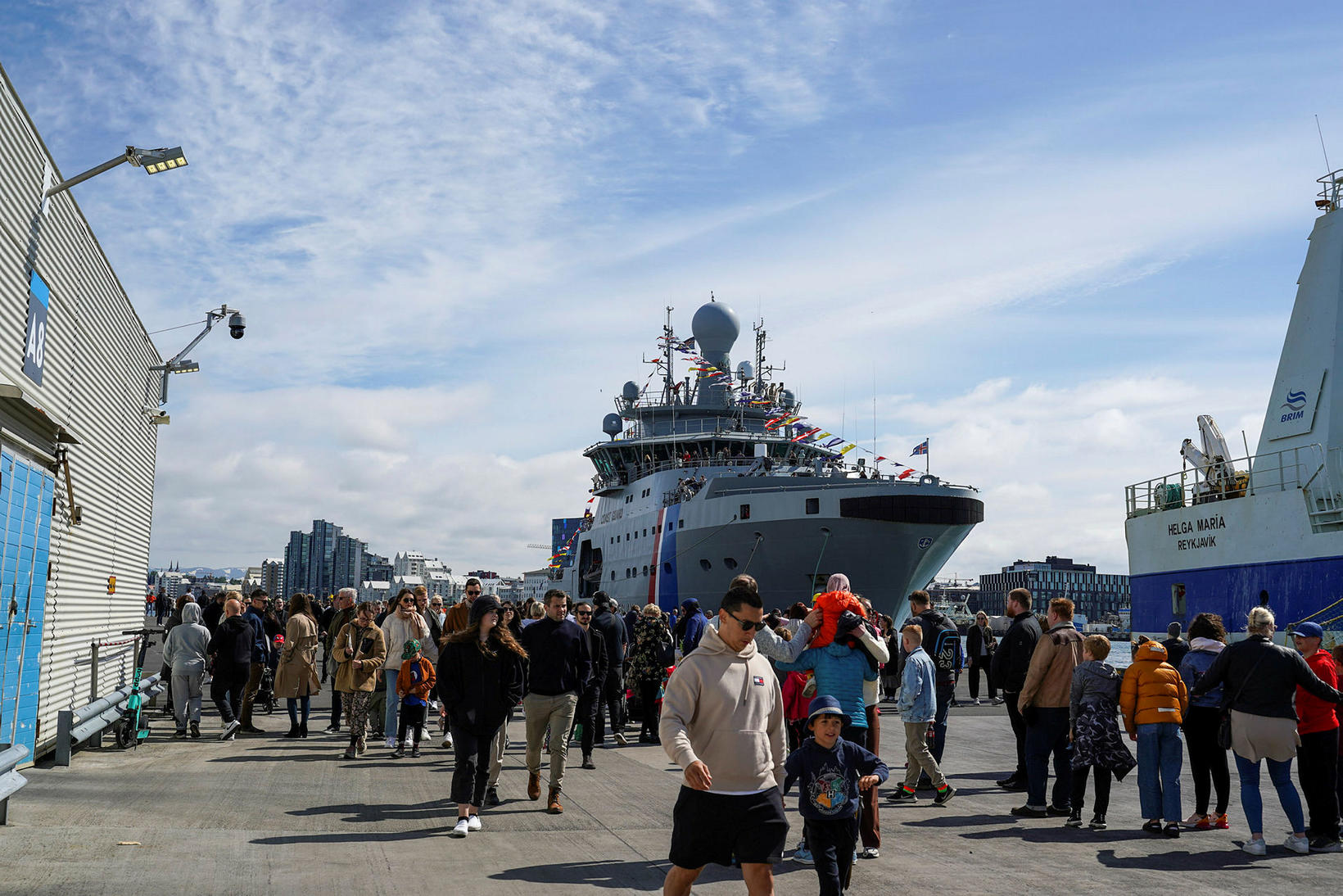 A lot of people came to Grandi to celebrate Fisherman's Day yesterday. mbl.is/Kristvin

Pétursson was hurrying yesterday to participate in a climbing competition. "I have been looking forward to this and hope to be able to get to the top of the tower, because if I don't I will fall into the sea."

"The predominant feeling in Harpa was the gratitude and the sunny disposition. The fishermenn who received honours have most been around or more than half a century working as fishermen, which in itself is quite a feat," Pétursson says.

A day filled with activities

Elísabet Sveinsdóttir who is the marketing and promotion manager of the Fisherman's Day agrees with Pétursson and says that people were clearly looking forward to celebrating this day again.

"It was amazing to see all these people and how willing people were to participate in the activities we had planned and the sunny weather was a plus."

The formal schedule was finished at 4 PM but there were signs that people were going to have a good time into the evening.

Here below are more pictures from yesterday. 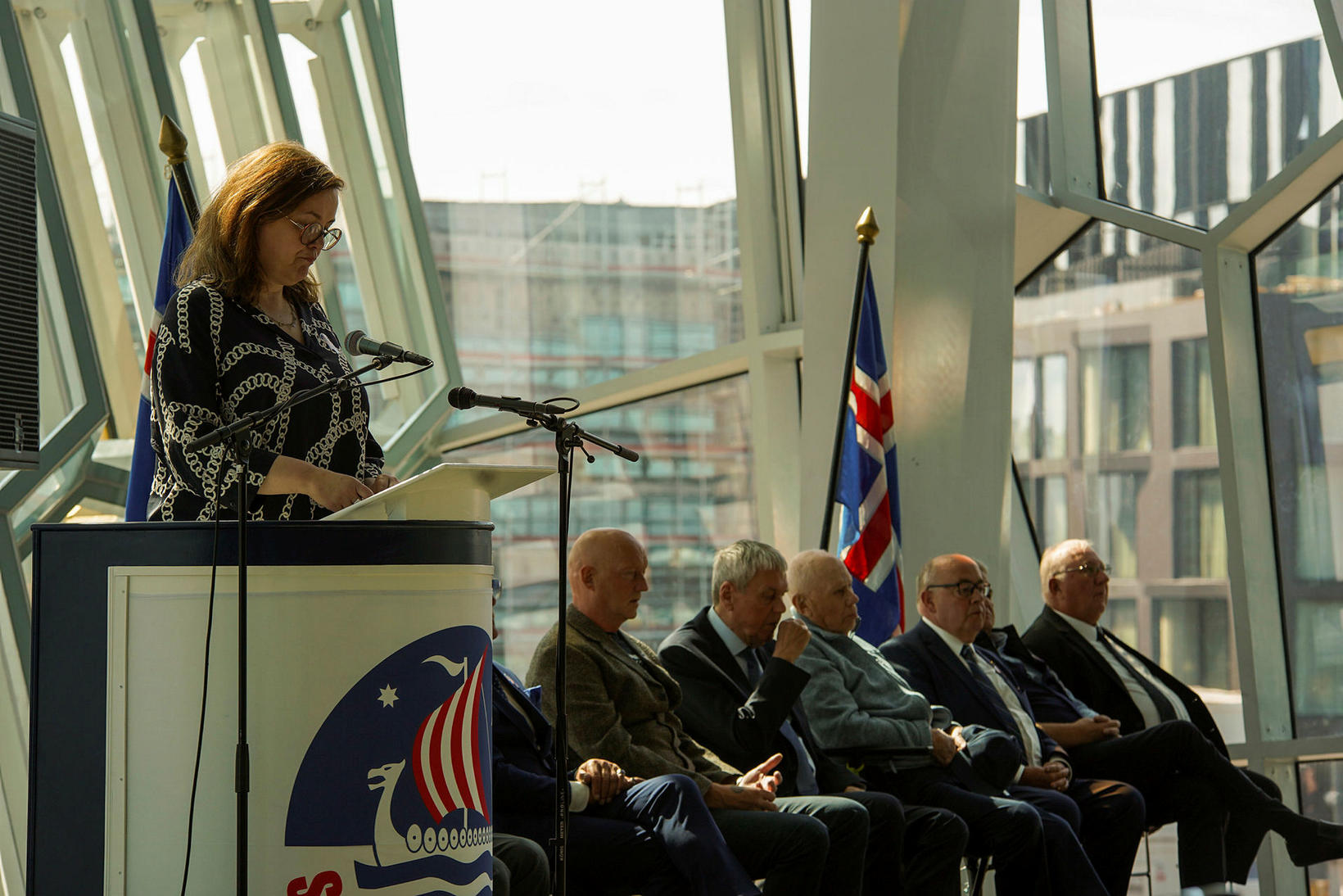 Svandís Svavarsdóttir Minister of Food, Agriculture and Fisheries gave a speech at Harpa where the fishermen were honoured for outstanding work. mbl.is/Kristvin 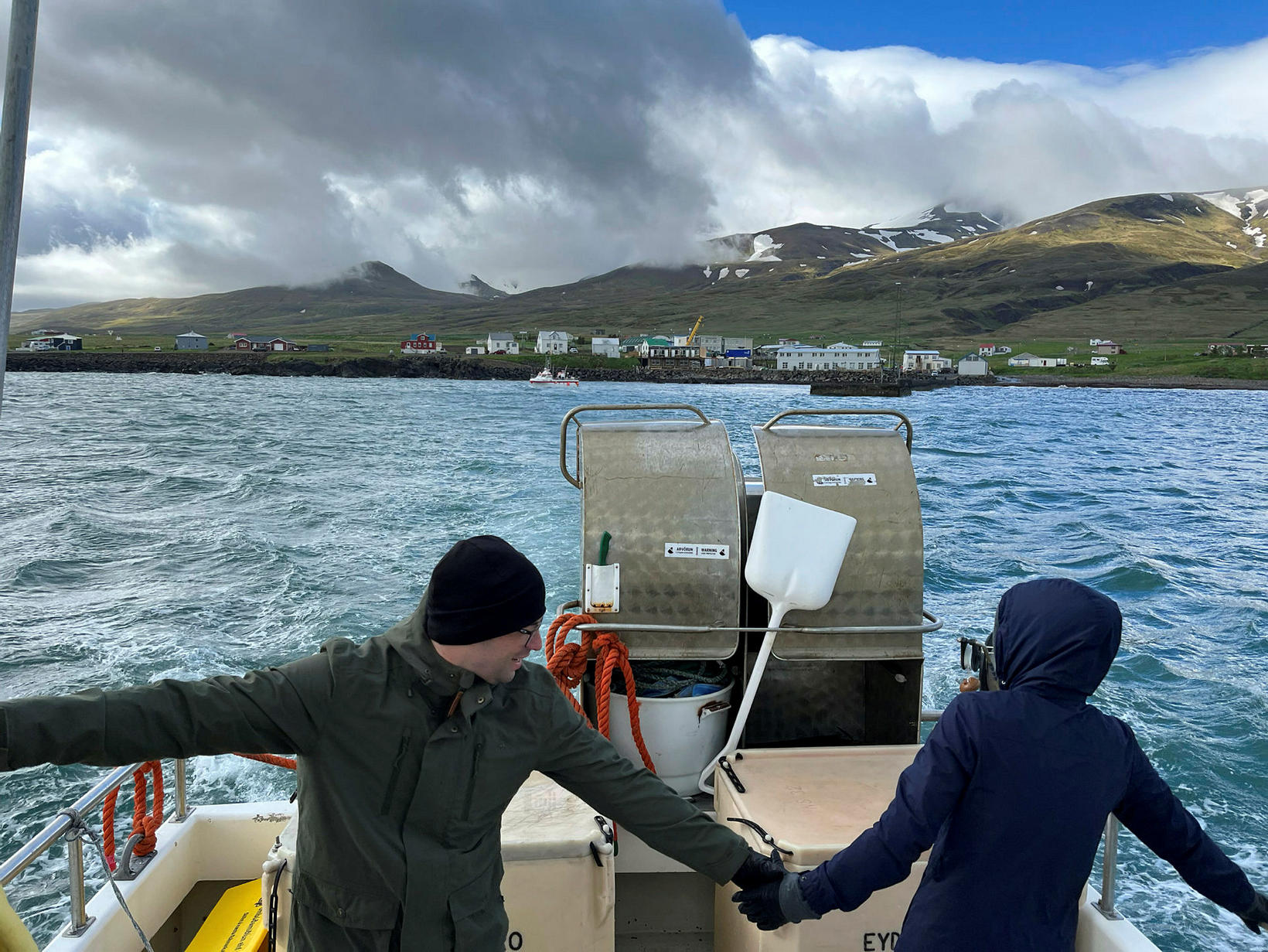 The Fisherman's Day is celebrated all over the country and here is a picture from Borgarfjörður eystri in the East. mbl.is/Sigurður Aðalsteinsson 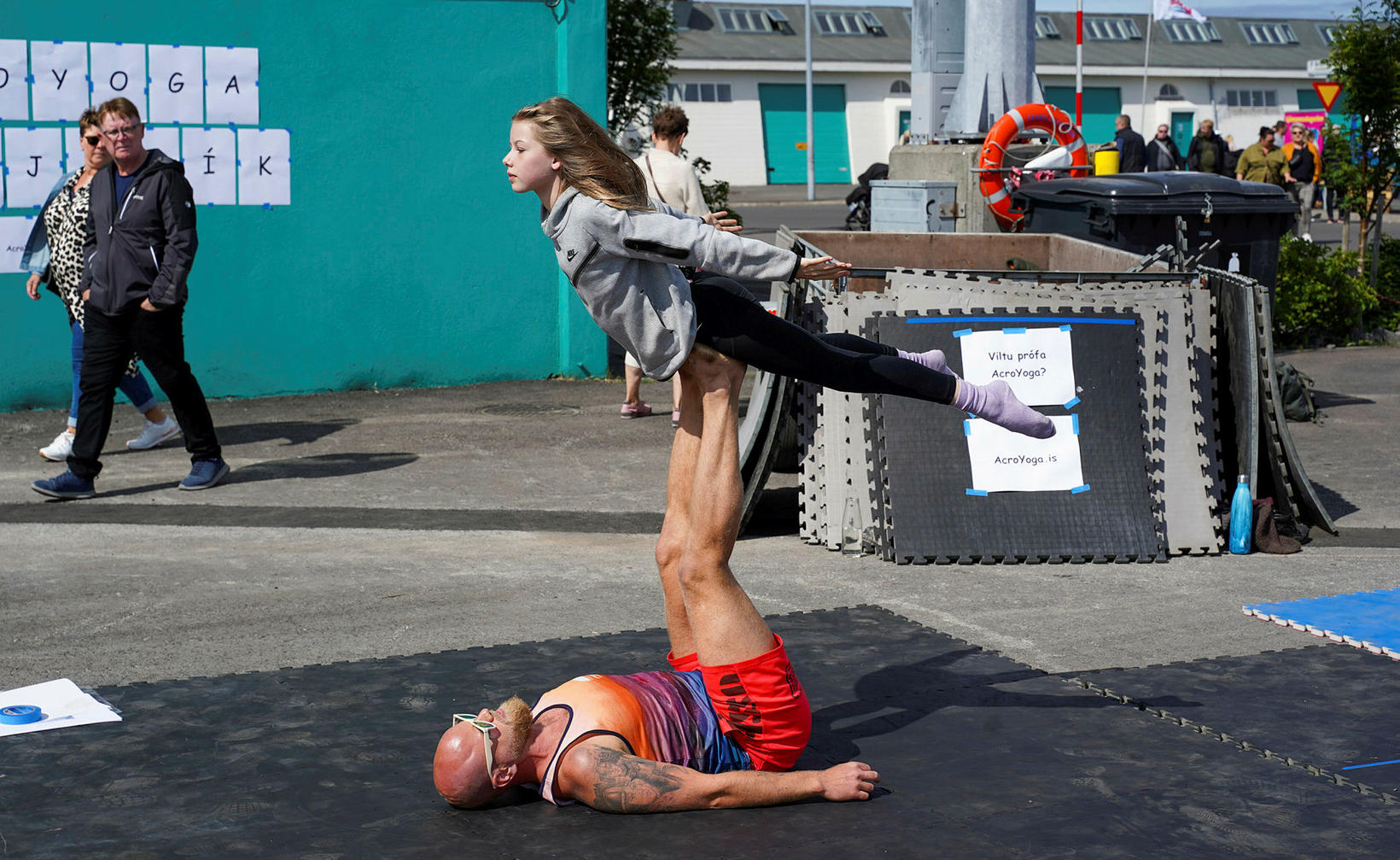 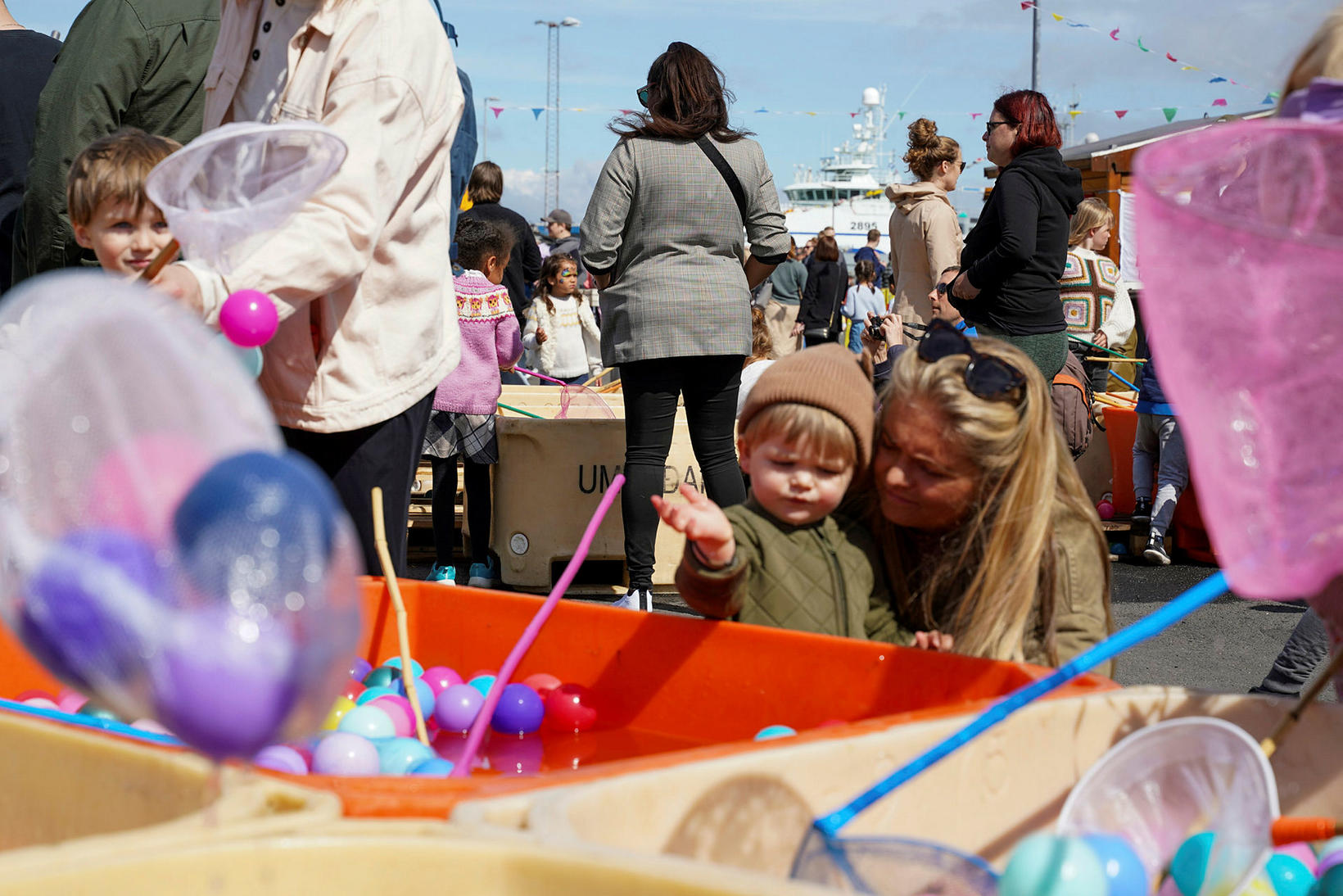 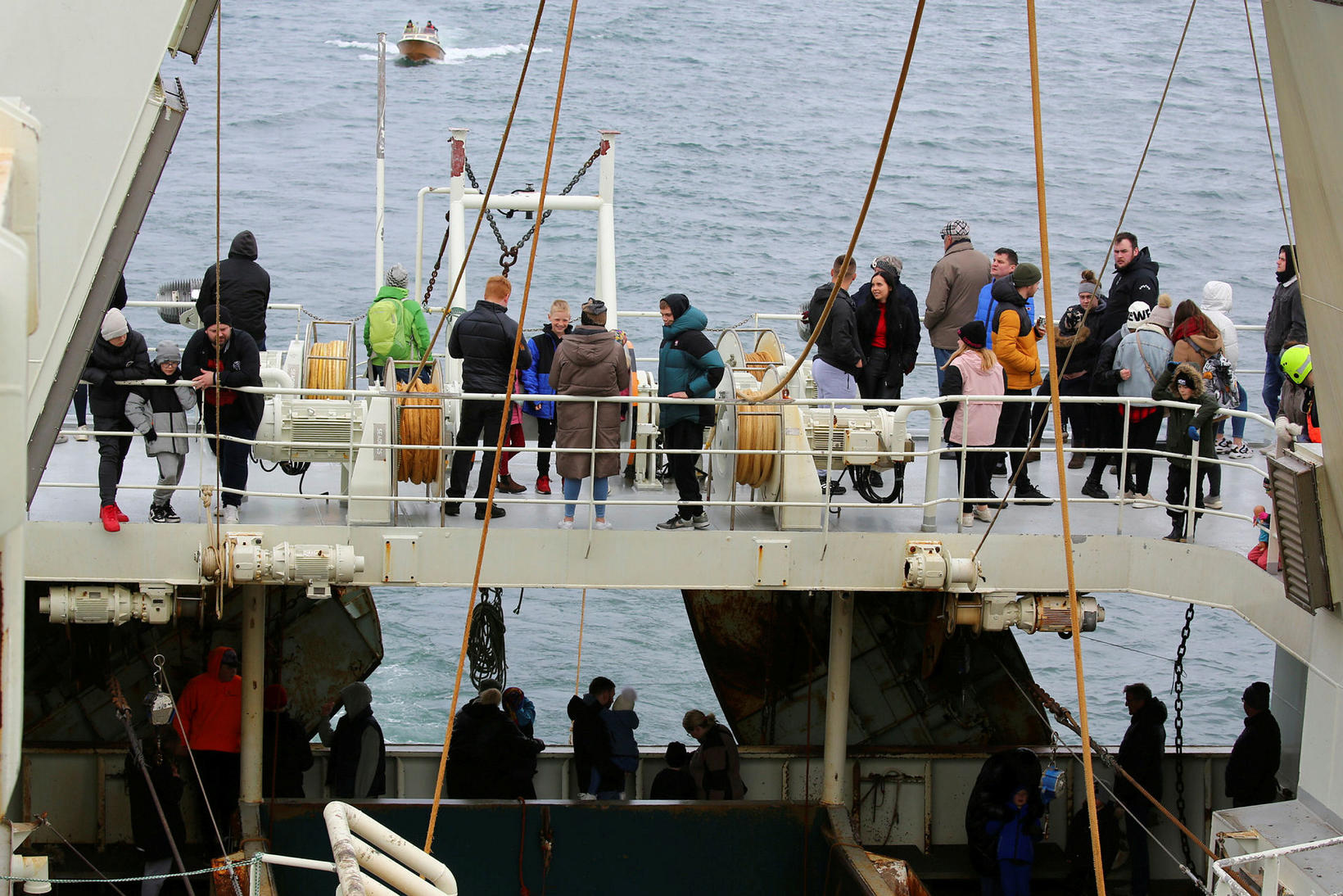 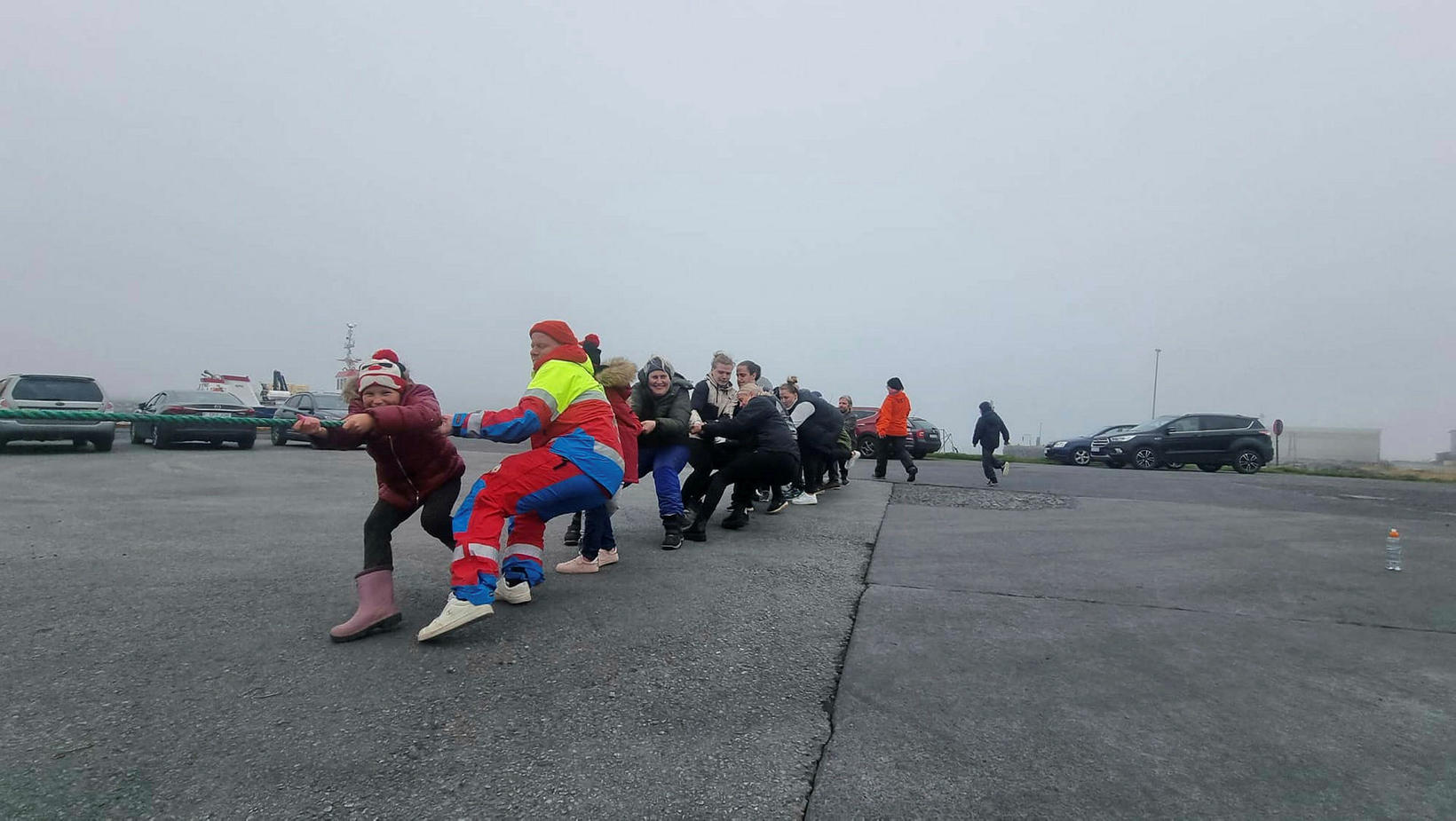 In Raufarhöfn people were competing in a tug of war. mbl.is/Karítas 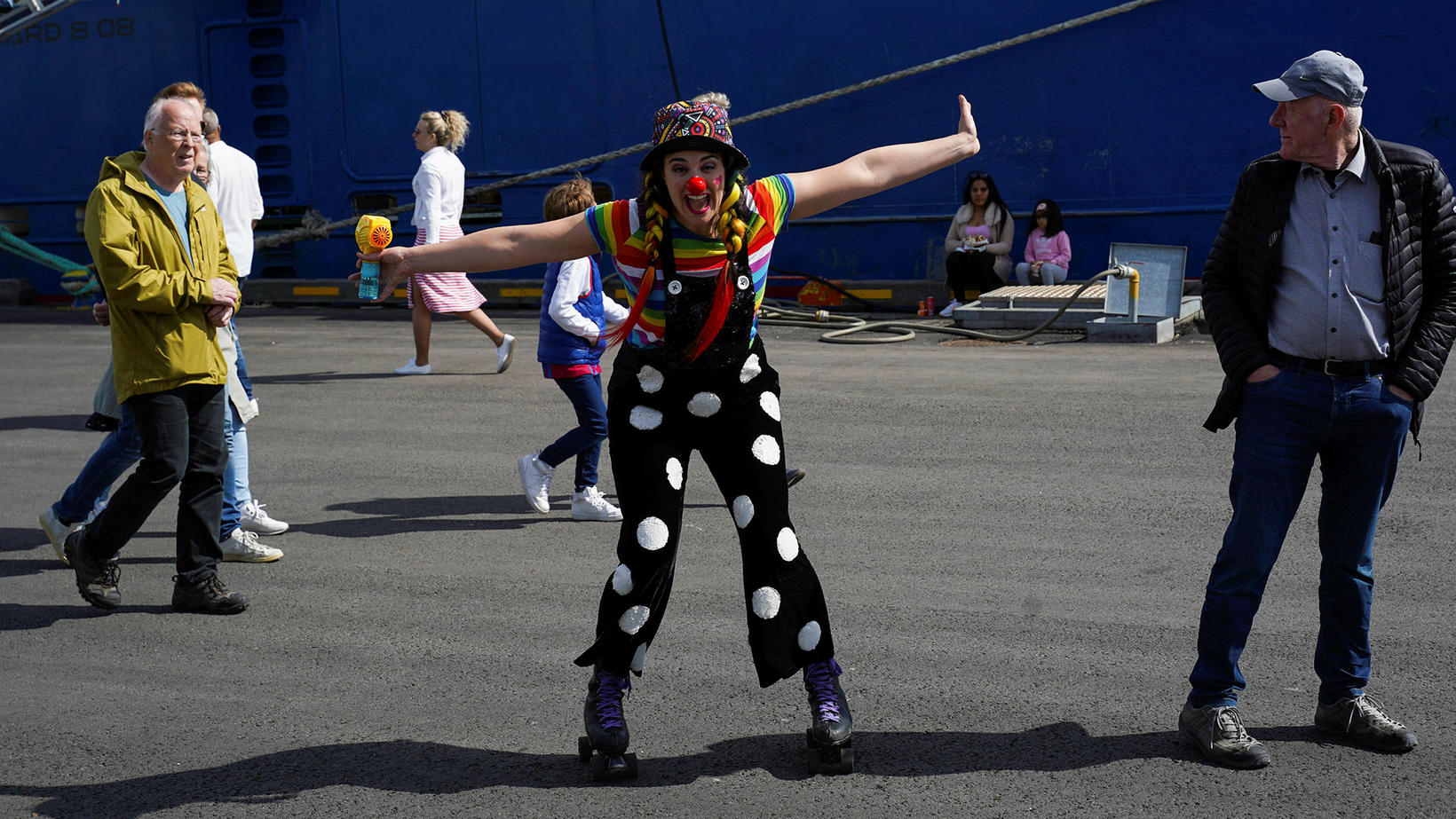 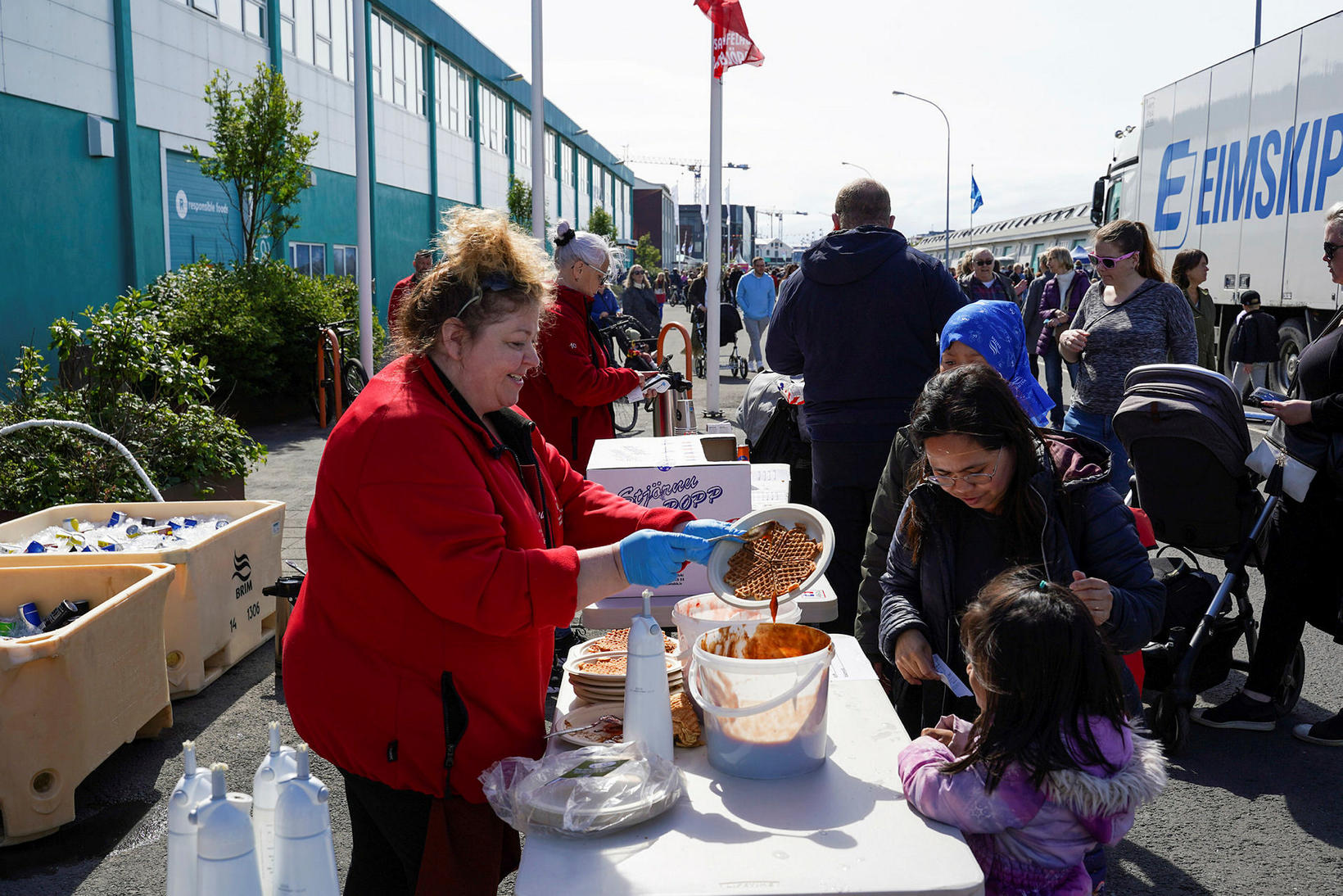