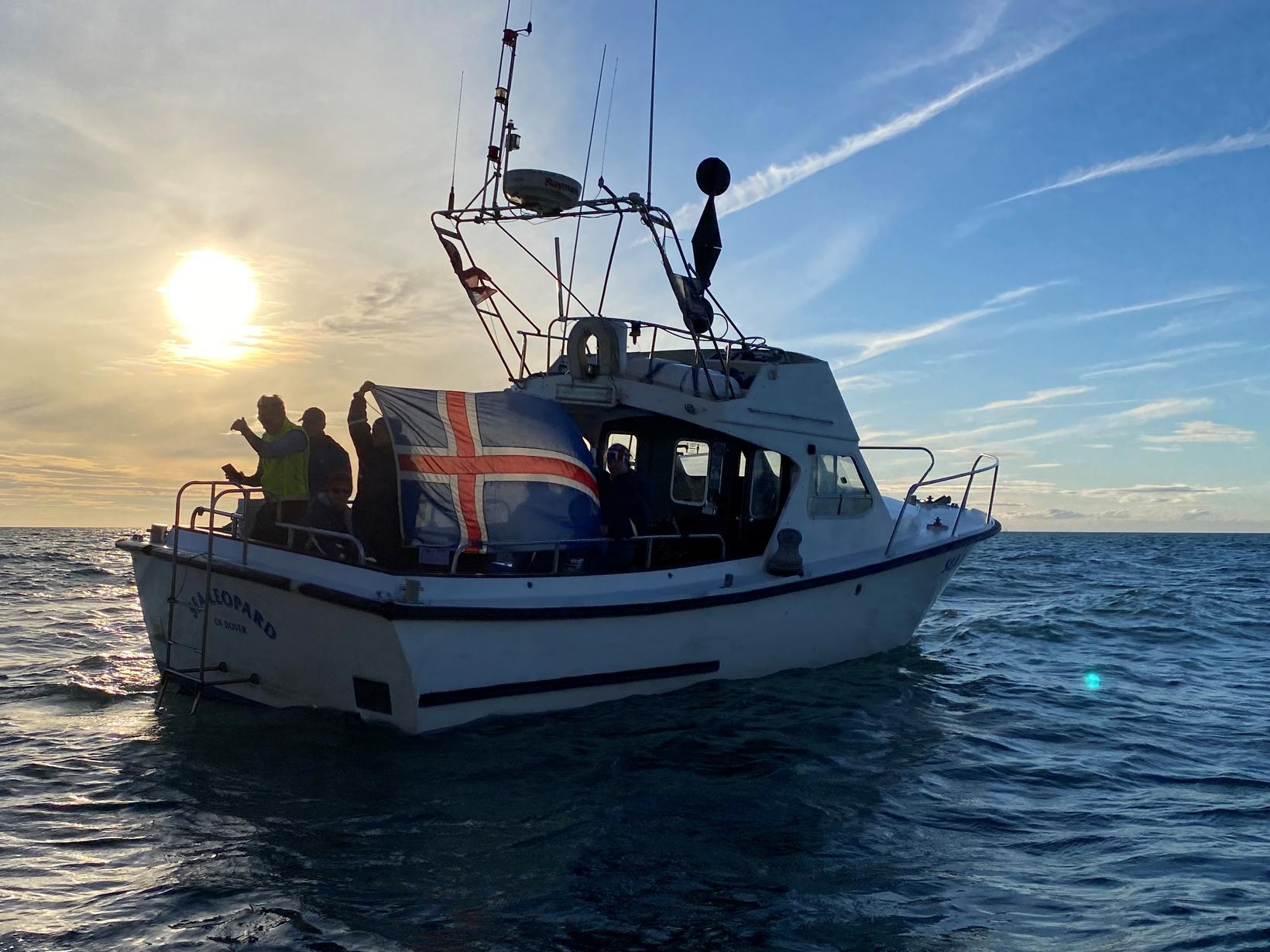 The Waves reached the shore of France at 19:44 last night after swimming for sixteen hours and four minutes in the English Channel.

"We made it with some difficulty," says Elsa Valsdóttir when they had just gone off the boat unto the pier. "If we had taken longer, we would not have reached shore," she said and adds that almost meters’ high waves had engulfed them when they got close to the shore of France.

"It was a bit like swimming in a washing machine."

The final leg the best

Elsa says they were not sure they would make the last leg of the journey, because the weather was acting up. Completing the challenge is all the more sweet because of making this final hurdle. "We are really proud of ourselves." 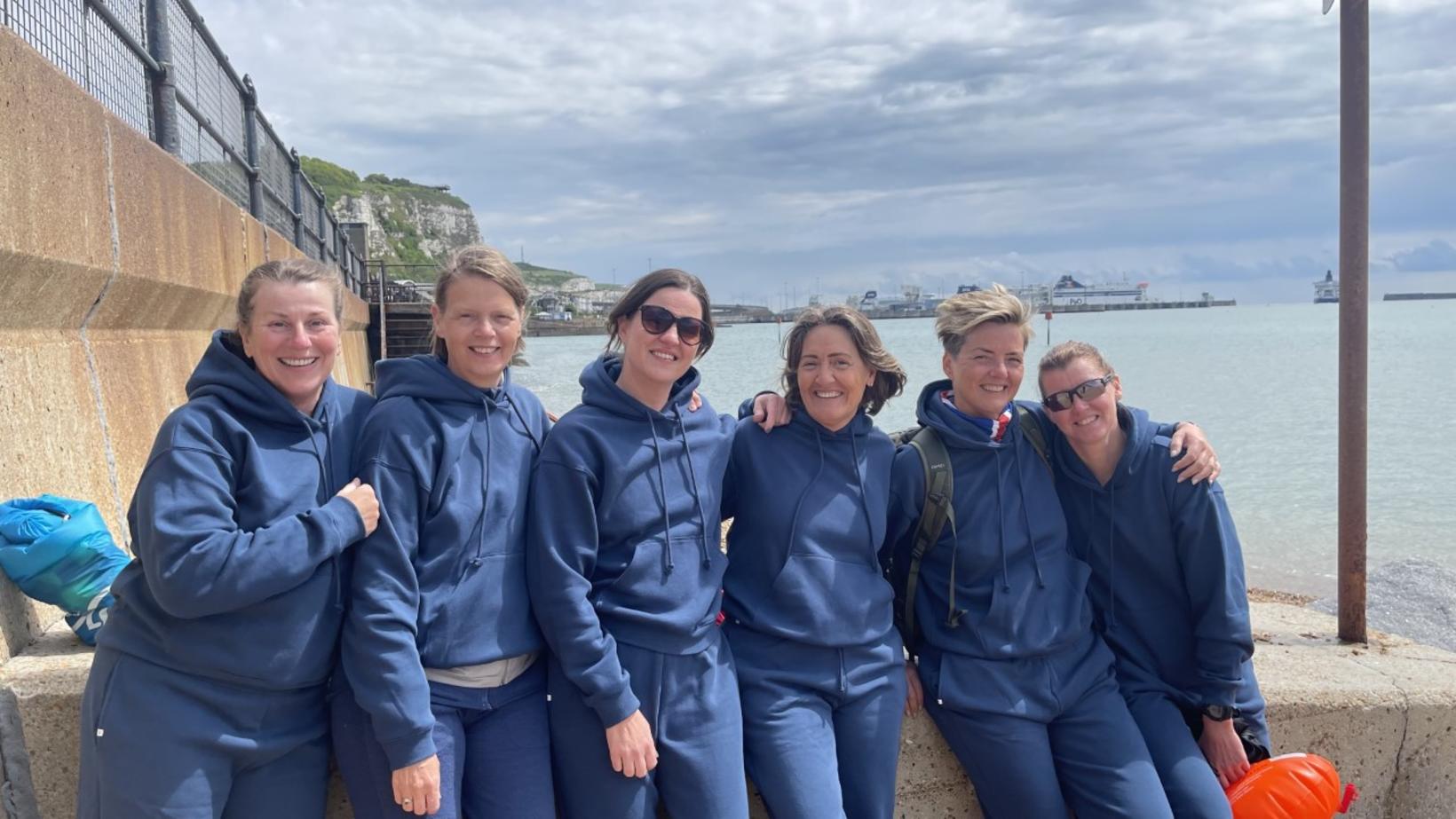 The Waves completed their goal and are now celebrating and the plan is to swim a bit more in the sea today. Ljósmynd/ Elsa Valsdóttir

You never thought about giving  up?

"No, we were not about to give up and gave it our all in every part of the journey," she says but each of the group swam three rounds in the sea, approximately five kilometers at a time.

"The last leg was challenging but every one of us gave their all."

The group went to the hotel to c open a bottle and celebrate. "After that we are going to sleep for 24 hours," Valsdóttir says jokingly, but the group was already ready for the swim at 2 o’clock AM Tuesday night and went into the sea earlier than anticipated at 2:40 AM.

"We just need to rest. Now it is the time for resting and enjoying."

When asked about what the Waves plan for today Valsdóttir says they are already planning another swim in the sea. Yesterday one of the group, Sigríður Valsdóttir, had sworn she would never swim in the sea again, after a particularly difficult condition in the sea. All that is forgotten with the sweet accomplishment of their goal. 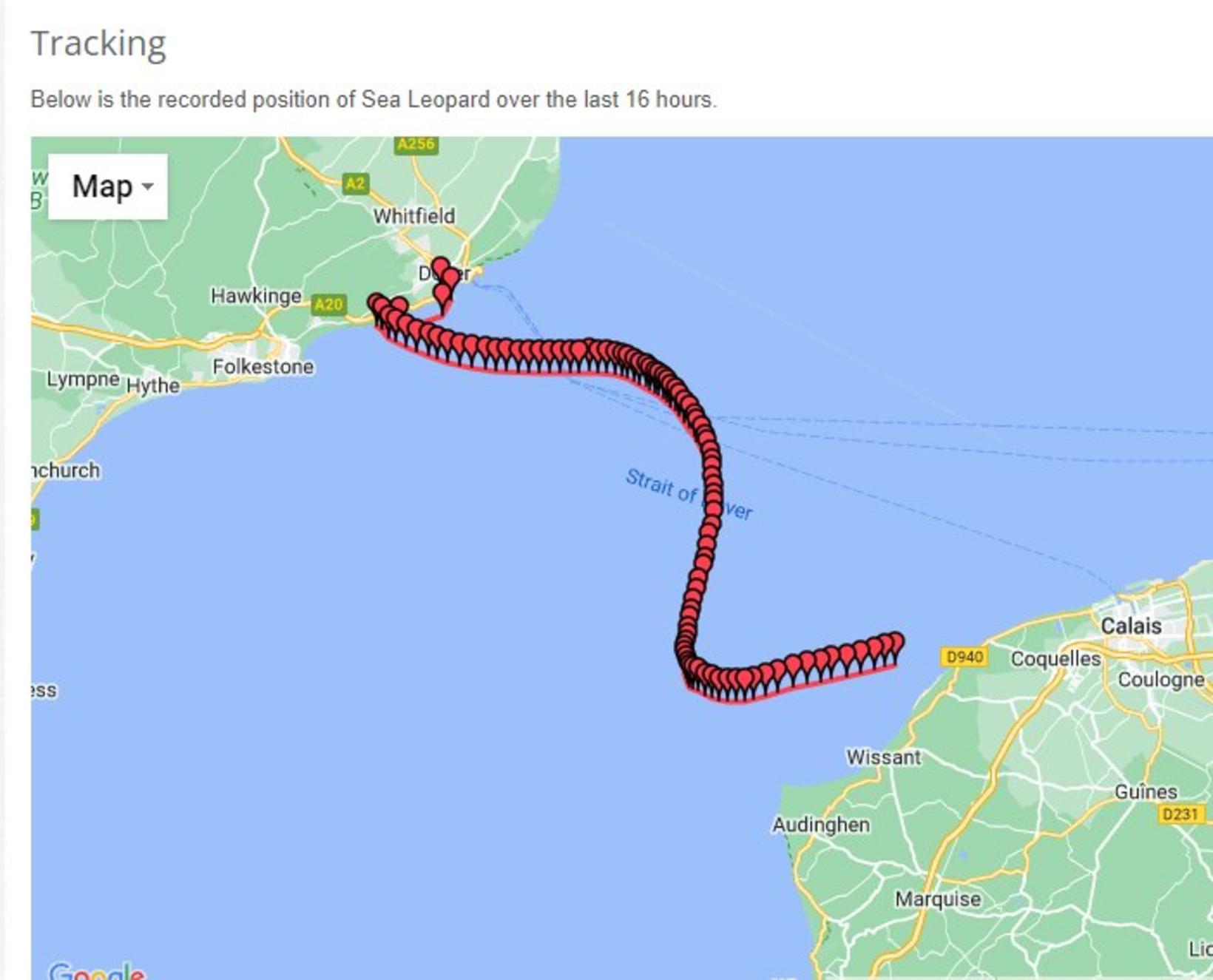 Because of winds and currents the Waves had to take a longer route over to France as can be seen on the map. Skjáskot/Facebook

The shortest distance between England and France is 34 kilometers. The Waves swam quite a bit longer than that because of the waves and strong currents. They had to try keep warm on the boat because the sea was just over 13 degrees Celsius and no sun to warm it up.  They were trying to keep each other motivated, but still had a great time in spite of the weather. There were quite a few ships around them on the way.