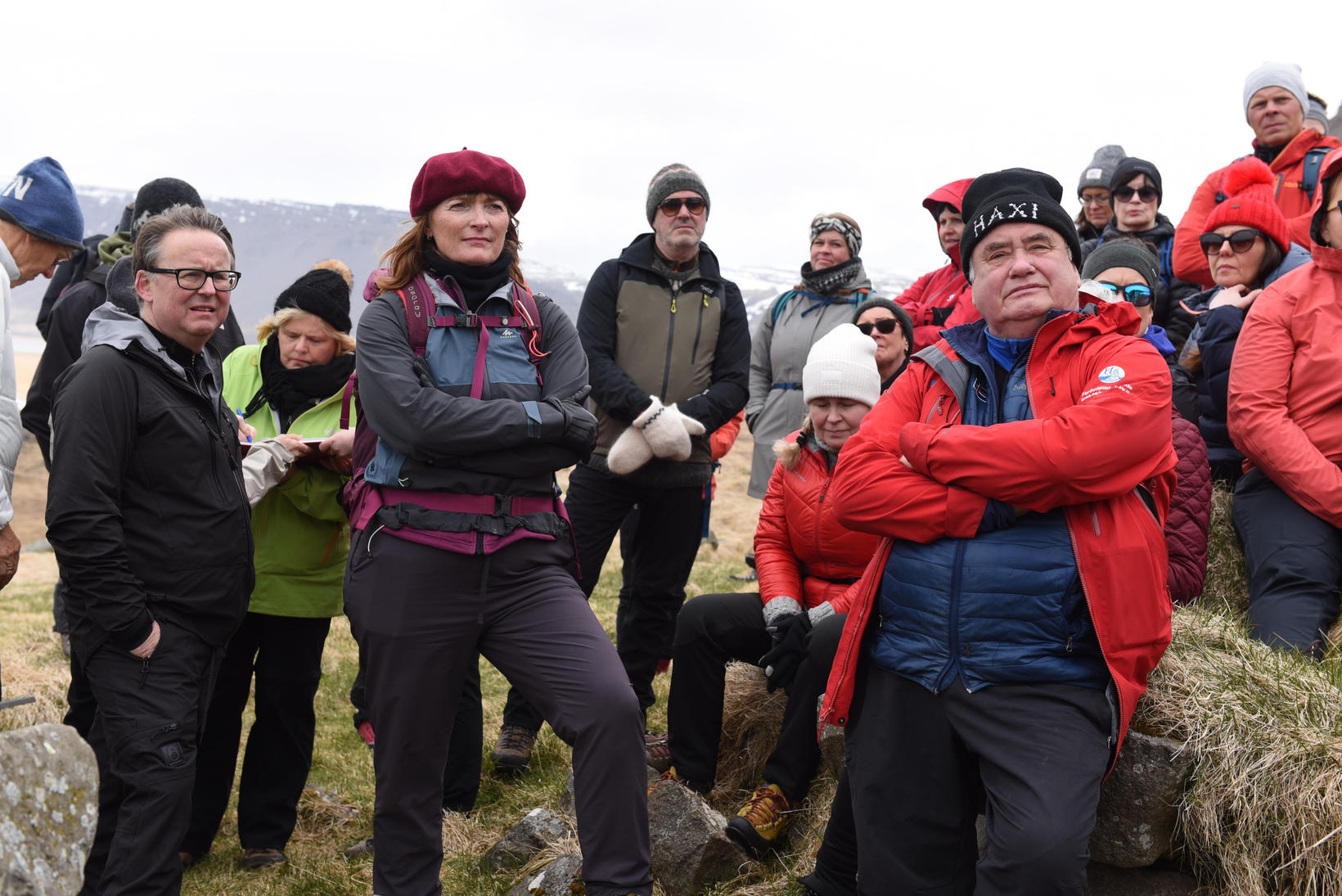 The group at Sjöundá Farm. At the forefront are Benedikt Bogason, the Chief Justice of the Supreme Court; Eyrún Ingadóttir, managing director of the Icelandic Bar Association and Professor Gísli Már Gíslason. Ljósmynd/Ingimar Ingason

There were some procedural defects in the way the so called Sjöundá Farm criminal case was handled back in 1802. For example, today a priest would never be used in order to force confessions as was done back in the day. However, the guilty verdict of Bjarni Bjarnason and Steinunn Sveinsdóttir still is believed to be beyond doubt. That was the verdict of a 100 interested people who visited the site of the murders and went over the old case last weekend. The Icelandic Bar Association had organized the event and the trip to Rauðisandur , where you can still see the remains of the farm Sjöundá. 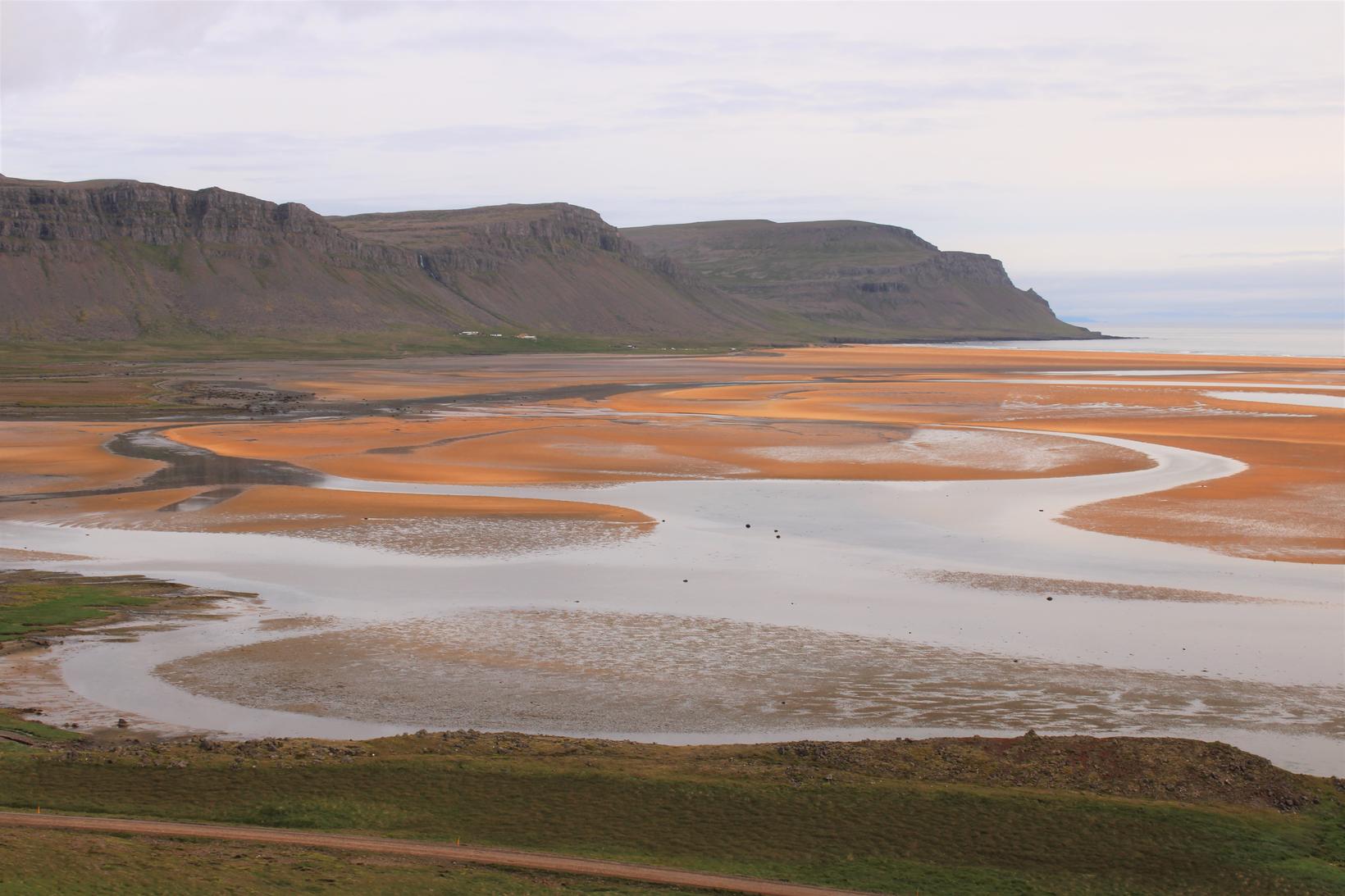 The story of the murders

The Sjöundá murders are one of the best known criminal cases of old in Iceland and perhaps partly due to the author Gunnar Gunnarsson, who wrote a very popular novel about the case called Svartfugl or Black Cliffs i n the English translation. His novel was published in Denmark in 1929 and was popular in Europe in the 1930s.

In half of the Sjöundá Farm the farmer Bjarni Bjarnason and his wife Guðrún Egilsdóttir lived with their three children. The farm was remote and when another farmer, Jón Þorgrímsson and his wife Steinunn Egilsdóttir and their five children came to live on the other half of the farm in 1801, things started to go awry. After a while Bjarni and Steinunn started to have an affair, and with few places to hide, things were bound to get ugly. On the 1st of April 1802 Steinunn's husband, Jón, disappears. The talk was that he must have fallen off the steep black cliffs into the sea and drowned. However, when Guðrún, Bjarni's wife, dies suddenly only two months later, people started talking, especially since Bjarni and Steinunn's affair was common knowledge. 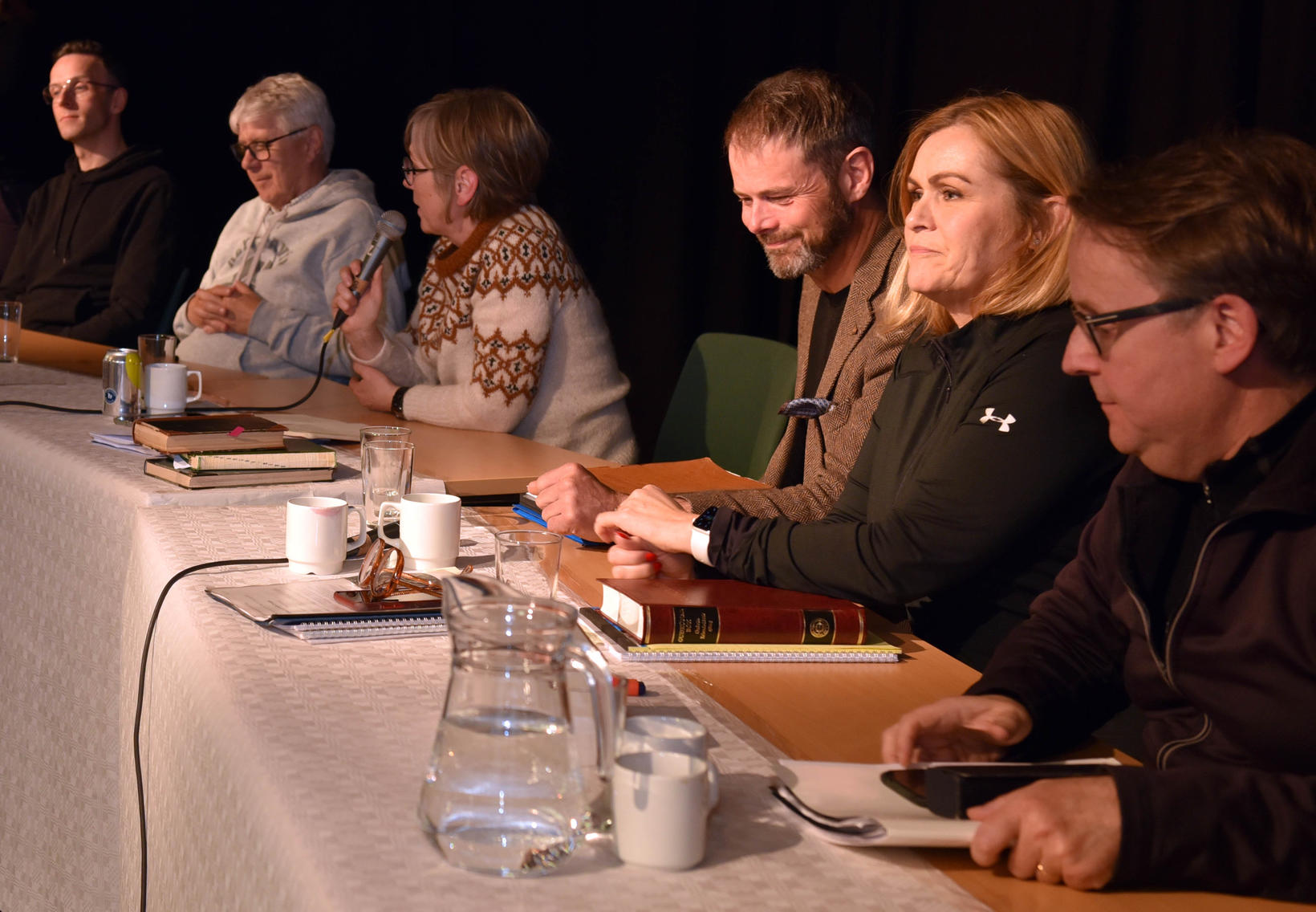 The panel at the seminar in Patreksfjörður. Ljósmynd/Ingimar Ingason

A priest was summoned to Sjöundá and Guðrún's coffin was opened to look for injuries before she was buried but none were found. In the autumn Jón's body washes up to the shore and when the body showed no signs of broken bones people started suspecting foul play. Bjarni was arrested and Steinunn shortly thereafter. At the trial they confessed to the murders of their spouses and received a death sentence.

How would this case be handled now?

The trip to Rauðasand was to look at the evidence, see the site of the murders and go over the case and how it would be handled today, said Eyrún Ingadóttir, who is a historian and the managing director of The Icelandic Bar Association.

The group started familiarizing themselves with the site of the crime with Professor Gísli Már Gíslason, who is the co-author of the Icelandic Touring Association's  yearbook 2020 about Rauðisandur of old. After taking in the locale of the crime there was a seminar in Patreksfjörður where  experts gave talks on the judicial system in 1802, how physical evidence was being handled and if there were any possibility of false confessions as well as how the case would be judged today.

People were very happy with the event and to see this old case come alive with historians, lawyers and doctors going over the case materials. Although the procedues back in the day were flawed, the common consensus was that Bjarni and Steinunn were guilty of murdering their spouses.

Here you can read more about the murders.