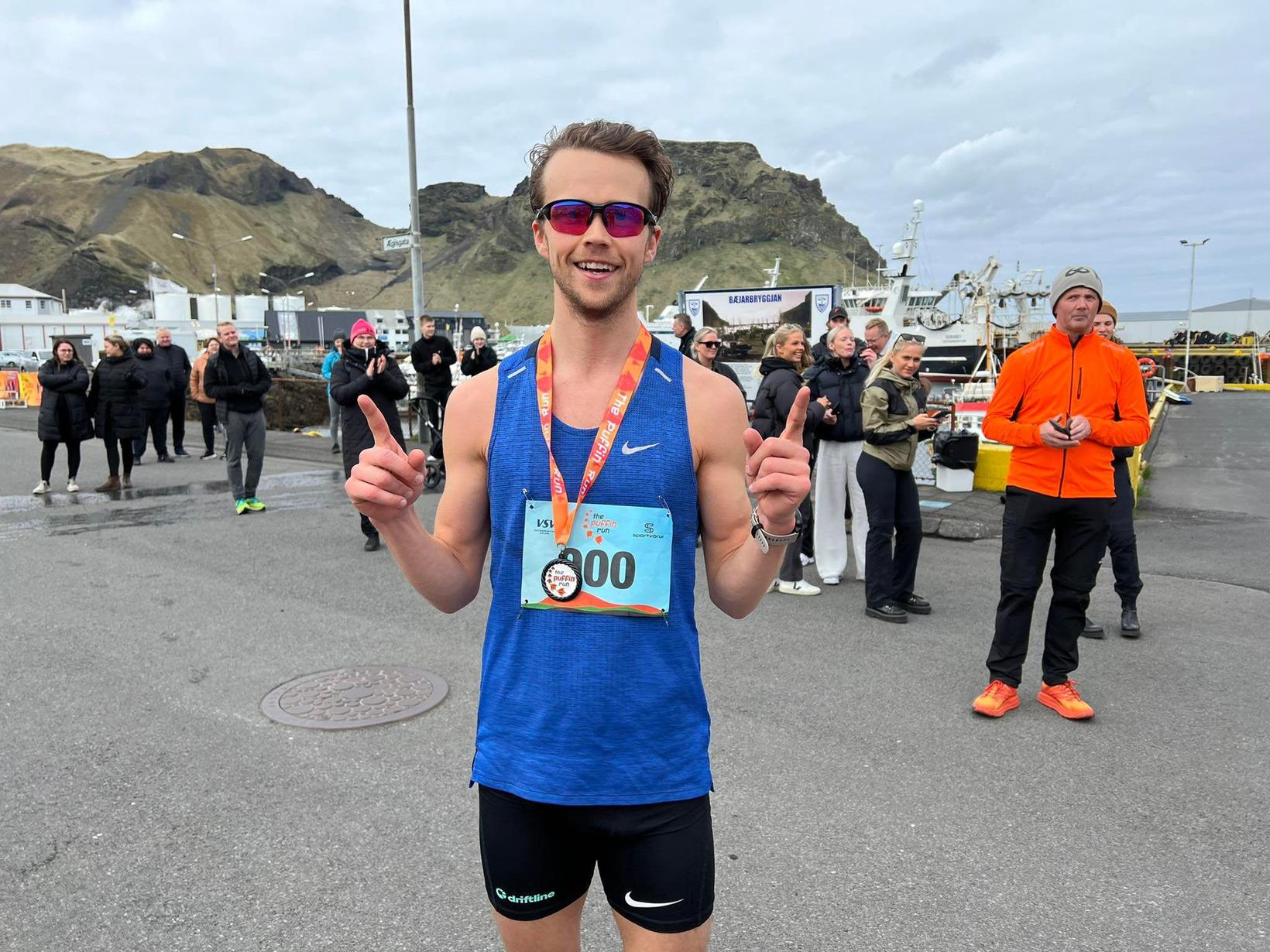 Arnar Pétursson the winner of the Puffin Run 2022.

The twenty km long trail run also known as The Puffin Run was launched today at noon in the Westman Islands and has never been more popular than today. There were 1100 participants from sixteen countries and this year the numbers of runners exceeded the previous top number of 870 particiants by 200. 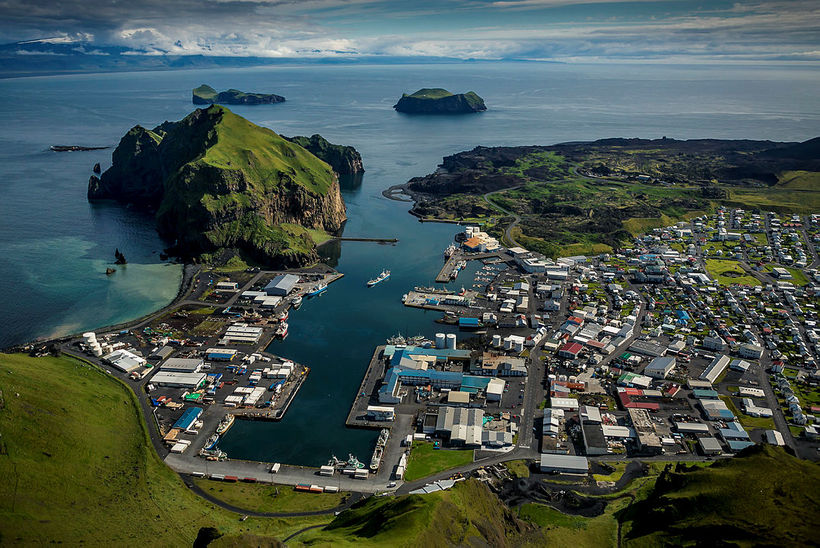 The winner this year was Arnar Pétursson who broke last years record by running the 20 km course at 01:17:55, but last year Þorsteinn Roy had the best time at 01:22:09. The fastest woman was Andrea Kolbeinsdóttir who ran the 20 km at 01:26:24. Here you can see the final results in the Puffin Run in all the leagues. The oldest participant in the run was Pam Hansen, born in Canada in 1943. She ran the course in 03:54 minutes. 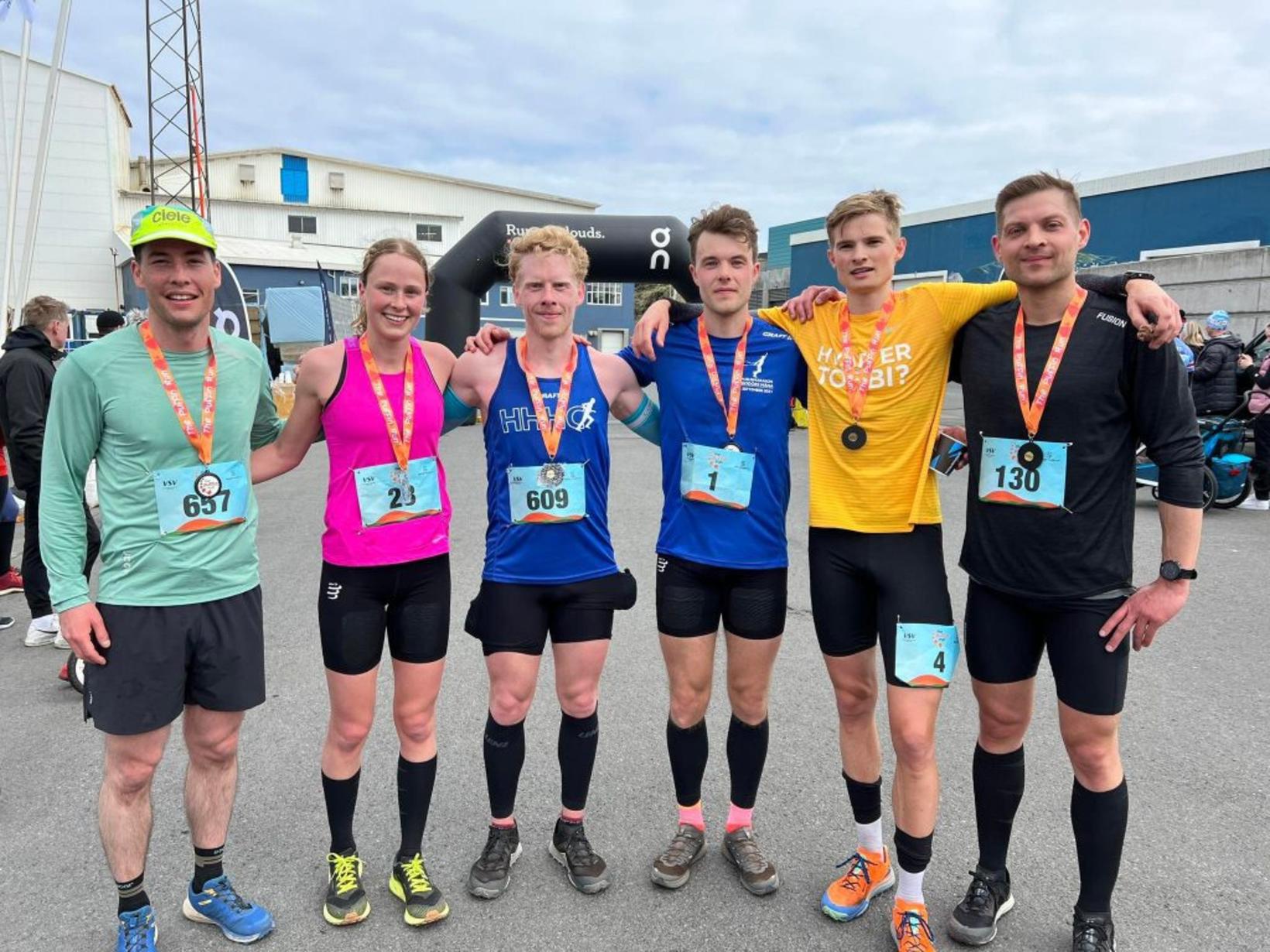 The whole community in the Westman Islands takes part in this annual event and as many as 140 people are guiding the runners on their route. 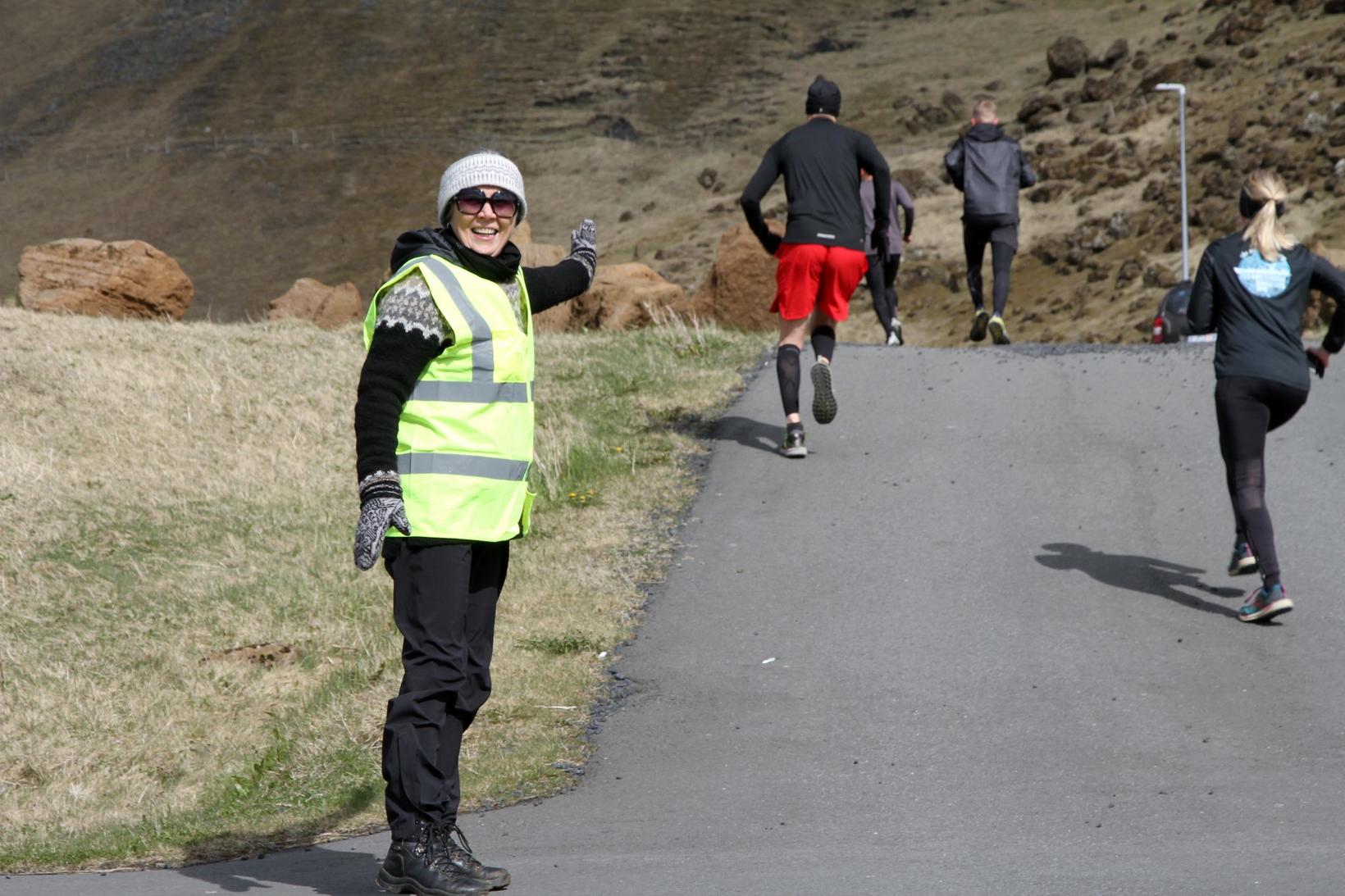 140 locals are working today to make sure the Puffin Run runs smooth.

The weather today was mild and just a slight breeze. The trail is spectacular with unparallel panoramic views. The run starts at the Nautshamar harbor in the town and from there the route is a cirle around the island. Here you can see the route: 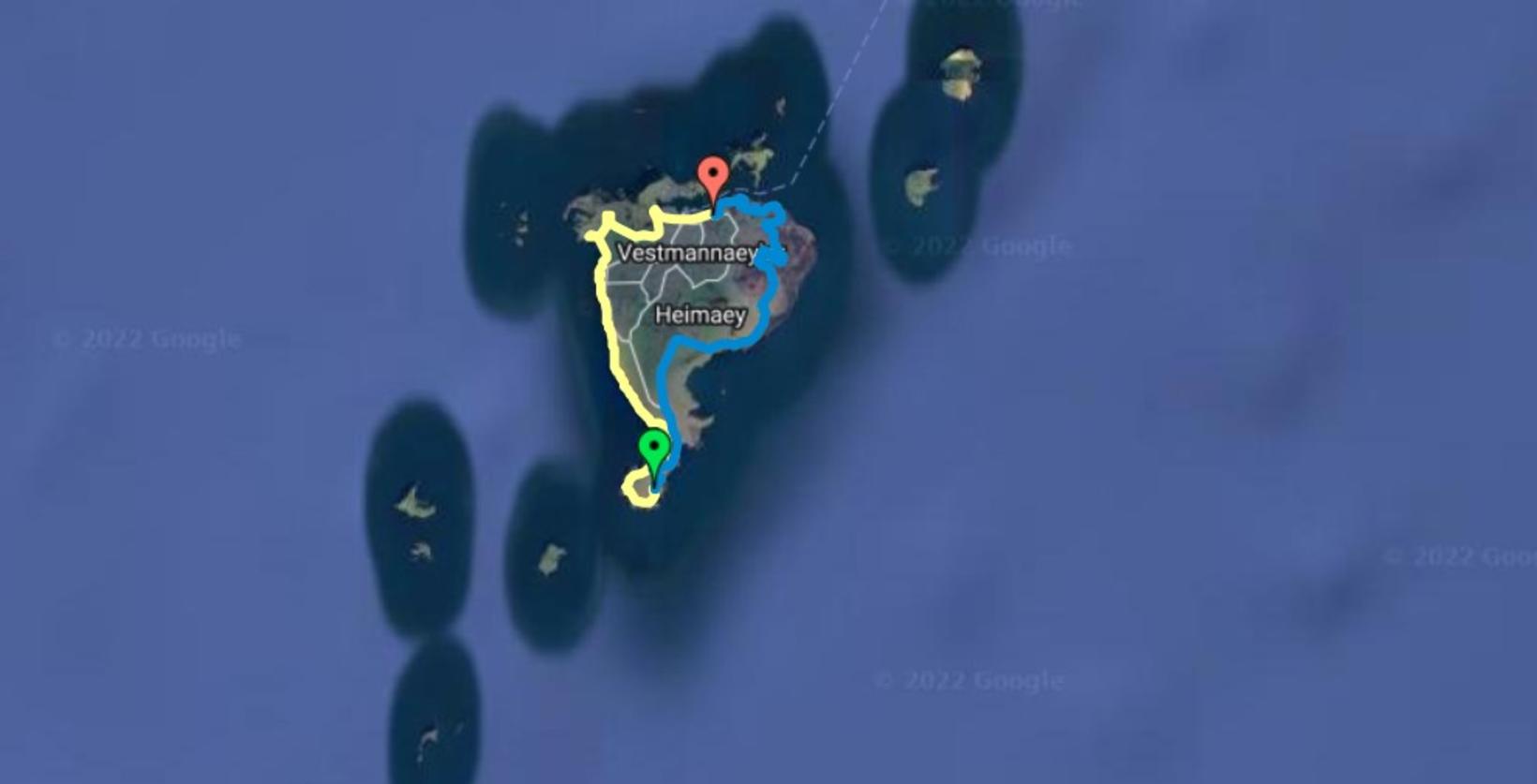 Biggest puffin colony in the world

The Westman Islands have the biggest Atlantic puffin colony in the world and is a treasured area for all bird enthusiasts. From May to early September the island hosts 8-10 million Atlantic puffins, which approximately translates to 60% of the entire Atlantic puffin population.

Here is a video from the Puffin Run in 2018 where you can see the area.