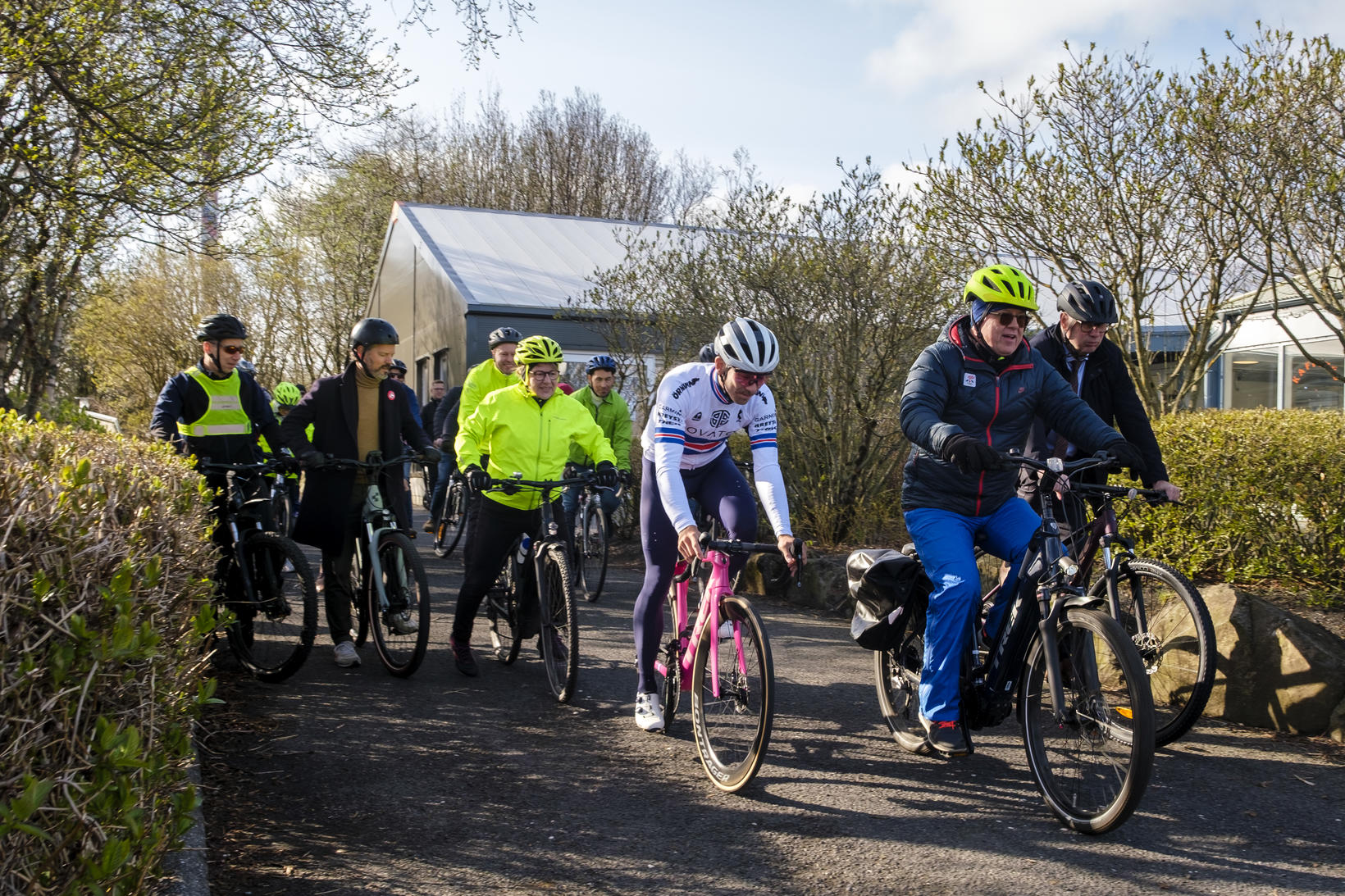 The twentieth anniversary of the health and motivational campaign "Biking to Work" started today and here they took off. mbl.is/Kristinn Magnússon

The health and motivational campaign “Biking to work” was launched this morning at Reykjavik Family Park and Zoo, and this is the twentieth year of the campaign which is meant to highlight ecological and healthy means of transport.

To start the campaign this morning, Willum Þór Þórsson minister of health, Dagur B. Eggertsson, the mayor of Reykjavík, Sigrún Ágústsdóttir, the CEO of the Environment Agency, Ingvar Ómarsson, an Icelandic champion of cycling as well as Andri Stefánsson the managing director of the Icelandic Sports Association were present and after the opening they took to their bikes and rode for a while. 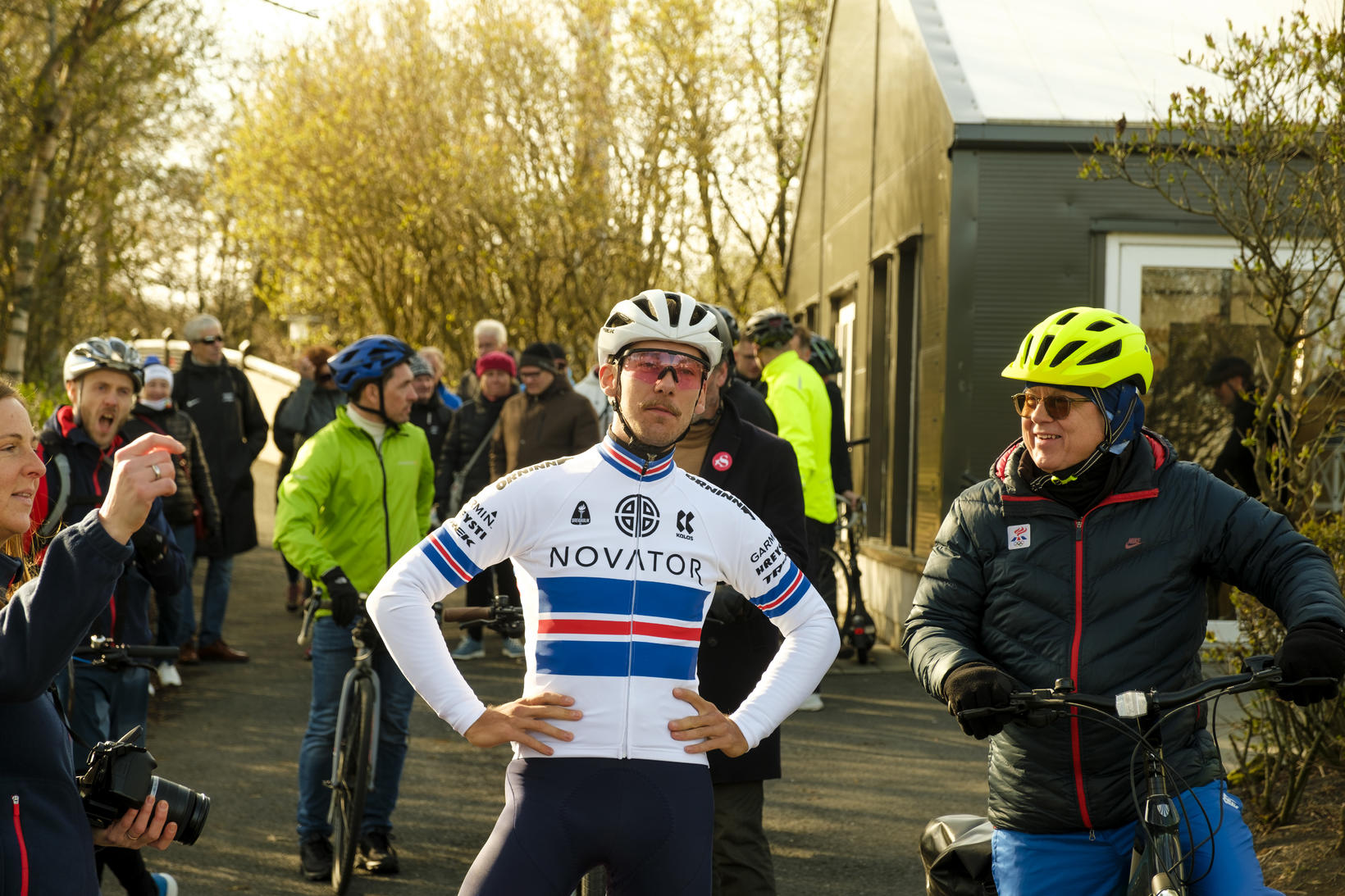 Here in the middle is Ingvar Ómarsson, The Icelandic champion in street cycling. mbl.is/Kristinn Magnússon

The duration of the campaign “Biking to work” is three weeks, from today until the 24th of May and Icelanders are encouraged to use their bicycles to get to work and leave their cars behind. For those who don´t have bikes they are encouraged to walk, jog, run and thereby using their own bodies are means of transport.

It is also a competition

Simultaneously, there is a competition between workplaces where the main focus is on the number of days employees bike to work as a percentage of the number of employees. There are eight leagues competing but the leagues are divided based on their number of employees at the companies and many teams within each league. Furthermore, there is a competition of how many kilometers are covered overall by the teams in each league and secondly the ratio of kilometers covered based on the number of people in each team.
For those employees who are working from home, it is suggested that they start the day by biking and ending it as well on the bike in order to be a part of this healthy and fun campaign. 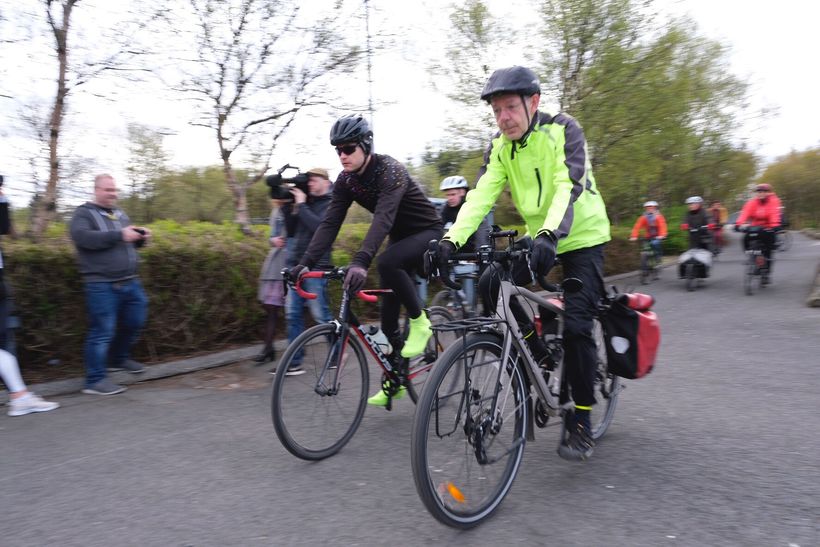 It is a different experience riding the bike to work and employees come refreshed to their daily tasks. mbl.is/Kristinn Magnússon