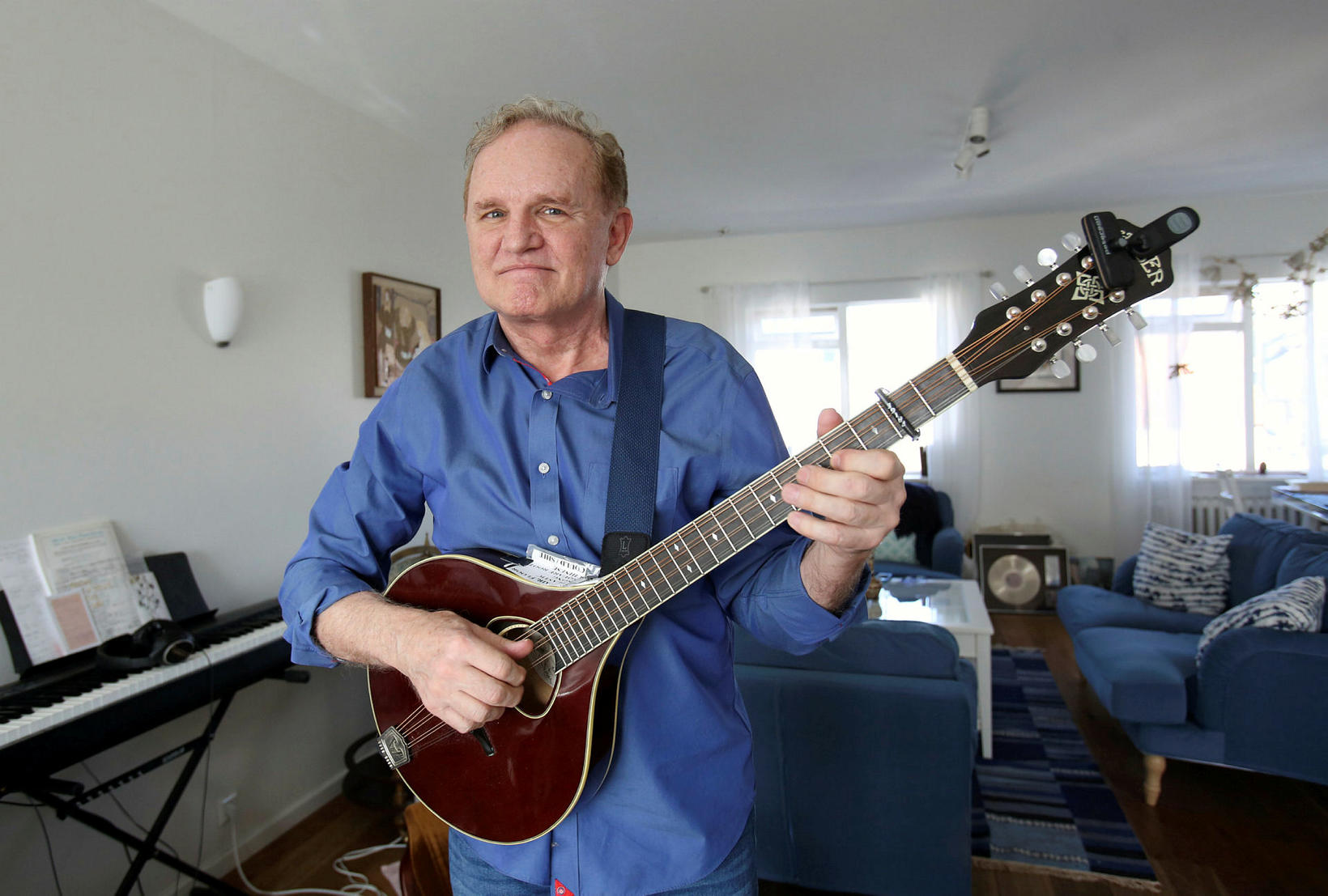 He explains that he came here over Christmas one year and completely fell for the country. He returned the following Christmas and again the third, and that’s when he decided to move here. As a result, he jokes, he’d never even seen Iceland in daylight when he made the decision.

Prior to moving to Reykjavík, Nick lived in Los Angeles. In Iceland, he met many people and made friends right away at cafés and music venues. It’s hard to explain why I have more friends here after several years than I have in LA, he states.

As a child and teenager, he was the member of many bands, one of them in Greece when he was 14. Later, he started working at a studio in Woodstock, NY, owned by Albert Grossman, who was the agent for Bob Dylan and Janis Joplin. 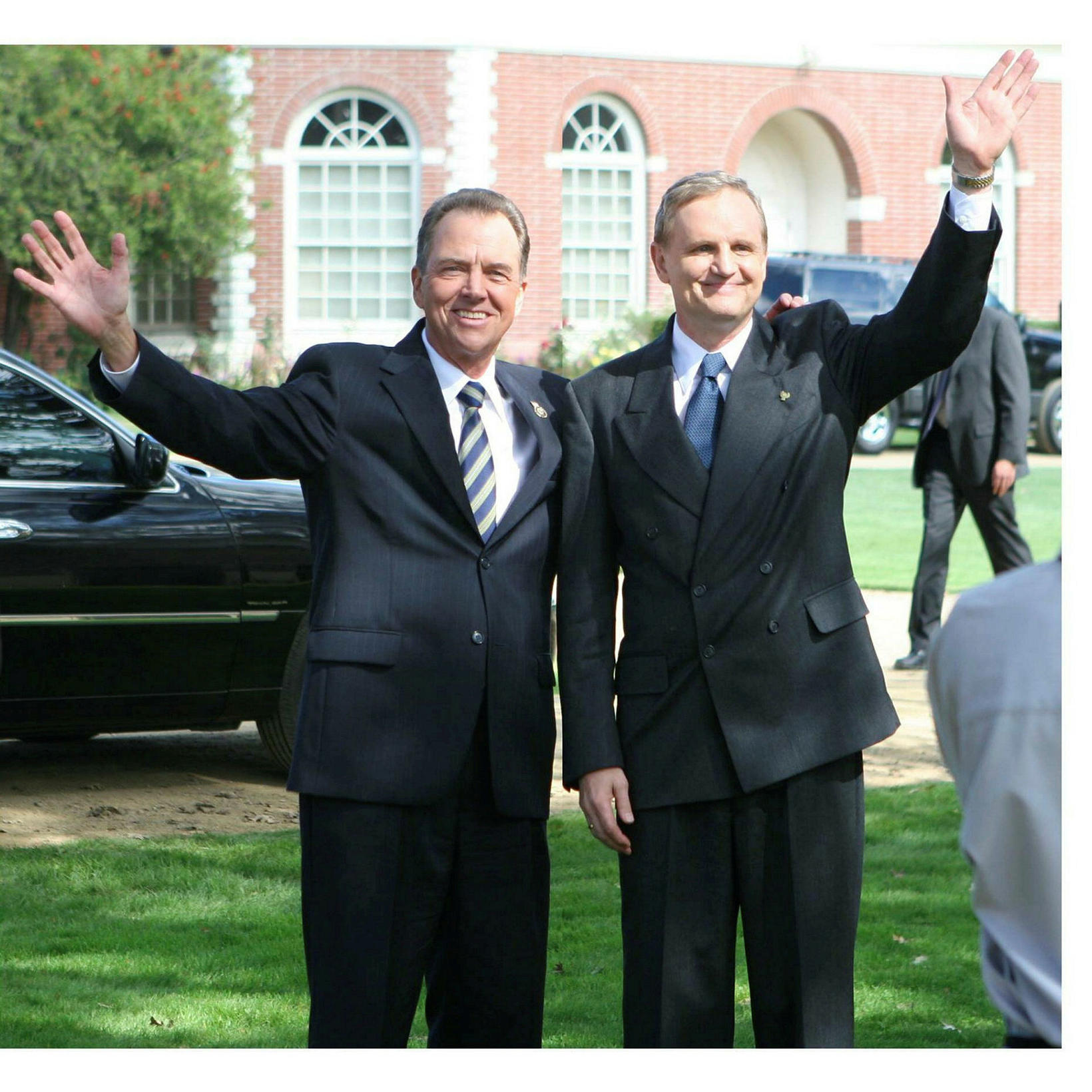 In the TV series 24, Nick played the role of Yuri Suvarov, president of Russia. Here, he is with actor Gregory Itzin.

After moving to Atlanta, one thing led to another and he started doing stand-up comedy and acting. Later, he moved to LA and started an impro band, and this has been his passion — to improvise songs on the spot.

He subsequently got a role in the TV show The Antagonists , and other roles followed, including ones in Seinfeld, Criminal Minds, NCIS, Lost and 24 . In the last season of 24, he got to play the bad guy, which he calls every actor’s dream. You pray for two things to happen: that you won’t be killed off this season, and that you’ll get to play the bad guy, he admits and laughs. 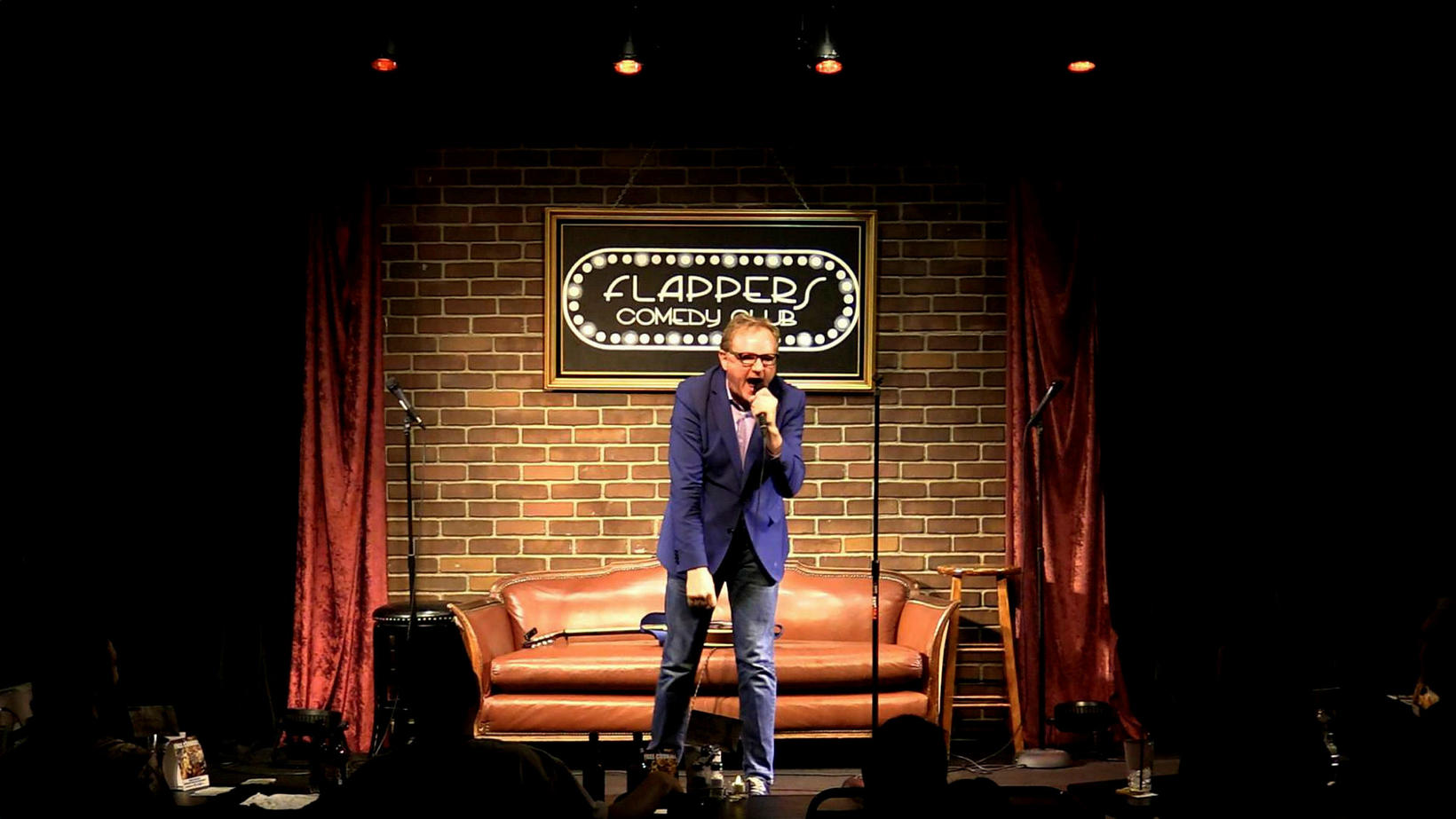 Right now, Nick is working on an animated film, made by Paul McCartney and based on a book he wrote for children.

When asked about the reaction of his friends and family to his decision to move to Iceland, he responds that Iceland is a respected country and considered cool. People know much more about it than they used to. His friends and family didn’t find it strange that he moved, but perhaps they were surprised, he notes. They didn’t understand how I could leave acting in LA for Iceland. I think most people admired me for taking this step, to follow my dreams, he states. He loves Iceland, he concludes, and has found his magical place.