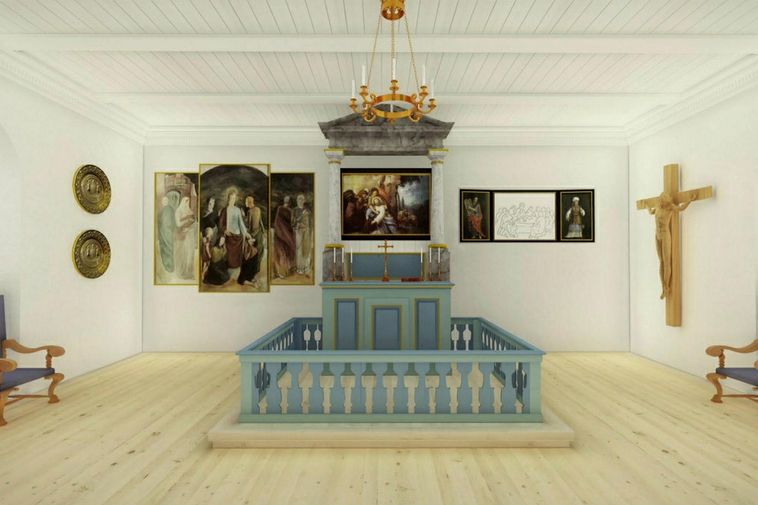 There are plans to begin the renovation of the interior of Bessastaðakirkja church, located by Bessastaðir, the Icelandic presidential residence. The church, consecrated om 1796, is considered one of Iceland’s most important buildings. It was built from lava rocks, as well as from dolerite rocks (grey basalt).

“The goal is to take into account the church’s architectural history and its artistic value, so that it will get the attention it deserves and be accessible to all — the guests of Bessastaðir and churchgoers,” Margrét Hallgrímsdóttir, director general of the National Museum of Iceland, tells Morgunblaðið. She adds that it always helps to protect historic buildings when they serve an appropriate role in modern society. The goal is for services to be held in the church and for it to be open to visitors.

Margrét heads a committee in charge of the church’s renovation. The government’s proposed 2022 budget plan allocates ISK 90 million to the project.

Sveinn Bragason, project manager at the prime minister’s office, states that the church was built in a neo-classical style. He notes that the renovation has been in the pipeline for quite some time. In 2016, when 100 years had passed since the birth of Dr. Kristján Eldjárn (1916-1982), who served as president of Iceland 1968-1980, the decision was made to obtain information about woodwork and more which was removed from the church in 1946 and stored instead at the National Museum. Based on that study, suggestions were made for renovating the church by bringing back those old items — suggestions which you can see when you watch the virtual reality video below. Those items include the old altarpieces, pulpit, altar, pews, and more.

Margrét notes that not only will those old items be brought back, but in addition to that, access for wheelchairs will be improved, as well as lighting, fire prevention, ventilation and restrooms.