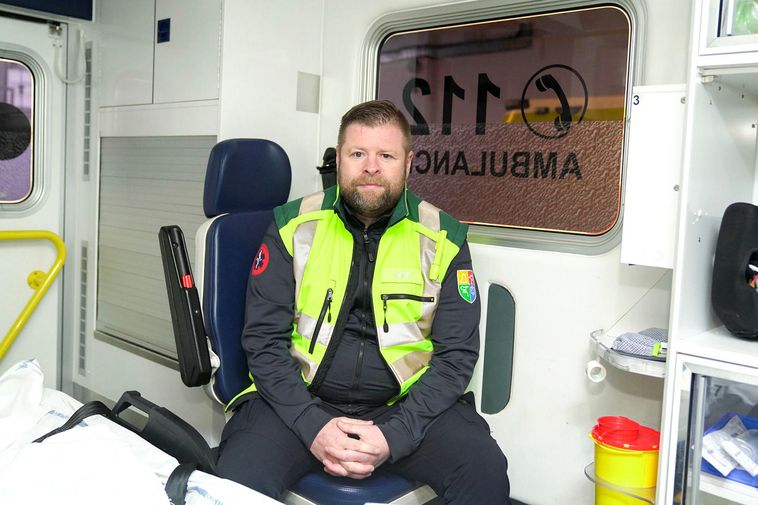 “What are the chances of that happening?” a Facebook post from the Capital Area Fire Department reads. “For what to happen? For the same paramedic to be called out twice to the home of the same mother to assist her in labor.”

Guðmundur Guðjónsson, a paramedic, was called out last weekend to assist a woman who was giving birth at home. Little did he know that he had been called out to her home in 2017 for the same reason. On both occasions, the labor had started at home, leaving no time for transport to a hospital.

“We arrive at the place,” Guðmundur tells mbl.is, at it is clear that the baby will soon be born. I introduce myself and talk to the mother, and as I’m introducing myself, she asks if I may possibly have delivered her older child.”

He looked around, but the home didn’t look familiar, so he responded he probably hadn’t. He couldn’t remember having been there before. Then he was told that the family lived elsewhere at the time.

“Then she starts reminiscing about the delivery and tells me when it occurred, and I told her she was right. ‘Now, it’s clear to me; I, too, remember you,’ I told her. Then I remembered having delivered her baby.”

He finds this quite unique and is unaware of such a coincidence happening before.

“Then the delivery went very well, as do most births that happen fast, and a beautiful, little girl was born a few minutes after we arrived,” Guðmundur relates. “There was something about that moment, also when I spoke to the father afterwards. It was very beautiful and enjoyable to share such a moment with the family.”

Guðmundur briefly saw the girl he delivered in 2017 when he arrived, as she was being picked up by her grandfather, but that was before he knew he had delivered her.

During the 27 years he has worked as a paramedic, Guðmundur has delivered at least 20 babies. “It is very rewarding and wonderful when babies are born and all goes well,” he states. “Actually, you don’t do a whole lot. The mothers take care of it… Keeping the atmosphere cheerful is probably the most important thing we do,” he concludes.