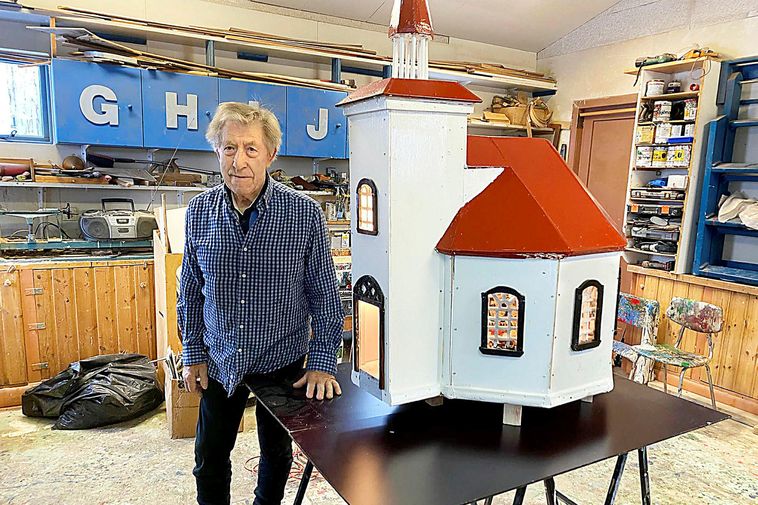 Árni Bjarnason, a retired farmer at Uppsalir, near the village Varmahlíð, North Iceland, is World’s oldest man, Morgunblaðið reports. He turned 90 on Monday. ‘World’ — in Icelandic Heimir — is written with a capital W, since it refers to the name of the men’s choir in Skagafjörður fjord, of which Árni is member.

He is well aware there are older men in the world, with a lower case w, than he is.

“They gave me a wonderful reception, and were very kind, as they always are,” he says of the choir members’ celebration on Monday. “They gave me a party with a birthday cake, and the leader of the choir gave a major eulogy. You can always make a mountain out of a molehill,” he adds.

Árni joined the choir in 1959, more than 60 years ago. He has no idea if anyone this old has been an active member of the choir before. He finds it likely, though, since some of the founding members kept singing till they died.

He is happy in the company of choir members, but is contemplating retiring. “You’ve got to have the common sense to quit before you become dumb enough to think you’re indispensable,” he states. This winter might his last with the choir.

When asked how he spends his time, Árni responds that he likes working in the garage, where he builds turf houses and sometimes churches — models of them, that is — about a meter and a half in width. He has already built more than a hundred of the turf houses, which are spread all over the country.

At present, he is busy building a model of the old Silfrastaðakirkja church in Skagafjörður, the base of which is octagonal, making the project quite complicated. The church has been removed from its base and is currently being renovated in the town Sauðárkrókur, but Árni states he has seen it often enough to be able to build the model from memory.