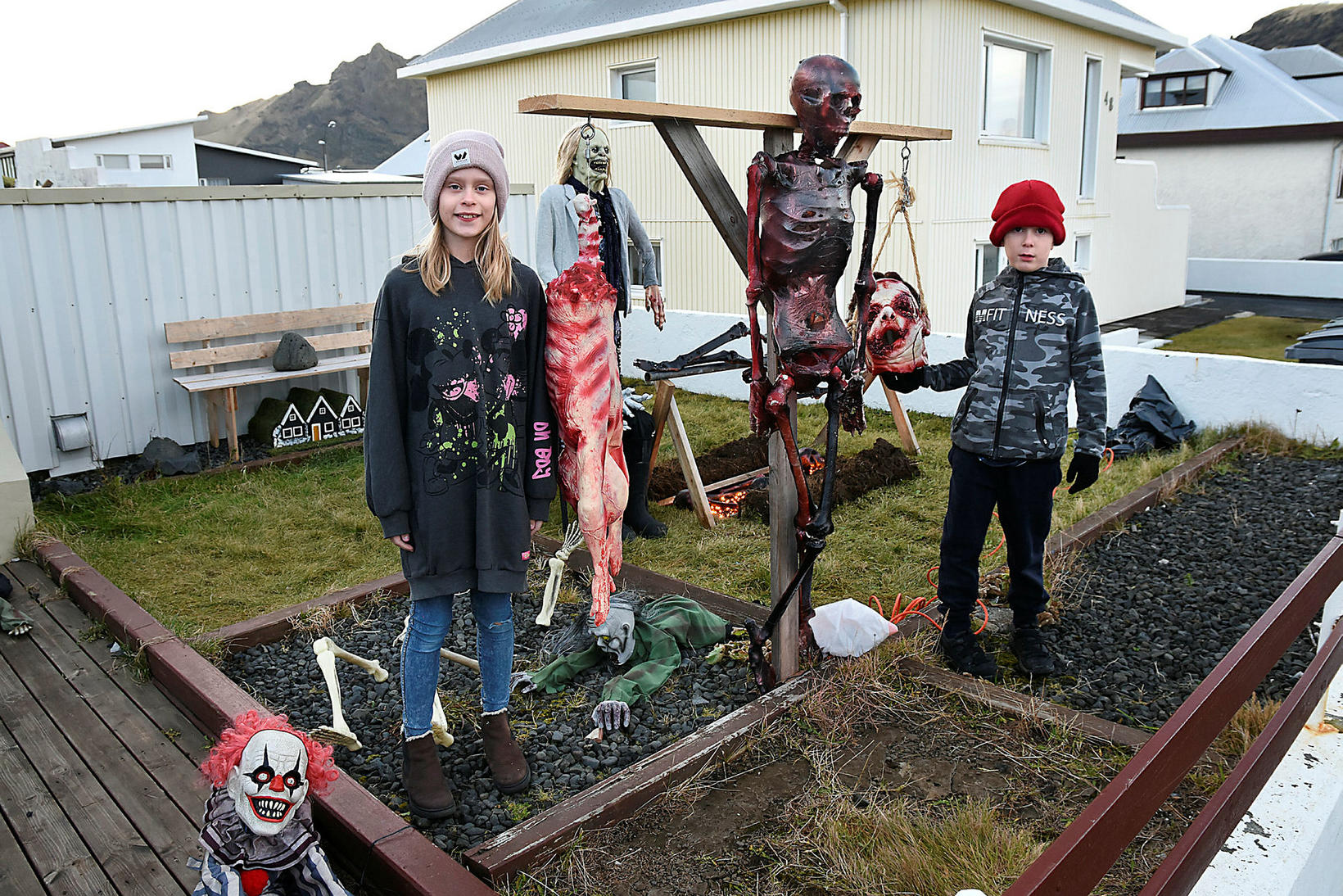 Every year, more and more people celebrate Halloween in Iceland. October 31 is coming up Sunday, and many children impatiently wait for the chance to dress up and go trick-or-treating.

In one home in Vestmannaeyjar islands, off the south coast of Iceland, preparations are more extensive than elsewhere.

“It all began with a skeleton, sitting at a table — an idea from New Orleans,” Einar Birgir Baldursson tells mbl.is . He has installed 20 Halloween figures of all sorts and sizes in his back yard. 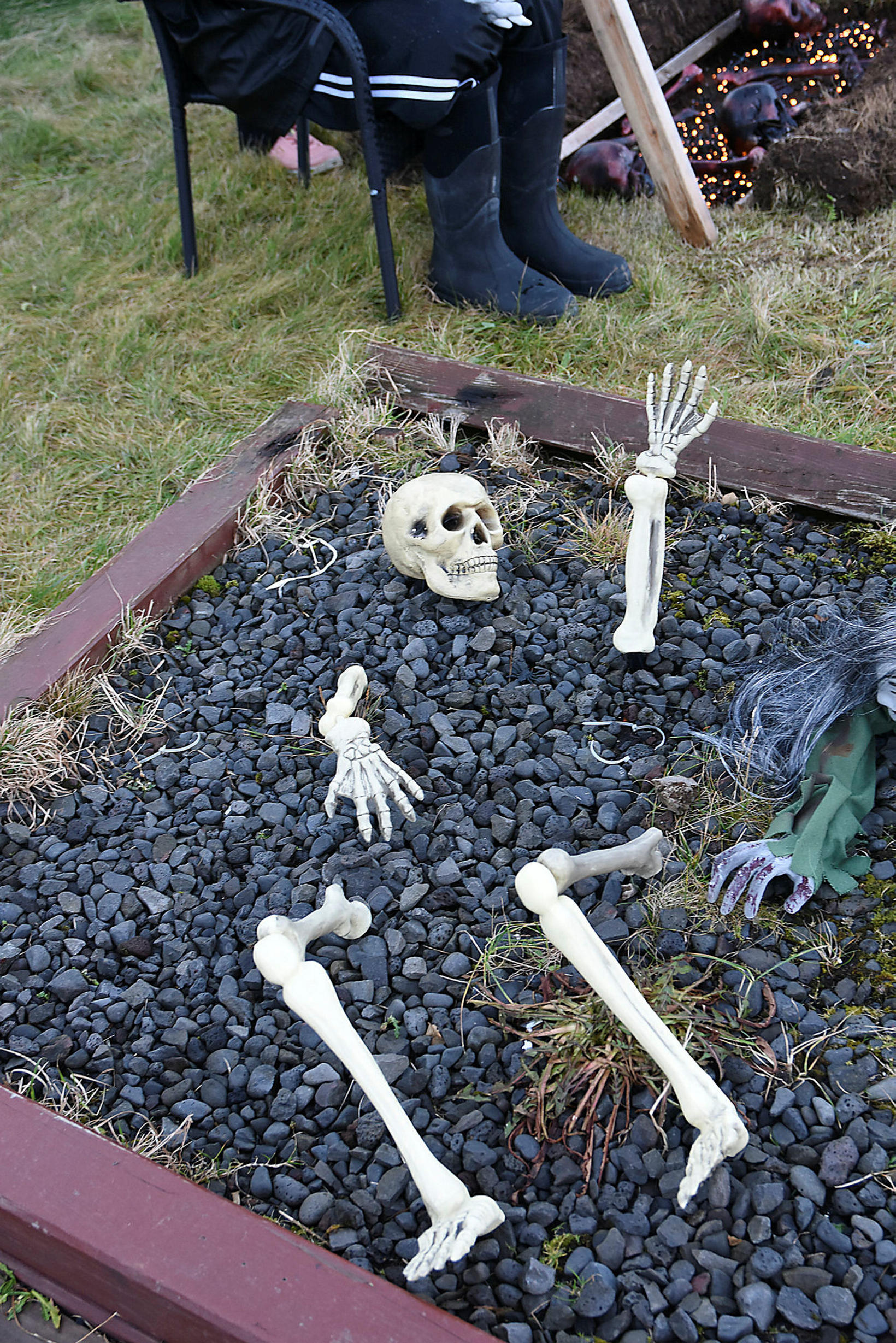 This began little by little, and during the COVID-19 pandemic, there was plenty of time to look at all sorts of Halloween merchandise, the result of which can now be seen at Heiðarvegur 50 in Vestmannaeyjar.

That’s where Einar lives with his wife, Íris Sif Hermannsdóttir, and their children, Baltasar Þór and Aþena Rós.

Their initiative has not only delighted their family, but anyone who passes by their house as well.

“My wife and I have been to New Orleans three times during the last days of October to experience the true Halloween atmosphere,” Einar relates. “They put a lot of effort into various decorations, and we now have a tiny sample here in Vestmannaeyjar islands.”

The effort has paid off. “It’s nice to see how much everyone enjoys this and how positive they are toward it, although the figures aren’t exactly attractive,” Einar states. “Little kids and older people alike come here and express their joy. You could say the reaction has encouraged us, and we enjoy lightening the mood in town. This is the third time, and we plan to keep doing this,” he concludes.

There are various ways of knowing which homes celebrate Halloween by offering candy, mbl.is reports. In one neighborhood in Kópavogur, Southwest Iceland, for example, residents can see on an online map which houses are marked with a pumpkin, indicating plenty of candy on offer.

Welcome, freshman, up you go!