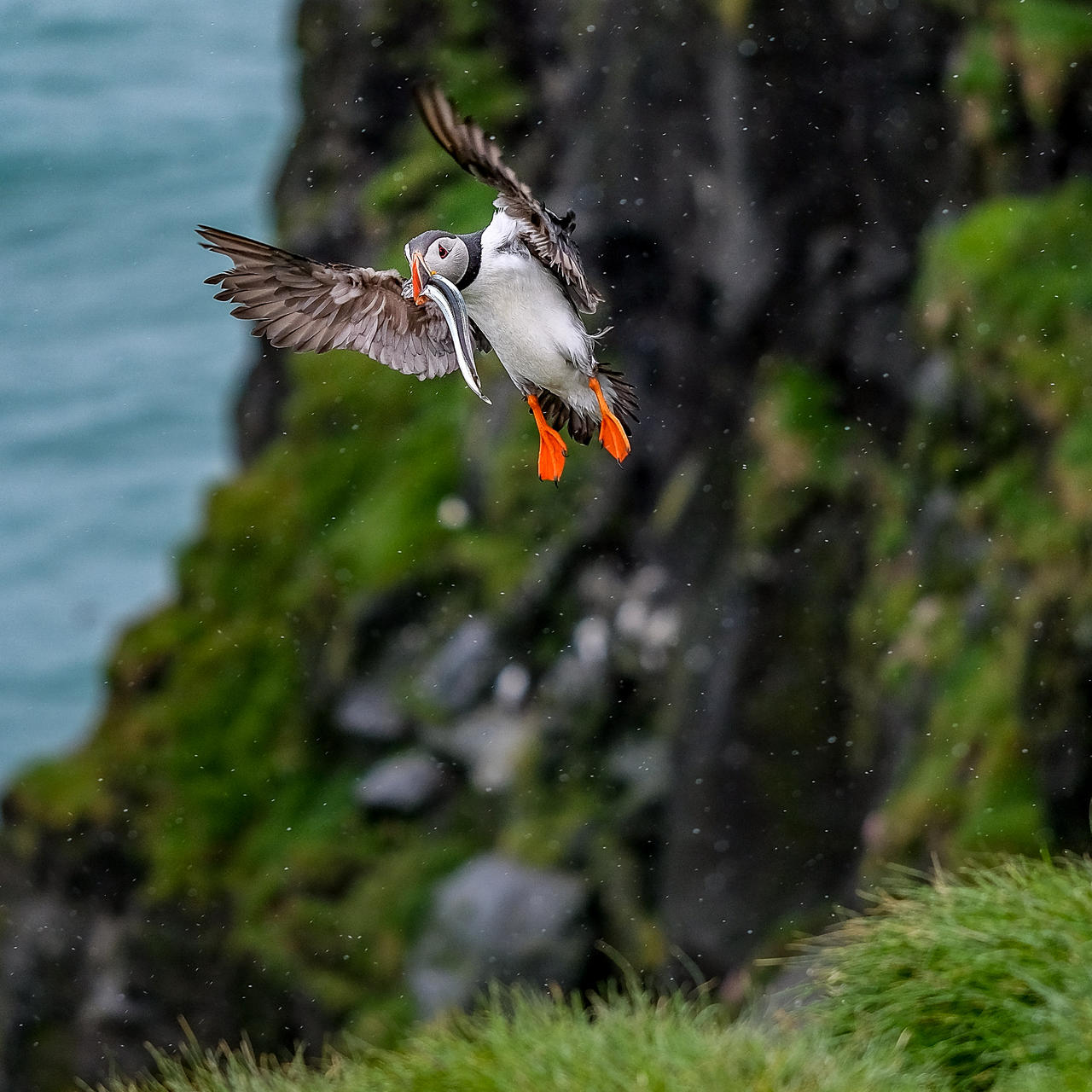 The winner of mbl.is ’ Photography Contest, held this summer, is Einar Rúnar Sigurðsson. His winning photo was taken on Ingólfshöfði promontory, South Iceland, in June. It shows a puffin, bringing fry and capelin to its young in the rain. 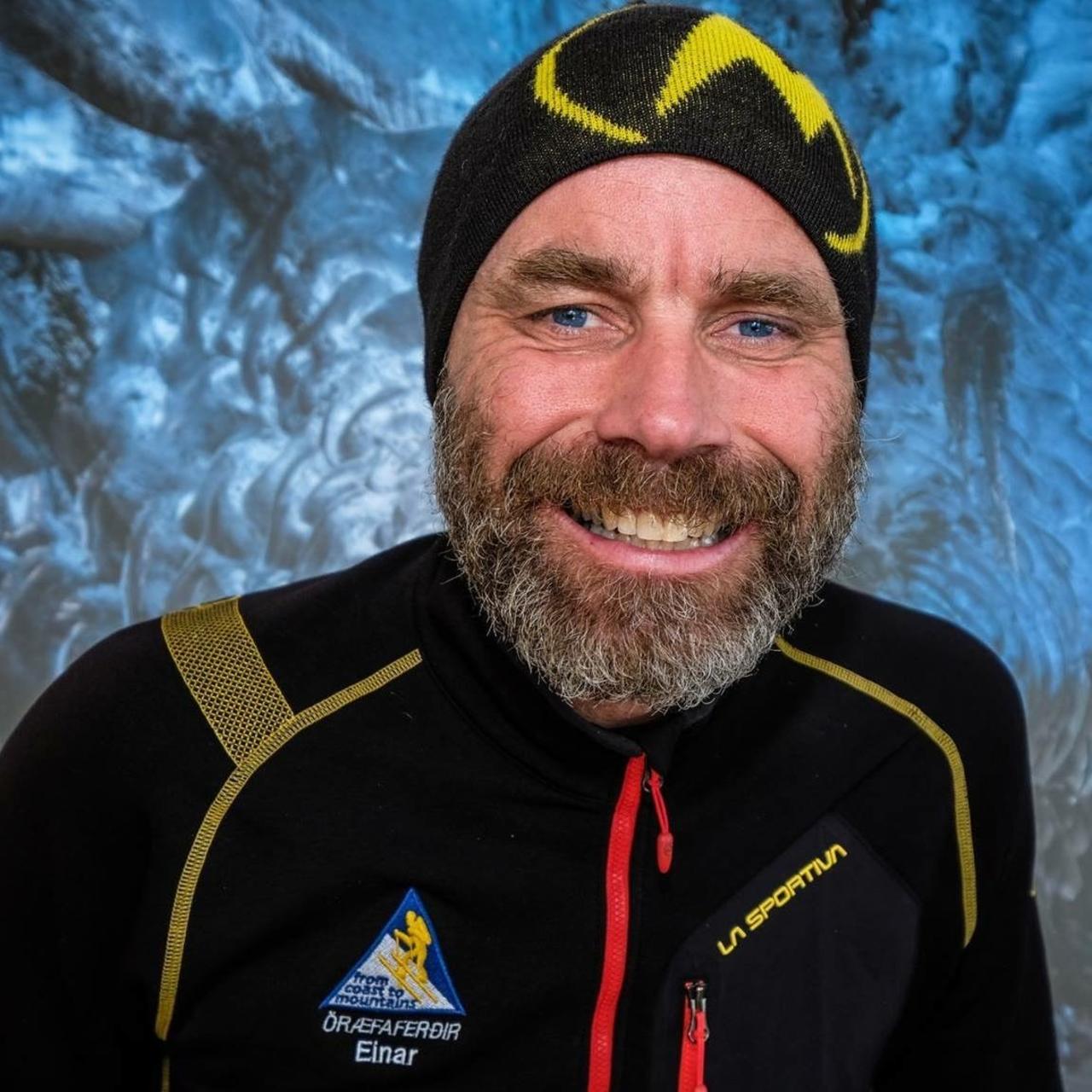 “All my life, I’ve been taking pictures,” Einar states, “and I always intended to become a photographer when I grew up, but I ended up doing something else…I work as a mountain guide and in travel-related services, using every opportunity to take pictures. You learn a lot from taking photographers around the country, and I’m constantly traveling the country, camera in hand.” Einar posts his photos on the website einarr.picfair.com. 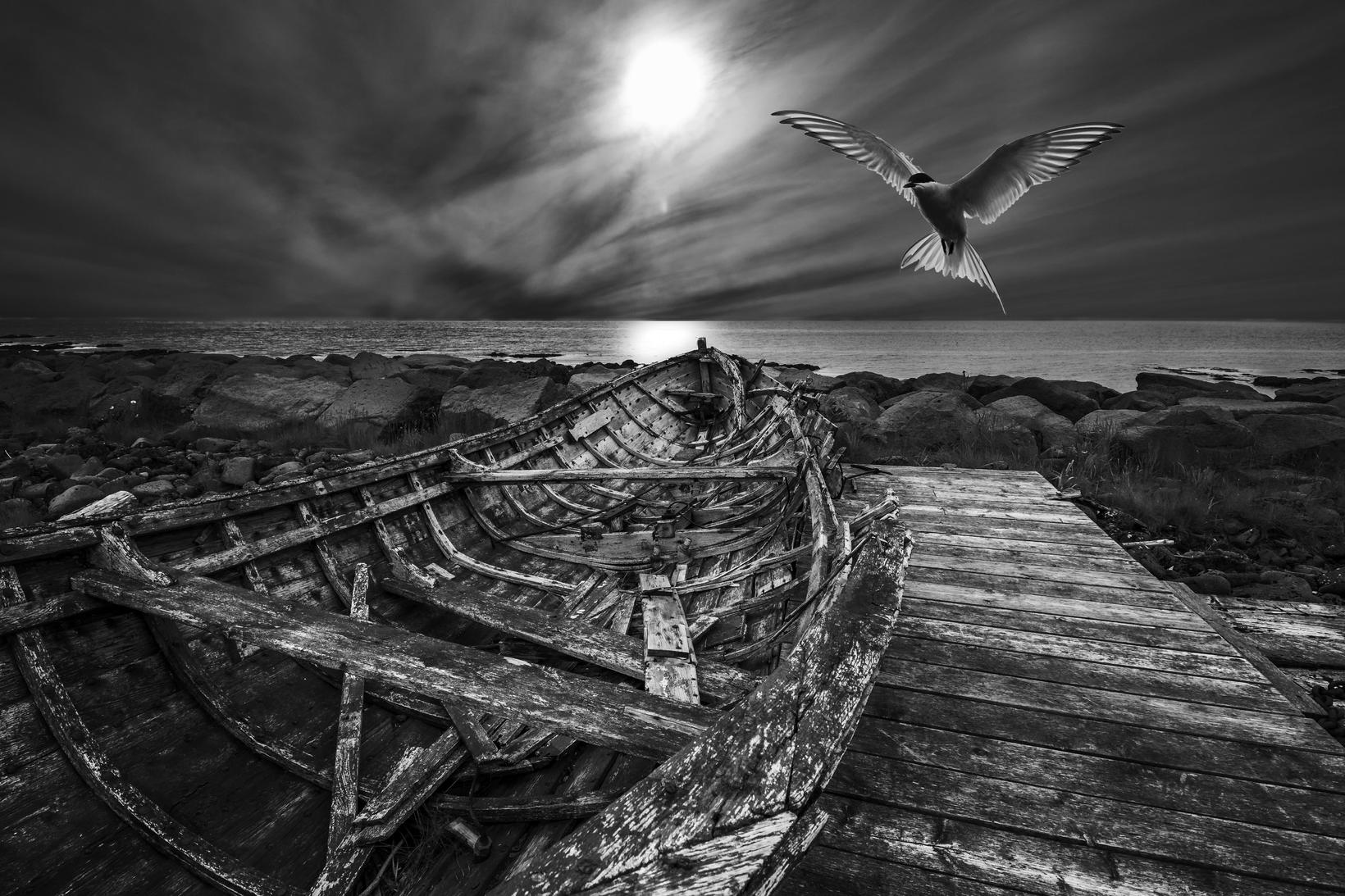 Practice makes perfect, he states. “I may take a thousand pictures before getting one this good,” he notes. “There are moments when everything works out.”

In second place was a photo of an Arctic tern, taken by Dúddi. “It’s a composite photo, taken close to Garðskagaviti lighthouse [on the Reykjanes peninsula] on the one hand, and on the other hand at sunset in Akranes [West Iceland], ” he explains . 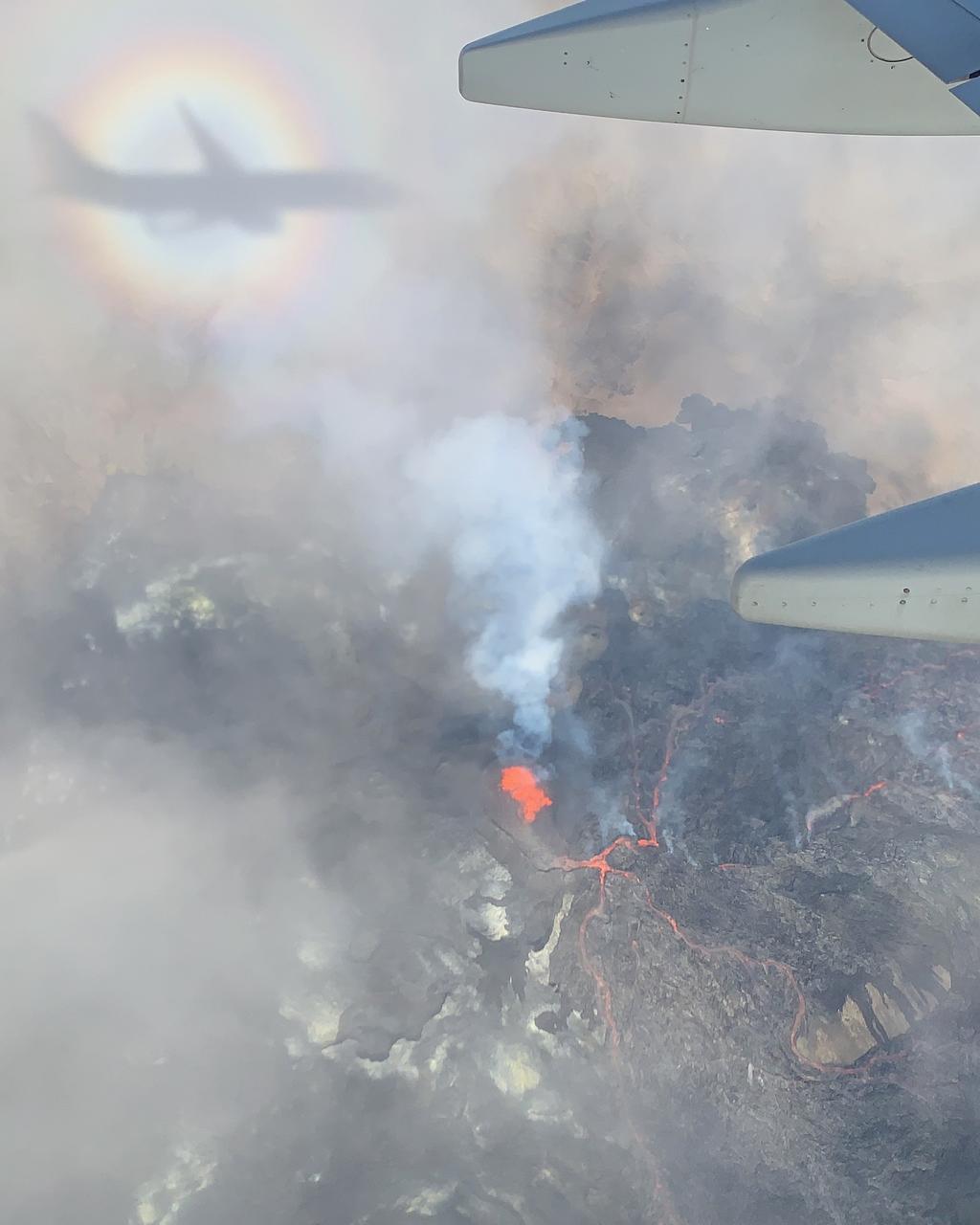 Coming in third was a photo of the shadow of an airplane, taken by Unndís Ósk Gunnarsdóttir.

“The shadow of the airplane appeared in the smoke and steam from the volcanic eruption, and then the rainbow circle appeared around it,” Unndís explains. “It only lasted a few seconds, and catching this photo was incredibly lucky.”

About 500 entries were received. The contest was meant for amateur photographers, and the theme was flight.

Prizes for first and second place were smartphones — Samsung Galaxy S21+, and for third place an ISK 100,000 Icelandair gift card.