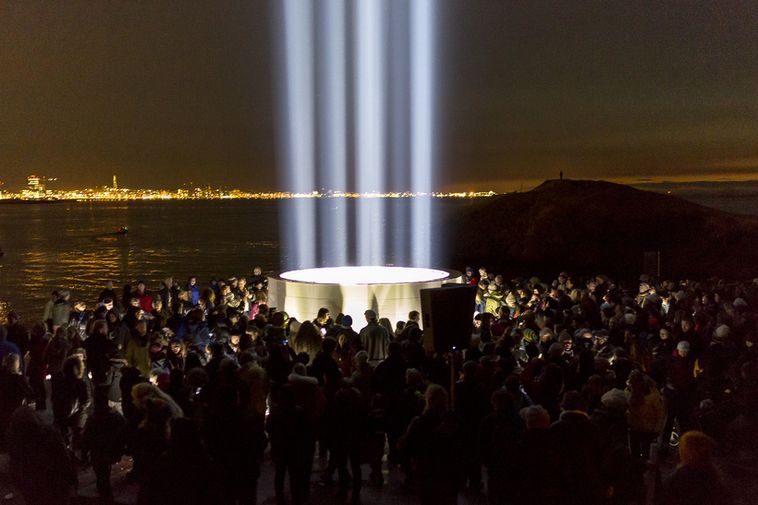 Tonight at 8 pm, on John Lennon’s birthday, the Imagine Peace Tower will be lit for the 15 th time on Viðey island, near Reykjavík, mbl.is reports. He was born in 1940 — 81 years ago.

Due to current restrictions on public gatherings, a maximum of 500 people will be able to attend the event.

Thanks to Lennon’s widow, Yoko Ono, a free boat ride will be provided to the island, leaving Skarfabakki wharf between the hours of 6 pm and 7:30 pm. The first ferry departure from the island is scheduled at 8:30 pm.

Ferry tickets must be reserved in advance here.

The Imagine Peace Tower – an outdoor art work by Yoko Ono – was erected on Viðey island in 2007 in honor of John Lennon’s memory. It is lit every year on October 9, and it illuminates the sky until December 8, the date he was assassinated in 1980. The tower symbolizes Lennon and Ono’s fight for peace. On the tower, the words “Imagine peace” are written in 24 languages.

Thereafter, musician Ásgeir Trausti will perform, followed by Reykjavík Mayor Dagur B. Eggertsson’s address, after which the tower will be lit.

A livestream of the event will be accessible here.