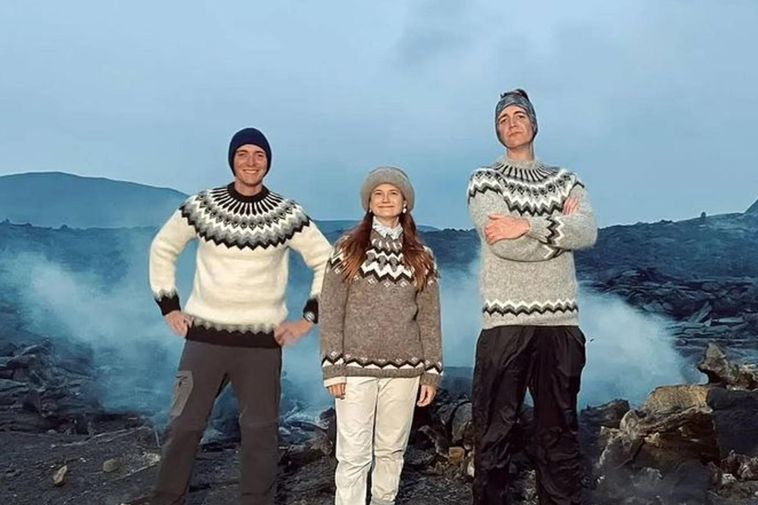 in the Harry Potter film series, visited Iceland last week to work on an episode of a travel show, mbl.is reports. Bonnie Wright and the twins James and Oli­ver Phelps are famous for their roles as the siblings Ginny, Fred and George Weasley in the Harry Potter movies.

Wright’s Instagram post shows that she went horseback riding as well, much to her delight. All of them appear to appreciate Icelandic lopi sweaters, in which they pose in one of the photos.

In his Instagram post, James Phelps sounds delighted with his visit and calls Iceland “one of the most beautiful places on the planet.”