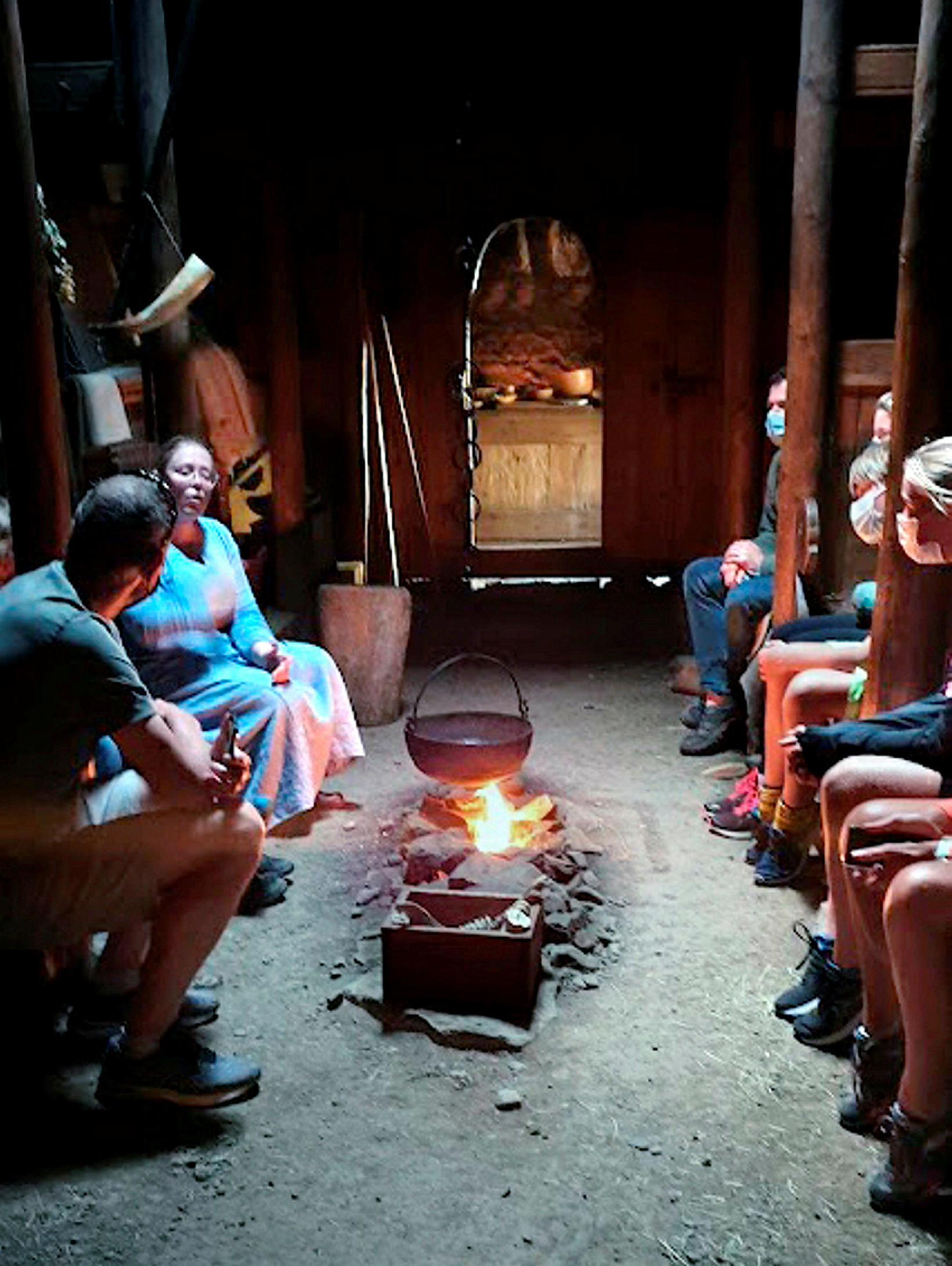 What surprises Icelandic visitors is hearing that people in the Viking Age probable slept sitting, states Sunnefa Lind Þórarinsdóttir, who works at the farm Eiríksstaðir, Dalir, West Iceland, where she tells tourists about the lives and living conditions of the Vikings.

Eiríksstaðir is a replica of the turf house where Erik the Red, father of Leif Erikson, a.k.a Leif the Lucky, lived during the tenth century. Leif the Lucky is believed to have discovered North America around the year 1000.

Sunnefa’s job is to tell tourists about the living conditions of the Vikings, the food they cooked, tools they used, etc. When asked by Morgunblaðið how she supports the idea that the Vikings slept sitting, she explains: “Beds have been found the size you see here, 1.3-1.4 meters [4 ft 3 in-4 ft 7 in], and in addition, bones have been discovered showing that people back then were not all that shorter than we are.” It is known, she adds, in other cultures, among them in South America and in Nepal, that people used to sleep sitting to make it easier for them to breathe, since there was smoke in their houses from the fire.

Icelanders, too, find it interesting when she tells them that accounts of violence in the Sagas of the Icelanders are most likely rather exaggerated, she states. That assumption she supports by pointing out how few weapons have been discovered by archeologists in Iceland. 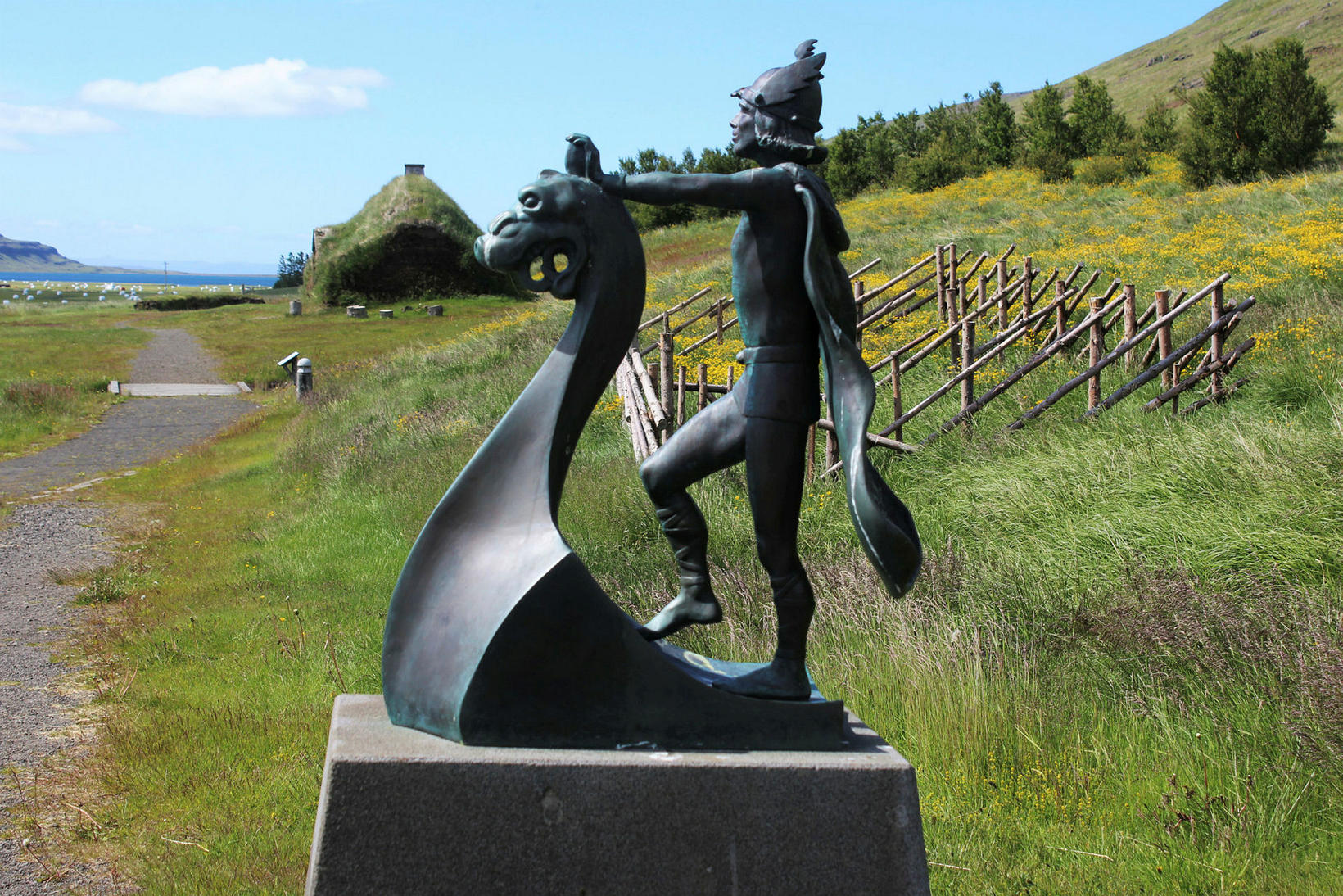 A statue of Leif the Lucky, located near the farm, made by sculptor Nína Sæmundsson.

Sunnefa meets her guests dressed in Viking Age attire, leads them into the turf house, or longhouse, and sits down with them by the long-fire. The longhouse first opened in the year 2000.

“We tell people about those who lived here, Erik the Red and his family, and about the way people lived in Iceland in the tenth century – what it was like living in such a house, what the rooms were used for, and what people ate.”

Sunnefa notes that foreign tourists who visit the farm are very interested in learning about the types of food consumed by the Vikings and oftentimes ask where they can taste such foods. Sunnefa then tells them the traditional food, typically stored in whey, is not available until January or February, but dried fish, skyr, and liver and blood sausages can be purchased in stores.

“This is the most enjoyable job I’ve ever had,” she concludes.