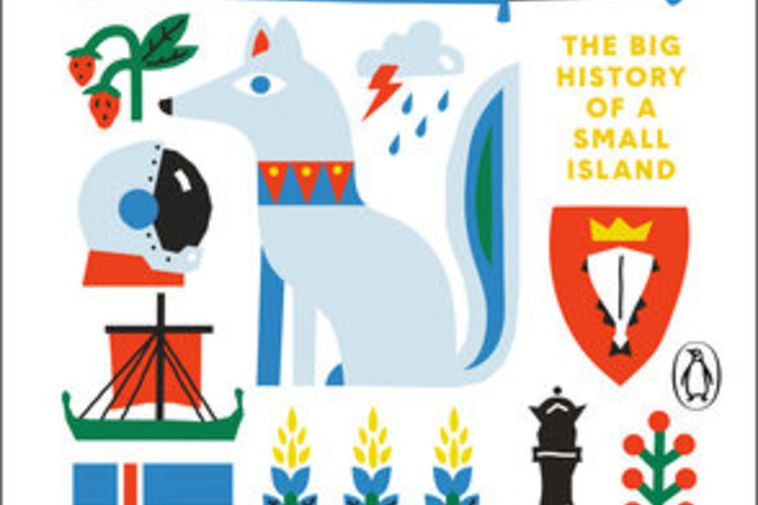 A new book by journalist and teacher Egill Bjarnason, How Iceland Changed the World: The Big History of a Small Island, has just been published by Penguin Books.

It is the untold story of how one tiny island in the middle of the Atlantic has shaped the world for centuries. The book was reviewed by The New York Times, where it was highly praised:

“What Egill Bjarnason sets out to explain in How Iceland Changed the World, his joyously peculiar book, is why it is also so full of farce and drive — why Iceland is a country with the soul of a very small town and yet can sometimes shut down the world. Bjarnason balances pride and realism so casually that you can almost take for granted a nation whose Parliament once voted to abolish the letter “z” (except in a few words such as “pizza”),” the review reads. You can read the full review here.

The history of Iceland began 1,200 years ago, when a frustrated Viking captain and his useless navigator ran aground in the middle of the North Atlantic. Suddenly, the island was no longer just a layover for the Arctic tern. Instead, it became a nation whose diplomats and musicians, sailors and soldiers, volcanoes and flowers, quietly altered the globe forever.

How Iceland Changed the World takes readers on a tour of history, showing them how Iceland played a pivotal role in events as diverse as the French Revolution, the Moon Landing, and the foundation of Israel. Again and again, one humble nation has found itself at the frontline of historic events, shaping the world as we know i, and the book paints a lively picture of just how it all happened.

Egill Bjarnason is an Icelandic journalist, based in Reykjavík. His work has appeared in New York Times, National Geographic, Associated Press, Al Jazeera Online, AJ+, Lonely Planet and Hakai Magazine. As a Fulbright Foreign Student grantee, he earned a Master’s degree in social documentation at the University of California, Santa Cruz, where he also worked as a teaching assistant in photography and statistics for two years.