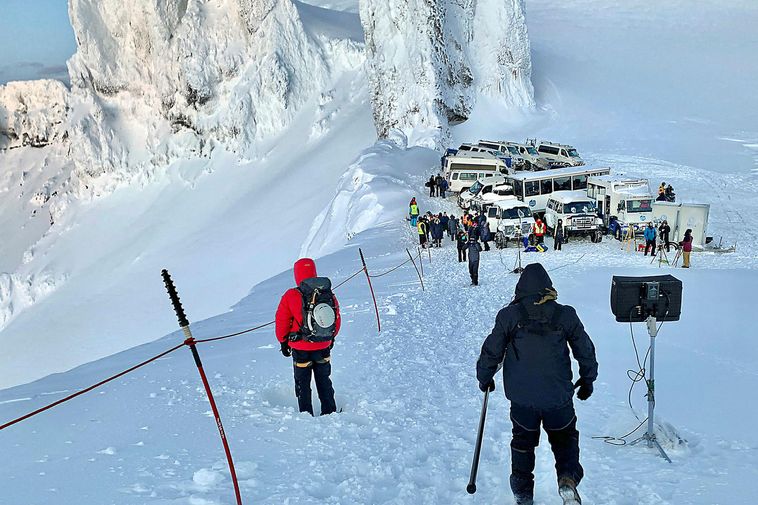 Icelandic contractors and international investors have shown interest in building a film studio in Iceland, Morgunblaðið reports. Leifur Björn Dagfinnsson, managing director of the film production company True North, states that such a project could substantially increase the country’s income from film production.

When asked about a potential location for a film studio, Leifur responds it would have to be in the capital area – no more than a 10-15 minute drive from the city center. He adds that the largest streaming services have looked at conditions here, which they find ideal in many ways.

“We’ve spoken to foreign parties interested in investing in these kinds of projects in Iceland,” he states. A few lots have been looked at, and to begin with, the size of the studio would preferably be around 6,000 m2 (64,600 sq ft), or twice the size of Reykjavík Studios. That way, larger projects could be worked on, or more than one at a time. The cost could run around ISK 1.5 billion (EUR 9.5 million; USD 11.6 million). In the long run, more studios would have to be built, he states.

Leifur believes the investment would be very profitable, creating numerous jobs. He explains that film studios in the UK and Ireland are booked up, creating demand for services in Iceland. In addition, the rate of reimbursement for foreign film production in Iceland will be increased from 25 to 35 percent, which is in line with the increasing rate of reimbursement in other European countries.

Leifur states that there is strong interest in Iceland. The country has beautiful film locations to offer, he notes, and a shorter travel time between hotels and a film studio than do most other countries.