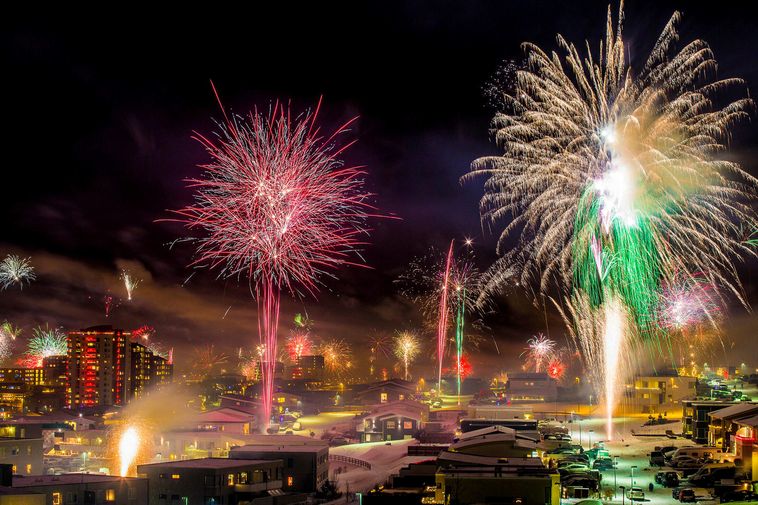 We, Icelanders, are famous for shooting fireworks on New Year’s Eve. The sale of fireworks happens to be the main fundraiser for Icelandic search and rescue teams. Calm winds are in the forecast for most of the country late tonight, making it likely that many fireworks will be shot.

If you live in Iceland, you probably know that for an hour before midnight, we will take a break from the loud and colorful spectacle.

During this hour, not a soul will be seen outside, not a car in the streets. The reason: everyone will be watching the Áramótaskaup, or New Year’s Eve comedy show.

This year’s Áramótaskaup, starts at 10:30 pm. It will be broadcast on the RÚV TV station.  A broadcast with English subtitles will be offered simultaneously on RÚV2 TV station. The show is available globally and can be watched through March 31 here.

Traditionally, the program sheds a comic light on the year’s news highlights.

As soon as the show is over, the fireworks will resume and reach a climax at midnight.