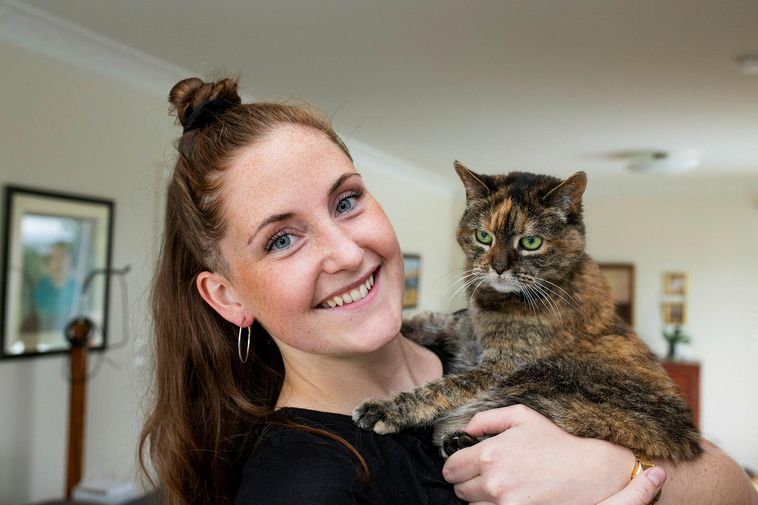 Þuríður Magnúsdóttir was seven years old when she met the cat Tófa: “Dad worked in the Reykjavik Park and Zoo [a petting zoo and amusement park operated by the city of Reykjavik since 1990] when they found her in the foxes' cage. Nobody knows how Tófa got there but it was lucky that the foxes didn‘t do her in. The workers at the park gave her shelter and that‘s when I saw Tófa for the first time, when I accompanied my father to work. I had been asking for a dog ever since I had learnt to speak and my parents realized an excellent opportunity had presented itself. One day, when I came home from school, they tricked me and insisted that I go to the bathroom to wash my hands. There little Tófa was waiting for me in her cage. Naturally I was very happy to get this surprise gift,” says Þuríður but “tófa” is one of several words in the Icelandic language for “fox”.

It has now been twenty years since Tófa found her forever home and she has enjoyed a life of pampering and comfort, the Morgunblaðið reports. She likes to sleep in bed with her owners and prefers to be covered by a blanket while she rests. Tófa insists on being the only pet in the house and isn‘t particularly fond of children. She also knows how to grab on to door handles when a closed door is blocking her way and has a habit of hugging her owners when being held in their arms.

Twenty years is far beyond the average life expectancy of a cat and Þuríður says that every day she is mindful that Tófa likely doesn‘t have much time left. “But she is healthy and just as playful as a kitten. We took her to a vet this year since she was making a weird meowing sound. They gave her an injection of vitamins and she got better but the people at the clinic thought she was twelve. Tófa carries her age with grace although she now needs help getting onto the sofa and uses a ladder to get into bed.”