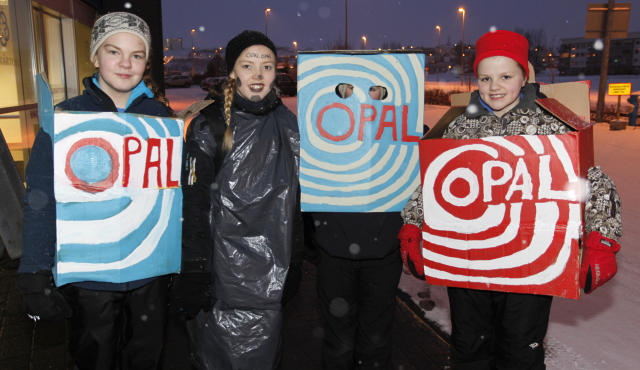 Icelandic children in costume on Ash Wednesday, dressed up as boxes of Opal liquorice. mbl.is/Skapti Hallgrímsson

Icelanders are serious fans of liquorice and some enjoy the taste so much that they add liquorice to ice cream, chocolate Easter eggs, cakes, sauces, and skyr. There was even a time when it was traditional for Icelandic youth to drink soda from a can through a tube of liquorice rather than use a straw.

The Opal liquorice pastilles from candy maker Nói Síríus have been a favourite with Icelanders for decades if not generations, originally available in three varieties referred to as: “Green”, “Red” and “Blue”, with different varieties added through the years. It came as a shock to many when it was announced in 2005 that production of Blue Opal had come to an end. Sources do not agree on why production came to a halt, with some claiming that a crucial ingredient had become unavailable, or that new regulations had greatly restricted the use of said ingredient in food production. And what was this irresistible ingredient that Icelandic liquorice lovers couldn´t get enough of? Why, chloroform of course – the same compound known to be a powerful anaesthetic, euphoriant and a sedative.

One fan of Blue Opal recalled in a 2016 interview how he, as a child, would enjoy shoving a handful of the pastilles in his mouth for a rush of chloroform that caused his vision to blur "and rockets to go off". 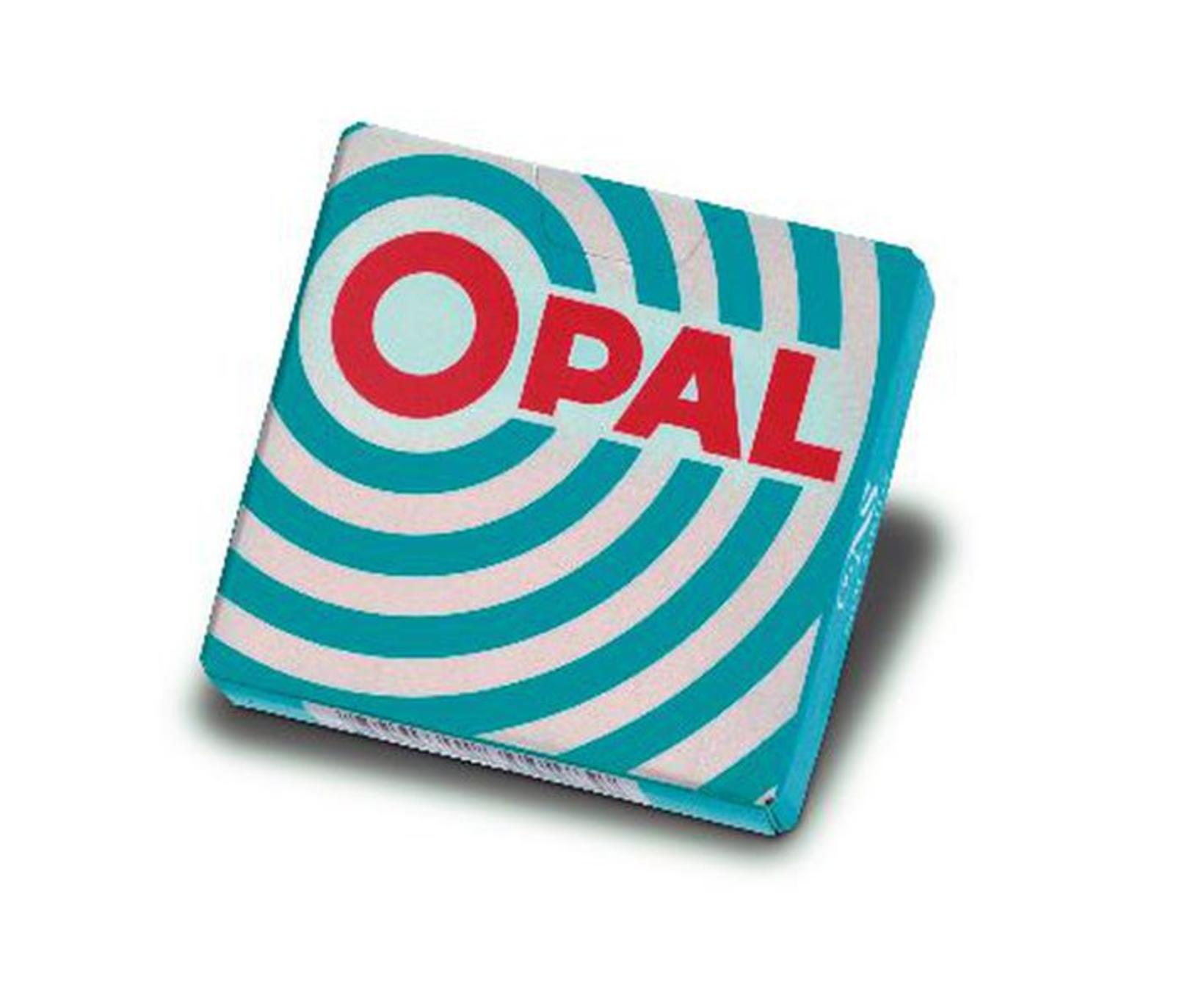 Chloroform gave Blue Opal a very distinctive taste and some report feeling a sort of "rush" from ingesting the compound.

This year Nói Síríus celebrates its 100 year anniversary with the production of limited quantities of candies that have not been available for decades. Among those was a batch of “icemint” Opal intended to imitate the flavour of Blue Opal and sold in similar blue-coloured boxes. In an interview with Mbl.is Silja Mist Sigurkarlsdóttir, director of marketing at Nói Síríus, admitted that the flavour isn’t exactly the same. "There’s a hint of the familiar flavour, but we can’t quite go all the way [with the recipe] due to the rules and restrictions now in place," she said.

Members of the Icelandic Facebook-group Nammitips! ("Candy tips") have been sharing amongst themselves information on where the limited-edition Opal is for sale, and many have included photos of shopping bags and baskets filled with dozens of boxes. Some may be hoarding the liquorice in hope of later selling the boxes for a handsome profit as it would  occasionally happen that an original box of Blue Opal would come up for sale, fetching a high price. Back in 2015 a set of four small boxes of Blue Opal was offered in an Icelandic Facebook group with bids starting at 15.000 kr, or about $100 if using today’s exchange rate. The contents of the boxes had passed their best before date in 2006. 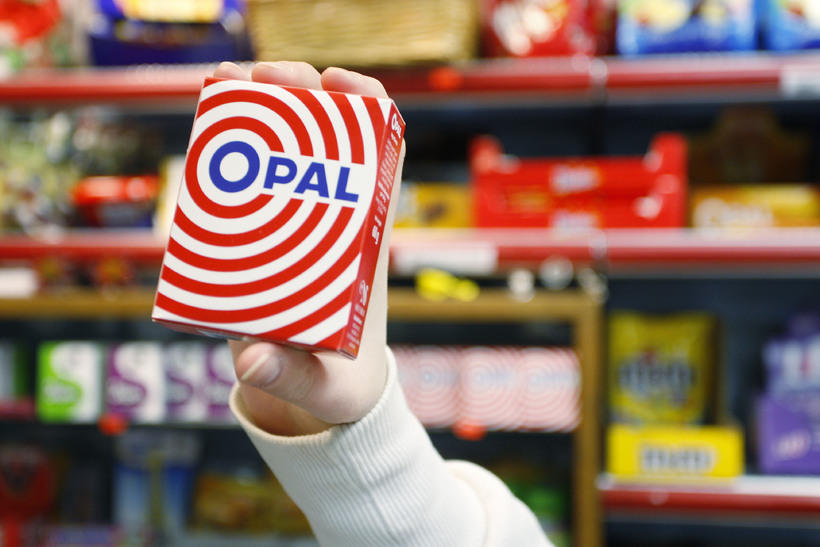 When visiting friends and relatives abroad Icelanders will often bring a box of Opal as a gift for a bit of the "taste of home". Photo: Friðrik Tryggvason