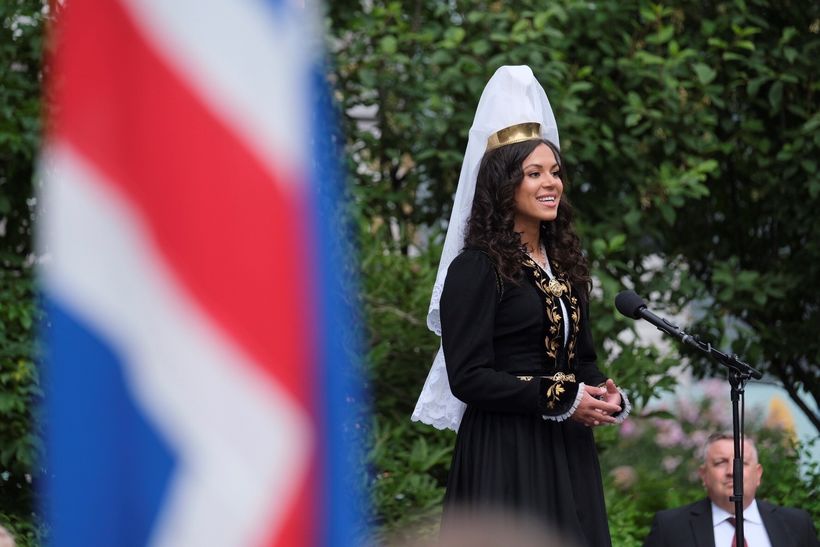 Fjallkonan - the Lady of the Mountains - addresses the public a year ago. mbl.is/Kristinn Magnússon

Today is the National Day of Iceland, celebrated to commemorate the foundation of the Republic of Iceland on June 17, 1944.

Jón Sigurðsson (1811-1879), the leader of Iceland’s independence movement in the 19 th century was born June 17, and it was in his honor that this day was chosen to be country’s National Day.

This year’s celebrations are marked by the special circumstances created by the COVID-19 pandemic. Since Monday, a maximum of 500 people are allowed to gather in Iceland.

Normally, there would be major festivities and a parade in downtown Reykjavík, but this year, celebrations are limited to pop-up events all around the city, some of which include brass bands. 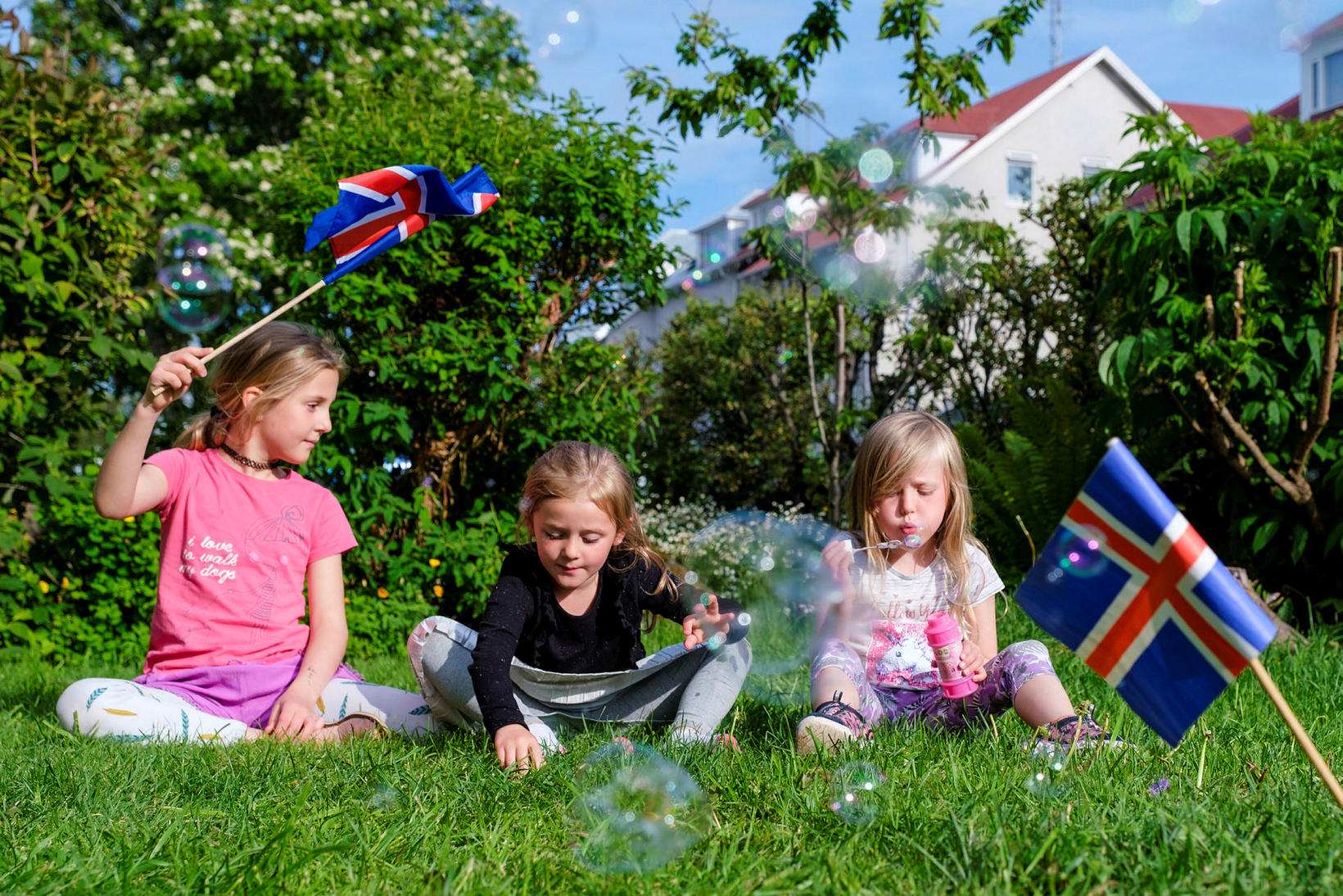 Residents are encouraged to celebrate the holiday with family and friends and to decorate their homes with flags, to be counted by passers-by.

Traditional National Day celebrations will be broadcast live on RÚV, the national broadcasting station, starting at 11 am. These include an address by the so-called ‘Lady of the Mountains,’ or fjallkonan - most often a well-known actress, dressed in the national costume and symbolizing Iceland.

Reykjavík street food will be on offer in Klambratún park in the afternoon. 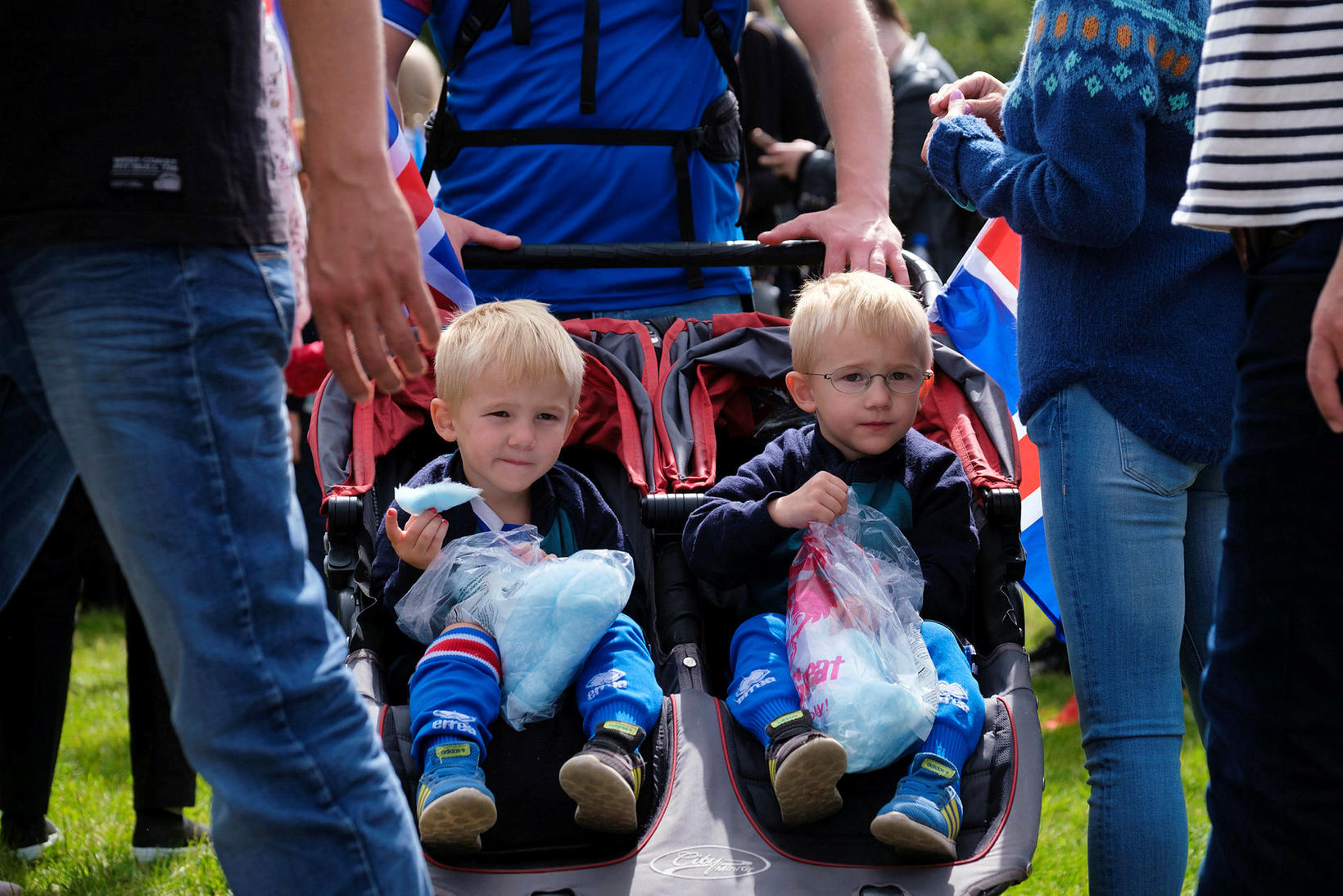 At Árbær Open Air Museum, the Icelandic national costume will be in the spotlight. Admission will be free for those wearing a national costume. Traditional Icelandic ‘lummur’ (small pancakes) will be served, and yarn will be spun the traditional way. At 1 pm, members of the Classic Car Club of Iceland will present an exhibition of vintage cars.

Iceland Monitor wishes you a happy 17th of June.