It has become increasingly popular to begin the year in Iceland by dressing up and going swimming in the cold ocean. About 300 people showed up for the annual New Year’s Day sea swimming event of the Reykjavík Association of Sea Swimmers on Nauthólsvík beach yesterday, mbl.is reports. This was the 14 th time for the event to be held. 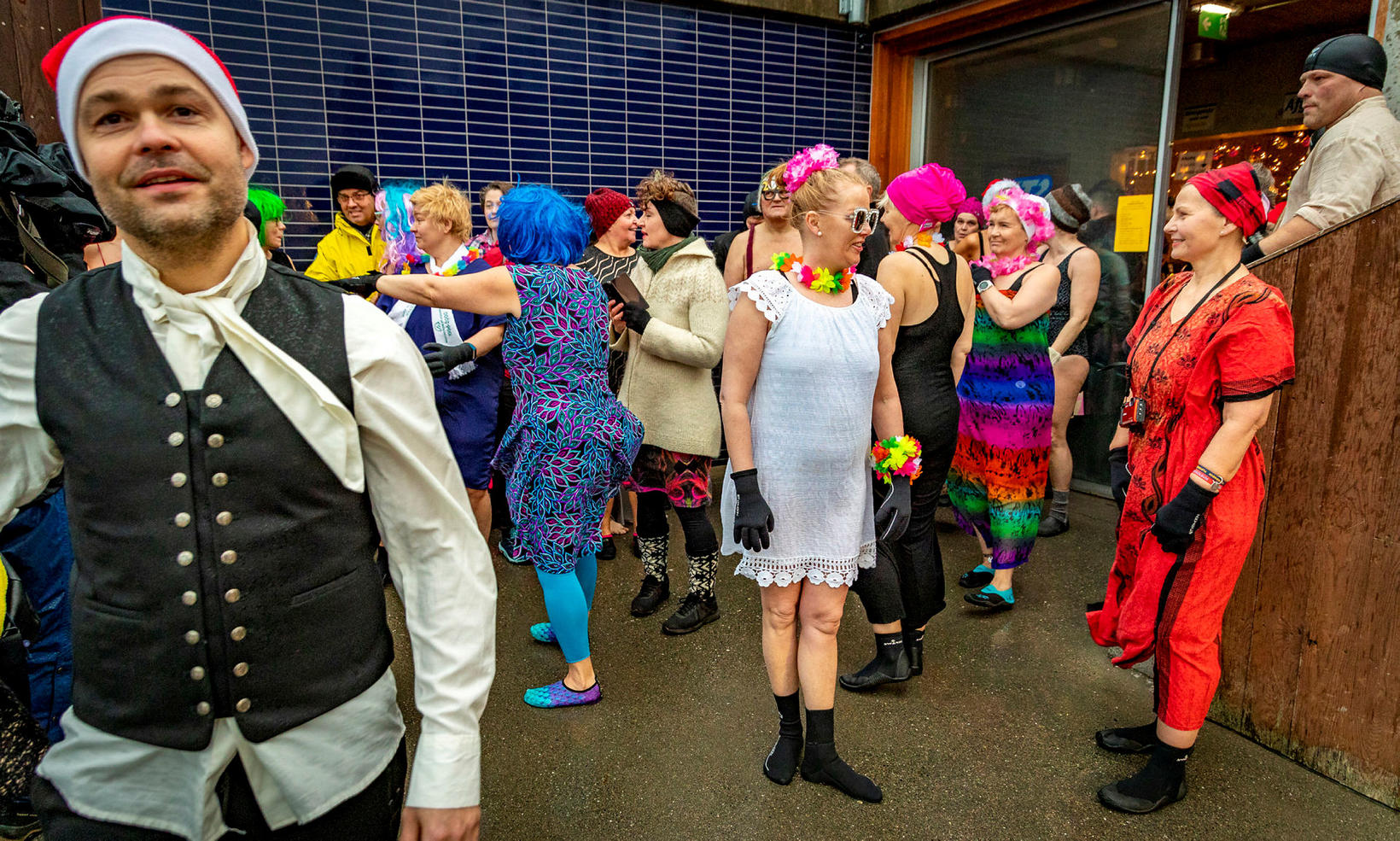 “We weren’t expecting this many people, due to weather,” Ragnheiður Valgarðsdóttir tells mbl.is . It was windy and rainy in the capital area. “The atmosphere was great and this has become a well-known event,” she adds. 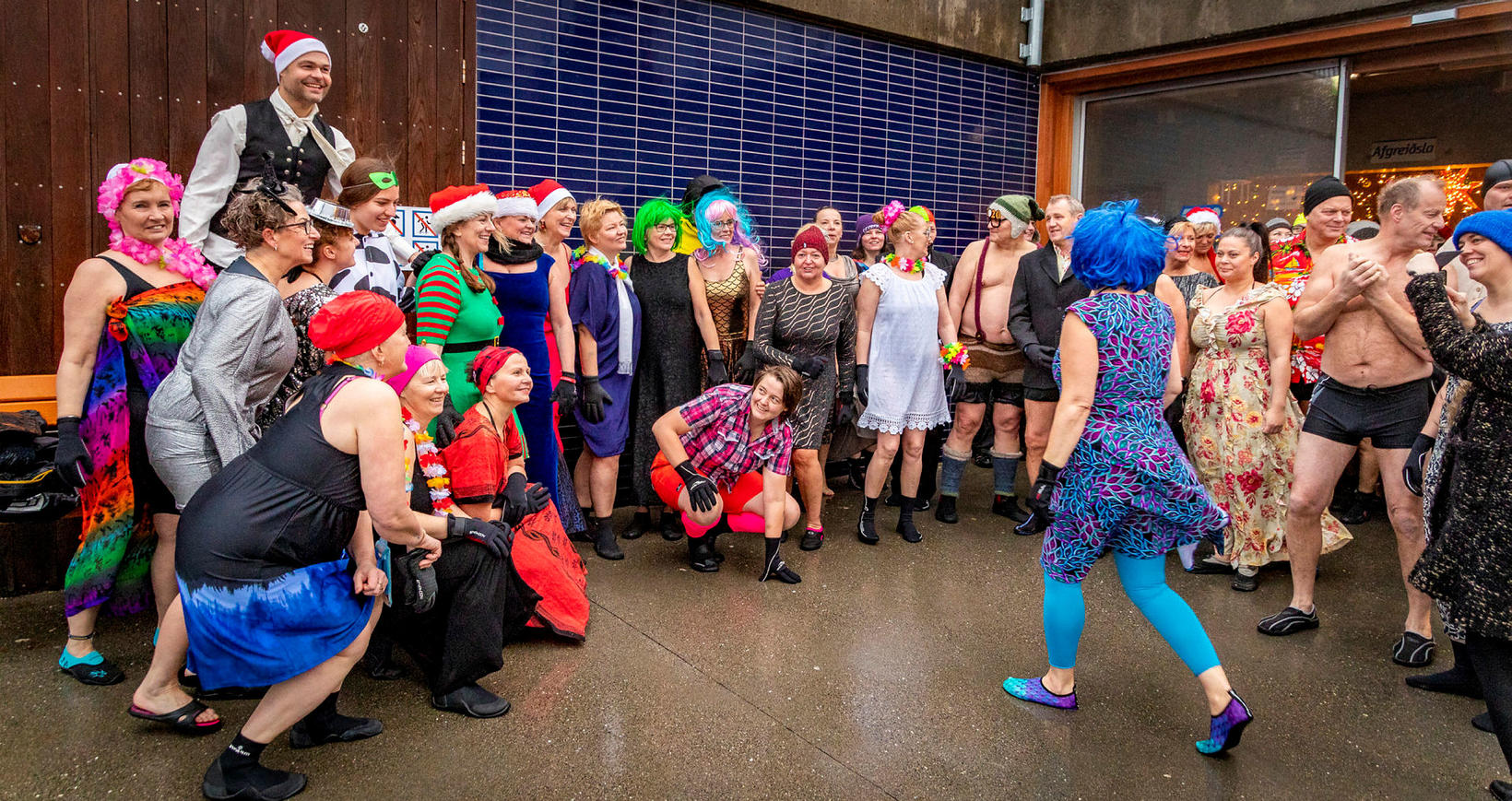 “The ocean temperature was about 2 °C (35.6 °F),” Ragnheiður explains. “Surprisingly many showed up. We saw so many new faces among them, including tourists, so the word is clearly spreading.” 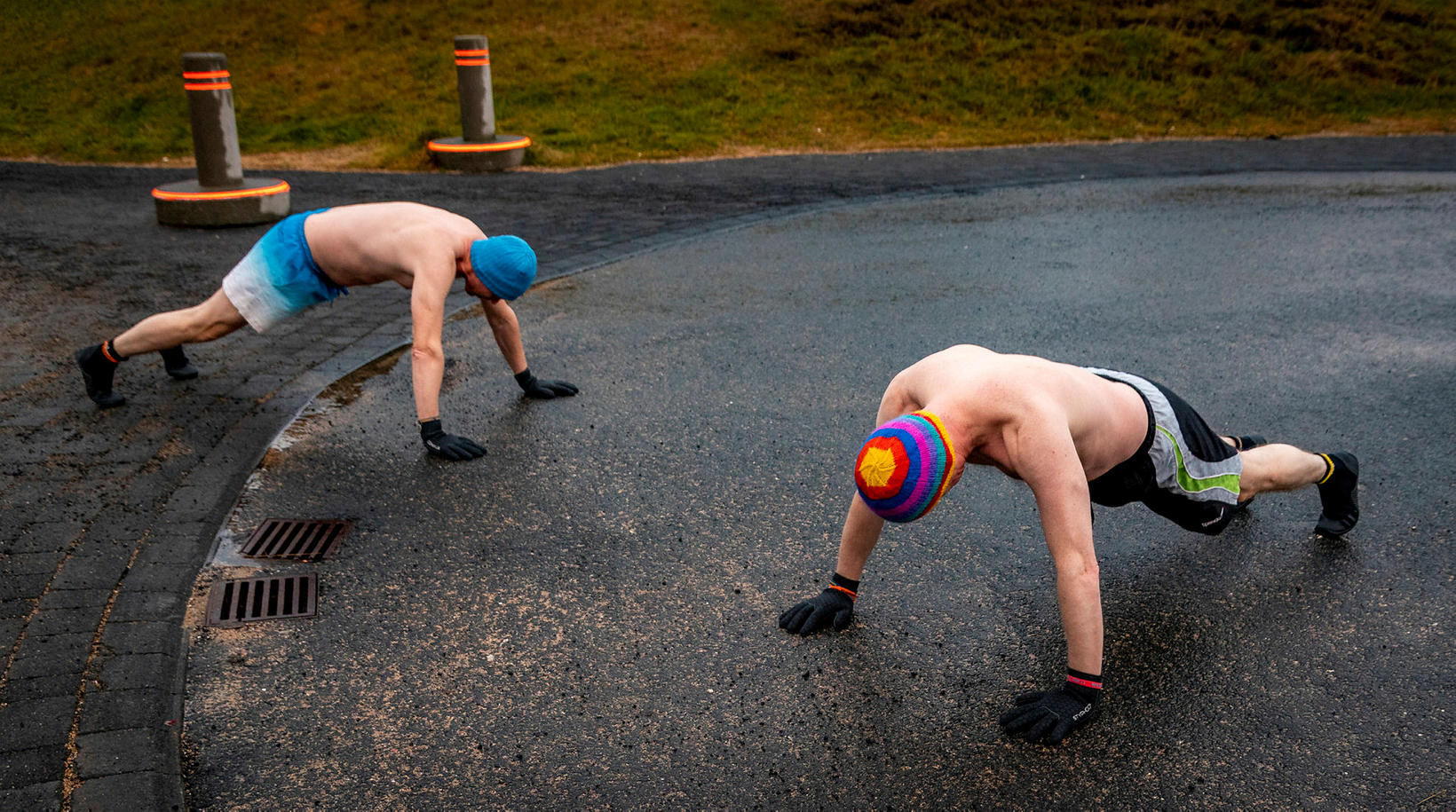 Doing all they can to stay warm. mbl.is/Árni Sæberg

Participants traditionally come dressed up, as you can see in the accompanying pictures. The Reykjavík Association of Sea Swimmers was founded on New Year’s Day, ten years ago. “At the time, this was a tiny group of people, who got together to go swimming in the ocean,” Ragnheiður relates. “[The popularity of] sea swimming has grown amazingly during these ten years. We’re going to celebrate the anniversary later in January.” 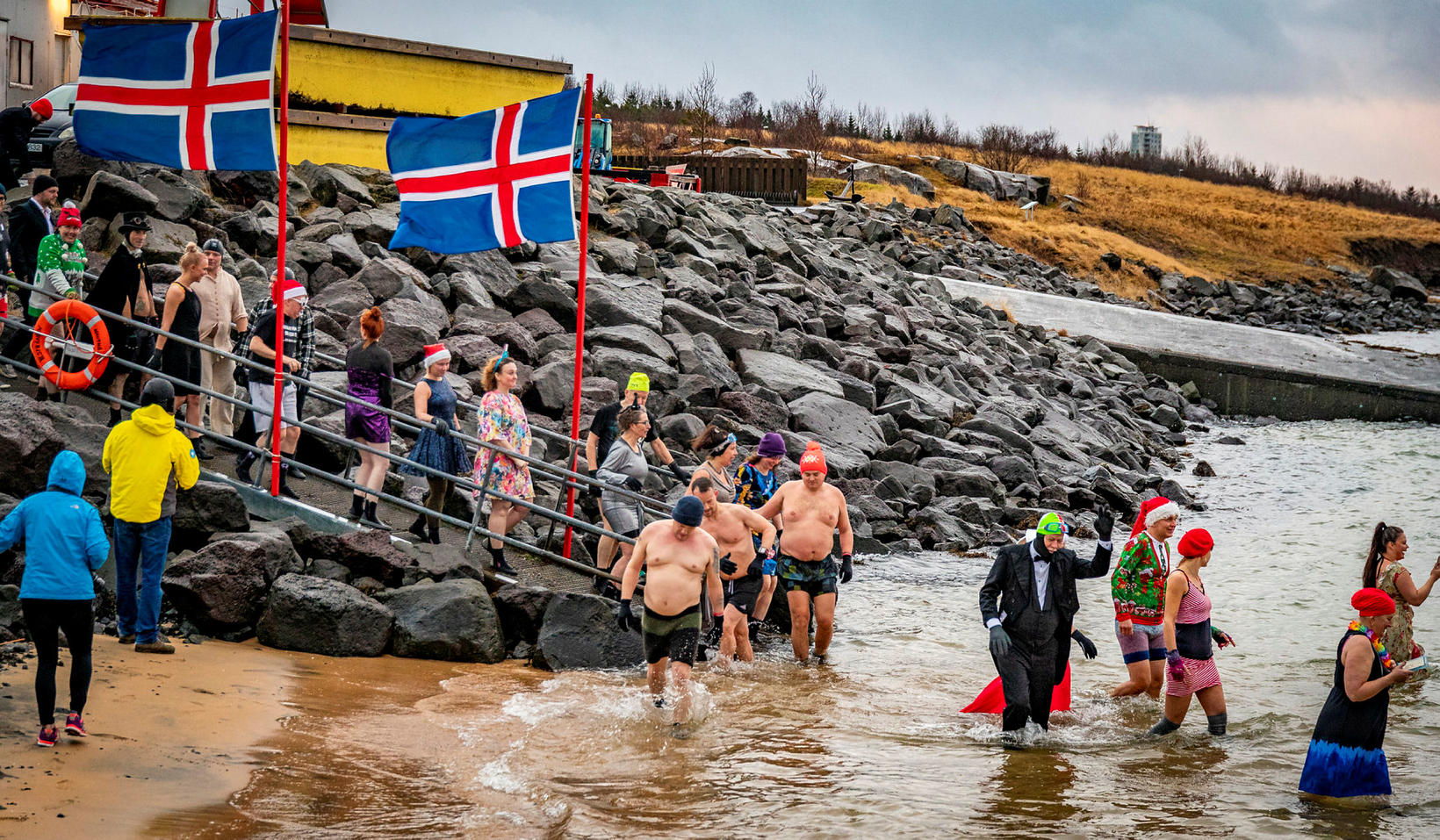 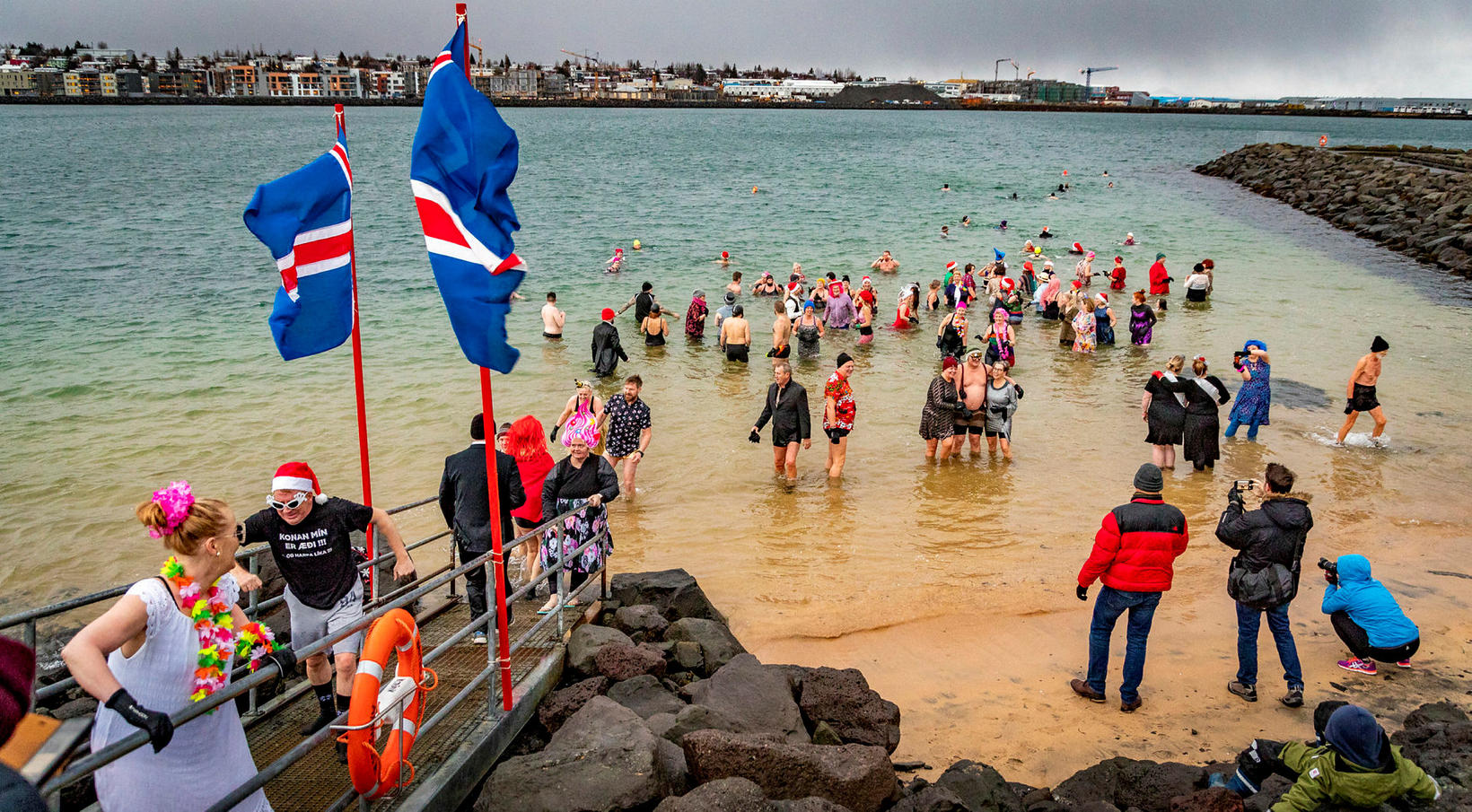