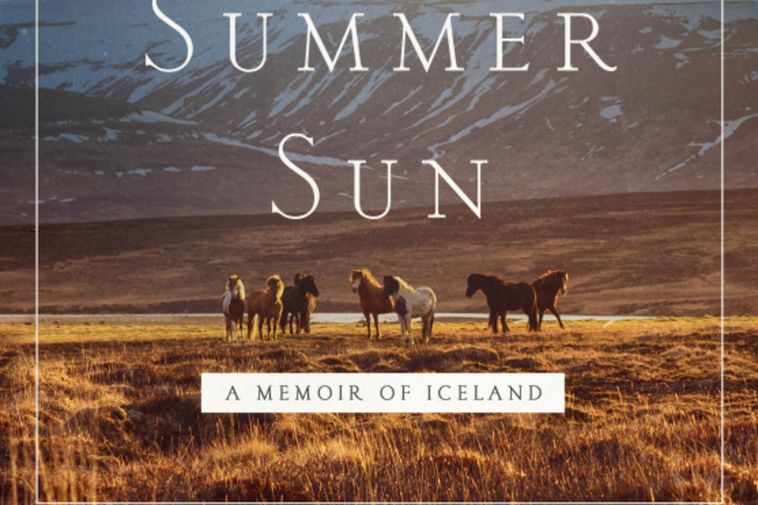 The setting is Iceland and the Icelandic horse plays an important role in a new book, titled Wild Horses of the Summer Sun, by Tory Bilski.

“The book is a memoir,” Bilski explains, “a chronicle of my yearly trips to Iceland for the last 15 years, where for one week in June I would join up with a group of women to ride horses in northern Iceland. It’s about our adventures on the horses and off, our friendships, and it’s about Iceland itself, as we watch it go through so many changes over the years.”

How did the idea for the book come about?

“I started an experiential travel blog in 2012 about my travels to Iceland. The blog grew and I got a lot of responses from people all over the world - readers were connecting to it. A few years later, I proposed it as a book to an agent who soon sold it Pegasus Books (New York).  It’s also being published by Murdoch Books in the UK Commonwealth, by Buchendecker (Random House Germany), and by Ambo Anthos in the Netherlands.”

What sparked your interest in Iceland?

“One day at work, idly Googling around, I discovered an Icelandic horse site. Always a horse lover, I started reading up on the horse and the country, until it became a driving desire – I had to go to Iceland to ride horses.

I signed up with an Equitour outfitter for my first trip in 2001.  We rode for full seven days and it was challenging – beyond my riding ability, but it didn’t deter me. If anything, I couldn’t wait to go back.  A couple of years later I met a group of American women who were going to a horse farm in northern Iceland, and I was fortunately invited to join them.  And with this core group of women I traveled to the same horse farm every June, and it became so important to us, our yearly horse sabbatical.”

While this is Bilski’s first published book, she has previously written short stories and articles for newspapers and magazines. She works at Yale University and holds a master’s degree in liberal studies from Wesleyan University.

Iceland at the Gothenburg Book Fair