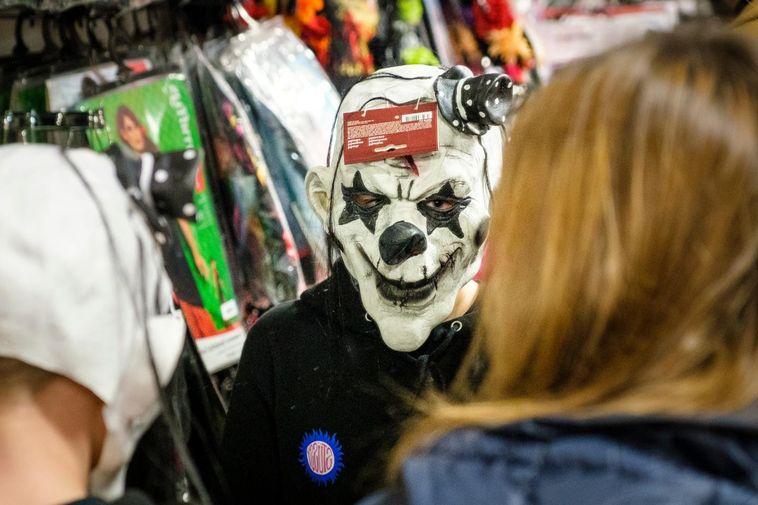 Halloween will be celebrated in Iceland tonight. Its visibility and popularity has been growing exponentially in Icelandic society in recent years.

For the past few days, there have been long lines at stores selling Halloween costumes, and it has become increasingly popular to carve pumpkins for Jack-o’-lanterns in preparation for the celebration. Dances and parties are held where people, young and old, dress up in costumes. Many work places even set up decorations in anticipation of Halloween, and children will be going trick-or-treating tonight.

It seems logical at a time when the days are getting shorter to welcome a tradition that adds color and excitement to our existence. For one night, the celebration allows us to escape our mundane reality and become whoever we dream of being, by dressing up in a costume of our own choice.

“This winter celebration has become more and more prominent in the form of Halloween for the past decade or two,” Kristinn Helgi Magnússon Schram, associate professor of ethnology at the University of Iceland, tells Morgunblaðið. “Surely, there is influence from abroad. In olden days, this celebration used to be called Winter Nights. It included autumn festivals, where people gathered. Weddings were commonly held at this time.”

Kristinn explains that Halloween has its roots in Celtic tradition and was brought to the United States by the Celtic nations.

He states that what prepared the ground for Halloween’s popularity in Iceland was influence from the US and the UK through cultural material, such as movies and TV programs. “That’s how we become acquainted with Halloween, as it is celebrated out west. Subsequently, merchants enthusiastically take advantage of this.

“In olden days, people used to appease supernatural beings with food donations at this time of year,” Kristján adds, and states that possibly that explains the origin of the trick or treat tradition, where children walk from house to house, asking for candy.