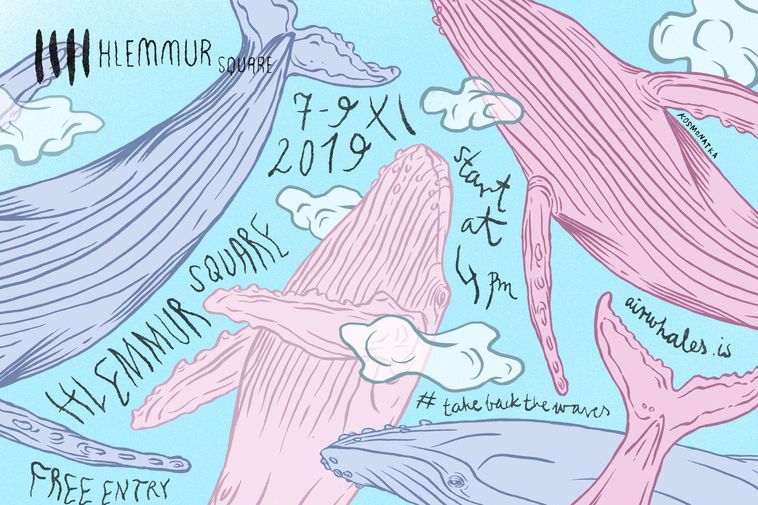 A new mini music festival, Airwhales, is planned for November 7-9 at Hlemmur square, Reykjavík, according to a press release.

Organizers promise to bring together talented artists from Reykjavík, as well as from other areas of the country.

The name for the festival was inspired by the way whales travel: they do so in pods, encouraging everyone to take part in the journey, and they take care of one another. Organizers of the event state they share those goals.

“We believe in the local music scene(s) and array of artists here, and we believe they should have an independent stage to swim with. To make a splash on the international crowds and industry. To share in the success and build bridges across the sea, internationally. AIRWHALES belongs to everyone … That’s why we’re taking back the waves,” the press release states.

“It’s a cause, but it’s also about heart. A curated line-up of more than 20 artists, DJs and [c]ollaborators [for] over 3 days in November (including Jelena Ćirić, Gugusar, Skauti & MSEA), competing with the biggest festivals on-land in Iceland. Nobody left behind or swept aside by bigger waves,” the statement continues.

The festival is scheduled from 4 pm till late all three days. It is planned the same days as the popular Iceland Airwaves music festival.