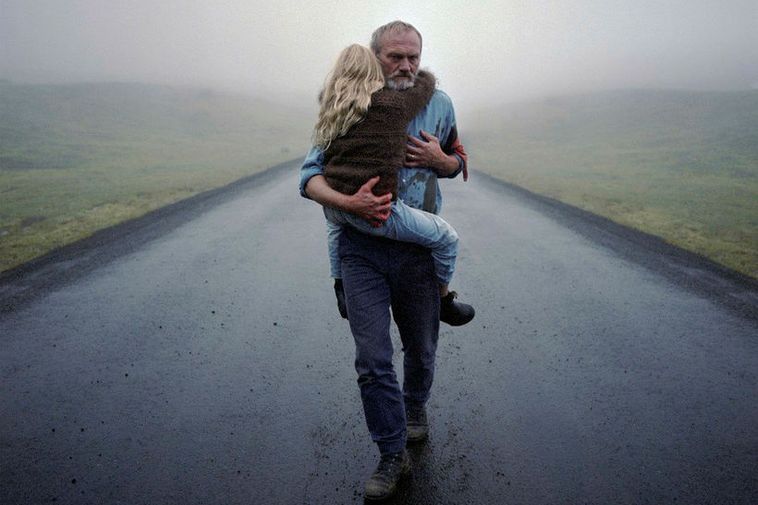 A scene from A White, White Day.
Vala Hafstað
vala@mbl.is

This was a good week for A White White Day. The Icelandic film (Hvítur, hvítur dagur), directed and written by Hlynur Pálmason, was nominated Tuesday for the Nordic Council Film Prize. The news came a day after it was announced that it is among 46 feature films recommended for a nomination for this year’s European Film Awards, to be held in Berlin in December.

The film will premiere in Iceland on September 6.

Five films are nominated for the Nordic Council Film Prize, mbl.is reports. The other four are Dronningen, by Danish director May el-Toukhy, Aurora, by Finnish director Miia Tervo, Blindsone, by Norwegian director Tuva Novotny and Rekonstruktion Utøya, by Swedish director Carl Javér. The winner will be announced October 29.

In the coming weeks, the more than 3,600 members of the European Film Academy will vote on what films, actors, directors, etc., will be nominated for the European Film Awards. The nominations will be announced at the Seville European Film Festival in Spain, November 9. The winners will then be presented in Berlin on December 7.

A White White Day will be screened at the Toronto International Film Festival September 5-15, in the category Contemporary World Cinema.

In the film, Ingvar E. Sigurðsson plays the role of Chief of Police Ingimundur, who has been on leave since the accidental death of his wife. In his bereavement, he focuses on building a house for his daughter and granddaughter, until his attention is focused on a man he suspects of having had an affair with his wife. Soon, his suspicion develops into an obsession, leading him to extreme actions, which unavoidably endanger those who are closest to him. This is a story about sorrow, revenge and unconditional love.

In July, the film received the main award of the 22nd Motovun Film Festival in Croatia Saturday. Its world premiere was at the Cannes Film Festival Critics’ Week in May, where Ingvar received the Louis Roederer Foundation Rising Star Award for his performance.

In June, Ingvar received the Best Actor Award for his performance in the film at the Transylvania International Film Festival in Romania.