New Film from Director of ‘Rams’ 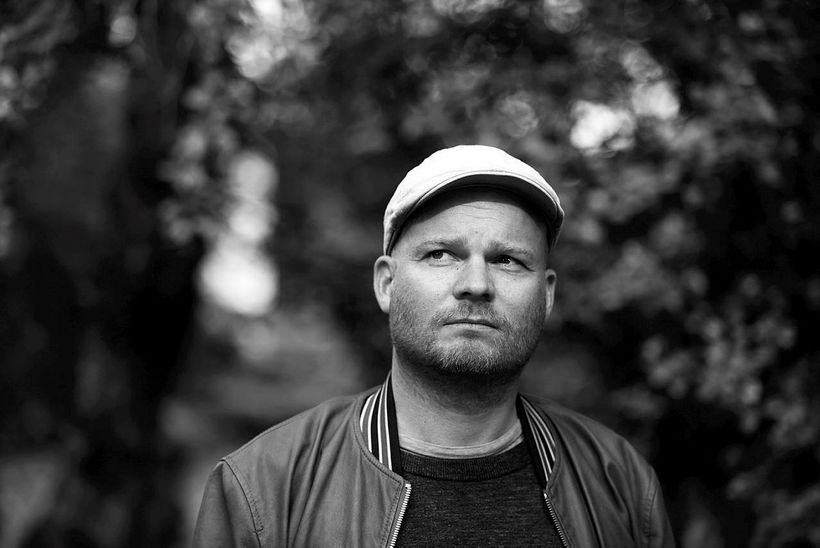 A new Icelandic film, Héraðið ( The County ), premiered in Iceland on Wednesday. Its director is Grímur Hákonarson, whose 2015 film Hrútar ( Rams ) enjoyed worldwide success and won several awards, including the Prize of Un Certain Regard at the Cannes Film Festival.

The County is about a middle-aged female cattle-farmer, who revolts against the local coop. It was shot at the farm Erpsstaðir in the Dalir region, West Iceland, and in Hvammstangi, Northwest Iceland. 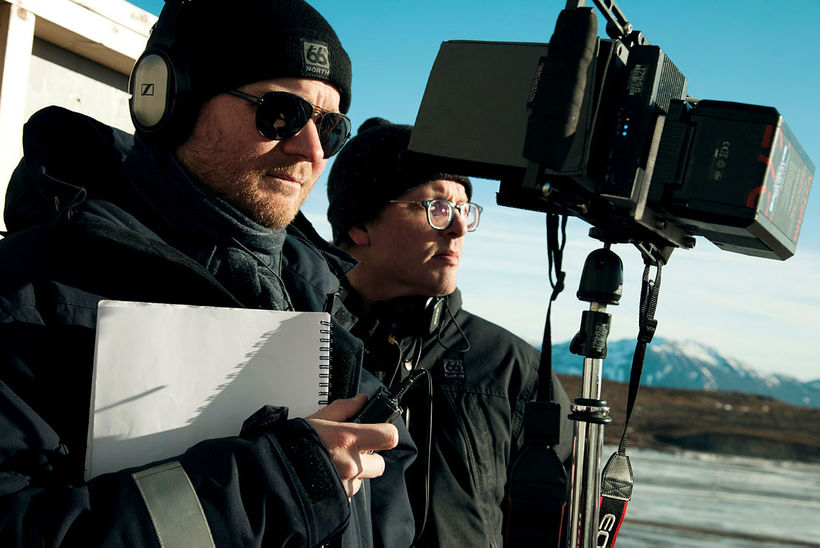 Morgunblaðið journalist Ásdís Ásgeirsdóttir interviewed Grímur and asked him about the film.

“I’d call the film a political drama, but humor has always accompanied me, as a director,” Grímur states.

In The County , there is a strong political undertone, he remarks. “ The County is about a family who invests in a robotic cowshed, resulting in a huge financial debt. A coop in the area saves her family from bankruptcy but, consequently, the family becomes dependent on the coop.”

Grímur has always been interested in the Progressive Party, coops and politics in rural areas. “The script is partly based on true stories from Skagafjörður fjord, where there is a powerful coop,” he states. 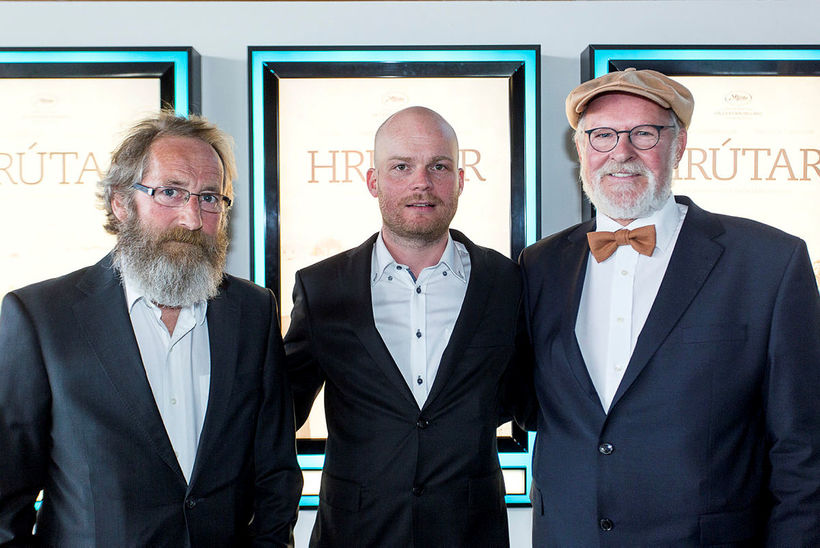 He describes Inga, whose role is played by Arndís Hrönn Egilsdóttir, as a strong, modern female farmer.

“I’m a socialist and I empathize with the underdogs [in society],” he explains. “ My films generally deal with people on the margin of society, who suffer injustice or who are threatened by powerful people. Like Inga in The County .”

“Inga is meant to be a personification of the new Iceland people spoke of following the financial crisis [in 2008], but never realized. She is fighting for democracy, the decentralization of power, [and] freedom. There is monopoly here in many areas, preferential treatment for those with connections, suppression and corruption. The Count y is just a miniature version of Iceland.” 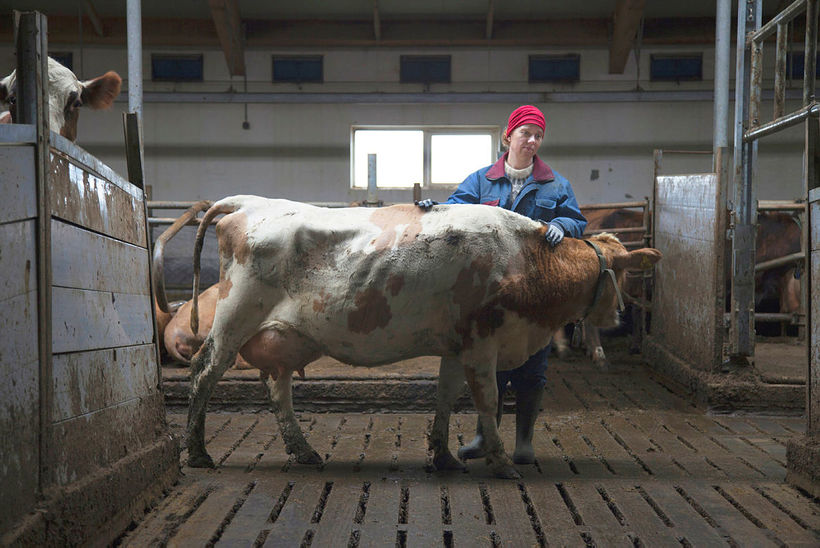 The success of his film Rams opened many doors to Grímur. He was, for example, approached by producers, who asked him to make a film in English. In the interview, Grímur speaks publicly of that film for the first time.

“It is called The Fence , and I’ve been working on the script for three years with script writer Shanes Danielsen. It takes place in the US and tells the story of two families, who live next to each other in a suburb. In one of the houses, there lives a young, leftist couple and in the other, an elderly, conservative couple. A conflict arises when the old couple decides to build a huge fence around their house. The film is about the situation in the US today, about fear and polarization.” 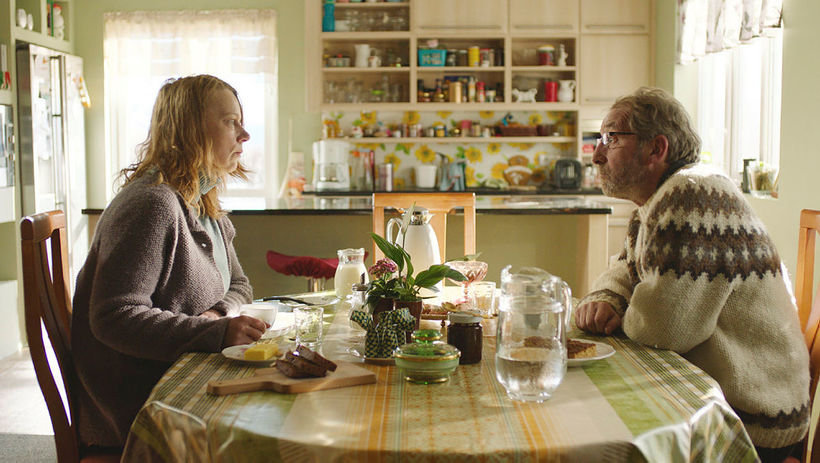 Arndís Hrönn, as Inga, and Sigurður Sigurjónsson, as coop director Eyjólfur, in a scene from The County.

Grímur states that the film will be produced by an Irish company called Element Pictures. Among its previous productions are The Favourite and Room , both of which received Oscar nominations. “A few famous actors are reviewing the script,” Grímur reveals, without providing further details.