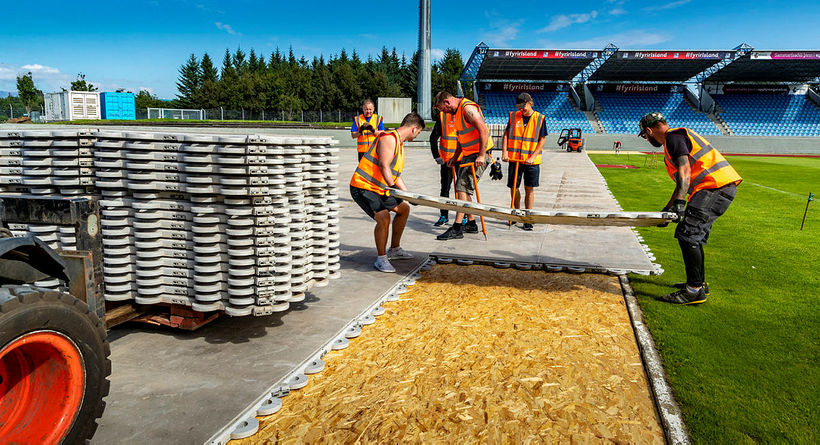 The stage being prepared. mbl.is/Árni Sæberg

Fifty-five containers of equipment, including lights, a sound system and a stage, are coming to Iceland with Ed Sheeran for this weekend’s concerts. The 55 containers weigh more than 1,500 tons.

Preparations for the concerts are in full swing. The English singer/songwriter will perform at Laugardalsvöllur arena in Reykjavík Saturday and Sunday.

“Work began on Monday [last week], when we started putting up fences, receiving containers and such,” Ísleifur B. Þórhallsson, CEO of Sena Live, which organizes the events, tells Morgunblaðið , “Everything is in full swing. This brings us to a whole new level, in terms of extent and scale.” 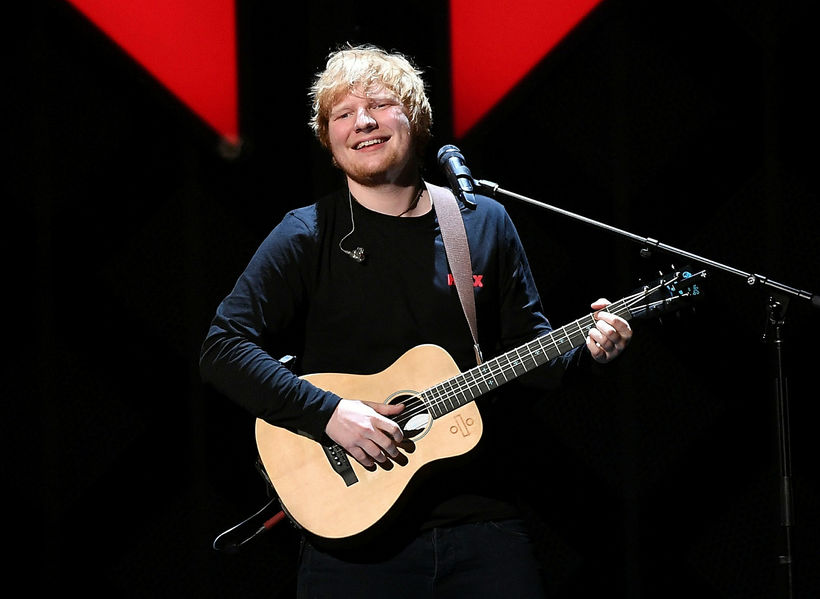 “We thought it was a lot when Justin Timberlake brought five containers and Justin Bieber nine,” Ísleifur admits, referring to previous large concerts, held in the capital region.

“These are by far the biggest concerts ever held in Iceland. By far. They fly in all their equipment. They move sound, stage and lights from abroad,” he explains. “This is the large stage he uses for major concerts abroad. They’re just bringing it to Iceland, which is amazing.”

Foreign preparation teams arrived over the weekend. “The parking lot is filling up with containers, and there is work being done everywhere,” Ísleifur states.

According to Morgunblaðið , Ed Sheeran is expected to arrive in Iceland a few days prior to the concerts. He is reported to be excited about coming and plans to enjoy the country, of which he is very fond, for a few days before showing up at Laugardalsvöllur arena.

Tickets for Saturday’s event sold out quickly, but some tickets are still available for Sunday.

Sena Live reports that a national record in ticket sales was set leading up to the concerts. Altogether, 60,000 tickets were on offer – 30,000 for each concert.

A special Ed Sheeran store opened in Kringlan shopping center on July 18, where fans can pick up their tickets and purchase Ed Sheeran merchandise.

Ed Sheeran Store to Open Prior to Concerts