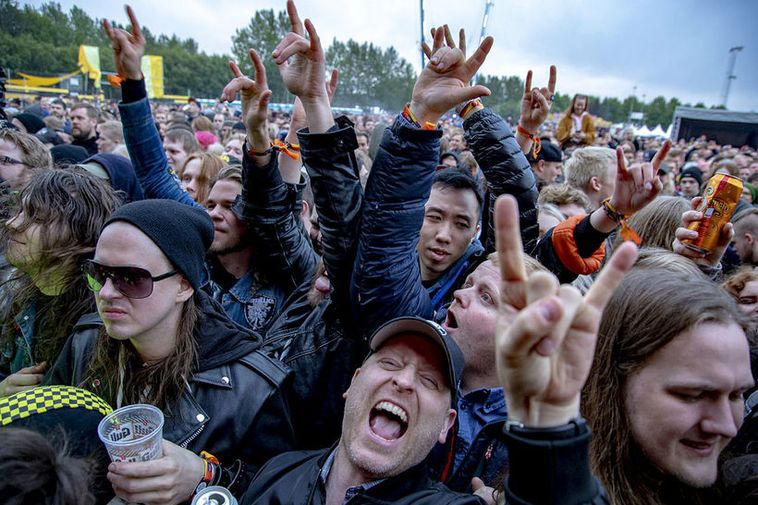 Preparations are underway for the Secret Solstice music festival, which opens tomorrow, Friday, in Laugardalur, Reykjavík, and runs through Sunday.

Jón Bjarni Steinarsson, media representative for the festival, reports that ticket sales are comparable to those of last year. “The bulk of ticket sales takes place the last two days prior to the festival and once the festival has begun,” he tells mbl.is. “Sales are similar to last year, but the weather forecast is a lot better, so we expect the mood to be great [in Laugardalur].”

He reports that tickets are cheaper than last year and that efforts have been made to meet the needs of families.

“This year’s ticket costs ISK 19,900 [USD 158, EUR 140], while it cost ISK 24,900 last year, and this year, admission is free for kids aged 12 and younger, whereas last year ten-year-olds and younger were admitted for free. We also have a special teenage pass for 13 to 17-year-olds. Also new this year is the option of purchasing a day pass every day.”

There have been some changes to the line-up. Singer Rita Ora and DJ Martin Garrix won’t be appearing, as scheduled, but they’ve been replaced by Pusha T and Jonas Blue.

Complaints by neighbors over festival guests’ intoxication and noise have been met, and Jón expects all to go smoothly this year.

Rules regarding how you can enter the festival area have been tightened. “Your ID must match you ticket and those under the age of 18 must be in the company of their parents when they receive their wristband.”

The festival is shorter than last year and late-night acts have been scheduled downtown to minimize noise in the Laugardalur neighborhood.

Tickets can be purchased here.