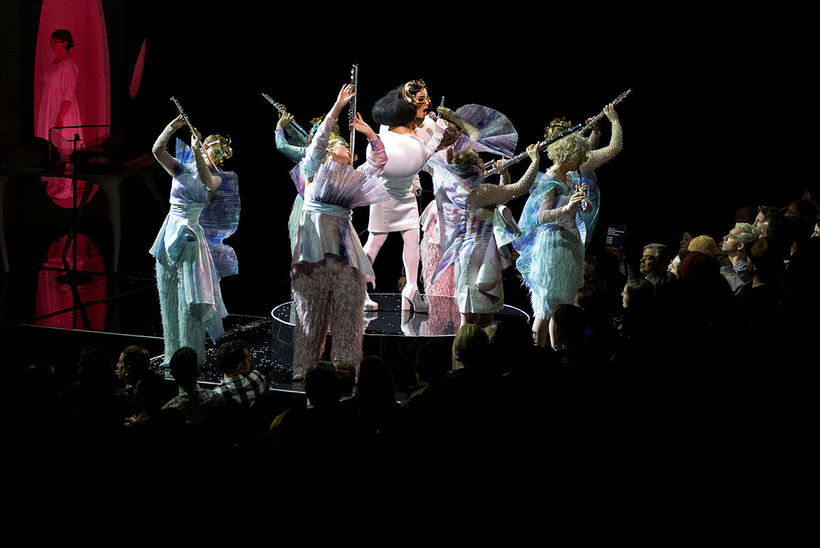 Björk on stage at the Shed, along with the flute septet Viibra. Photo/Santiago Felipe

“I feel like I’m still making pop music, but with an extension in every direction,” Icelandic singer-songwriter Björk tells Morgunblaðið journalist Einar Falur Ingólfsson . She just completed a series of concerts in the Shed cultural center in New York City.

Björk gave eight concerts at the new cultural center May 6-June 1, which she called Cornucopia. The Shed called it her most elaborate staged concert to date.

The concerts were highly praised by US critics. One critic called the performance “the wildest visual display in a concert that I’ve ever seen.”

The concerts included digital and theatrical collaborators, instrumentalists and vocalists.

“An amazing spectacle, a feast for the eyes as well as the ears,” writes Einar Falur in Morgunblaðið. 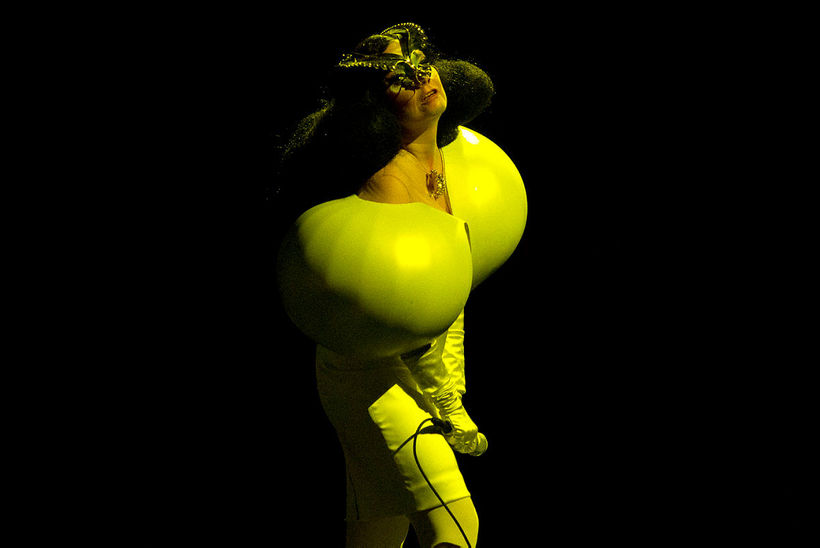 Björk, on stage at the Shed. Photo/ Santiago Felipe

“I still find the music video one of the best methods for expression that human beings have invented,” Björk states, “and one of the most exciting things I do is finding visual language to the music. It’s like solving a criminal case, finding the color palette, various texture, whether it’s a close-up and narrative that looks the listener in the eye, or more distant.

The 52-member Hamrahlíðarkórinn choir from Hamrahlíð Junior College in Reykjavík traveled to New York, supported by the Icelandic State, to take part in the performance, as did the Icelandic flute septet Viibra.

“Although we’ve tried to keep the energy in the vocal theater and the setting polished and futuristic, then the energy of the musicians has to be very raw and ‘Icelandic,’” Björk explains.

Cornucopia will be on stage in Mexico City in August. From now on, Björk expects to include local choirs in the performance, since traveling with the Hamrahlíðarkór to Mexico will be too expensive.