Ragnar Kjartansson’s Work at the Met 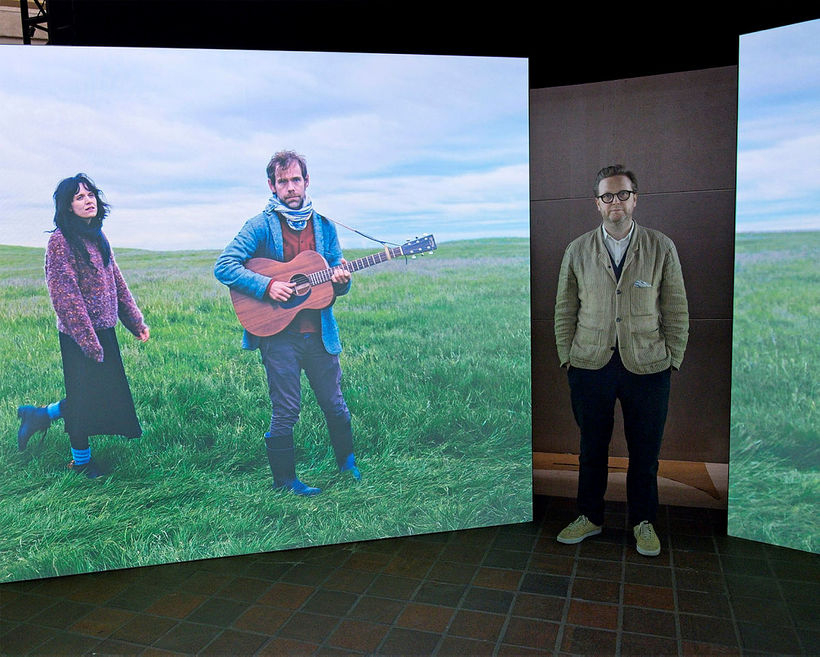 Ragnar Kjartansson at the Metropolitan Museum of Art. Morgunblaðið//Einar Falur

Its premier marks the beginning of the museum’s increased emphasis on exhibiting contemporary art in its main building.

This new work, called Death Is Elsewhere , is 77 minutes long, shot in the field of the farm Nes in Skaftártunga, South Iceland, surrounded by stunning landscape. It was filmed around midnight the summer before last. 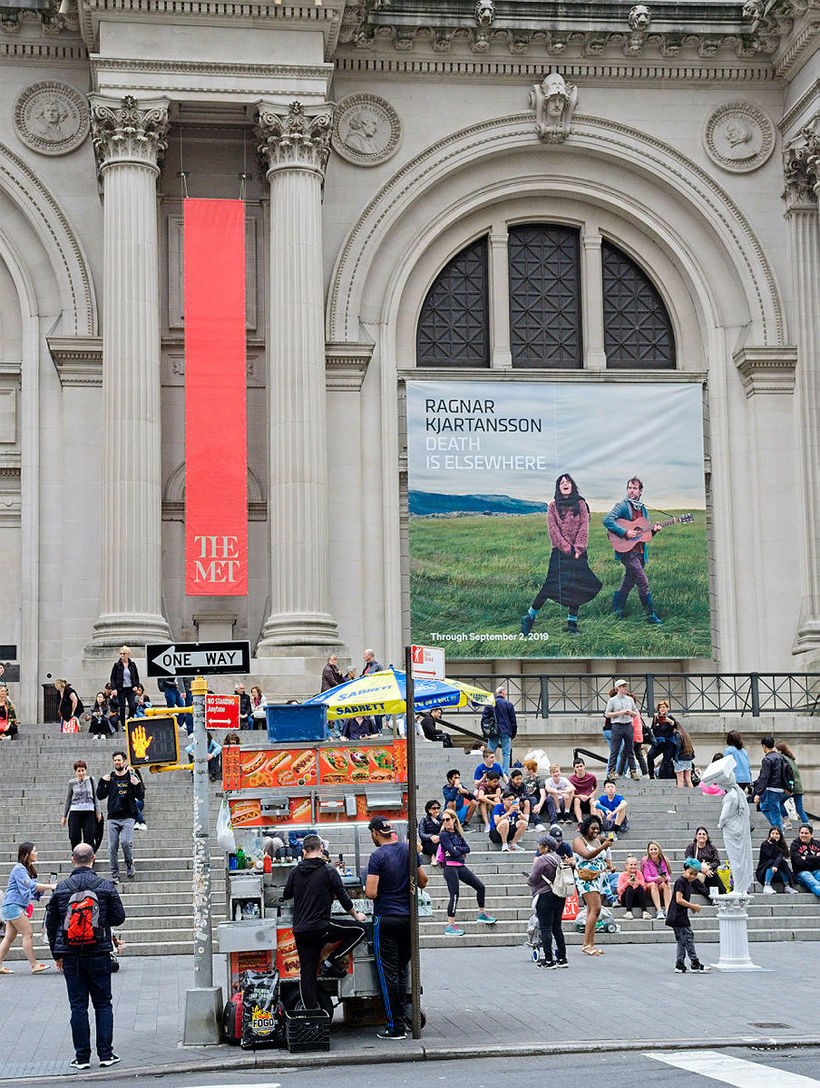 On its website , the Met introduces Ragnar as “[o]ne of the most prominent performance and video artists of his generation, well known for work in which he employs repetition over sustained periods. Death Is Elsewhere is the most recent in a series of performance-based works in which a single song is performed or a phrase is uttered, without beginning or end, in a nearly continuous loop.”

Max Hollein, Director of The Met, is quoted as saying, “With Death Is Elsewhere , Kjartansson has created an all-encompassing environment, weaving together music, poetry, and the dramatic Icelandic landscape to create a fully immersive environment and an intimate experience. It is a privilege to debut the latest work by this extraordinary artist.” 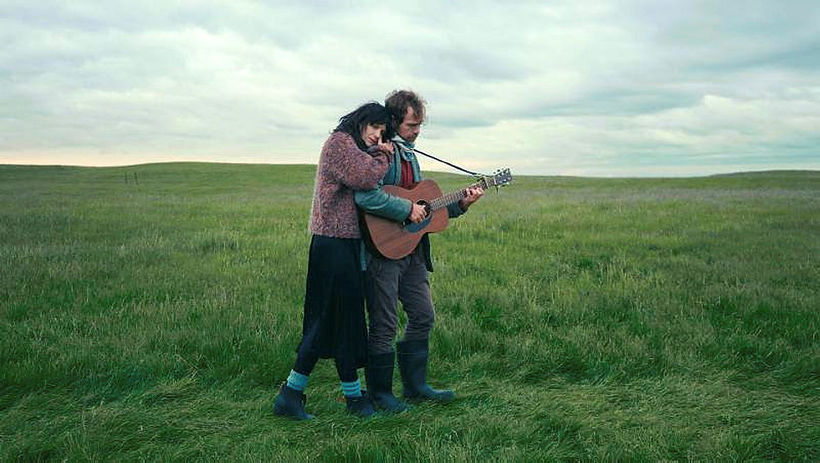 The video features two sets of twins, Kristín Anna and Gyða Valtýsdóttir and Aaron and Bryce Dessner, all of whom are musicians and the latter two being members of the US band The National. They walk around the audience, circle after circle, playing and singing the same song.

In an interview with Einar Falur Ingólfsson in Morgunblaðið, Ragnar explains  that seven cameras were placed in a circle in the field, and three microphones in front of each of them, which is why the audience senses the movement of the sound so well. 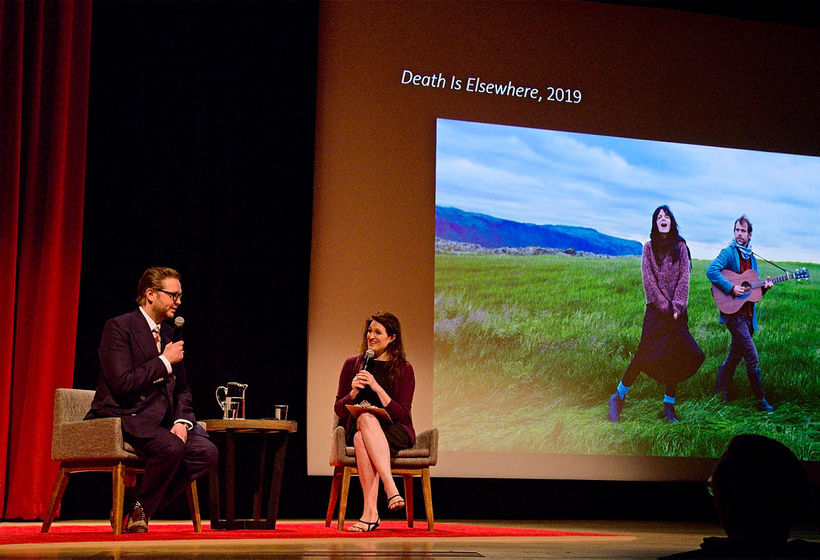 He is very pleased with the installation of the work at the Met. “This is just what I was looking for, to play with magic and deconstruction at the same time. The landscape is stunning, and they just walk in circles in the field of Nes!” he tells Morgunblaðið .

“This is, in fact, a work about love and death. And it’s beautiful to hear, inside the Metropolitan, the words “Death is elsewhere!” sung, amongst all these dead artists; their works are here, but death is not here,” Ragnar concludes.

Ragnar Kjartansson (born 1976) lives and works in Reykjavík. His works have enjoyed tremendous success and have been exhibited in many of the world’s major museums. The exhibition runs through September 2.