“It’s like walking into the mouth of a monster, and what follows are three rooms with different color palettes.” That’s how  Nína Hjálmarsdóttir, critic for Morgunblaðið , describes the work of Hrafnhildur Arnardóttir at the Venice Biennale, which opened on Friday.

The art exhibition, titled May You Live in Interesting Times , runs in Venice, Italy, through November 2019. Eighty-seven nations participate. Iceland’s contribution this year is an exhibition by Hrafnhildur Arnardóttir (born in 1969), better known as Shoplifter. Her work, Chromo Sapiens, is made of synthetic hair in the most striking colors. 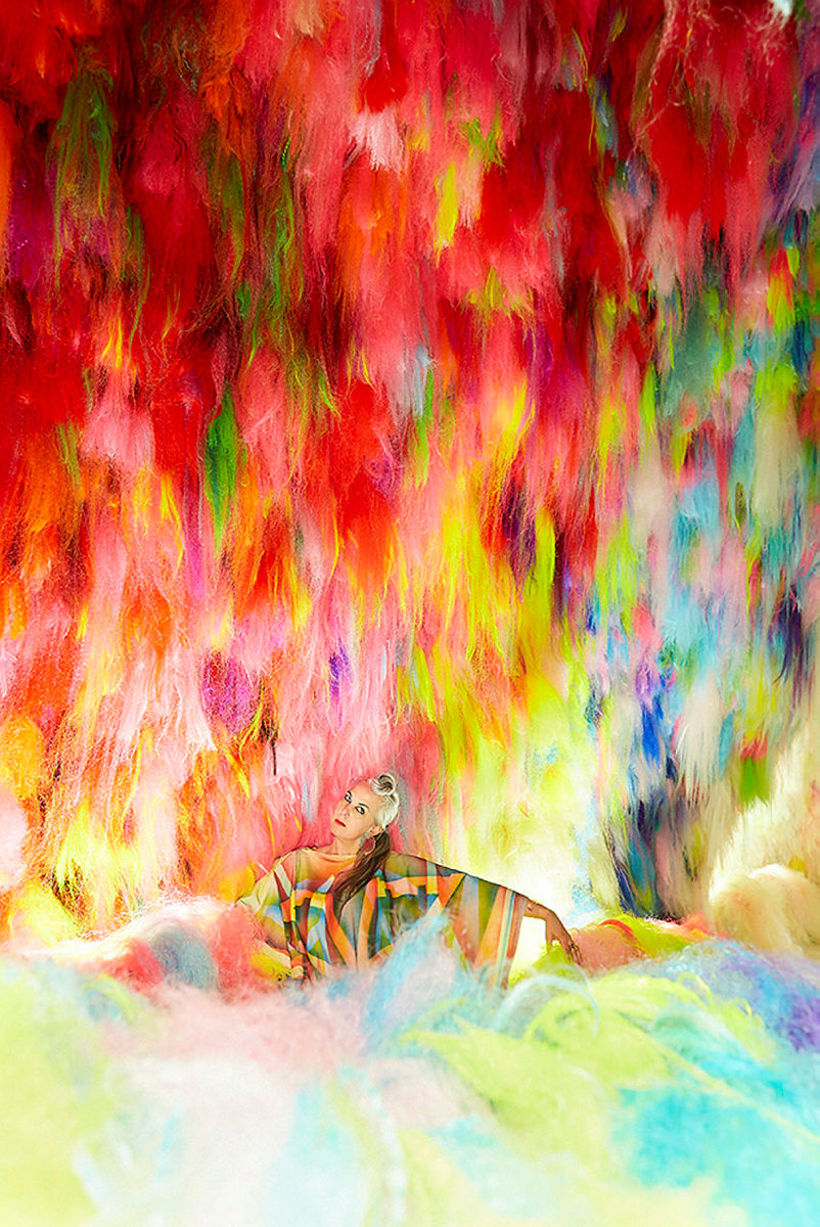 Hrafnhildur Arnardóttir by her work at the Venice Biennale. Photo: Elísabet Davíðsdóttir

For the past 17 years, Hrafnhildur has focused on exploring in detail the use and symbolic nature of hair and its visual and artistic uses. She uses large amounts of colorful synthetic hair in her work, reminiscent of clown’s hair or that of troll dolls.

The opening of Iceland’s exhibition space, located in an old warehouse on the island of Giudecca, was very well attended. The Icelandic band HAM, whose music complements Hrafnhildur’s work, entertained guests.

Hrafnhildur, who is based in New York City, adopted the artist name Shoplifter after a woman she introduced herself to at an art exhibition in New York misheard her name and answered, “Nice to meet you, Shoplifter.” She once told Morgunblaðið in an interview, “There is certain humor involved in daring to give yourself a name with such a negative meaning.”