Ride Your Bike to Work in May 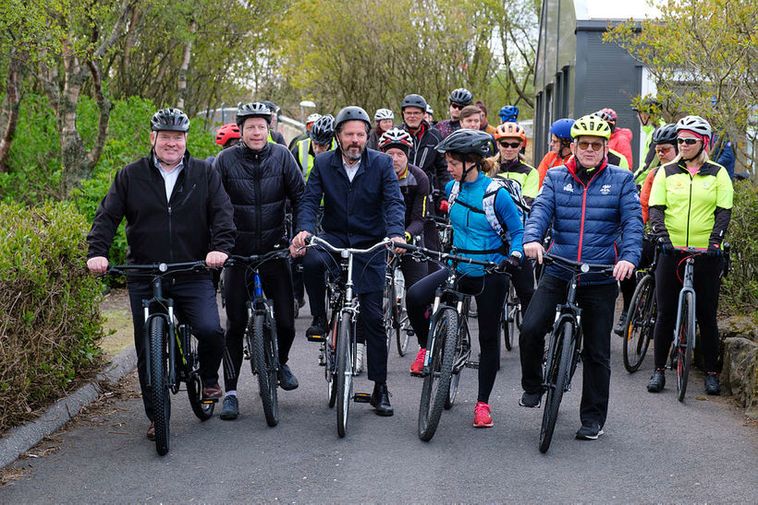 You may have noticed unusually many bikes on the streets of Reykjavík today. Possibly, you wondered why some of your coworkers came to work more awake than usual, with cheeks of a healthier color than last week.  A very likely explanation: the initiative Ride Your Bike to Work was launched in Laugardalur Park yesterday. This is the 17th year of the project, organized by the National Olympic and Sports Association of Iceland.

Cyclists were invited to stop by in Laugardalur Park yesterday morning, where refreshments were offered and speeches given by Hafsteinn Pálsson, head of the public sports division of the National Olympic and Sports Association of Iceland, Minister of Transport and Local Government Sigurður Ingi Jóhannsson, Minister for the Environment Guðmundur Ingi Guðbrandsson, and Reykjavík Mayor Dagur B. Eggertsson. Participants even got to ride their bikes alongside the aforementioned officials.

The program runs through May 28.

“The initiative is designed for employees of the country’s work places, and participation has increased manifold since it was first launched 16 years ago,” a press release states. “During the past decade, bicycling has received great attention as a healthy transportation choice. It is fair to assume that many people have adopted bicycling as a lifestyle, as a result of participating in the project. The National Olympic and Sports Association of Iceland is proud to have supported an improved bicycling culture in Iceland and caused work places and municipalities to improve access for cyclists.”

So, if you’re tired of searching for a parking spot, or looking for an easy way to get in shape, now is the time to go down to your basement and dig out that old bike of yours. Bring the pump along. The tires, just like yourself, will need some fresh air.